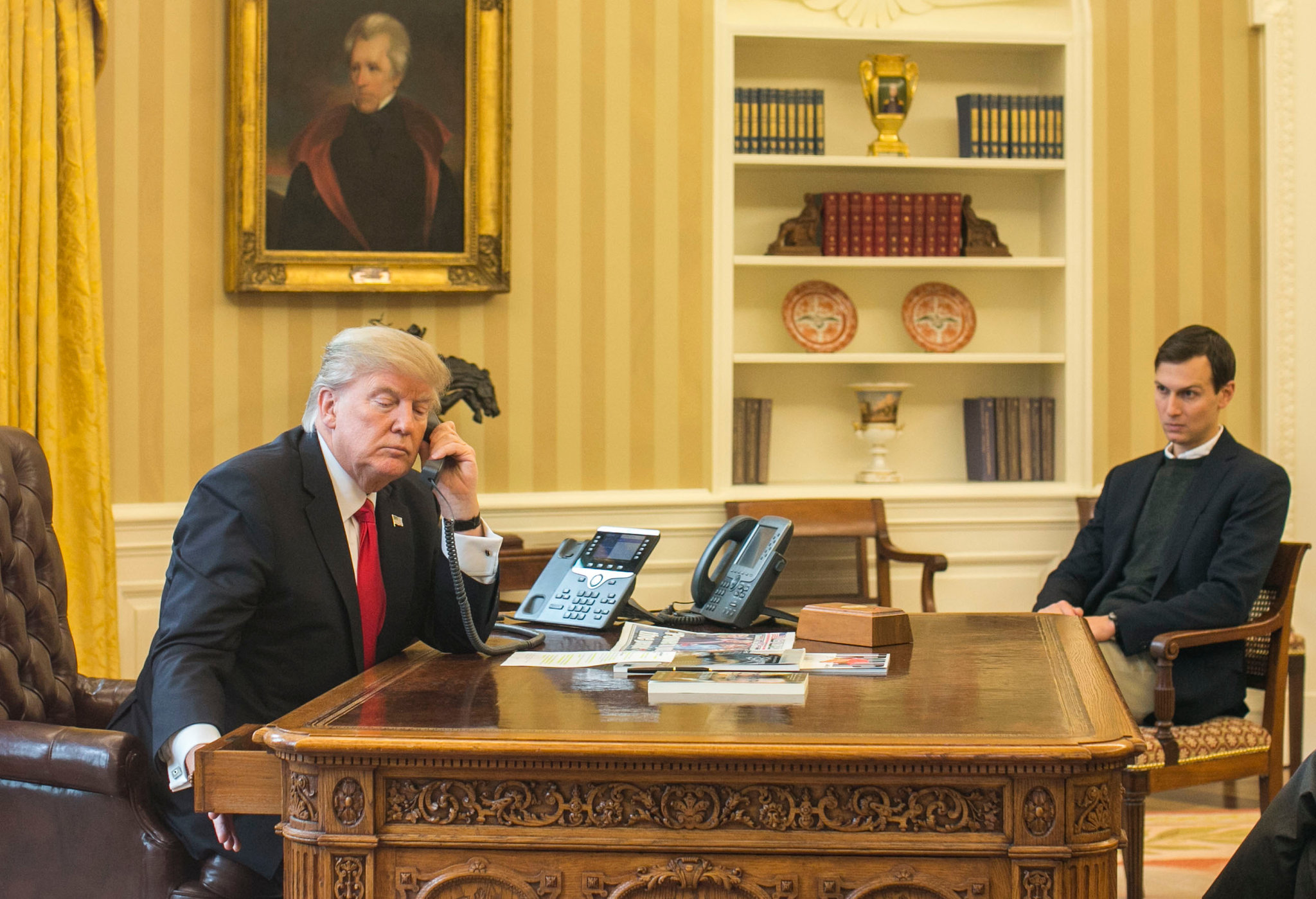 Jared Kushner, President Trump's son-in-law and senior adviser, failed to mention having met with the Russian ambassador and the head of a Russian bank when applying for national security clearance.

When Jared Kushner, President Trump's son-in-law and senior adviser, sought the top-secret security clearance that would give him access to some of the nation's most closely guarded secrets, he was required to disclose all encounters with foreign government officials over the last seven years.

But Mr. Kushner did not mention dozens of contacts with foreign leaders or officials in recent months. They include a December meeting with the Russian ambassador, Sergey I. Kislyak, and one with the head of a Russian state-owned bank, Vnesheconombank, arranged at Mr. Kislyak's behest. 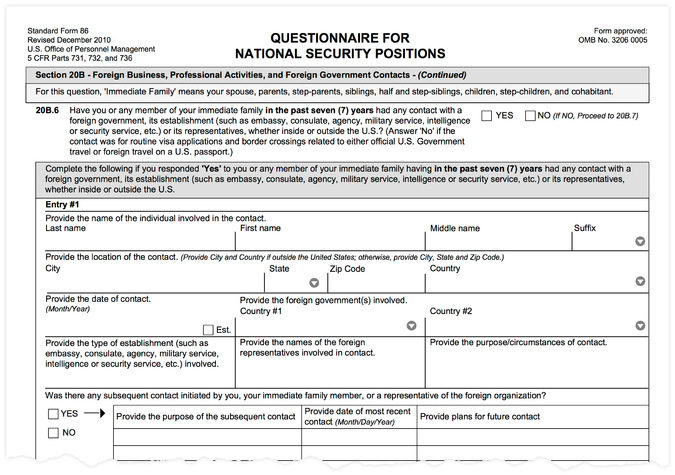 The national security questionnaire asks applicants for dates and details of all contacts with representatives of foreign governments.

The omissions, which Mr. Kushner's lawyer called an error, are particularly sensitive given the congressional and F.B.I. investigations into contacts between Russian officials and Trump associates. The Senate Intelligence Committee informed the White House weeks ago that, as part of its inquiry, it planned to question Mr. Kushner about the meetings he arranged with Mr. Kislyak, including the one with Sergey N. Gorkov, a graduate of Russia's spy school who now heads Vnesheconombank.

Mr. Kushner's omissions were described by people with direct knowledge of them who asked for anonymity because the questionnaire is not a public document.

While officials can lose access to intelligence, or worse, for failing to disclose foreign contacts, the forms are often amended to address lapses. Jamie Gorelick, Mr. Kushner's lawyer, said that the questionnaire was submitted prematurely on Jan. 18, and that the next day, Mr. Kushner's office told the F.B.I. that he would provide supplemental information. 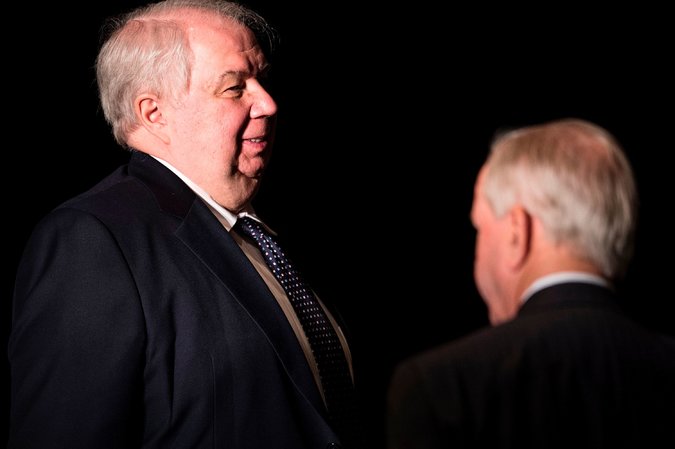 The Russian ambassador, Sergey I. Kislyak, met with Jared Kushner in December.

Mr. Kushner's aides said he was compiling that material and would share it when the F.B.I. interviewed him. For now, they said, he has an interim security clearance.

In a statement, Ms. Gorelick said that after learning of the error, Mr. Kushner told the F.B.I.: "During the presidential campaign and transition period, I served as a point-of-contact for foreign officials trying to reach the president-elect. I had numerous contacts with foreign officials in this capacity. ... I would be happy to provide additional information about these contacts." No names were disclosed in that correspondence.

Applicants for major national security positions must submit a lengthy F.B.I. questionnaire as part of a background check. They are asked to list the dates and details of all contacts with representatives of foreign governments. 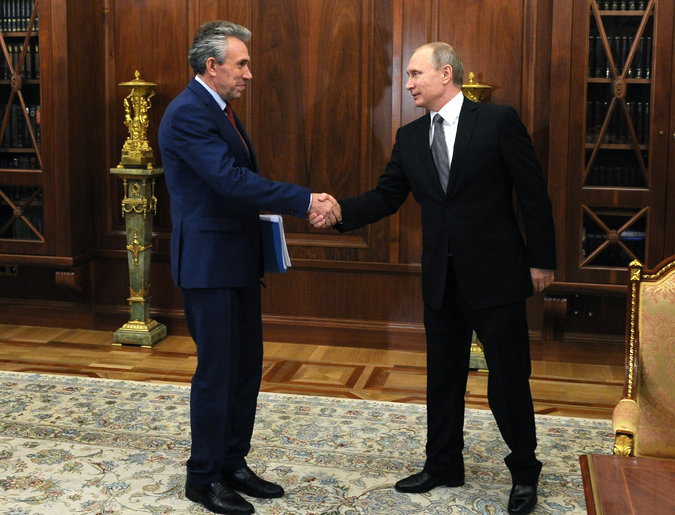 President Vladimir B. Putin of Russia, right, with Sergey N. Gorkov, a graduate of Russia's spy school who heads the state-owned Vnesheconombank.

This is not just bureaucratic paperwork. The form warns that "withholding, misrepresenting, or falsifying information" could result in loss of access to classified information, denial of eligibility for a sensitive job and even prosecution; knowingly falsifying or concealing material facts is a federal felony that may result in fines or up to five years imprisonment.

Clearance holders are often allowed to amend disclosure forms and avoid punishment if omissions are deemed oversights rather than deliberate falsifications, and prosecutions are rare.

Mr. Kushner is the second top White House official to have problems concerning his dealings with foreign officials. Michael T. Flynn, Mr. Trump's first national security adviser, had his security clearance suspended and was fired for misleading Vice President Mike Pence about the content of phone calls with the Russian ambassador during the transition.

The New York Times would like to hear from readers who want to share messages and materials with our journalists.

Last month, the F.B.I. director, James B. Comey, confirmed to Congress that his agency was investigating Russia's interference in the election and the possibility of collusion between the Trump campaign and Russia.

Vnesheconombank is a target of American sanctions imposed in response to Moscow's annexation of Crimea and aggression in Ukraine. It is controlled by members of President Vladimir V. Putin's government, including Prime Minister Dmitri A. Medvedev, and has been used to bail out oligarchs favored by Mr. Putin and to fund pet projects like the 2014 Winter Olympics in Sochi.

Mr. Kushner has said he did not discuss sanctions with Mr. Gorkov, the Russian banker. Mr. Gorkov declined to comment on the subject of whether sanctions were discussed.

A version of this article appears in print on April 7, 2017, on Page A19 of the New York edition with the headline: Undisclosed on Forms, Kushner Met 2 Russians.