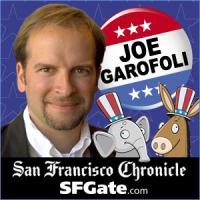 She did it by defeating Tommy Thompson, the former four-term Wisconsin GOP governor and former George W. Bush cabinet member who is immensely popular in the Badger State.

Neither Baldwin nor Thompson made her sexual orientation an issue in the campaign. But as Baldwin, a seven-term congresswoman, told The Guardian recently:

As for the same-sex marriage measures on the ballot in Maryland, Maine and Washington state, they’re so close that the results may not be known tonight.