Is it a silly prank, a Pagan ritual, or a genius discovery about the next era of mass transit? In a picture posted to Flickr by artist James Bridle—known for coining the term, "New Aesthetic"—a car is sitting in the middle of a parking lot has been surrounded by a magic salt circle. In the language of road markings, the dotted white lines on the outside say, "Come On In," but the solid white line on the inside says, "Do Not Cross." To the car's built-in cameras, these are indomitable laws of magic: Petrificus Totalus for autonomous automobiles.

Captioned simply, "Autonomous Trap 001," the scene evokes a world of narratives involving the much-hyped technology of self-driving cars. It could be mischievous hackers disrupting a friend's self-driving ride home; the police seizing a dissident's getaway vehicle; highway robbers trapping their prey; witches exorcizing a demon from their hatchback. 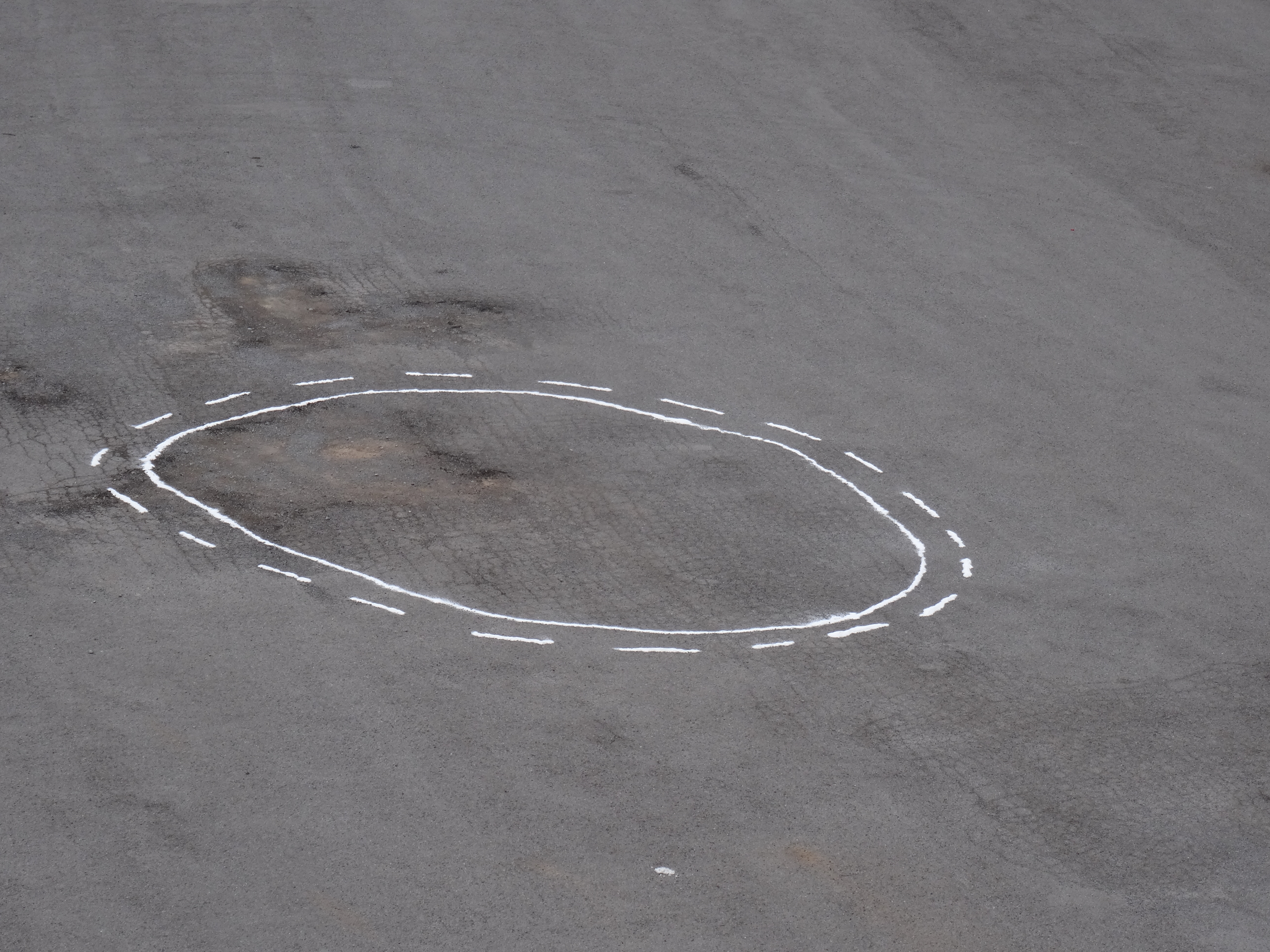 Self-driving cars aren't there yet, but the artist-philosopher-programmer's thought-provoking photo is a reminder that we'll have to start thinking about these things soon. If a self-driving car is designed to read the road, what happens when the language of the road is abused by those with nefarious intent?

Bridle has carved out a space for himself among those thinking 10-100 years in the future. His website Booktwo.org is lousy with philosophical treatises, thought experiments, creative code, and art projects. His "collaboration with technology" Five Eyes was part of the V&A Museum's privacy-oriented show All of This Belongs to You, which also included the remains of whistleblower Edward Snowden's smashed hard drive full of leaked documents. Bridle has spent the last decade making drones more relatable, uncovering the mysteries of weather prediction, and otherwise trying to elucidate the invisible technologies—usually military in origin—that rule our world.

Recently Bridle has become fascinated by autonomous vehicles. Self-driving cars will be available to the public soon. Singapore is considering the purchase of a fleet of 300,000 driverless taxis to replace the 780,000 manned ones currently clogging their streets. Google's self-driving car initiative, now called Waymo, has been investing in the technology since 2009. Elon Musk's Tesla is already implementing limited automated features in the United States, and even slow-moving large scale car manufacturers like Ford are getting into the game. If driverless cars become anywhere as ubiquitous as the horseless carriage, innocuous vandalism like the Autonomous Trap is just the beginning the problems engineers will have to solve.

Now Bridle is trying to build his own self-driving car, and made the sardonic artwork Autonomous Trap 001 in the process. He's released all the code developed in pursuit of the DIY self-driving car here. We spoke to Bridle to learn more about the circumstances behind this vague photo series and better understand his apprehension and curiosity about the robot chauffeurs of the future. 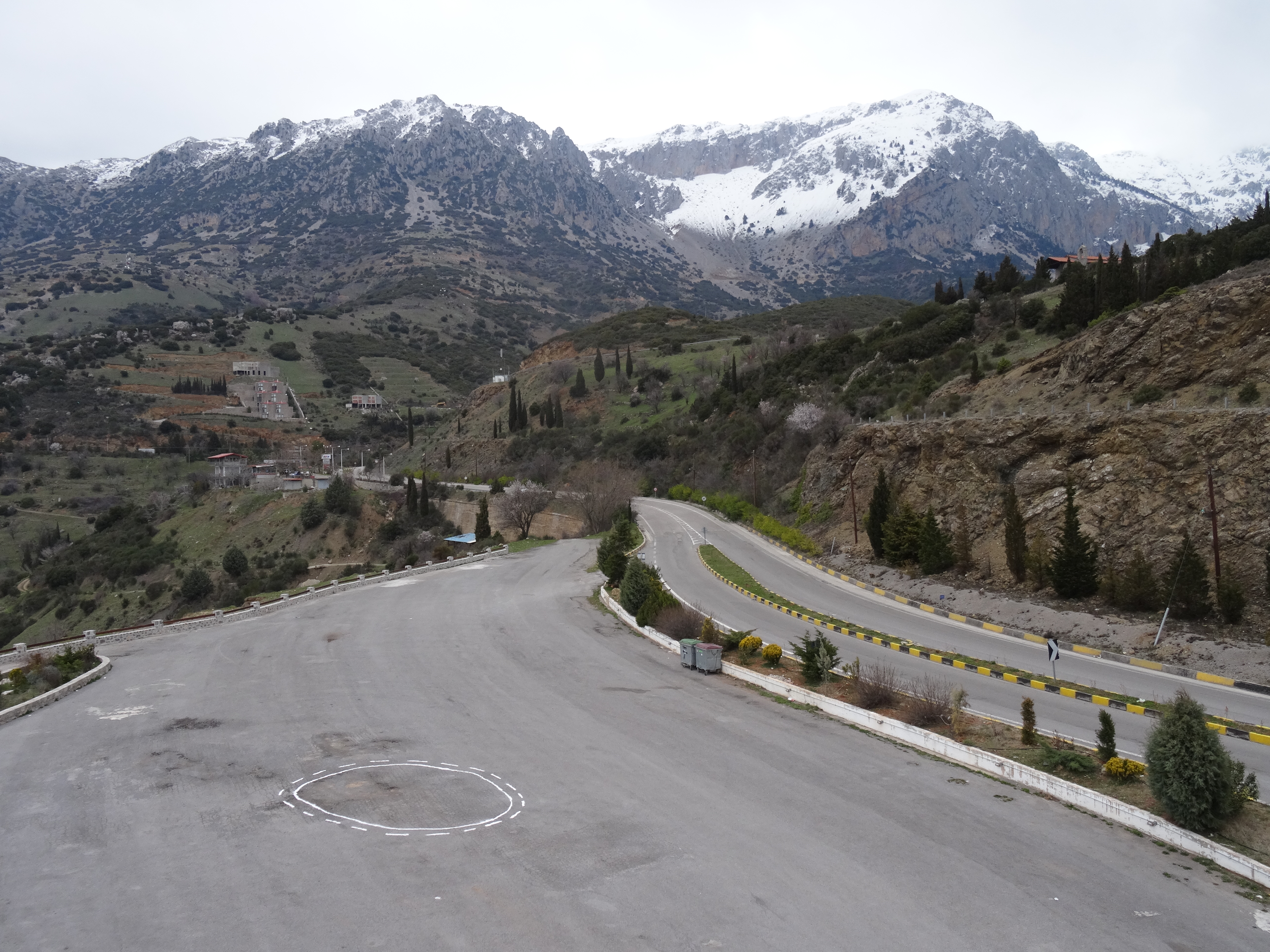 Creators: What are we looking at here? Can you give me a brief explanation of Autonomous Trap 001?

James Bridle: What you're looking at is a salt circle, a traditional form of protection—from within or without—in magical practice. In this case it's being used to arrest an autonomous vehicle—a self-driving car, which relies on machine vision and processing to guide it. By quickly deploying the expected form of road markings—in this case, a No Entry glyph—we can confuse the car's vision system into believing it's surrounded by no entry points, and entrap it.

Is this actually an autonomous car, or is it conceptual?

I don't actually have a self-driving car, unfortunately—I don't think any have made it to Greece yet, plus the cost issue—but I do have a pretty good understanding of how the things work, having been researching them for a while. And the one in the picture is a research vehicle for building my own. As usual, I've got totally carried away in the research, and ended up writing a bunch of my own software, rigging up cameras and building neural networks to reproduce some of the more interesting currents in the field. Like the trap, I wouldn't entirely trust what I've built, but the principles are sound.

Where did you take these pictures?

I made this Trap while training the car on the roads around Mount Parnassus in Central Greece. Parnassus feels like an appropriate location because, as well as being quite spectacular scenery and wonderful to drive and hike around, it's the home of the Muses in mythology, as well as the site of the Delphic Oracle. The ascent of Mount Parnassus is, in esoteric terms, the journey towards knowledge, and art. 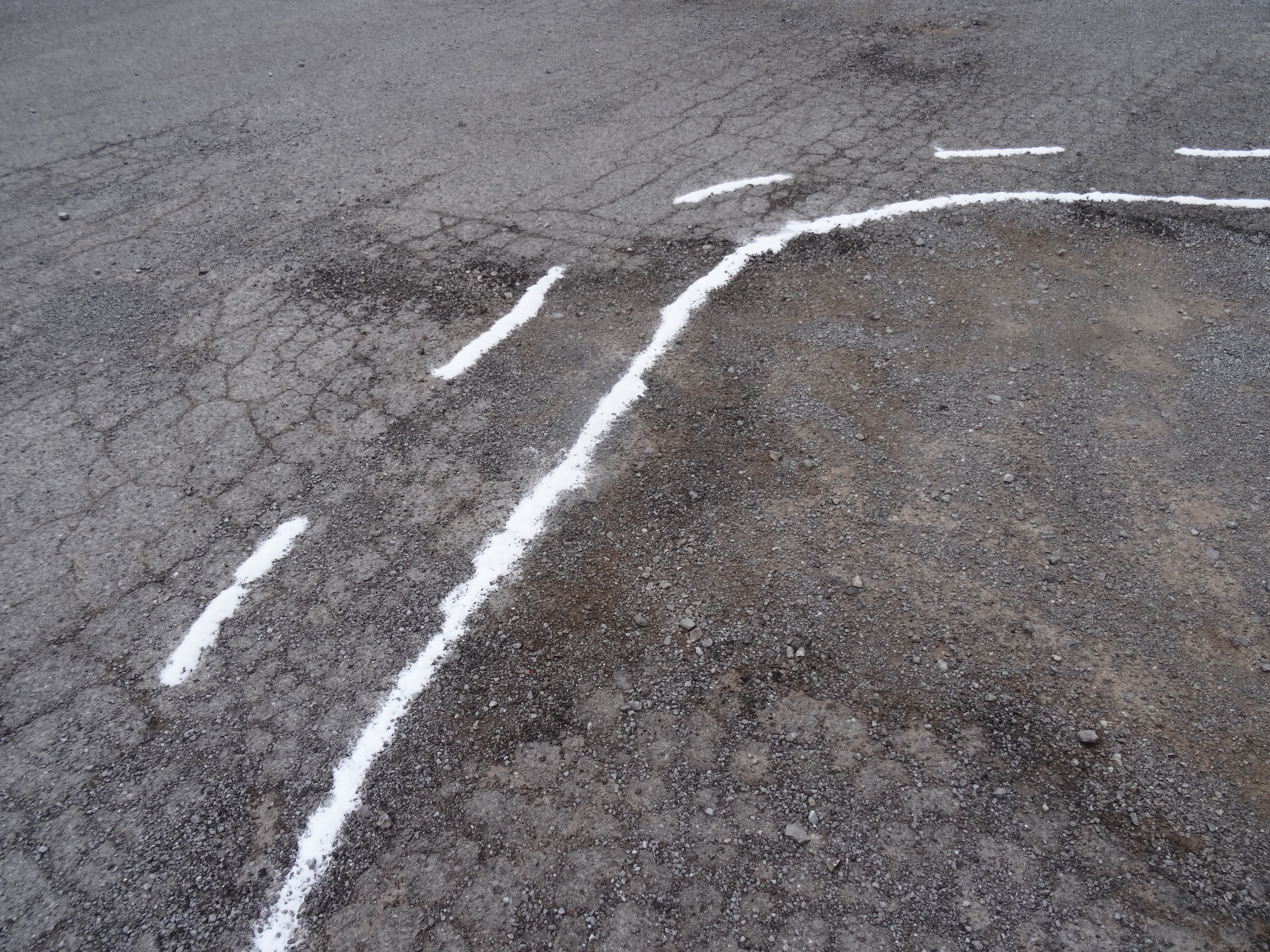 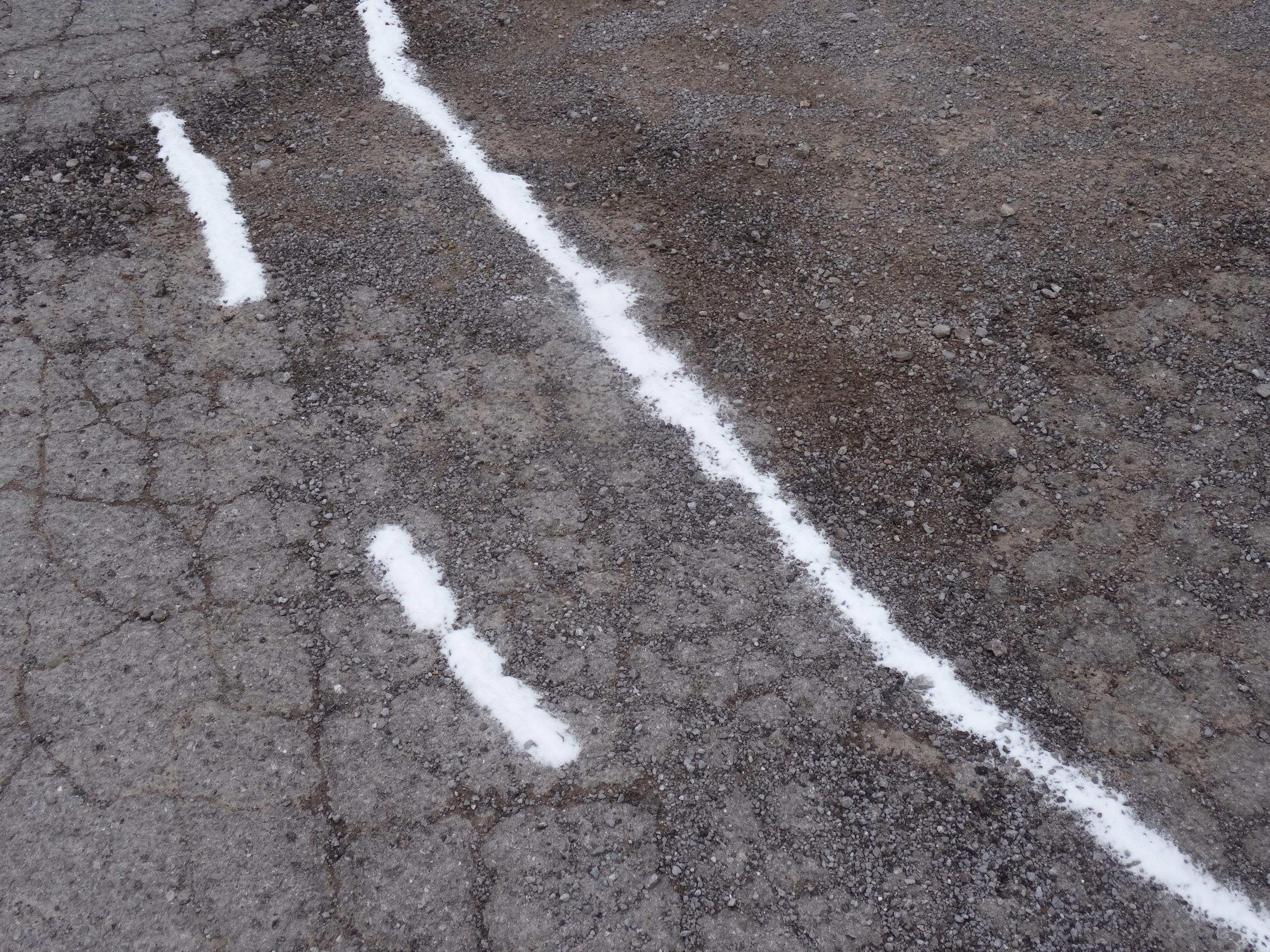 What is your role in the project and is there anyone else involved? What planning and research did you do to create that shot?

It's just me. I did a project last year called Cloud Index Index which used satellite imagery and machine learning to explore politics and computational thinking, and I had a lot of help on that, particularly from Gene Kogan, another artist who works with machine learning. This time I wanted to do it all myself—mostly to show that I could, and therefore, in theory and accepting an immense amount of privilege and good fortune, anyone can. These technologies are for everyone: you can read the papers, repeat the findings, study the code, build your own tools. This radically reshapes the way you understand and interact with the world, and is something I think is quite crucial to propagate in the current age.

Why did you create Autonomous Trap 001, besides poking fun at an incredibly hyped technology?

It's part of a body of work / research / writing / fooling about to explore and understand the contemporary technologies of automation, in order to better use them, and in some cases to disrupt and oppose them.

Self-driving cars bring together a bunch of really interesting technologies—such as machine vision and intelligence—with crucial social issues such as the atomization and changing nature of labor, the shift of power to corporate elites and Silicon Valley, and the quasi-religious faith in computation as the only framework for the production of truth—and hence, ethics and social justice.

The Trap falls into the category of resistance, while the attempt to build my own car is a process of understanding how the dominant narratives of these technologies are produced, and could be changed. I don't see why cab drivers of the future shouldn't be chalking white lines on side streets to derail self-driving Ubers which are putting them out of work, and I also think we need more eyes and hands on the tools which are shaping all of our futures.

Were there any unexpected challenges in creating the piece?

I ran out of salt, and had to drive back to the nearest village to buy a few more kilos. Luckily, salt, unlike bandwidth and computational power, is a pretty cheap resource. Also, I should have pulled my trousers up for the video.

This is Autonomous Car Trap 001. Do you have more planned?

I have a habit of numbering things, but yes, there will definitely be more. Like the Drone Shadows, which proliferate to this day, consciously starting a series seems to have generative effects.

Where does this fit in your larger body of work?

It's all part of the same attempt to understand the world and act in it, if that doesn't sound too pompous. This work follows directly from projects on machine vision, artificial intelligence, militarized technology, big data etc.—as well as more, shall we say, poetic interventions into emerging technologies. It's one big rolling project, with occasional bouts of specific obsession.

What's next for you? What other projects are you working on?

This body of work is in part in preparation for a solo exhibition which opens next month in Berlin, at Nome Gallery, called Failing to Distinguish Between a Tractor Trailer and the Bright White Sky. I'll be showing a bunch of different outcomes of the research, including interpretations of the machine vision systems I've been building, and the results of the self-driving car training—and hopefully connecting them to some of my more mythological interests.

I've also got a new commission opening in London next week, as part of Convergence—a series of billboards in East London continuing my search for the Render Ghosts. Beyond that, I'm mostly working on writing projects about the new dark age and the relationship between technology, knowledge, understanding, and agency. 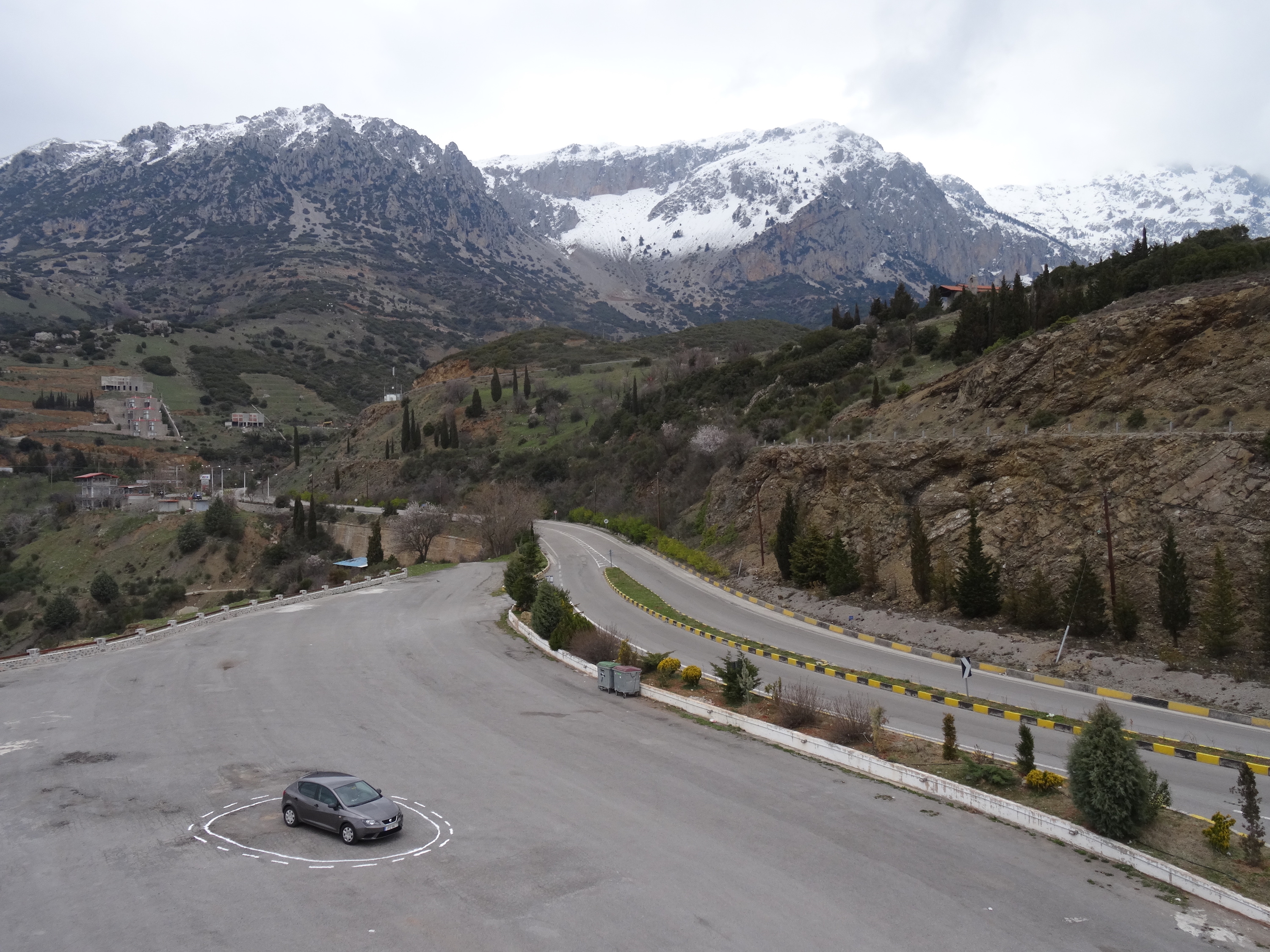 Keep up with James Bridle's work on his website and read more about in the links below.

Here's What Happens When You Mix Weather, Political Data, and Machine Learning