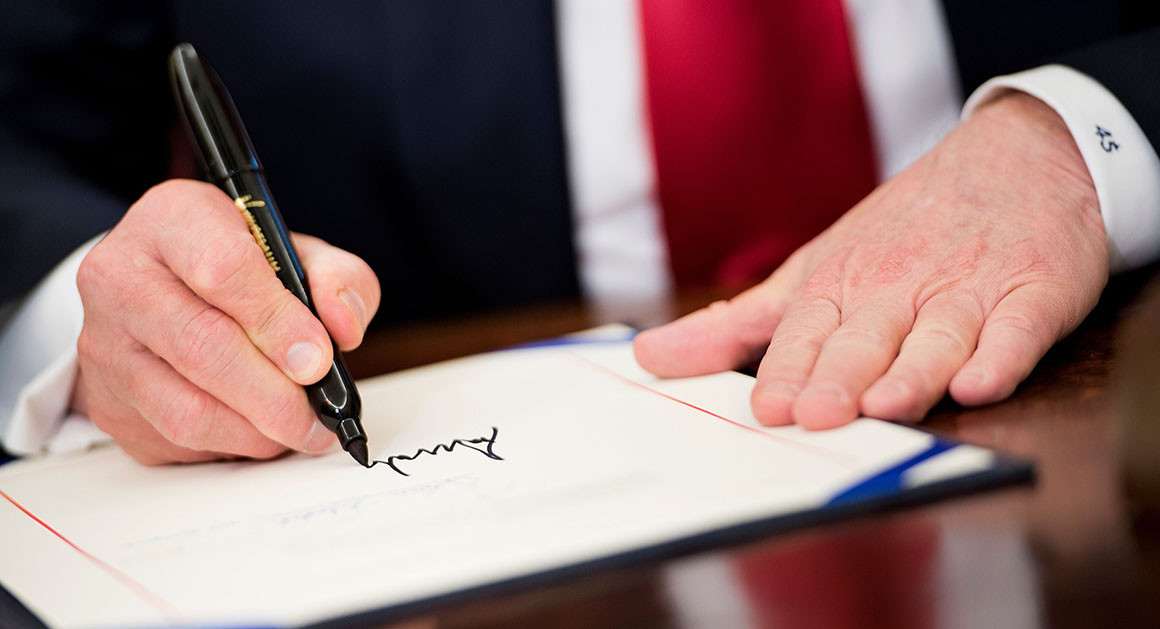 Solomon Lartey spent the first five months of the Trump administration working in the Old Executive Office Building, standing over a desk with scraps of paper spread out in front of him.

Lartey, who earned an annual salary of $65,969 as a records management analyst, was a career government official with close to 30 years under his belt. But he had never seen anything like this in any previous administration he had worked for. He had never had to tape the president's papers back together again.

Armed with rolls of clear Scotch tape, Lartey and his colleagues would sift through large piles of shredded paper and put them back together, he said, "like a jigsaw puzzle." Sometimes the papers would just be split down the middle, but other times they would be torn into pieces so small they looked like confetti.

It was a painstaking process that was the result of a clash between legal requirements to preserve White House records and President Donald Trump's odd and enduring habit of ripping up papers when he's done with them — what some people described as his unofficial "filing system."

Under the Presidential Records Act, the White House must preserve all memos, letters, emails and papers that the president touches, sending them to the National Archives for safekeeping as historical records.

But White House aides realized early on that they were unable to stop Trump from ripping up paper after he was done with it and throwing it in the trash or on the floor, according to people familiar with the practice. Instead, they chose to clean it up for him, in order to make sure that the president wasn't violating the law.

Staffers had the fragments of paper collected from the Oval Office as well as the private residence and send it over to records management across the street from the White House for Larkey and his colleagues to reassemble.

"We got Scotch tape, the clear kind," Lartey recalled in an interview. "You found pieces and taped them back together and then you gave it back to the supervisor." The restored papers would then be sent to the National Archives to be properly filed away.

Lartey said the papers he received included newspaper clips on which Trump had scribbled notes, or circled words; invitations; and letters from constituents or lawmakers on the Hill, including Senate Minority Leader Chuck Schumer.

"I had a letter from Schumer — he tore it up," he said. "It was the craziest thing ever. He ripped papers into tiny pieces."

Lartey did not work alone. He said his entire department was dedicated to the task of taping paper back together in the opening months of the Trump administration.

One of his colleagues, Reginald Young Jr., who worked as a senior records management analyst, said that during over two decades of government service, he had never been asked to do such a thing.

"We had to endure this under the Trump administration," Young said. "I'm looking at my director, and saying, 'Are you guys serious?' We're making more than $60,000 a year, we need to be doing far more important things than this. It felt like the lowest form of work you can take on without having to empty the trash cans."

The White House did not comment on the president's paper-ripping habit. According to Young and Lartey, staffers in the records department were still designated to the task of taping together the scraps as recently as this spring.

Lartey and Young described a system that stands in stark contrast to how records management was conducted under the Obama administration, which ran a structured paperwork process.

"All of the official paper that went into [the Oval Office], came back out again, to the best of my knowledge," said Lisa Brown, who served as President Barack Obama's first staff secretary. "I never remember the president throwing any official paper away."

Brown described a regimented process for dealing with presidential records. She said all paper that was going to the president "would go in a folder with labels — one color for decision memos, for example, and another one for letters. Documents would go out to the president and then come back to the staff secretary's office in the same folder for distribution and handling. It was a really structured process."

Brown said Obama had an eye on preserving documents for history — even ones he was not technically required to send to the National Archives. "I remember the day he sent down to me his race speech from the campaign, handwritten," she said. "All of the campaign material didn't need to come into the White House or go to Archives."

Trump, in contrast, does not have those preservationist instincts. One person familiar with how Trump operates in the Oval Office said he would rip up "anything that happened to be on his desk that he was done with." Some aides advised him to stop, but the habit proved difficult to break.

Despite the president's apparent disregard of the Presidential Records Act, sources said, aides around him have tried to take an overly inclusive approach to what would be considered a presidential record.

Anything that's not purely personal — even just a note handed to an aide at a rally that was passed on to Trump — has been considered a record deemed worthy of being sent to records, where staffers could make sure the White House was being compliant with the law.

That team is now smaller, after many of the career officials were cleared out earlier this year.

Lartey, 54, and Young, 48, were career government officials who worked together in records management until this spring, when both were abruptly terminated from their jobs. Both are now unemployed and still full of questions about why they were stripped of their badges with no explanation and marched off of the White House grounds by Secret Service.

Young agreed to speak to POLITICO after this reporter contacted him to inquire about his termination. He then put this reporter in touch with Lartey, whose story of his dismissal — and the work he was asked to do during his final year of work under the Trump administration — corroborated Young's account.

Both men originally agreed to speak to POLITICO for a story about why they believe they were unfairly terminated from jobs they expected to hold onto until they retired. Both said they were forced to sign resignation letters without being given any explanation for why they were being dismissed.

In the course of explaining what their work at the White House entailed, however, both described in detail the process of taping back together scraps of paper that the president had ripped up and thrown out. Both said they were happy to discuss the oddity of a job they began to view as a sort of punishment.

They did not, however, approach a reporter with the intent to leak embarrassing information about the president.

Lartey said he was fired at the end of the work day on March 23, with no warning. His top-secret security clearance was revoked, he said. Later, five boxes of his personal belongings were mailed to his home.

"I was stunned," he said. "I asked them, 'Why can't you all tell me something?' I had gotten comfortable. I was going to retire. I would never have thought I would have gotten fired." He signed a pre-written resignation letter that stated he was leaving to pursue other opportunities. But he is still unemployed.

Young, who was terminated April 19, said he fought back and had his official status changed from "resigned" to "terminated."

"I was coerced to sign a resignation letter at that time," he said. "Then they escorted me to the garage and took my parking placard."

He described the firing as traumatic and frustratingly Kafkaesque. "The only excuse that I've ever gotten from them," he said, "was that you serve at the pleasure of the president."