This article was originally published in Danish on MUNCHIES DK

Jonathan Zagouri, 29, owns Zaggi's, a coffee bar in Copenhagen. What makes Zaggi's stand out in this city that drowns in cold brew, $6.50 lattes, and Aeropress filters is that all of Zaggi's coffee, cake, toast, and sandwiches cost $2.20. And Jonathan is not the prototype of a Copenhagen barista; he has been with combat troops in Afghanistan, he brews coffee for the upper class as well as street people, and he has declared war against Copenhagen coffee prices.

I started my coffee bar because something new had to happen in my life. I had been in the military for six years and wasn't really at ease with myself anymore. In 2011, I was deployed with combat troops from Slagelse, and I was seven months in Helmand in Afghanistan. It was quite a trip. 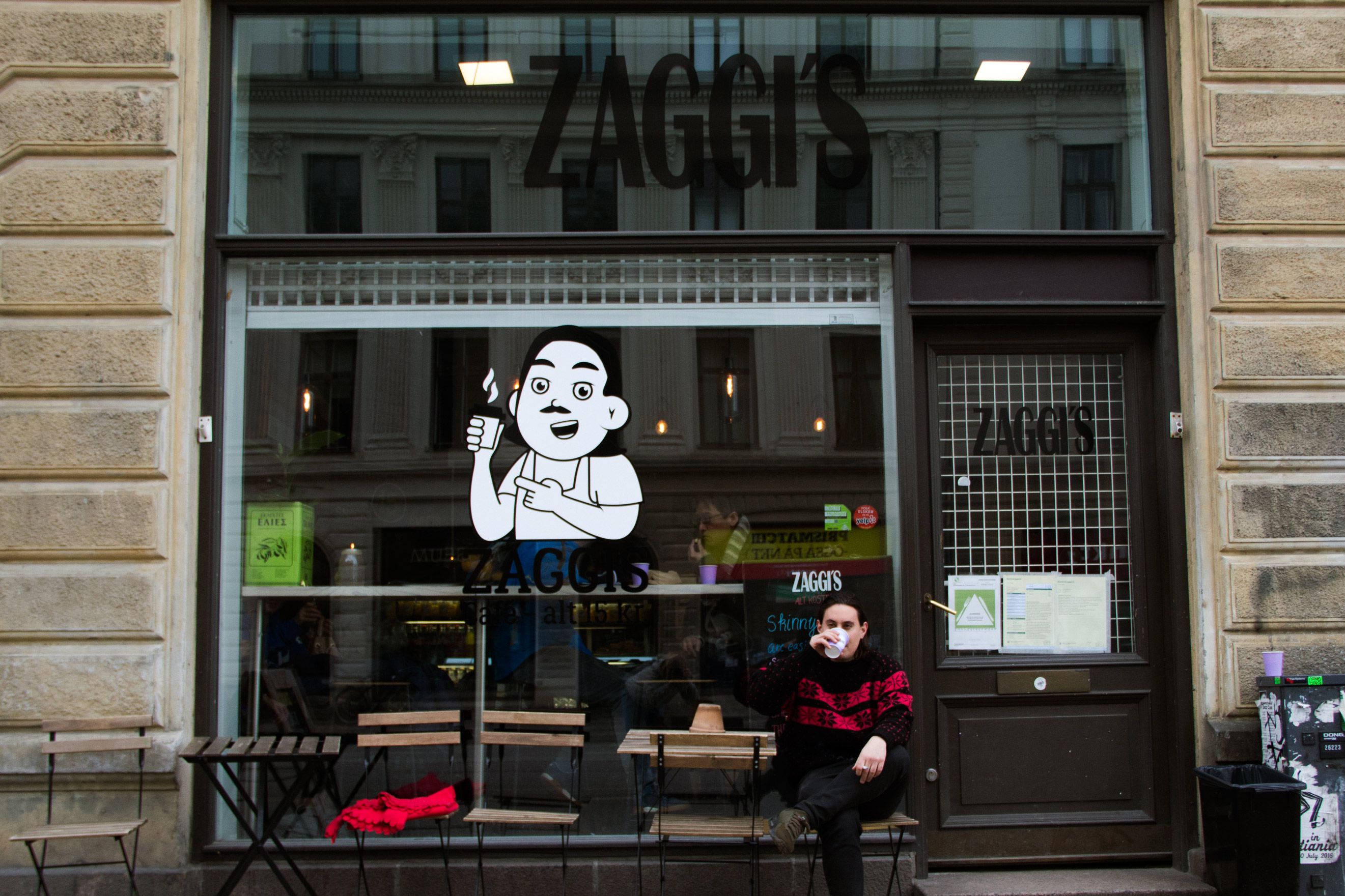 All photos by Amanda Bødker.

I had been home from Afghanistan for three years before I started my coffee project. I had already dabbled with the idea before I took off, but had neither the money nor the brain activity to make it reality. I was still a little boy when I went to Helmand. I had actually started civilian training paid by the military, but after I sat in the classroom for two weeks and wanted to shoot myself out of sheer boredom, I thought that something drastic had to happen.

So I borrowed a lot of money from anyone and everyone—from family and wherever I could get help. I really haven't earned a dime over the past two years. I have only paid off debt. I spent the money I made in Afghanistan on drinks and drugs and all sorts of other shit. Also for this reason, life was extra hard when I returned home. Being in the military will make you go a little crazy. You may get to the point where you bury yourself a little in your own thoughts and then find some ways to hold the thoughts at bay. And like so many others with that kind of problem, I found my solution in nightlife. 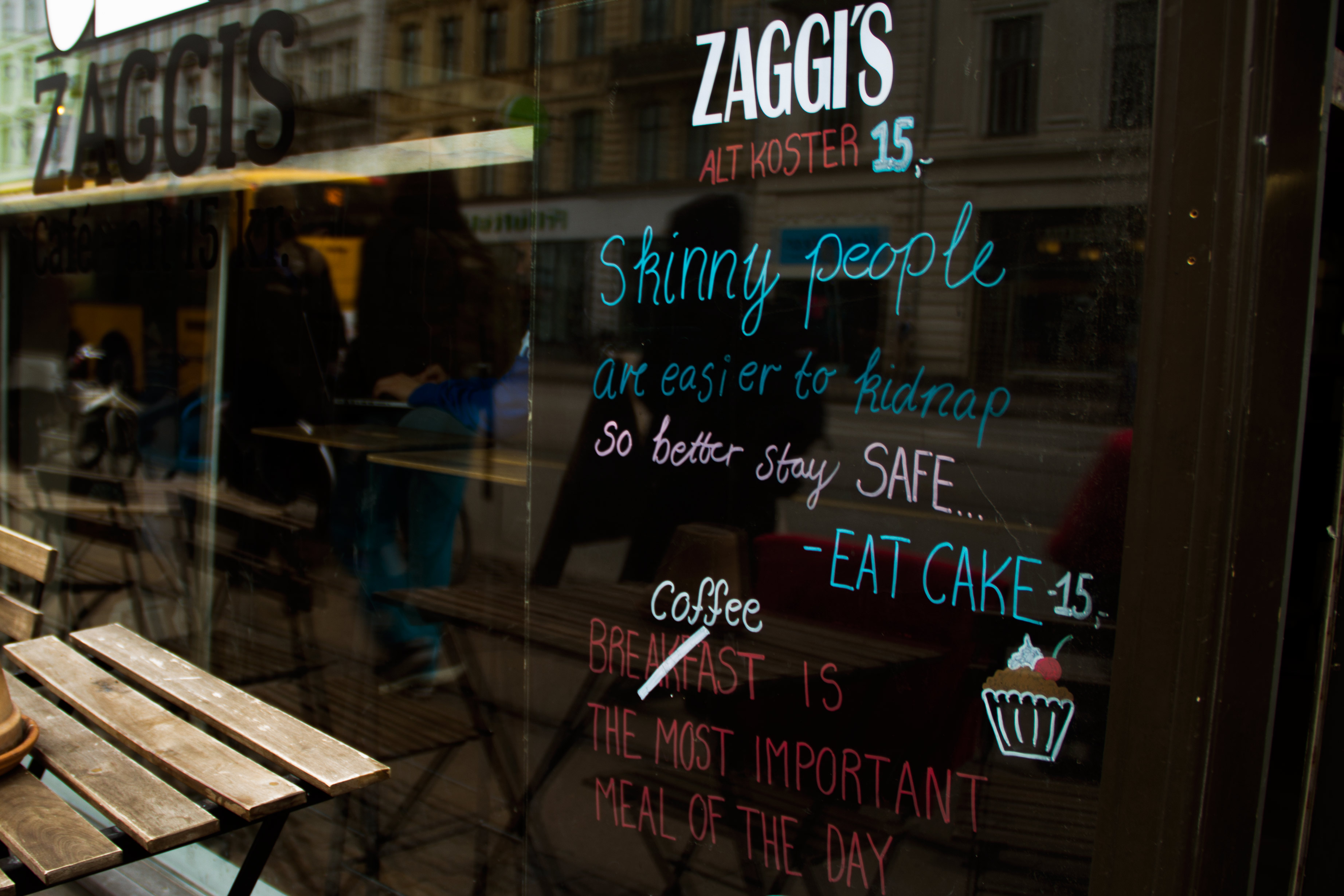 I can shut myself off, and when everything is real bad, my best friend is a bottle of whiskey. I cannot run from it. But it is something you learn to live with. And then you must try to minimize the damage to yourself and the people you care about. I didn't see a psychologist for the first three or four years after I returned home, but I have started doing that now. It does help, but everything takes time. My coffee bar helps me a lot.

Nine out of ten mornings, I wake up thinking "Fuck this shit," but the fact that you create your own little parallel society with the regular customers does give me a life, something happy and positive. And I must remember to appreciate it. It is important, especially when you tend to have a somewhat negative view of the world. It gives me the surplus energy to send a smile to those of my customers who could really need it. 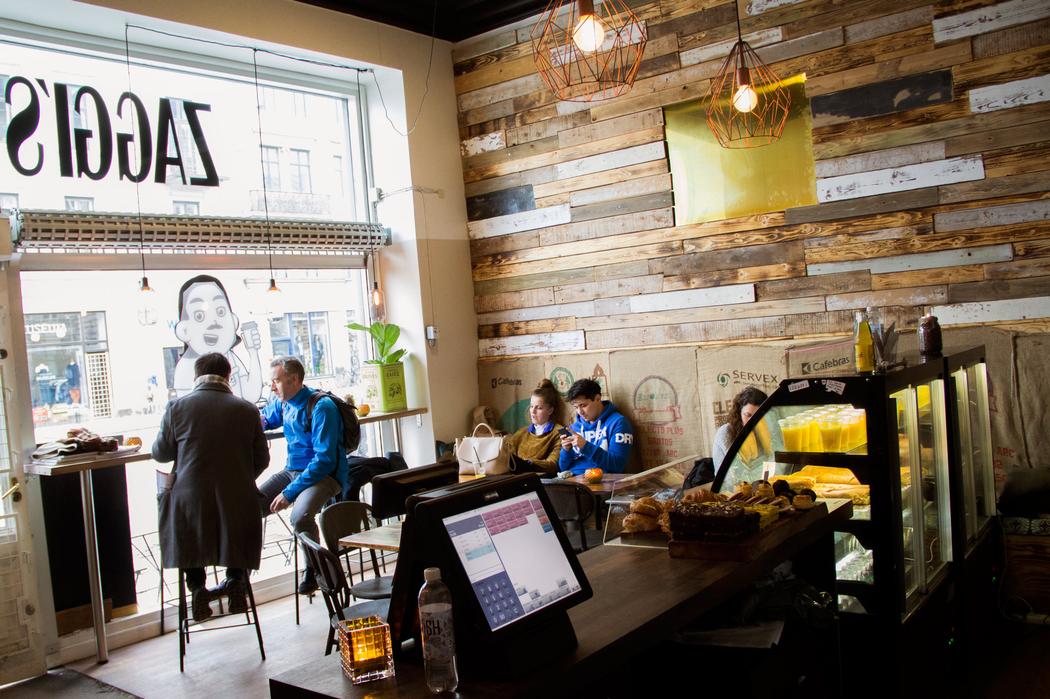 A cup of coffee should be something social and inclusive. The most important thing about a cup of coffee should therefore be that anyone should be able to afford it. And this is also the reason why everything in our coffee bar costs $2.20. I don't understand why things have to be so expensive. I think people would have a greater tendency to spend money in the city if the prices were slightly more normal. It started as a concept, but now it has become a matter of principle to me. Although I feel like saying "Fuck it" almost every day and raising the price, I don't do it. I feel that I have to prove wrong all those who laughed at me and the concept in the beginning.

We have many fun regulars. The fact that everything costs $2.20, of course, means all kinds of people come here—from abusers who tell tall tales and will pay later, to really rich people from the northern part of Zealand who are tired of paying too much in Hellerup, or wherever the hell they usually buy their coffee. You get to know some fun personalities, and you learn a lot about people. 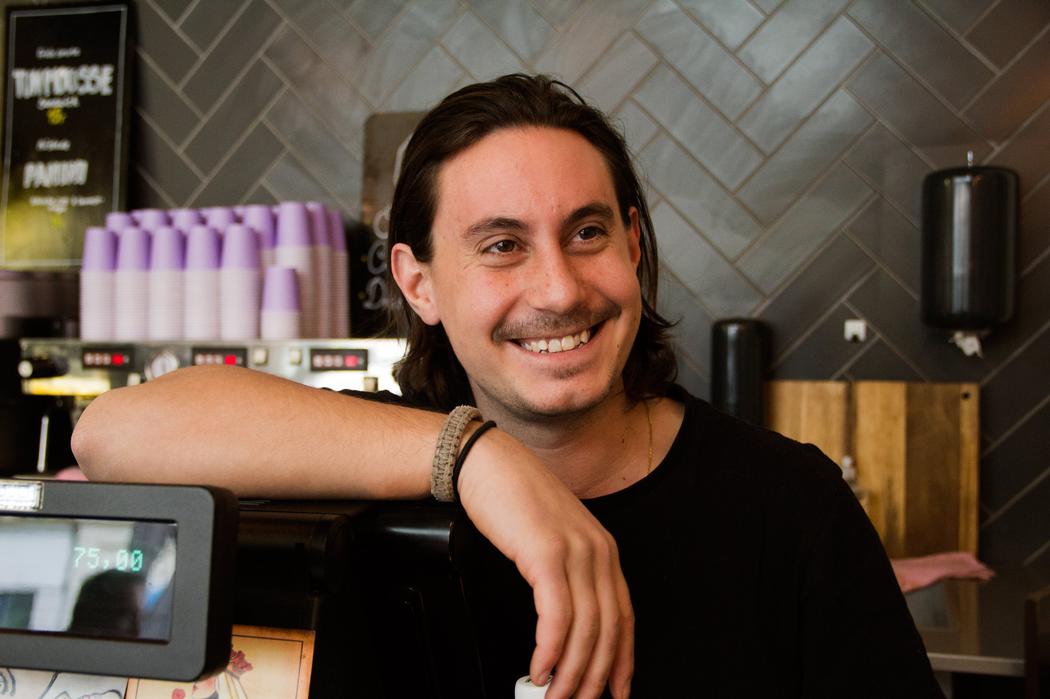 For example, I can chat with a person who has also had a difficult life and been through one thing or the other. And then you realize how alike we really are, that we all have our issues to contend with. We must remember to open up the floodgates once in awhile because it helps in the long run.

When I pass by a place where the cost of a latte is insane, I can't help but think: "I can make this for $1.40, and then I must pay $5.80 for it?" If I sit in a place and buy something where I know the original price, I have to hold my tongue. But my girlfriend is happy when we go out on the town, so I can't avoid it. If not for her, this project would have never succeeded. When we opened, she had already been a barista for four years, unlike me, who had no experience at all.

I'm a completely different person today than I was five years ago. And I think I've changed ten times over the past three years. You really get to know yourself when you have experienced such a deployment. Whether you have been deployed one or three times, I generally think that when you experience this part of the world—how to live there, and what reality is like—then I think you'll have a different outlook on life. I have become a little more hippie and a little more laid back. I no longer care so much about how society looks at me and what is expected of me. I don't feel I need that. It can be so shallow.