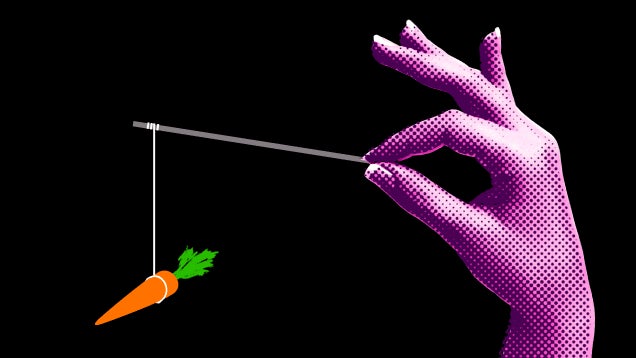 If I could go back in time before taking this job, I wish I knew what I was getting into.

I have made peace with who I am and what I do: I am a paid Hollywood friend.

For the last few years, I have been working as an assistant to a major celebrity. She regards me as her trusted confidante, her closest friend — and more often than not, her bitch.

I've never had a job like this before. I'm a Midwestern girl who only recently graduated college. My first jobs out of college were fairly straight ahead assistant positions: filing, fetching and general grunt work. But when I moved to Los Angeles and was introduced to The Celebrity, I was told that this was the job of a lifetime. "Do you know how many people would kill for this position?" my best friend told me about the opportunity. So I accepted it without hesitation.

Now I don't even remember what my life used to be like.

Never did I expect some of the tasks I've been assigned to do. I've had to do everything from wax my boss's car in front of everyone as they looked at me with both contempt and pity (this was so far from my job description it's not even funny) to driving back 200 miles to fetch the boss's dog because she suddenly decided she missed him. This untrained, unruly dog sat next to me in the passenger's seat and barked his freaking head off the entire way.

"I hate you," I muttered about the dog under my breath the entire drive back. At least I thought it was going to be great to relax at my boss's summer house in luxury. Well, it turned out, she had decided to invite more people to stay with her — and I was forced to sleep in the garage on a beach lounge chair.

Yes, her dog had better accommodations than I did.

Of course there are good days, but it's the bad days you never forget. Like the one day that started with my boss greeting me with a coffee and the question: "So — who should we fire today?" It's like a game to her. To me, it's agony that some 22-year-old who looked at my boss the wrong way is now going to have her livelihood taken away on a whim, and I'm a part of it.

My first indication that things weren't right was when I realized that I was being put through a series of psychological tests my first few weeks on the job. It was like a maze to see whether I was quick on my feet, could keep a secret and most importantly, could withstand humiliation when she was having a terrible, no good, very bad day. It turns out, I could. More than I ever knew.

Here are the most important lessons I've learned for how to be a successful Paid Hollywood Friend (more successful, perhaps, than the ones portrayed in HBO's "Doll and Em," the inspiration for this story.)

1. You must tell the truth but not too much of it.

The first time I was told by my boss that she wanted me to be "brutally honest" with her because that's the kind of feedback she thrived on from her assistants, I stupidly believed her. She asked me to look over one of her recent internal videos. "Could I have done better?" she wanted to know. "I want you to be honest." I was. Big mistake. She looked at me horrified when I gave her a critique, and I never made the mistake again. Never be real the way you would be with a friend. Your other friends aren't giving you a paycheck.

2. When you are working with a celebrity, being accepted to the inner circle is the carrot constantly being dangled in front of you.

In the beginning you are an unknown quantity, still being tested, but once you work your way through the secret maze of trust you start seeing who gets invited to, say, the Hamptons or the exclusive party with all the A-listers and power players. And it can be awkward and hard. There might be people who work harder or are more deserving than you are, but you certainly cannot make that argument to your boss. And you can't bring it up with your co-workers, so there is this strange mean girls type jealousy going on constantly. There were times when I've been picked up on a helicopter and taken to a huge party that no one else got to go to — and the equivalent was as if on "Entourage" Turtle would get invited to something but E would be left out. It made no sense, and whatever you do, you can't point it out.

I realize a party doesn't sound like that big of a deal, but this isn't a dinner with your boss at IBM, this is one of the most coveted invites you'll ever experience — and your co-workers hate you if you get it and they didn't.

It's a snakepit, though, and the smart paid friends don't ever take their inner circle status for granted. If you have an annoying spouse or boyfriend, just that alone can get you kicked out of the group. There are no real loyalties here, just paid ones.

3. Everyone knows when you are playing the suckup game, but you still have to play it to the best of your ability.

To be a paid friend, you are constantly toggling back and forth between being an employee and being a friend. One thing is for certain though, you have to keep paying the requisite compliments day after day — just as you might turn in a timecard.

If there's one thing that all powerful people have in common, it's this: Insecurity. They suck in praise and compliments like a sponge.

4. Indulgence is important but you can't be a total yes-woman.

Complimenting is important ("Great job today") but blowing smoke will actually work against you. When your boss asks for tough decisions, don't just be a yes-woman, but also don't go too far. If something you are about to say would sting you, then you sure as hell shouldn't say it to your boss.

5. Being a paid friend is often like being a member of the mafia.

When you are in, you are in, but if you dare leave — you are dead to your old boss. I've seen it happen to friends of mine who actually expected to be congratulated when they found a new position and gave notice, but it never happens. Paid friends are just that. Our boss does not actually want us to thrive on our own. Our boss wants us to thrive — for sure — but it's for them, and only them. Once the door closes, it is shut.

6. Be prepared that your boss doesn't just expect you to join her on her weekend adventures, she also probably expects you to "produce the night" — and you better do it right.

I've had to call restaurants and nightclubs, drop my boss's name and ask that everything be prepared for us ahead of time (and to accommodate all my boss's little quirks). If the nightclub sucks or isn't ready for us, guess who gets the blame? If there aren't enough VIPs in attendance, that's on me, too. Your celebrity is your golden ticket to the event, so if you can't use it wisely in producing the night, you will never be forgiven.

7. What you see as a paid friend, you have to pretend you don't really see.

Infidelities, lies, drugs, salubrious stories told out of school, there are three magic words to remember: "This never happened."

The hardest part is never lording any knowledge you have over your boss. You might get yelled at for your daytime duties when just that weekend you were drunk with your boss and she was spilling her guts. But you can't. The boss relationship and the friend relationship gets so blended, it's enough to make you forget what the word friendship even means. On the bright side, at least you get thanked profusely for all your hard work and loyalty and dedication.

8. Don't ever get comfortable.

Just when you think you have your boss figured out, that's when you're really screwed. I once thought I had the whole system of "Ask for a favor when she's in a good mood" and "Stay away when she's in a bad mood" under control, but that's when I got screamed at the most. Don't ever expect consistency.

9. Panic attacks are the norm, and they probably won't go away.

Whenever I see my boss's number on the screen, my heart skips a beat. I have a special ring tone for her because I can never let it go to voicemail. And that includes holidays. One of my last major holidays was totally ruined just so I could schlep around a video crew to capture my boss having fun — all at the expense of my own.

10. Nothing will make you realize how little you matter as when you lose the association with your important boss.

I have friends who have been in the same paid friend position that I'm in, and as soon as they left, they realized: The golden ticket is gone.

On the bright side, so is the golden ticket's annoying little dog.

This article originally appeared on XOJane.com. Republished with permission.