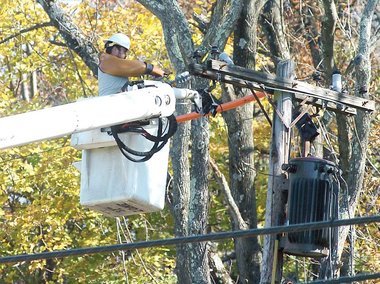 A JCP&L employee in bucket works to restore power in this file photo.
File photo


SEASIDE HEIGHTS — Two Alabama utility crews who arrived in Seaside Heights to help restore power following Hurricane Sandy were not permitted to work because they aren't in a union, according to a report on WAFF.com.

"We have not turned away any help," he said. "Absolutely not."

WAFF revised its report to say that crews from Decatur Utilities and Joe Wheeler in Trinity were told to stand down. Those crews went to Long Island, N.Y. to work instead.

Huntsville Utilities was not turned away and is working, but the Huntsville NBC affiliate didn't specify where.