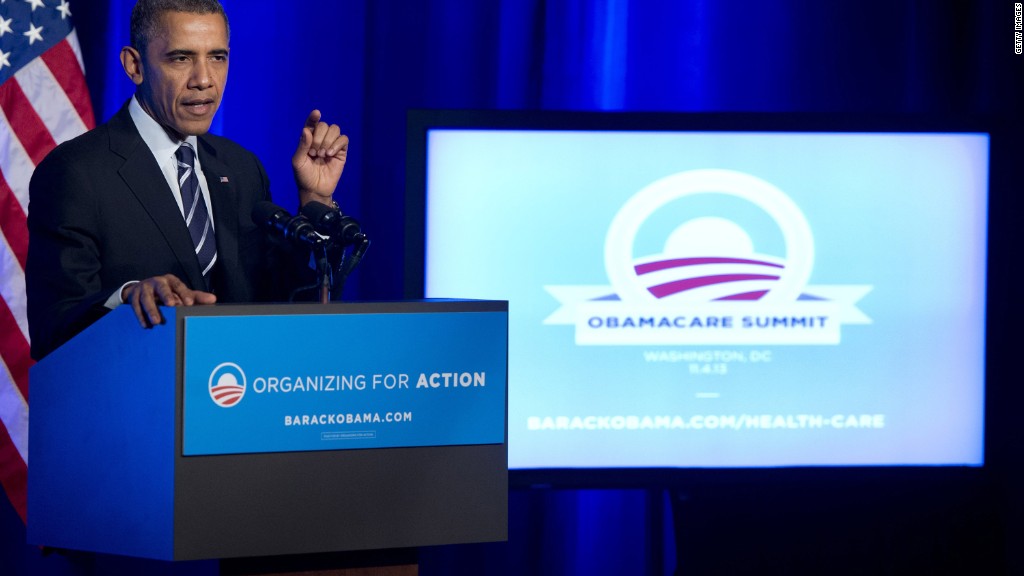 Obamacare premiums are set to skyrocket an average of 22% for the benchmark silver plan in 2017, according to a government report released Monday.

The price hike is the latest blow to Obamacare. Insurers are raising prices and downsizing their presence on the exchanges as they try to stem losses from sicker-than-anticipated customers. Enrollment for 2017 will be closely watched since insurers want to see younger and healthier consumers enroll.

The benchmark silver plan — upon which federal subsidies are based — will cost an average of $296 a month next year. That figure is based on prices for a 27-year-old enrollee in the 39 states that use the federal healthcare.gov exchange, plus the four states and Washington D.C. that have their own exchanges.

For 2016, the benchmark plan's premium rose only 7.2%, on average, for the states that use healthcare.gov. (Looking only at states on the federal exchange, premiums are rising 25% for 2017.)

The average premium increase masks wide variation among the states. In Arizona, the benchmark plan's average premium will increase 116% in 2017. Arizona had the lowest rates of any state this year, said Kathryn Martin, an acting assistant secretary at the U.S. Department of Health & Human Services.

In Indiana, the benchmark plan will be 3% cheaper.

Related: Drawing more uninsured into Obamacare is critical to its survival

Most consumers, however, are shielded from these price hikes, especially if they return to the exchanges to shop after enrollment opens Nov. 1. Some 85% of Obamacare enrollees receive federal subsidies, which can lower their premium to less than 10% of their income. The subsidies are pegged to the second-lowest cost silver plan in their area, known as the benchmark plan.

Federal officials stressed the importance of reviewing the 2017 options since the subsidy levels and premiums vary year-to-year. Customers who don't actively make a selection will be automatically re-enrolled in their current plan and could see an unexpected price increase.

Some 77% of consumers will be able to find a plan that costs $100 or less after subsidies, officials said.

"Relatively few people will feel the premium increases, but everyone will hear about them," said Dan Mendelson, president of Avalere Health, a consulting firm. "That will have an effect on the perception of the program."

The premium increases also mean that Obamacare is growing more expensive for the federal government since it has to provide larger subsidies. But the program is still costing less than the Congressional Budget Office originally estimated since fewer people have enrolled and insurers priced their plans lower than expected.

The price hikes aren't Obamacare's only problem for next year. Insurers are also fleeing the exchanges.

The number of carriers will drop to 228 next year in the federal exchange and selected states, down from 298 in 2016. Some 21% of consumers returning to the exchanges will only have one carrier to chose from, though that insurer will likely offer multiple plan choices.

Five states — Alaska, Alabama, Oklahoma, South Carolina and Wyoming — will only have one insurer providing plans on the federal exchange in 2017. This year, only Wyoming had a sole carrier.

Another issue for consumers is finding or keeping a doctor and hospital they like. To keep costs down, insurers have been narrowing their networks of providers, and this could anger enrollees, said Sabrina Corlette, research professor at Georgetown University's Health Policy Institute. If consumers don't think it's a good deal, they could opt to drop their plans or to remain uninsured.

While Obamacare is going through a big shakeout, most experts say this is an expected transition period. Many insurers priced their plans too low as they tried to navigate a new market and attract customers. While they do not expect the exchanges to fail, they said that the law should be revised to bolster the risk adjustment program that protects insurers from very sick enrollees and to make it more difficult for people to sign up after enrollment closes.

Some 10.4 million people were enrolled in Obamacare plans as of June 30, the administration announced. Some 10 million are expected to be enrolled at year's end. The share of uninsured Americans has dropped to a record low 8.6%.

Obamacare enrollment is expected to grow 9% to an average of 11.4 million in 2017, administration officials said last week.