Amazon, Google, Apple and Facebook are so good at what they do, it's hard for even a mildly wired person to contemplate life without them. They answer our needs almost before we can express them, which means they ceaselessly extend their domination of our minds and wallets.

News that reflects poorly on these companies tends to do little permanent damage, whether it is privacy issues, bullying behavior or poor treatment of workers. People care, in theory, but it's not in front of them the way the product or service itself is.

Working in an Amazon warehouse might seem pretty miserable, in other words, but all customers see is that the thing they ordered on Monday shows up on their doorstep on Wednesday. It's like magic.

Even if customers care a lot, protesting can be difficult. On the Amazon "Help and Customer Service" page, for example, there are all sorts of prominent instructions about how to return items or track packages, but none are about giving feedback to Amazon itself. (The answer, dogged investigative reporting reveals, lies in the "Contact Us" button off to the side, which takes you through another series of prompts that says you want to talk about "something else.") 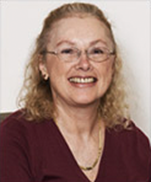 Screenshot, via chelseaco.comArdelle Cowie, a Connecticut investor and landord, wanted to stop using Amazon after its treatment of a major book publisher, but she found it difficult to quit using its service.

This was the situation that confronted Ardelle Cowie when she heard that Amazon had begun delaying delivery of books from Hachette to its customers by as much as a month. Amazon was apparently trying to squeeze Hachette for better terms by causing trouble for its readers and authors.

More than a few people were bothered by this, at least if Twitter is something to go by, but Ms. Cowie seemed more bothered than most.

"I am a big fan of Amazon and spend as much as $5,000 per year there (not just books)," Ms. Cowie, a Connecticut investor and landlord, wrote me. "But this treatment of Hachette is completely unacceptable. I called Amazon today to let them know that I will boycott them until this Hachette dispute is resolved."

"Maybe some tweeting would help, but I'm 68 and don't know how to manage that," she told me.

She contemplated a bolder course of action.

"It occurred to me," she wrote me in another message, "that I might put things on my wish list but NOT buy them from Amazon." Instead, she would buy them elsewhere and let Amazon know that, so the retailer could quantify how much it was losing. "Is that too complicated for them to understand?"

Yes, she concluded. Instead, Ms. Cowie, the daughter of a Presbyterian minister who instilled early a sense of right and wrong, just quit Amazon. Or tried to.

"I'm feeling a bit like I decided to go on a hunger strike but did so in the privacy of my own home without letting anybody know," she wrote a week later. "I've certainly missed Amazon. I bought three bird-watching books from Barnes & Noble about a week ago. So far, I've received one. I need to consult Amazon to make decisions about what I want to order because the customer feedback is so weak at B.&N."

There were other problems. Amazon had the clothing hangers she wanted, but no one else did.

"I'm convinced that Amazon will not make any effort to regain me since they can rely on getting me back due to the magnetism of their efficiency and their massive stock of everything," she wrote. "So, feeling as isolated as I do in my feeble protest, I believe I'll call it quits soon if there is no prospect of it making a difference to anyone."

Now you know why Amazon expects to win its battle with Hachette, and indeed every battle with its suppliers. A spokesman for the retailer declined to comment.