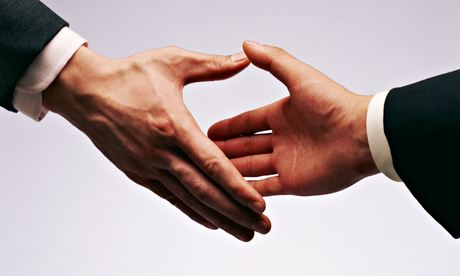 'Those with the resources to pursue complaints are likely to be political and business elites about whom the public should demand unfettered search results.' Photograph: Datacraft/Getty Images/Sozaijiten

Last week's judgment by the European court of justice allowing anyone to demand that a search engine should remove unwanted information from its index – even if it is accurate, lawful, and publicly available elsewhere – is a dangerous step in the wrong direction.

Since the ruling an ex-politician seeking re-election, a man convicted of possessing child abuse images and a doctor seeking to remove negative reviews from patients, are reported to be among the first to send takedown notices to Google. Privacy is a universal right that must be protected, but this overreaching judgment is far more likely to aid the powerful in attempts to rewrite history, than afford individuals more influence over their online identities.

Last June the EU's advocate general argued that search engine suppression of legitimate public domain information "would amount to censorship". The ruling, in a case brought by a Spanish citizen about links to the auctioning of his home that appeared in search results, allows individuals to petition search engine operators – a term that, as well as Google, could also include Facebook, Microsoft, Baidu, Yandex, DuckDuckGo and more – to remove content they consider "inadequate, irrelevant, or no longer relevant".

What's more, it puts companies in the nearly impossible position of deciding what information meets this vague threshold. Holding intermediaries responsible for determining what information is in the public interest is dangerous and unworkable: more than 100 billion searches occur each month on Google alone, which could in theory be subject to review-on-demand for adequacy and relevance, rather than accuracy or lawfulness.

The unprecedented burden the court seeks to place on online intermediaries would damage the internet for all users, especially those in Europe. Online innovation stemming from the internet, from search engines to social media, has been made possible by protecting intermediaries, not by incentivising them to censor information.

The individuals with the motivation and resources to pursue complaints are likely to be those political and business elites about whom the public interest should demand unfettered search results. And companies will face pressure to remove whatever is asked of them rather than face the legal costs of challenging illegitimate requests.

Among the most troubling implications of the judgment are its impact on political speech and processes. Potential candidates for public office will now have a means of curating their own bespoke search results to ensure that only flattering information remains readily available to the public. The ruling is not limited to those embarrassing photos we wish we could banish from social media but includes news stories and other items of critical importance to an honest accounting of history.

The judgment exempts information processed "solely for journalistic purposes" without defining this term – deeply problematic at a time when more and more people have access to both newsworthy information and publishing tools. This narrow exemption will not protect the practice of journalism. Search engines have become an invaluable tool for reporters and citizen journalists alike, and also play a critical role in extending the reach of independent media organisations. We can expect both the production and consumption of journalism to be corrupted.

And the ruling lacks carve-outs for the countless other groups that use the web for research, such as historians and academic researchers. The debate over how to draw the line between private life and the public good in light of this ruling will play out over the long term.

This ruling has global implications, as European action is used as a model by other countries. Europe's admirable dedication to privacy and data protection has helped to shape global norms, but this particular ruling conflicts with free expression and risks inspiring further efforts around the world to remove public facts from public access: Google's content removal transparency report records how government officials around the world already seek to remove search results and other online content that threatens their position. We are headed toward a tiered, restricted internet, with searches in Europe returning dramatically different and less complete sets of results than elsewhere. If replicated internationally, it could fundamentally fragment the free and open internet.

Although the court's ruling is final, there is nonetheless an opportunity to find a better solution to real privacy challenges while protecting rights to free expression, in revisions to the EU data protection regulations. Even staunch privacy advocates should seize this moment.