While it might seem like a slight rip off of Apple's Touch Bar, it has the potential to be much more useful. You can use it to access shortcuts for apps, but it also works as a standard screen for multitasking. For example, it can show a YouTube video or presentation slides while you're continuing to work on the ZenBook Pro's main screen. It's an innovative way to carry over a bit of the functionality of a dual-screen desktop setup into a laptop, and it could be a major productivity boost under some specific circumstances. 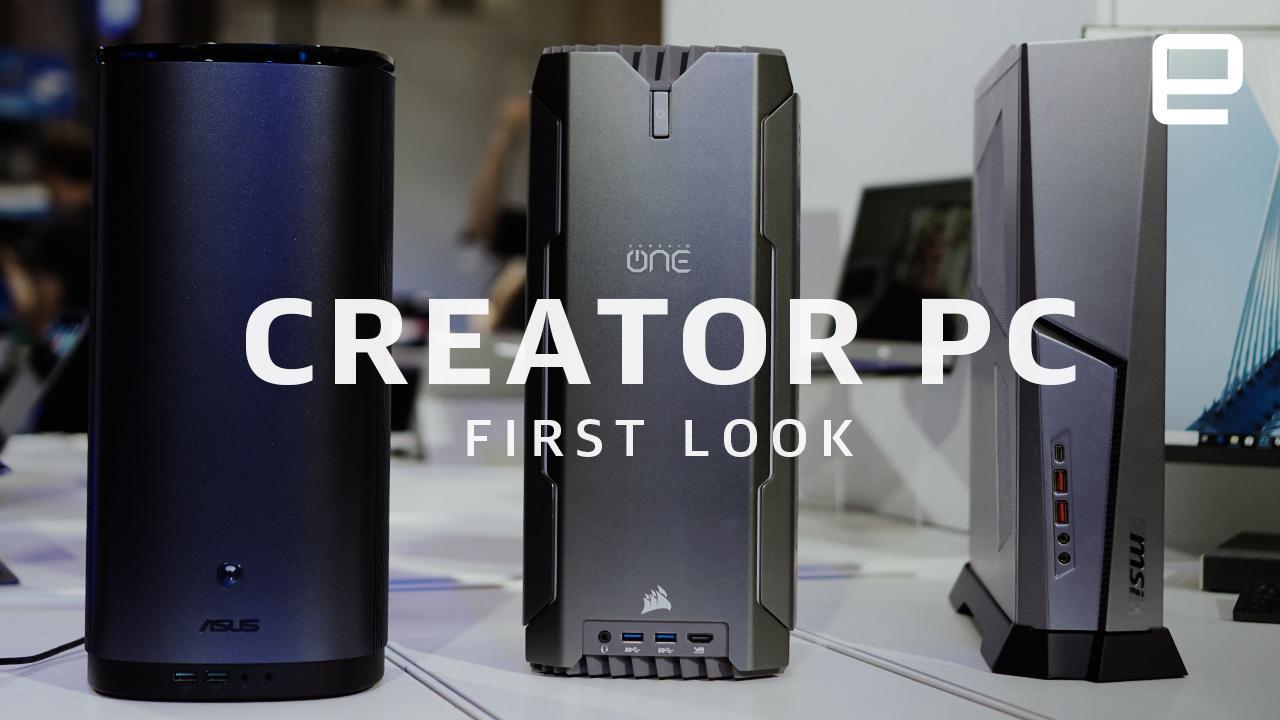 With the Creator PC program, Intel aims to remind consumers that PC hardware has come a long way over the years. That's similar to what Microsoft attempted with bloat-free Signature devices in its store. In many cases, there are some enticing Creator options for Mac users. Intel also announced that it's developing new LCD technology with Sharp and Innolux, which could potentially cut screen power consumption by half. Given that displays are among the biggest energy hogs, that could add several hours of precious battery life to PC laptops in the future.

Outside of Creator machines, we also saw how PCs were serving more demanding users at Computex. The thin gaming machines we predicted last year, powered by NVIDIA's Max-Q GPUs, were everywhere. And they weren't just about fast graphics: Practically every gaming laptop at Computex featured thin display bezels, 144Hz screens (which dramatically smooths out gameplay), and came in well under five pounds. ASUS revealed its ROG Strix II notebooks at the show, but we also saw plenty of recently announced models like MSI's GS65 Stealth Thin and Gigabyte's Aero 15X. The biggest problem gamers face now? There are too many great notebooks to choose from. 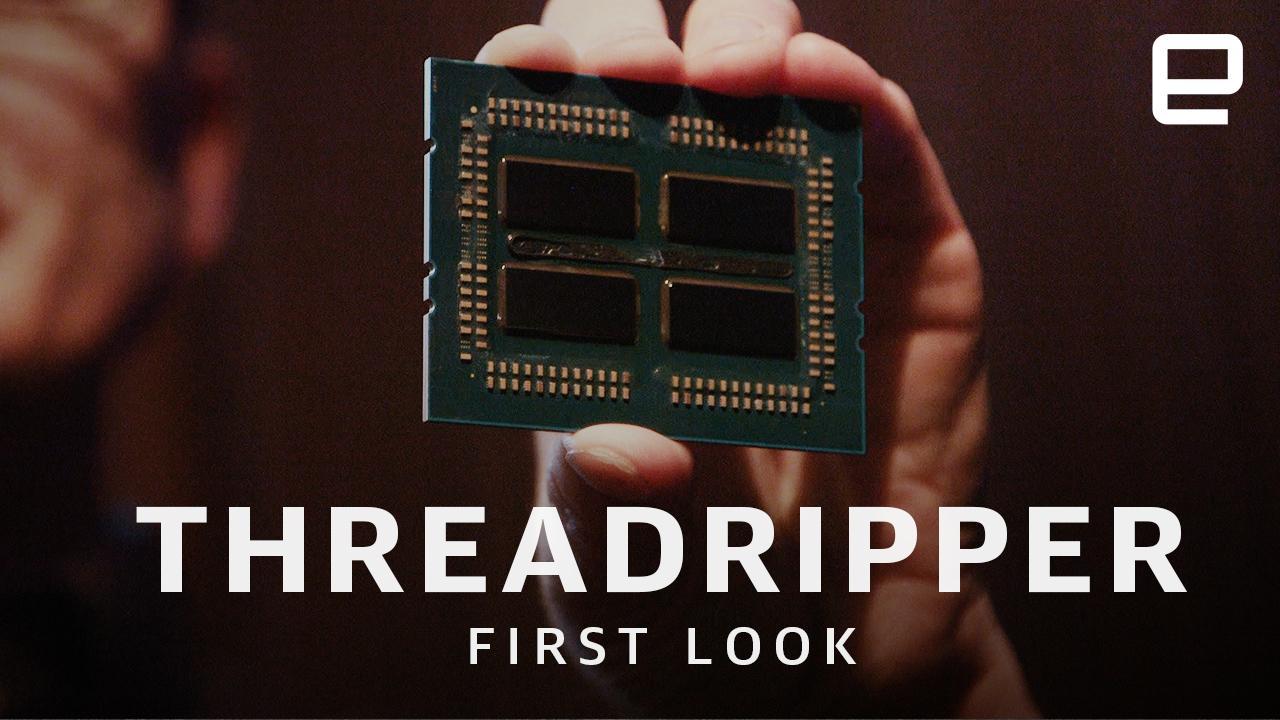 Perhaps the most surprising news from Computex was the new high core count processors coming from Intel and AMD. These chips go well beyond what most gamers need — instead, they're meant for heavy-duty content creation. Intel revealed a 28-core 5Ghz i9 chip during its keynote, which it plans to launch by the end of the year. But AMD quickly one-upped that with the 32-core second generation Threadripper. Based on what we've heard from both companies, there's a huge demand from their customers for more cores, which is probably why they were so quick to leap beyond last year's 16 and 18-core CPUs. It's hard to imagine that only a two years ago we were lusting after Intel's 10-core Broadwell-E.

Sure, nothing is stopping Apple from implementing similar gaming hardware and powerful new CPUs. But Mac users will have to wait until Apple works them into its own custom designs. Meanwhile, PC users will be able to find them in laptops and desktops much sooner. And of course, they also have the option of choosing between Intel and AMD's CPUs, whereas Mac users are just stuck with Intel. (And eventually, they may have to live with Apple's custom chips.) 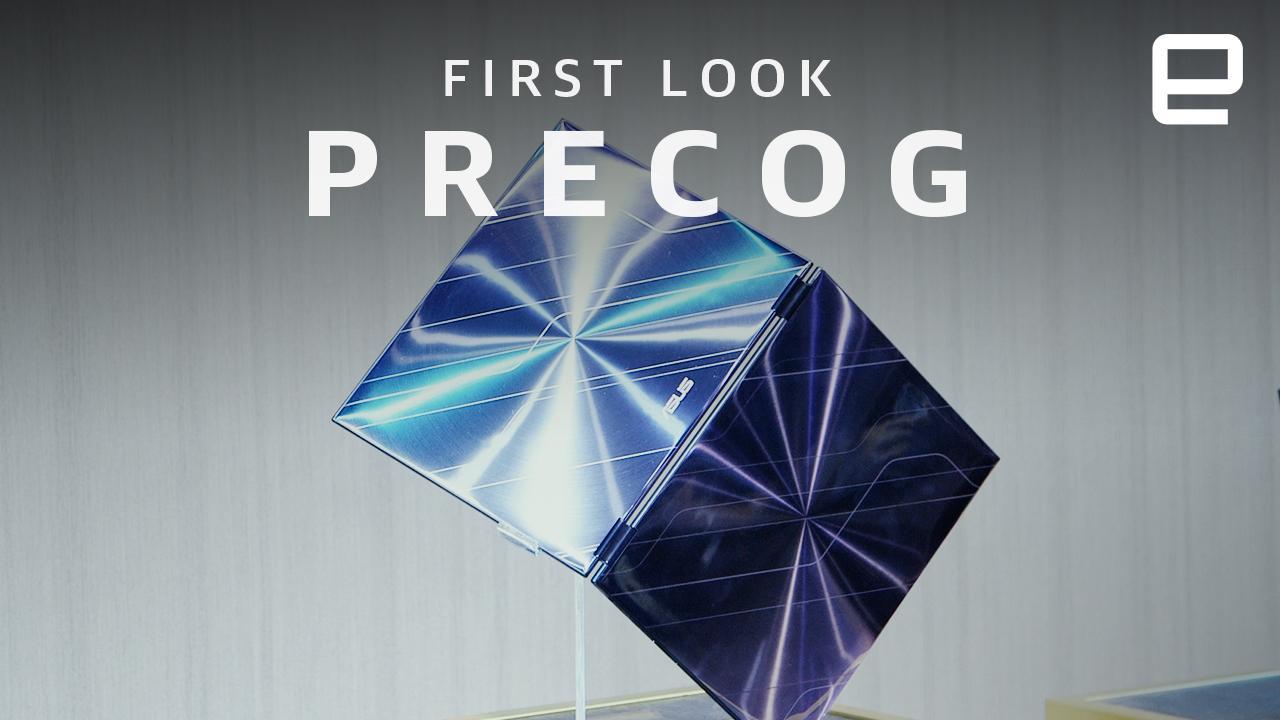 Computex also gave us a taste of where PCs could be headed with ASUS's Project Precog, a dual-screen convertible notebook with "AI" driven features. It certainly looks cool. It twists and folds like a modern laptop, but it also has a dash of added versatility. You can fold it flat to play games across both screens, or hook up a wireless keyboard to get some serious work done. ASUS claims it'll have intelligent components — for example, it can automatically adjust its touchscreen keyboard depending on where you place your fingers. Not to be outdone, Lenovo teased the next version of its Yoga Book, which also has two displays.

Even Intel joined the dual-screen party with its E Ink PC prototype. It's an unholy combination of an E Ink screen and a tablet, but I was intrigued by its svelte size and smooth handwriting recognition. Let's face it, there's a good chance these concepts won't go anywhere. Still, it's nice to see companies like ASUS (which brought us the original Eee PC) and Lenovo (which helped popularize convertibles with its Yoga series) pushing boundaries once again. 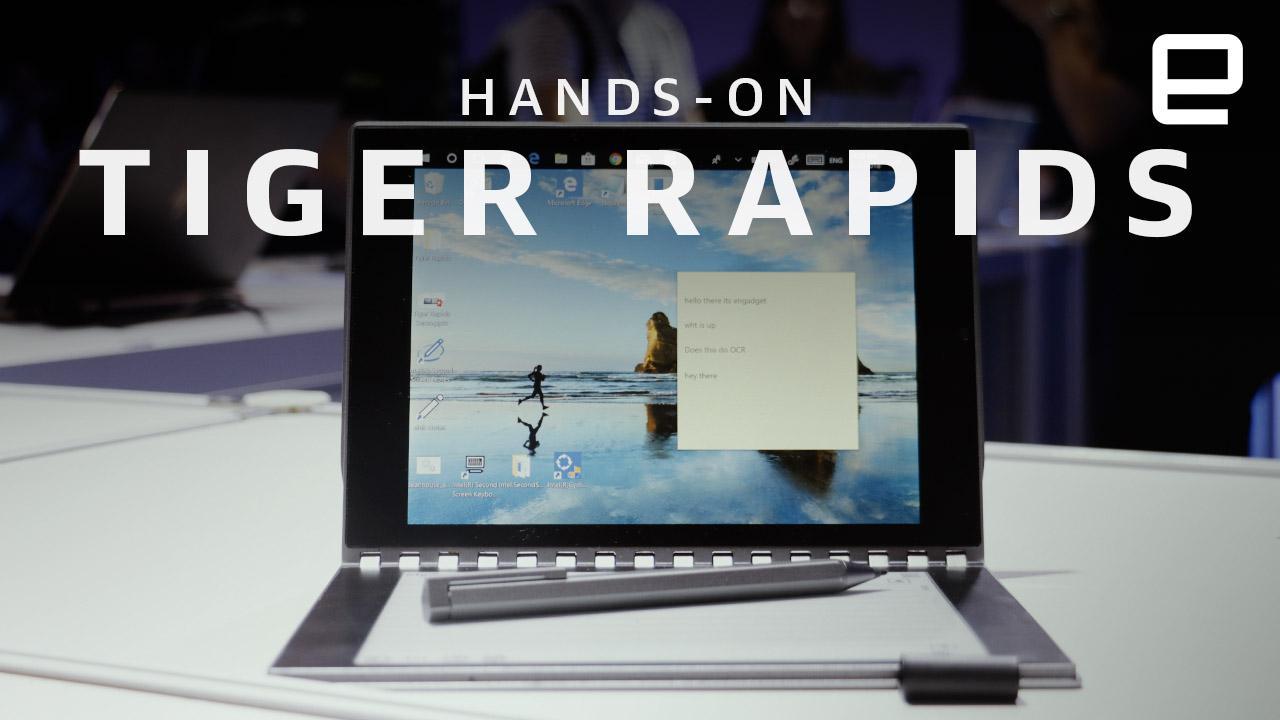 It's hard not to view the PC industry's revival alongside Apple's mishandling of its laptops and desktops. That comparison was striking this year since WWDC and Computex happened at the same time. Apple's was a humdrum event without much news for Macs (whoopie, dark mode), instead the focus was mainly on iOS.

Meanwhile, the MacBook Pro is stuck with a terrible keyboard and confounding array of ports (come on, you know an SD card reader could still fit). Apple apologized for the Mac Pro, but replaced it with the iMac Pro, a machine that has to be taken into a store just to get a RAM upgrade. While Apple is forcing its users to adapt to strange design choices, the PC industry is actually trying to give consumers what they need.

Click here to catch up on all the latest news from Computex 2018!