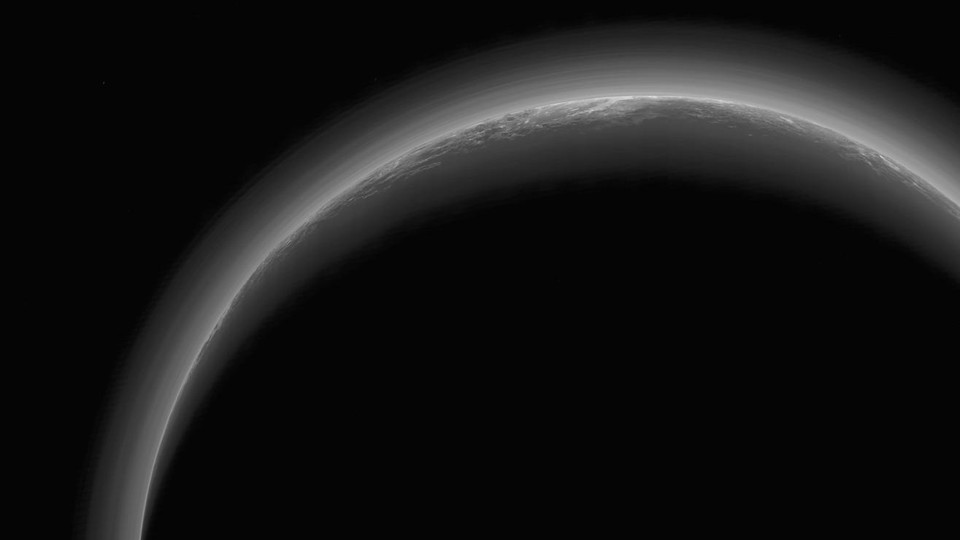 In 2016, when astronomers made the case for a ninth planet, orbiting far beyond Neptune, that could explain a strange clustering of objects in the outer reaches of our solar system, they were hopeful it would be found in less than five years.

The search is more than two years in now. "Planet Nine," thought to be 10 times the mass of Earth, has yet to show itself, but the planet hunters have just found a new clue.

Astronomers have discovered an object beyond Neptune with quite a different orbit compared to the rest of the solar system, according to a paper recently published on ArXiv. Nearly all of the inhabitants of our system orbit on the same plane, giving it the appearance of a pancake. This new object, known by the license plate-esque name 2015 BP519, is highly tilted. Its orbit juts out 54 degrees above the plane of the solar system. Which makes it quite remarkable.

To figure how the object achieved this orbit, Juliette Becker, a doctoral student at the University of Michigan, and her colleagues ran simulations of the solar system backward and forward, over millions and millions of years. Nothing seemed to work until they added the hypothetical ninth planet. As they ran the clock, Planet Nine and its gravity swayed 2015 BP519 into its tilted journey around the sun.

"People who want to think that Planet Nine is real will definitely take this as evidence of Planet Nine," says Becker, the lead author of the new paper. "People who are less sympathetic to the Planet Nine hypothesis will probably—you know, it's only one object for now. One object never proves anything."

When Mike Brown and Konstantin Batygin, the California Institute of Technology astronomers who proposed the Planet Nine theory, saw Becker's results, they were ecstatic. Batygin says his theoretical work has shown that a mystery planet could sway the motions of objects like 2015 BP519 and push them into these highly tilted orbits.

"Every time I would do a calculation and I would get the known structure of the solar system right, I would also see the production of these high-inclination objects that lived beyond Neptune," Batygin says. He adds, "I think it's becoming increasingly uncomfortable to have a solar system without Planet Nine."

The discovery, of course, is not a confirmation. For now, as before, astronomers can only infer the presence of the massive planet based on the movements of distant objects and countless computer simulations.

The theory behind Planet Nine first emerged in 2014, when the astronomers Scott Sheppard and Chad Trujillo sought to explain a mysterious clustering of six small objects in the Kuiper Belt, a field of icy and rocky objects beyond the orbit of Neptune. The orbits of the objects all tilted in the same way, an arrangement that is nearly impossible to generate without the help of some external force. Sheppard and Trujillo suggested a large planet was lurking in the shadows, warping the orbits of objects that came near. Brown and Batygin decided to take up the mystery. After months of work, the only answer they could come up with was the existence of a ninth planet, massive enough to sculpt the orbits of other, smaller objects.

Their announcement was met with a mix of support and skepticism. Some skeptics say Brown and Batygin's work depends on data that may be prone to observational bias—the human tendency to see things that we expect or want to see. The strange clustering of the six objects beyond Neptune, the phenomenon that forms the basis of the astronomers' argument, may not be that strange at all. Perhaps the grouping appears to exist in the small slice of sky where telescopes found it, but not when compared to the surrounding parts of space we can't see. "When something might be out there whose discovery would generate instant, massive fame and fortune, resources will be devoted to its detection. In these situations, there is a certain risk of subtle confirmation biases slipping in," says Gregory Laughlin, an astronomer at Yale, who believes Becker's discovery fleshes out the case for Planet Nine. "One tends to follow the tracks that might lead to success, especially when the stakes are so high."

Take, for example, a 19th-century cautionary tale that has remained on the minds of Brown and Batygin since they started scouring the skies with telescopes, hoping to image Planet Nine directly. The French mathematician Urbain Le Verrier followed up his discovery of Neptune in 1846 by proposing the existence of Vulcan, a planet orbiting between the sun and Mercury. He ended up being wrong about that.

The discovery of more objects like 2015 BP519 would help, and Becker and her team will be looking for more. Each new object would, theoretically, bring astronomers closer to pinpointing the location of Planet Nine, and then aiming their telescopes to try to snap a picture.

At the same time, future discoveries could actually weaken the Planet Nine hypothesis, says Ann-Marie Madigan, an astrophysicist at the University of Colorado at Boulder.

Madigan says the discovery of 2015 BP519 and its weird orbit bolsters her theory for the clustering objects, and it has nothing to do with a hidden, massive planet. The clustering could be explained by the interactions between the small objects—as many as 10 Earth masses' worth—littering the outer solar system. Small bodies alone don't have much gravitational influence, but their collective movements can jostle the orbits of their neighbors. In a 2015 paper, Madigan predicted this mechanism would lead to a population of objects like 2015 BP519 off the plane of the solar system.

"The reason I like the 'self-gravity,' as I call it, of small bodies collectively doing this by themselves is that you don't need anything new," Madigan says. If "we're saying, okay, Planet Nine did it, Planet Nine is responsible for why the outer solar system is behaving so oddly, then we have to say, okay, how did Planet Nine get there?"

Batygin, who is a friend of Madigan's, says his computer simulations are unable to simulate the self-gravity mechanism in the solar system as it is, and if they could, they would produce a picture of the Kuiper Belt that wouldn't line up with existing observations. "But could you still cook up a scenario where you don't need [Planet Nine]? I mean, yes," he says.

Brown and Batygin welcome the next piece of evidence, the next clue, in their search. But they're raring to find Planet Nine once and for all. They even sound a little impatient, as if the planet should have revealed itself months ago. "Of course, the obvious [next step] is just to go out and find the damn thing," Batygin says.

Even if Planet Nine never turns up, a search party at the edges of the solar system is a worthwhile endeavor, says Laughlin. The icy and rocky inhabitants of this region are the leftovers from the beginnings of our solar system. The closer we get to them, the richer our understanding of the way our home in the universe came to be. Small objects out there "provide a good way of understanding why our solar system is so much different than the average solar system in the galaxy, and that's kind of the real story," Laughlin says.

"We're weird, for sure," he says. "And the best clues as to why we're weird are imprinted in the most primitive bodies in the solar system, the most distant, untouched fringes."