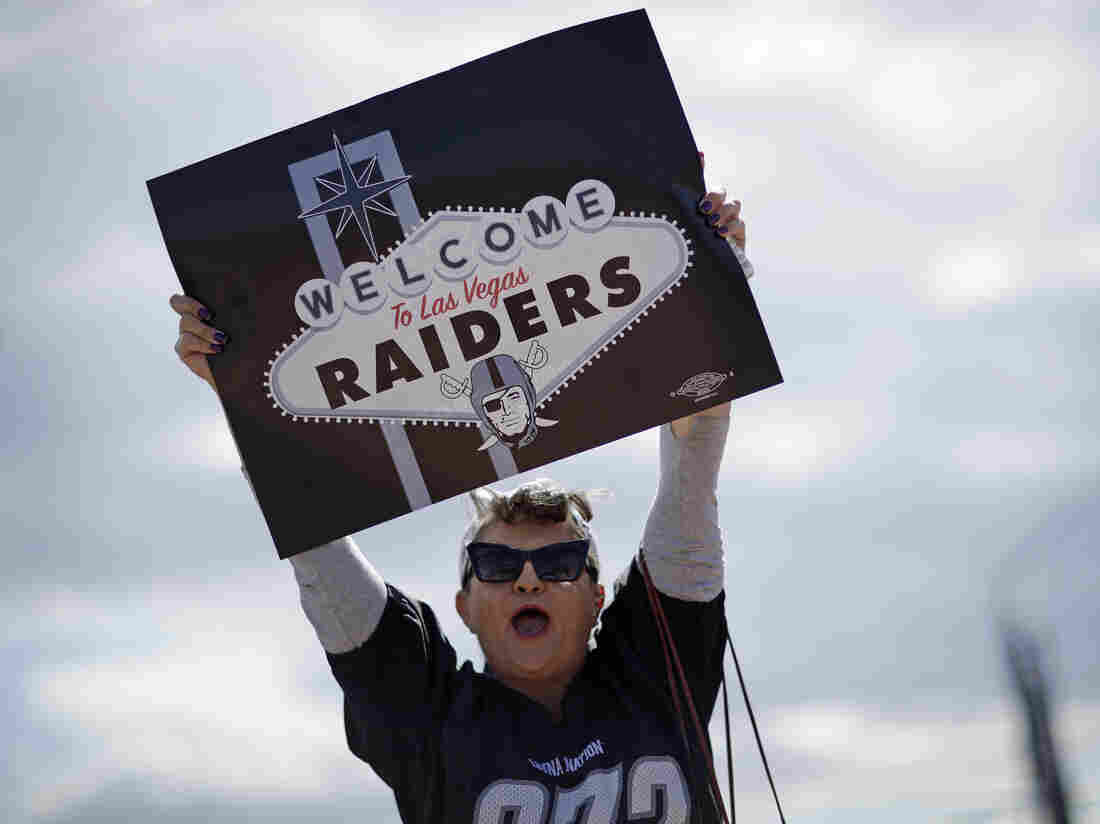 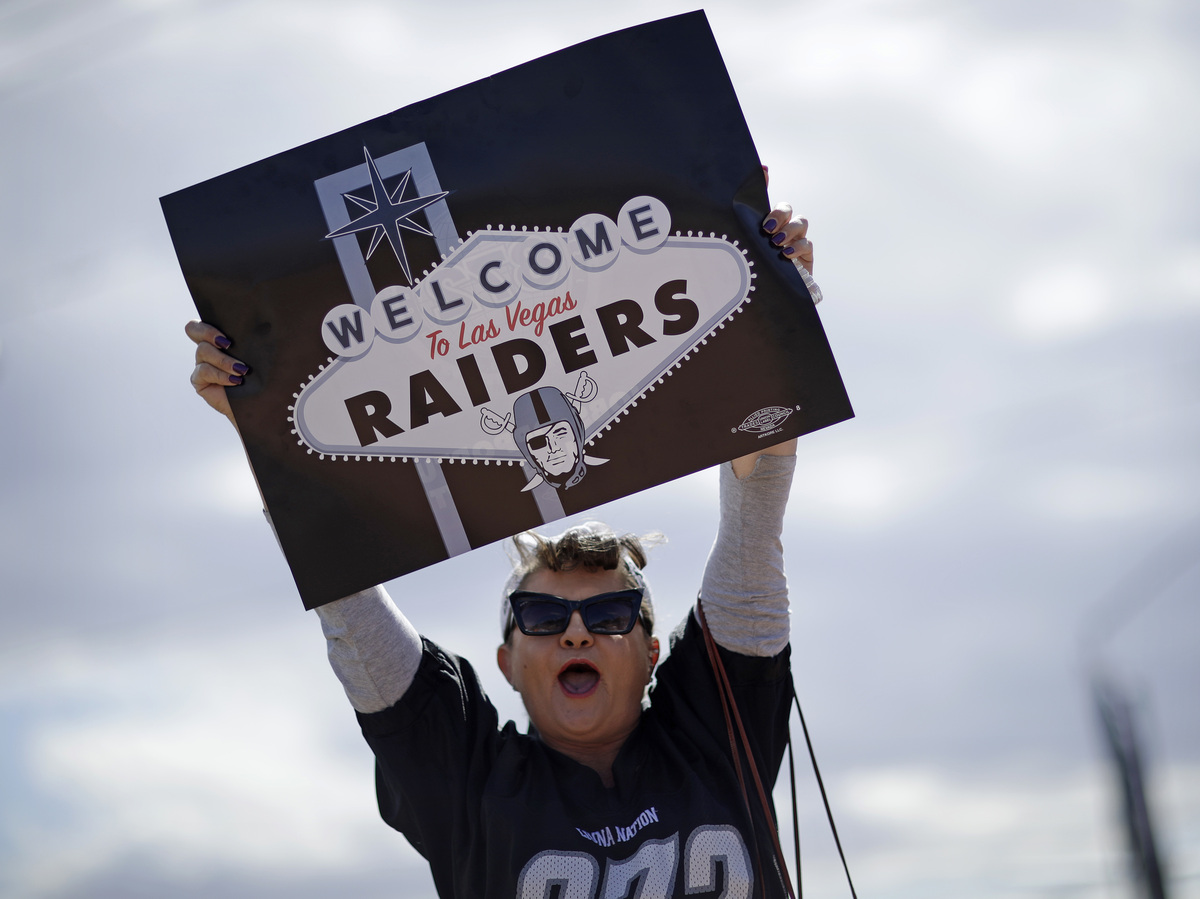 A fan celebrates Monday in Las Vegas, after NFL team owners approved the Raiders' move to the city.

By an overwhelming 31-1 vote, NFL owners have approved the Raiders' move from Oakland to Las Vegas — though the team will still remain in the Bay Area for at least the 2017 season and possibly longer.

"My father always said, 'the greatness of the Raiders is in its future,' " Raiders owner Mark Davis said in a statement Monday, "and the opportunity to build a world-class stadium in the entertainment capital of the world is a significant step toward achieving that greatness."

The move — whenever it should inevitably take place — will end the Raiders' on-again, off-again relationship with the team's longtime home. Founded in 1960, the Raiders spent their first two decades as a club in Oakland, notching two Super Bowl titles before they left town for Los Angeles in the early 1980s.

That southern sojourn ended in 1995, when the team returned to the waiting embrace of the city it left more than a decade earlier.

But recently, Davis had appeared to be itching to leave the city once more, going in on a bid with the Chargers to move both teams to Los Angeles — a bid that voted down by NFL owners early last year. The Chargers ultimately did complete a deal to move to LA earlier this year, though.

Now, the Raiders will be joining the Vegas Golden Knights — an expansion ice hockey team recently also approved by the NHL — as the shiny new professional franchises in a city that long had none to call its own.

"It truly is an exciting time to be from Las Vegas," Golden Knights chairman and CEO said in a statement, according to ESPN. "There is only a select group of cities in North America that are home to both an NHL and an NFL franchise and Vegas is now one of them. This alone should be a great source of pride for our community and our fans."

ESPN noted that the Raiders' star quarterback, Derek Carr, tweeted a statement thick with mixed feelings about the move.

Still, Carr and Co. will have a little while longer to get their things packed — likely years, in fact.

As The Wall Street Journal reports, "The Raiders have previously said they plan to remain in Oakland until at least 2020" — partly because the stadium the team intends to share with University of Nevada, Las Vegas, is not expected to be ready until then. And The Washington Post points out the Raiders have a lease on their Oakland stadium that gives them one-year term options for the 2017 and 2018 seasons.

The jury's out on how well this long goodbye will play with the team's Bay Area fan base. 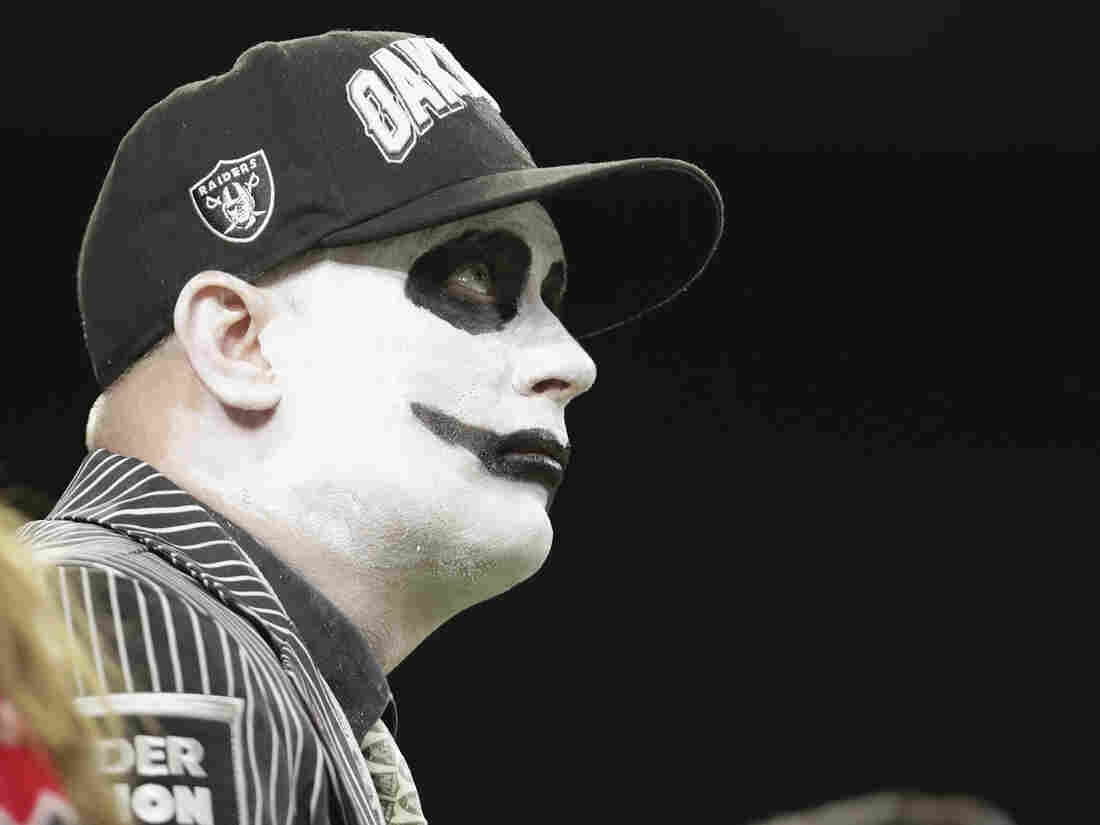 An Oakland Raiders fan looks on in sadness during the team's playoff loss to the Texans at Houston's NRG Stadium in January. As it turns out, that may be the same expression many fans are wearing now, as well. Tim Warner/Getty Images hide caption 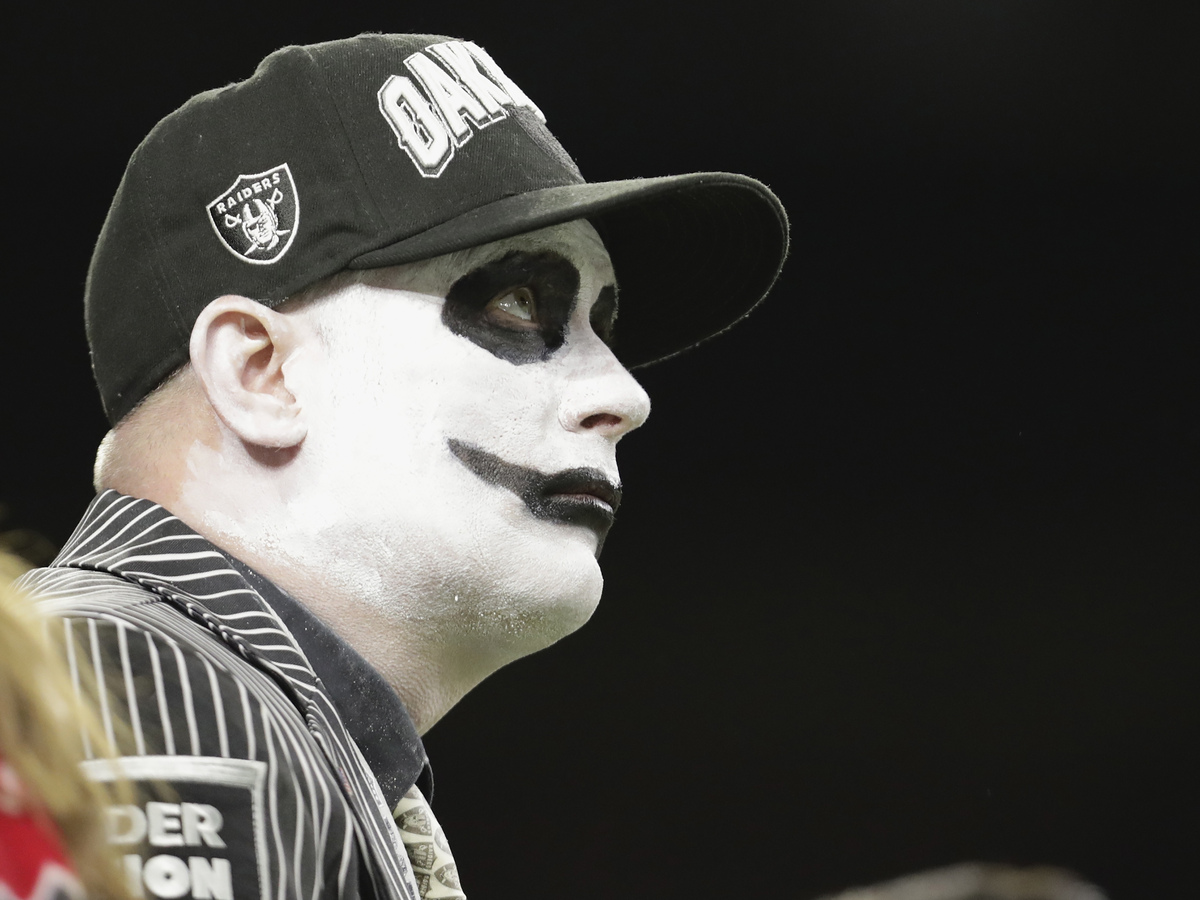 An Oakland Raiders fan looks on in sadness during the team's playoff loss to the Texans at Houston's NRG Stadium in January. As it turns out, that may be the same expression many fans are wearing now, as well.

"I just hope that in the future, as we play in Oakland this year, that they understand that it wasn't the players, it wasn't the coaches that made this decision. It was me that made it. And if they have anybody to talk to about it, it should be me," Davis said at a news conference.

"And I will, in the coming days, try to explain to them what went into making this difficult decision."