Throughout the debate to repeal and replace the Affordable Care Act, President Trump and Republican congressional leaders have insisted they would retain a crucial, popular part of the health law: the promise that people can buy insurance even if they've had illnesses in the past.

Their efforts foundered last month, when a House health bill had to be pulled from the floor after it failed to attract enough support. Late Monday night, word emerged that the White House and the group of conservative lawmakers known as the Freedom Caucus had discussed a proposal to revive the bill. But the proposed changes would effectively cast the Affordable Care Act's pre-existing conditions provision aside.

The terms, described by Representative Mark Meadows, Republican of North Carolina and the head of the Freedom Caucus, are something like this: States would have the option to jettison two major parts of the Affordable Care Act's insurance regulations. They could decide to opt out of provisions that require insurers to cover a standard, minimum package of benefits, known as the essential health benefits. And they could decide to do away with a rule that requires insurance companies to charge the same price to everyone who is the same age, a provision called community rating.

The proposal is not final, but Mr. Meadows told reporters after the meeting that his members would be interested in such a bill. To pass the House, any bill would need to find favor not just with the Freedom Caucus, but also with more moderate Republicans. It would also need to attract the support of nearly every Republican in the Senate to become law.

The ability to opt out of the benefit requirements could substantially reduce the value of insurance on the market. A patient with cancer might, for example, still be allowed to buy a plan, but it wouldn't do her much good if that plan was not required to cover chemotherapy drugs.

The second opt-out would make the insurance options for those with pre-existing conditions even more meaningless.

Technically, the deal would still prevent insurers from denying coverage to people with a history of illness. But without community rating, health plans would be free to charge those patients as much as they wanted. If both of the Obamacare provisions went away, the hypothetical cancer patient might be able to buy only a plan, without chemotherapy coverage, that costs many times more than a similar plan costs a healthy customer. Only cancer patients with extraordinary financial resources and little interest in the fine print would sign up.

There is a reason that many conservatives want to do away with these provisions. Because they help people with substantial health care needs buy relatively affordable coverage, they drive up the price of insurance for people who are healthy. An insurance market that did not include cancer care — or even any cancer patients — would be one where premiums for the remaining customers were much lower. The result might be a market that is much more affordable for people with a clean bill of health. But it would become largely inaccessible to anyone who really needs help paying for medical care. 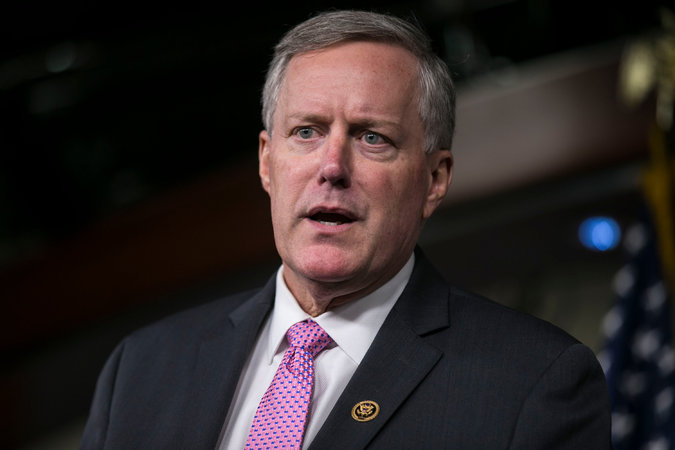 Mark Meadows said the House Freedom Caucus and the White House were considering a proposal that would allow states to opt out of major provisions in the current health law.

We do not have to speculate to know what the world looks like without essential health benefits and community rating. It was how most state insurance markets worked before Obamacare. Back in 2009, most sick people who did not get insurance through work or a government program were excluded from coverage if they had a history of health problems like allergies or arthritis. Plans that did not cover pregnancy care or drug addiction treatment were widespread. (The data about individual market insurance premiums is a little spotty, but it appears that they were substantially lower in most states.)

One idea Republicans have about how to care for the sick was also in effect pre-Obamacare. Many states had "high-risk pools," where people shut out of the traditional insurance markets could buy special plans with the help of state subsidies. The Freedom Caucus proposal is likely to include some money that states could use to set up such pools.

"The fundamental idea is that marginally sick people would pay with risk associated with their coverage," Mr. Meadows said Monday. "Those that have, you know, premiums that would be driven up because of catastrophic illness or long-term illnesses, we've been dealing with that for a long time with high-risk pools."

But insurance in the old high-risk pools tended to be expensive, and often came with long waiting periods or benefit limitations, even for the very sick.

The main difference between the policy environment in 2009 and today is that the federal government would now be offering tax credits to help healthy people buy what would probably be relatively skimpy plans. That would mean that more middle-income Americans would probably have health coverage than before the Affordable Care Act, since the combination of policies would tend to make insurance much more affordable for people who are young and healthy.

What states would choose to do with this set of options is hard to predict. Before Obamacare, few states required community rating of health plans. And few states required insurers to cover all of the benefits deemed essential under Obamacare, though most did require a few types of treatments to be covered. State governments would face a difficult choice: either take away the requirements, and leave sick patients without insurance options, or keep them and see people unable to afford coverage under the new subsidy system.

Under Obamacare, states can already waive many of the law's insurance rules if they can show that an alternative program would cover as many people with comprehensive coverage at a lower cost to the government. But that standard is difficult to meet. Mr. Meadows suggested that the waivers under discussion should be "very easily granted" to states.

The politics of health care in the United States have shifted since the Affordable Care Act was passed seven years ago. In recent months, the law has grown more popular, and the pre-existing conditions policy is among its best-known protections. That could create political pressure for states to keep the insurance rules, even if they are not required by law. But it is likely that at least some states might decide to eliminate them if they are made optional. Shifting norms about health insurance regulation may also affect the idea's reception in Congress.

Mr. Meadows said that the proposal presented to the Freedom Caucus would retain the pre-existing conditions policy. But that would be true in only the most literal sense. The mix of policies could allow insurance companies to charge sick people prices that few of them could pay. And it could allow them to exclude benefits that many healthy people need when they get sick. The result could be a world where people with pre-existing conditions would struggle to buy comprehensive health insurance — just like before Obamacare.