Here's something you probably didn't know you needed to worry about: There's a layer of 300 million-year-old rock under Interstate 95 that's capable of killing the lights from Washington to Boston and beyond the next time the sun erupts in all its fury.

Sound far-fetched? Perhaps. But not to scientists. A solar storm is now viewed as enough of a risk in fact that grid operators across North America are working on plans to respond to just such a disturbance. And a draft of a soon-to-be-published U.S. Geological Survey report pinpoints the Eastern Seaboard as one of the areas most in danger. 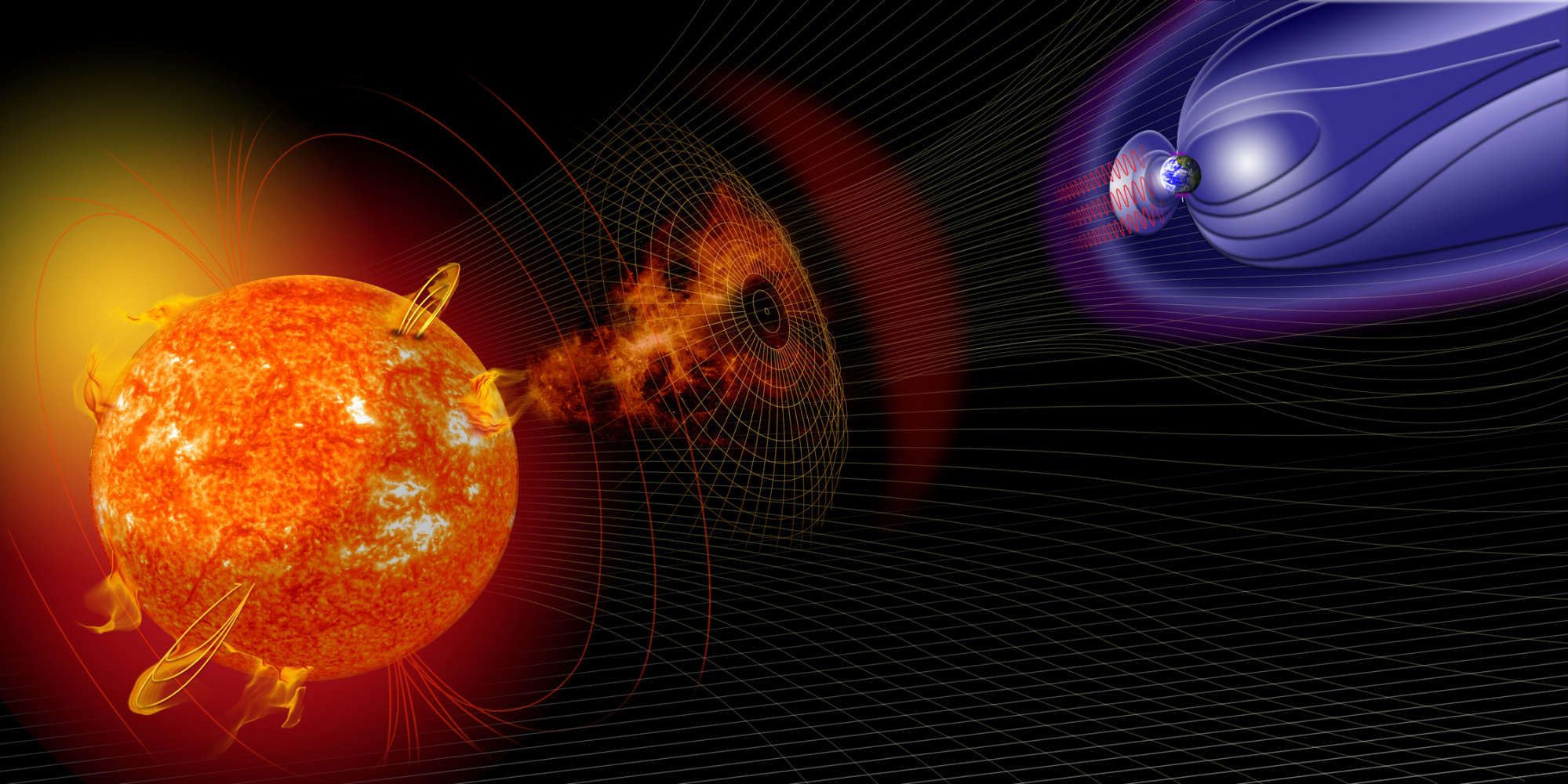 Illustration of events on the sun changing the conditions in Near-Earth space.

That's because this Paleozoic-era rock doesn't let the energy from a major geomagnetic storm — a once-in-a-100-years kind of event — pass through it but instead acts as a backstop that sends the surge back up above the ground for a second shot at causing mayhem.

"It's an active problem that a lot of people are trying to solve and understand," said Christopher Balch, space scientist at the Space Weather Prediction Center in Boulder, Colorado.

Through a stroke of bad luck, the worst of these rocks basically traces the path of I-95 from Richmond, Virginia, to Portland, Maine, passing through Washington, New York and Boston along the way.

They're known to scientists as insulators, and when disruptive energy from the sun bounces back up from these rocks, adding that extra bump in the grid can trigger blackouts. In a worst case scenario, it can burn out multiple transformers, potentially causing outages that could take months to repair, according to Space Weather Prediction Center.

Until now, only parts of the central U.S. had been studied, so the threat faced by the mid-Atlantic and the Northeast, the most densely populated parts of the U.S., was largely unknown, said Jeffrey Love, a research geophysicist with the Geological Survey and lead author of the forthcoming report. The region is further at risk because it's closer to the North Pole than say Florida or Texas, which makes it more vulnerable to outbursts from the sun.

Love and his team have been working for years to map the entire U.S. to gauge the threat, and still have a long way to go — the entire Southwest from California to Texas is currently unknown.

"It is very important, the work the USGS is doing," said Mark Olson, senior engineer in the reliability assessments department at the North American Electric Reliability Corp., the nonprofit responsible for enforcing rules protecting the grid. "Our reliability standards and the utilities' actions will be able to take advantage of that work to better our risk assessments."

The sun poses a significant threat to modern life on Earth. A massive geomagnetic storm can trigger mass power failures, disrupt navigation satellites and knock out radio. In 1989, a geomagnetic storm from a solar outburst shut down Quebec's power grid, leaving more than 6 million people in the dark for nine hours, according to the North American Reliability Council.

Love said the rocks there are probably similar to those in New England and New York, though he hasn't studied the region. And not all rocks have the potential for mayhem. Sedimentary rocks throughout central Pennsylvania and elsewhere would let the sun's bursts pass right through.

The studies will help develop models for operators to test their grids' ability to withstand solar storms, as required by the Federal Energy Regulatory Commission. Still, there's not a lot of experience to draw on, Balch said.

Researchers are developing models to help utilities and grid operators, though

"We only really have roughly 35 years of digital data," he said. "Earth conductivity is something that is just beginning to be available in more realistic types of models."