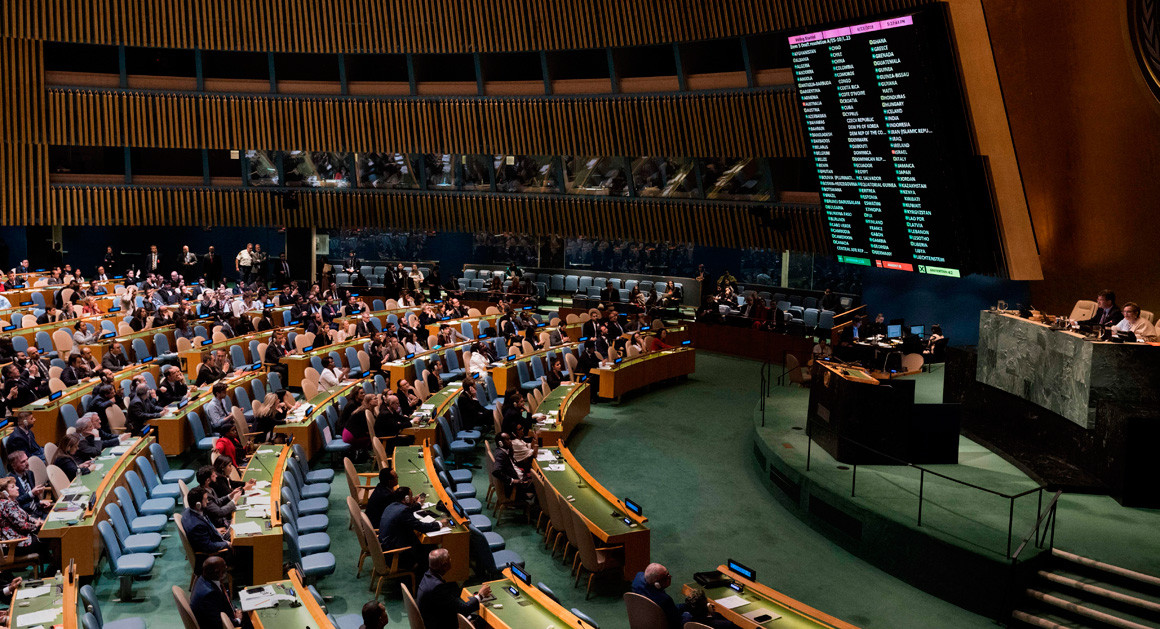 When my phone buzzed at 1:11 p.m. on a Friday afternoon this past March, I knew there was a problem. I had been expecting an email from New York, not a WhatsApp message asking if I had "a minute" to talk.

For the past two years I had been what the United Nations Security Council calls an "expert on mission," a lofty title for an often invisible position. In my case, I was a member of a five-person "panel of experts" charged with monitoring the targeted sanctions program in Yemen. We were responsible for briefing the Security Council on developments in Yemen, which is in the midst of a brutal war. I spent my days writing reports on everything from Al Qaeda and ISIS to the marital relations of the former president's daughters and, most important, proposing names for the sanctions list.

When it comes to the war in Yemen, which has killed at least 10,000 and displaced many thousands more since its inception in 2014, the U.N. has taken a carrot-and-stick approach. The special envoy, of which there have been three in the past four years, is the carrot. He travels back and forth, enticing, cajoling, and doing whatever it takes to get the different sides to sit down and negotiate a settlement. The panel of experts is what passes for a stick. We represent the threat of sanctions—which in Yemen means an asset freeze and a travel ban—and we report to the Security Council violations of international law, of which there have been many by all sides in this war.

But for all that, U.N. expert panels tend to be kept at arm's length by the Security Council. Panels are independent, which means members of the Security Council don't get a say on what makes it into the various reports, although that doesn't stop many from trying. Independent also means that the Security Council can distance itself from the reports whenever it is politically expedient. And it means that U.N. experts are not actually U.N. employees, we're individual contractors—hired, as one colleague liked to say, with the same form the U.N. uses to procure printer paper—so we're not entitled to benefits like health insurance and our position has to be renewed each year.

Typically, this means we're nominated by the under-secretary-general for political affairs and then appointed by the secretary-general. But in between those two steps comes a third. Each name is sent to all 15 members of the Security Council—the five permanent members and the 10 rotating ones—for approval. Most of the time the process goes smoothly: A slate of names is put forward, countries say nothing, the seven-day "no-contest" period expires, and the panel is appointed. But sometimes there's a problem. Any member of the Security Council can place a hold or block any candidate for any reason. No questions asked.

I was pretty sure that's what the WhatsApp message was about. The "no-contest" period for our panel had expired 11 minutes earlier, at 3 p.m. EST, and it looked like a country had challenged my nomination at the last minute. And I was pretty sure I knew who: Russia.

A few months earlier, in December 2017, our panel had met in New York to finish drafting our final report, which we were scheduled to present to the Security Council in January 2018. We knew our report was going to be controversial—particularly the section in which we laid out in detail how Iranian ballistic missiles had been smuggled to Houthi rebels in violation of a U.N. arms embargo.

The evidence, which was incontrovertible, meant that our panel had to find Iran in noncompliance with a U.N. Security Council resolution. This was a damning and inconvenient charge to present to the Security Council, which as a body often looks for reasons not to act. We knew our evidence and conclusions would be scrutinized by experts in capitals from Moscow to Tehran and Beijing to Paris, so we spent days going back and forth, arguing with one another, testing and retesting our claims. I was the last holdout, mostly because, as an American, I was worried about what the current administration would do with our findings that Iran was in violation of a U.N. Security Council resolution. But, in the end, the evidence was overwhelming. We were paid to do a job, and to do it honestly. Iran was in noncompliance and so, like my four colleagues, I signed the report.

As part of our time in New York we also held bilateral meetings with members of the Security Council, some of whom urged us to weaken our findings with qualifications and equivocations and some of whom encouraged us to go further than our evidence allowed. It doesn't take much imagination or understanding of geopolitics to guess which countries urged what.

Russia, not surprisingly, wanted us to weaken our report. And when we returned to New York in January 2018 to brief the Security Council, we met with their team again. The Russians reiterated their strong doubts about our conclusions, saying they didn't think we had made the case that Iran was smuggling missiles into Yemen. But, perhaps as a way to soften their criticism of the rest of the report, they also said that they had found the "armed groups" section of the report, which I had written, "very useful."

I nodded my thanks—direct compliments are rare in the bureaucratic world—but inside my heart relaxed. I wanted to keep my job. I'd just found out my wife was pregnant with our second child and didn't like the idea of uprooting my family twice in as many years.

During the drafting of our report, we'd been warned by the U.N. Secretariat, the staff members who recruit us and oversee us, that if we insisted on sticking to our guns on the Iranian missiles there might be political retribution. Some us might be blocked when it came time to be renominated. The most obvious target was the arms expert, a British national who led the investigation of the smuggled missiles. But he was term-limited. U.N. experts can serve for only five consecutive years, and his time was up. As an American, I was the next obvious target and, unlike my British colleague, I was seeking renomination. If there was a price to pay, the consensus on our team was that I would pay it.

So when the Russians said they found my section of the report "very useful," I was relieved: I took it to mean they appreciated my work and wouldn't be looking to block my nomination in March.

The WhatsApp message that Friday suggested I had been wrong. I took a deep breath and dialed the committee secretary in New York. She made it clear that the Russians had placed a hold on my nomination, but not for the reasons I thought.

Twelve days earlier, the U.S. had placed the nomination of a new Russian expert to the Sudan panel on hold, citing his lack of experience and asking for more information about his qualifications. Russia retaliated, as it often does these days, with a tit-for-tat response. They decided to place a hold on the next American nomination: me.

Russia used the exact same language as the U.S., citing my lack of experience and asking for more information about my qualifications, even though they had already confirmed me twice. (For the record, I have been traveling to and studying Yemen for 15 years. I had a Fulbright fellowship to Yemen, did my Ph.D. on the country, wrote a separate book on Yemen and terrorism, have testified before the U.S. Senate and in federal court, written dozens of articles and given hundreds of interviews all about this one country on the edge of the Arabian Peninsula.)

"It's ridiculous," one U.N. staffer told me. "We think that if the U.S. lifts its hold, the Russians will lift their hold on you. But," she hesitated, "you'd probably have to wait an extra 12 days."

"Wait," I said, "so if the U.S. lifts their hold I would have to wait another 12 days for the Russians to lift their hold on me, just so the responses are reciprocal?"

Over the next few weeks I watched as U.S.-Russian relations continued to deteriorate. The U.S. expelled 60 Russian diplomats and closed a consulate over Russia's poisoning of a former spy in the UK, so Russia expelled 60 U.S. diplomats and closed a U.S. consulate. Tit-for-tat. When the U.K. ambassador to the U.N. referenced Sherlock Holmes, comparing the Russians to Arthur Conan Doyle's arch-villain Professor Moriarty, the Russian ambassador read from Alice in Wonderland about the Queen demanding the sentence first and the verdict later.

What was farce for diplomats was real for me. Because I was a consultant and not a U.N. employee, my contract expired and the U.N. stopped paying me. One month without a check slipped by, and then another. Eventually, after being told the hold could last for as long as six months and that the U.N. had never renominated individuals who had been blocked by a member of the Security Council, I withdrew my name from consideration and re-entered the job market. (A few weeks after I withdrew my name, the hold was lifted.)

The Russian diplomat, the one who had complimented my work, sent me a message through an intermediary, apologizing for the mess, but saying it was out of his hands. "It was great power politics," he said.

So it was. Russia has returned to an age of blocking the U.S. where it can and frustrating it everywhere else. This is true in Europe, the Middle East and, as my case shows, at the U.N. Security Council. The weaker the U.S. becomes, the stronger Russia looks.

Gregory Johnsen is resident scholar at the Arabia Foundation. He served on the Yemen Panel of Experts at the U.N. Security Council from 2016 – 2018.