I'm 28-years-old, and three years ago I started the longest investigation of my journalism career: marriage. My wife, Jill, is great, and I'm happy. We have a dog named Abby and a home together. Still, I can't help but wonder what my life would be like if I didn't get married in my twenties. Would I be living the high life as a desirable bachelor or still be wearing cargo shorts?

So far, here's what I know about marriage: It's mostly eating food and complaining about stuff with someone you love. The bulk of your life with your partner is spent in separate spaces doing some boring thing to earn money or pass the time until one of you thinks of a reason to annoy the other. Perhaps one of you found some new food to eat or something else to complain about. It's nice.

In order to find out if getting married in your twenties is a good idea, I interviewed several experts around my home city Regina, Saskatchewan in the areas of sex, politics, spirituality, finances, and children. You see, marriage is like a Hot Pocket: it can look good, but these issues are the filling that can ravage your insides, leaving you empty and miserable. Also like marriage, Hot Pockets aren't that special after the first one. Along my journey, I also surveyed a bunch of strangers around town to ask them whether getting married in your twenties is wise.

Traditional wisdom says to have a lot of sex before getting married young. Practical experience taught me this was never an option. Still, you have to realize your tastes, preferences and comfort levels will evolve beyond your twenties. When you get married, you will discover what ignites you and your partner's passions—and then only ever do those things after very specific criteria have been met, and one of you doesn't have gas. Unless you're into that.

To find out how young couples can maintain healthy sex lives, I went to Industrial Luv, a Regina sex shop. Surrounded by lingerie and advanced butt technologies, I spoke to operations manager Lisa Phillipson. She said getting married in your twenties isn't a bad idea if you find the right person, but she suggests young couples spend some "alone time" discovering their "hot spots" before committing. 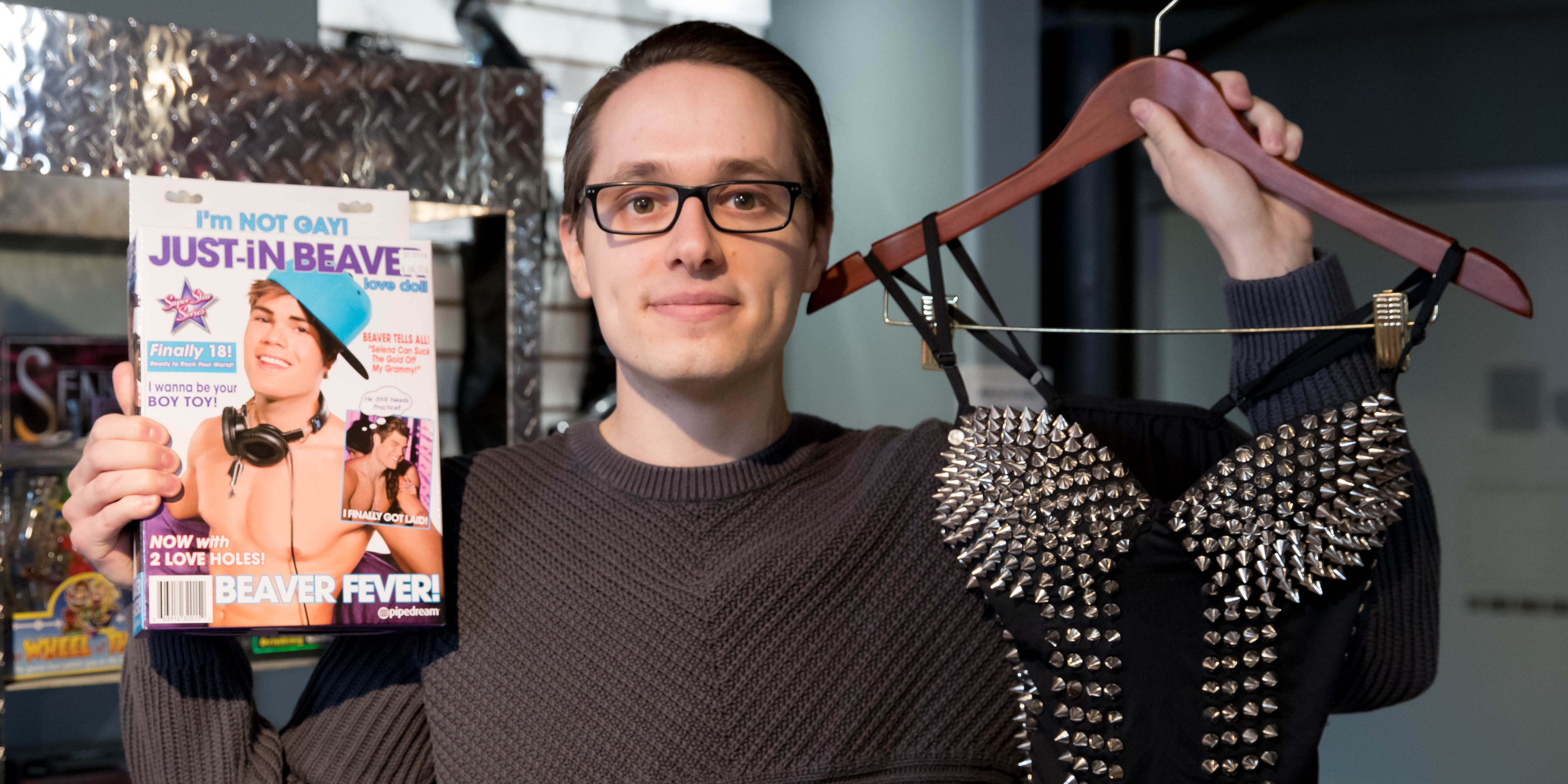 "Figure out what kind of ideas turn you on, whether they can be ideas that you can actually reach towards or ideas that should stay in fantasy land—having sex with unicorns might not be attainable, but bringing handcuffs into the bedroom could be." I asked Phillipson how a couple in their twenties might introduce props during intimate activities, and she said gradual change is best: "Bringing home nipple clamps right off the bat might not be a good first-time choice."

"Live together for a couple years first. People get weird."

Your twenties are a volatile time. You've probably spent your whole life learning from your parents or guardians. After a few test runs in the wild with their views, you've probably confirmed your greatest influencers are, in fact, very dumb. It's on you and your partner to come up with your own beliefs. This is not to say you need to agree on all your partner's ideas. You just need to decide which political talking points to avoid around their weird relatives.

In order to get a handle on how young minds should shape their politics, I spoke to a political science professor, Dr. Jim Farney, at the University of Regina. He said "why not" get married in your twenties? He did, and he said it's been wonderful. I asked him about conflict resolution and how to resolve political differences between married people. 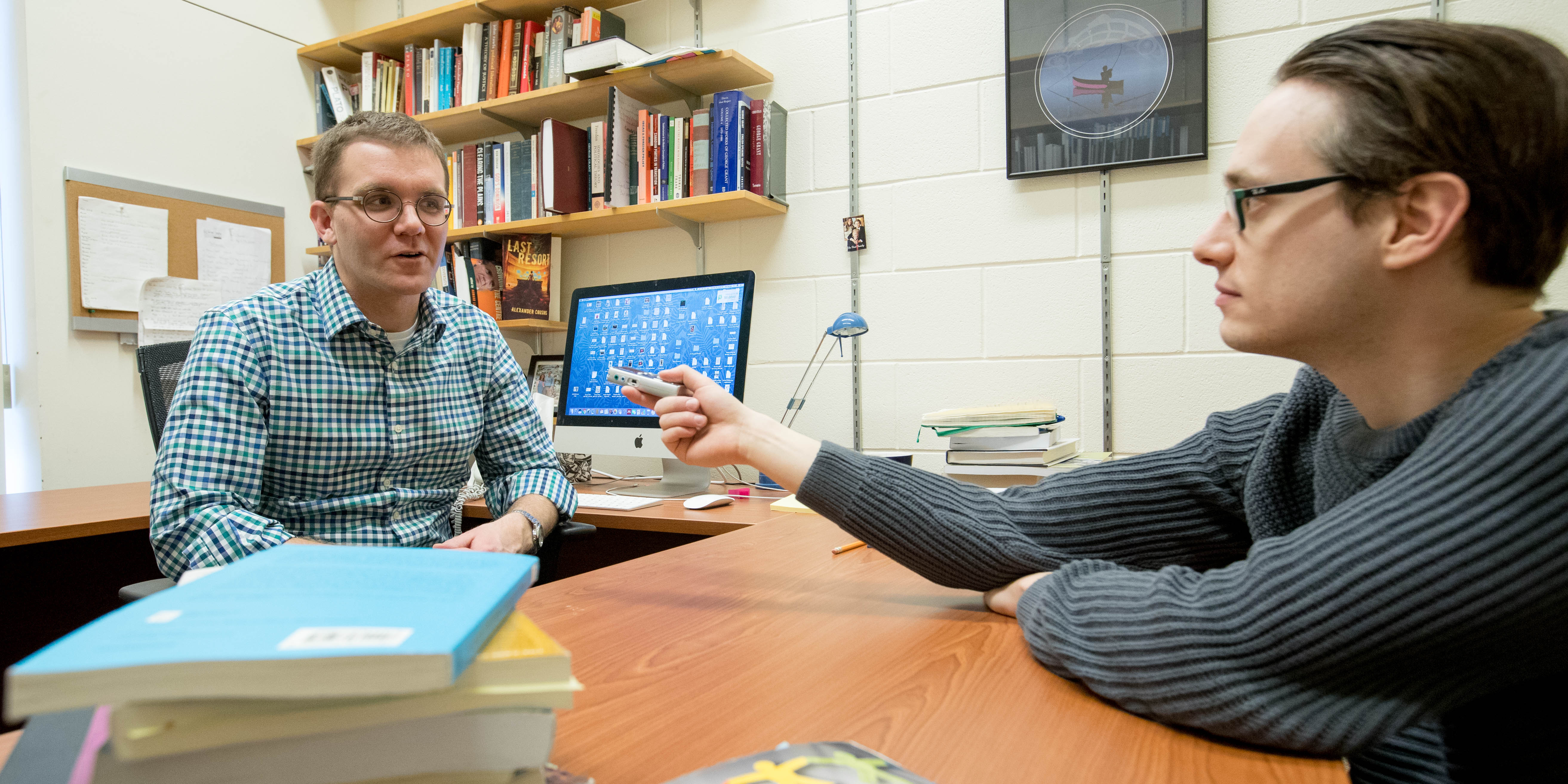 Dr. Jim Farney, wondering why he agreed to this interview.

"I would suggest [political differences] are not going to be resolved," he explained, "It would be like the French-English difference in Canada. You're never going to switch to just one language. So you might as well agree to disagree and find ways constructive ways to do that." As for political role models for one's marriage, he cited Canada's Prime Minister Justin Trudeau and his wife Sophie, whose personal life is "very public" and "very awkward."

Since Dr. Farney is an educator and works around young minds, I decided to be blunt and ask if twenty year olds are too stupid to get married. "Twenty-year-old men, probably yes," he said. Needing more guidance, I asked how I could completely dominate my wife's world views, and the political scientist said I should probably give up.

"Try to learn every day."

"Find the funniness in everything that happens."

Fundamental spiritual beliefs can be tricky to reconcile in a relationship. Spiritual beliefs are like soda: Some people are Coke and others are Pepsi, and that's just the way it is. You might find yourself getting to know someone special, and then you discover they are into one of those batshit crazy, off-brand sodas. Maybe you swore off sugary drinks, and it's weird when their family offers you some. If you love the person you are with, you might have to compromise and water down the "soda" they give you... because it tastes way too Catholic or whatever. 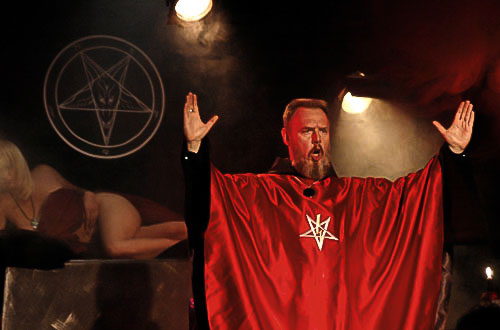 I needed guidance on religion and marriage, so I turned to the greatest power I could, Peter H. Gilmore, high priest of the Church of Satan. Over an email exchange, he had a lot of advice for couples in their twenties. He talked about philosophy, moderating pleasure and the importance of commitment. He seemed pretty chill. Pete, the Satanist, summed up with this:

"… Building lasting partnerships takes effort from all involved, and it may not be easy at times. My wife and I married in our early twenties and now having been married for over 35 years we know that it can be done. As with anything worthwhile, it is not easy, but the rewards are well worth the efforts involved." Hail Pete.

"Make sure you really love them, and you're not getting pressured by your parents."

"Once you hit thirty, it's too late."

Some of the most important questions a couple must consider before walking down the aisle are about money. Do you have enough of it to waste on an a suitably excessive wedding? Is your partner responsible with their finances? How can you trick them into believing that you are? Will you combine your funds? Or, to put this in millennial terms: Will you fuse your debts into a Frankenstein's monster of shattered dreams?

To answer these questions, many people consult banking experts or follow the example set by their parents, but this is a critical error. After all, these individuals probably got you into financial ruin in the first place. That's why I sought advice from the ultimate money expert: a pawn shop owner. Whereas financial institutions are likely the cause of your money woes, pawn shops are a quick solution. 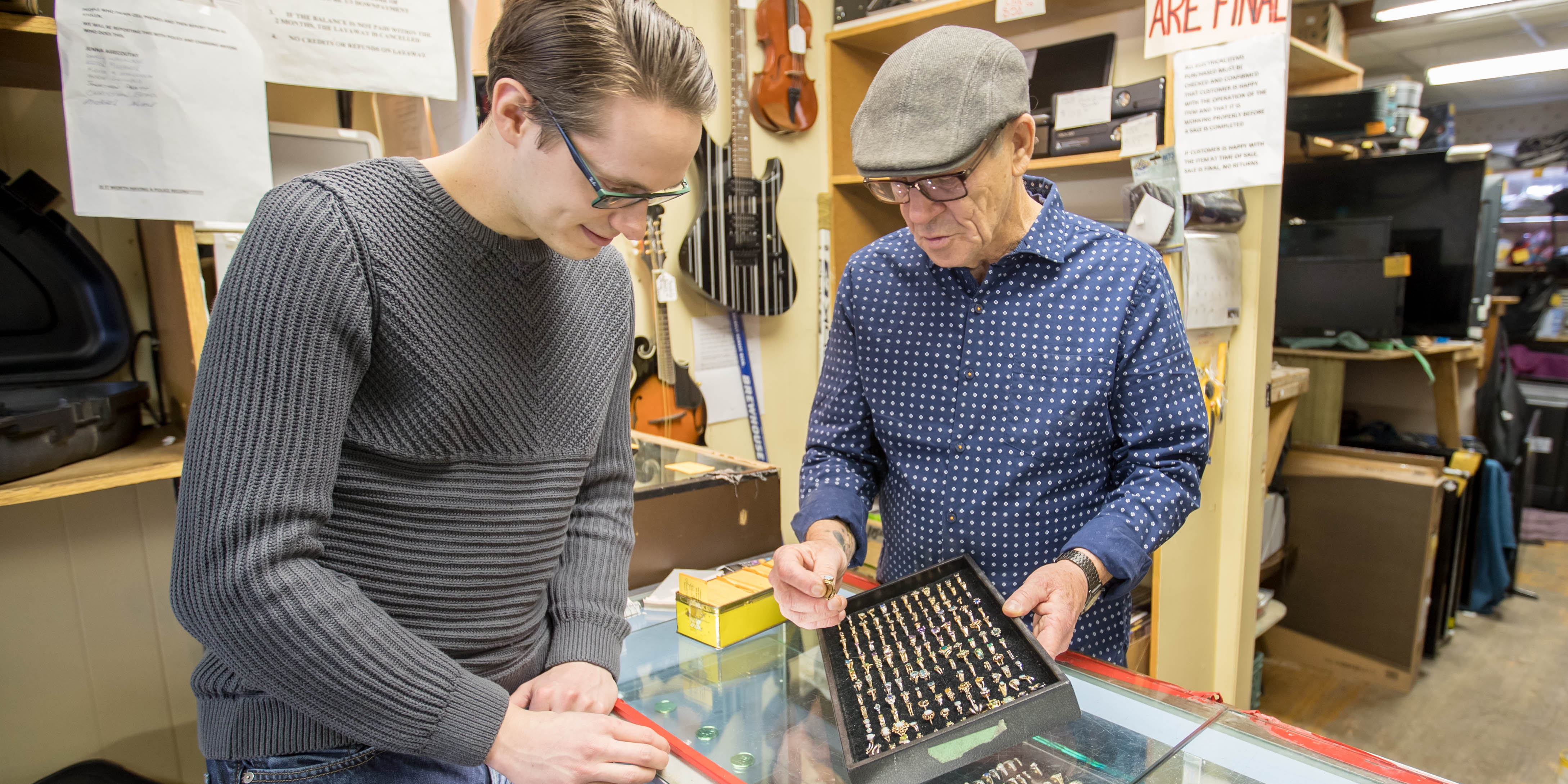 So many used rings, so many divorces!

Bart Johnson owns Cathedral Pawn, and he thinks it's a good idea to get married in your twenties. He said couples should stop and think about what they're actually committing to before getting hitched. For financial advice, he suggested, "Keep your finances separate from each other." Johnson then told me he has thousands of second-hand engagement and wedding rings for sale. He held up a display case with row upon row of rings that sparkled like the teeth of a bear trap.

I asked if any of the rings he had might be cursed, and he said, "You have to wonder if you're cursed yourself."

Once you get married, family, friends and strangers will coerce you into reproducing. Their sense of wellbeing is directly linked to you exchanging fluids with your partner and creating life. Brunches, holiday gatherings, and grocery store run-ins will inevitably lead to the question: When are you having kids? This idea will be presented with such frequency, you will consider simply opting out and "getting snipped," and by that I mean cutting your car's brake line and driving into oncoming traffic.

The point is you need to discuss the possibility of children with your partner before getting married.

My friend Dane recently had a kid with his spouse, and he described parenthood to me as "high-stakes pet ownership." Furthermore, my mother often says managing kids is like "herding cats." With that in mind, I decided to test out fatherhood by hanging out in a room full of cats. I arranged to meet with four cats, three of which are siblings that were born under a porch only a few months ago. Their names are Belfour, Juniper, Osler and Jasper. Their human parents told me about the joys of caring for the fur babies. 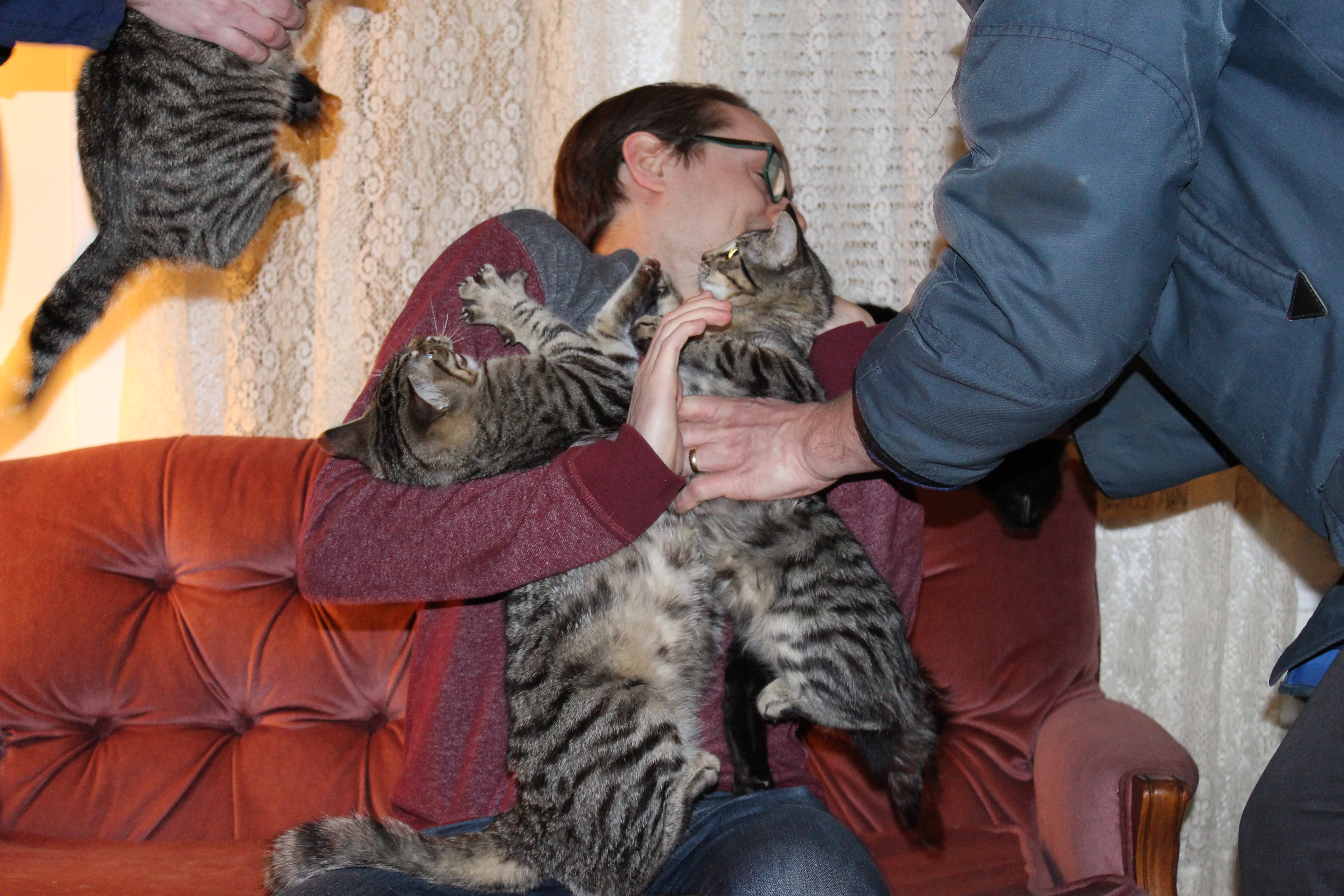 "One night I found Jasper licking his crotch and he had his first boner," one happy father told me. I imagined what my life would be like with children as the kittens romped around the room, their eyes alight with curiosity. Feeling some paternal instinct come awake inside me, I asked to hold the entire feline family for a photo. As we settled down, I realized being a parent is about loving something more than you could ever love yourself.

Suddenly Jasper exploded into a storm of claws, gouging my throat and sending the other cats out into the night like meowing shrapnel. I'm allergic to cats, so the skin around my wounds immediately became inflamed. Children are dangerous; they left me looking like I got a hickey from a garburator.

"Never go to bed during an argument."

"If you were like 14 when you got together, I guess it's not that bad to get married in your twenties."

After talking to so many people about marriage, I wondered if I was losing track of the point of all this. Advice swirled in my mind like a wedding speech caught in a blender. I saw flashes of Justin and Sophie Trudeau, used engagement rings, Satan, giant rubber dicks, and furious cat eyes where certainty once was. Seeking comfort, I went to the only person I could: My wife, Jill. 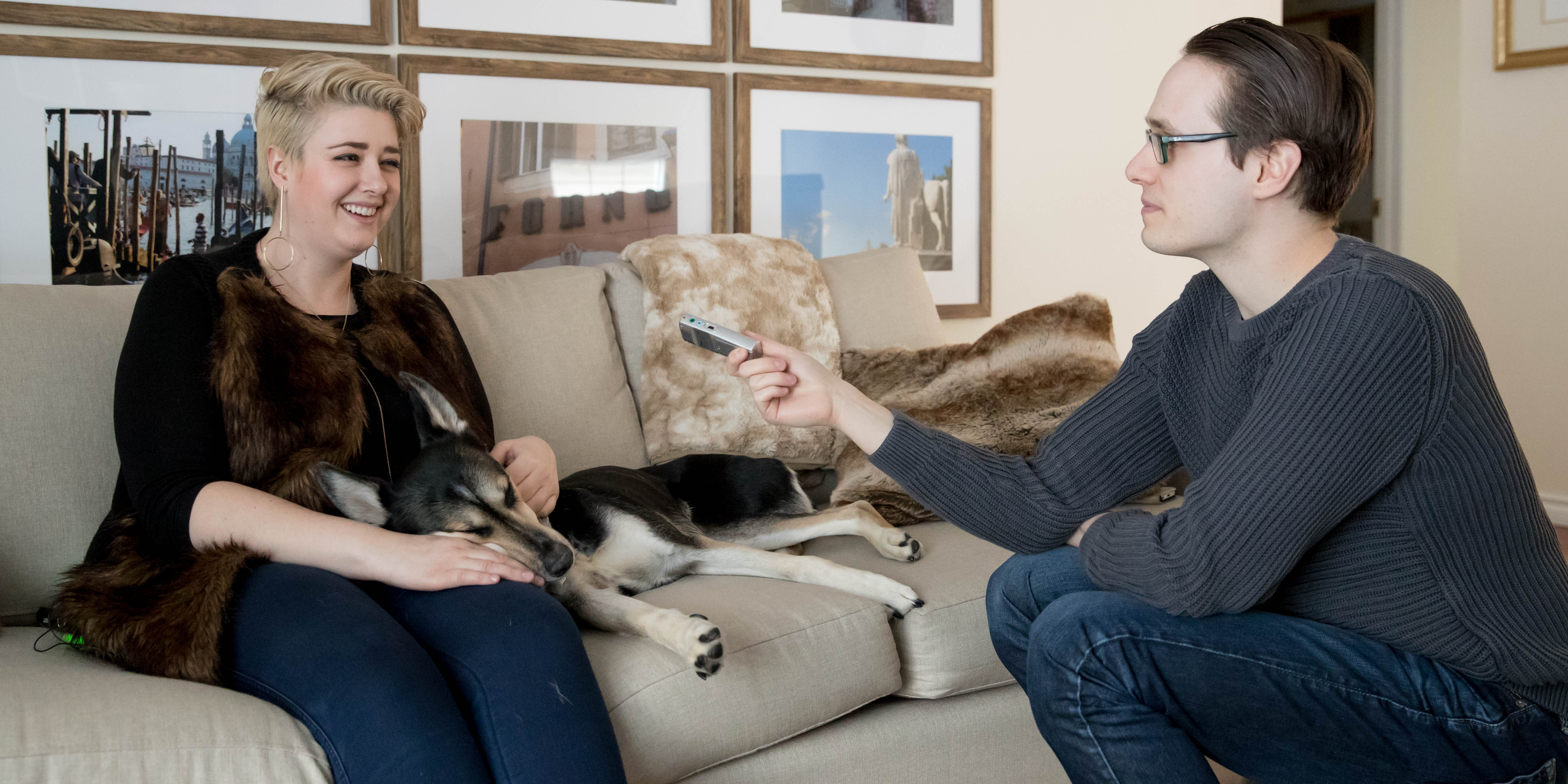 My wife Jill, who is a very, very good sport.

She said it was a good idea for us to get married in our twenties. I asked what it would take to keep the "spark alive" while we plan an entire lifetime. "Try to do new things together, go on trips, experience new things that are different," she said. I asked if she knew about nipple clamps; she said she'd heard of them. In that moment, I saw beyond her look of confusion and concern and into her heart. I knew everything was going to be OK.

We got married because we fell in love, and we both decided to make that bond the most important thing in our life. And that, I think, is the Greatest American Challenge.

"There is no good advice."

Conclusion: Sure, get married. Just don't have kids.