The developer of venerable PlayStation singalong series SingStar — which turns 10 years old today — has found an inventive way to lower the barrier to entry to enjoy karaoke at home. With the upcoming PlayStation 4 version, Sony is ditching the need for dedicated microphones. Now you can just use your mobile phone.

SingStar for PS4 will let players pair their iOS and Android phones with the game and use the built-in microphone in their mobile device to capture audio. Current smartphone mics are surprisingly capable, says Sony Computer Entertainment Europe London Studio director Dave Ranyard, which he demonstrated when singing Britney Spears' "One More Time" into a Sony brand Android smartphone.

To pair your mobile device to SingStar, players will need to be on the same wi-fi network as the PS4 and input a four digit code into the free SingStar App for iOS or Android (4.0 or greater). From the app, players can not only sing along, they can also build song playlists to keep singalongs moving smoothly.

The PS4 version of SingStar will support older microphones from the PS3 version, if you already have them, as well as the PlayStation Camera for group singing. The camera accessory can also be used to layer on augmented reality effects, giving players goofy polygonal animal heads or adding graphical filters. 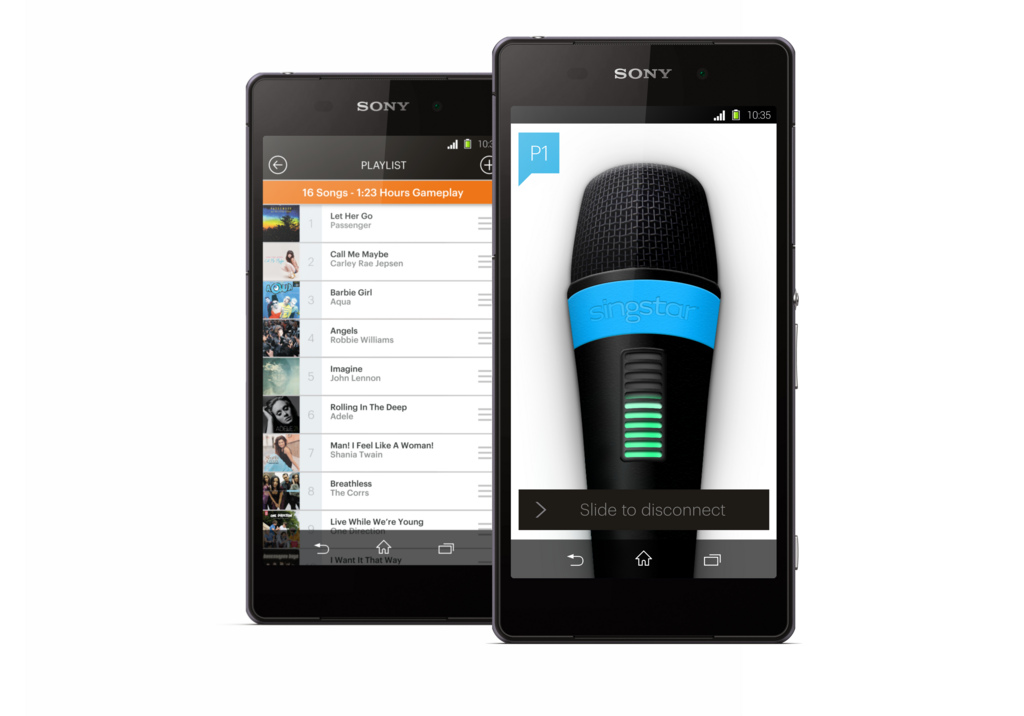 SingStar for PS4 will support songs players have purchased from the SingStore on PS3 and is expected to have thousands of available tunes at launch, Ranyard said.

The PS4 version of the 10 year old karaoke game will also let players send each other asynchronous challenges, like score competitions, through PlayStation Network. SingStar players will be able to share their experiences — including in-game snapshots — through Facebook and Twitter.

In North America, Sony plans to release SingStar for PS4 as a free download from the PlayStation Store this fall. It will include 10 demo songs, each a minute long, and work with your existing library of SingStar songs. In Europe, the game will be released on disc and include 30 tracks. The disc-based release will retail for £23.99/€29.99 and hit in October or November.