Co-founders Bobby Murphy and Evan Spiegel could wield total control over Snap for another 50 or 60 years.Photo by Drew Angerer/Getty Images

If you bought shares in Snap, the company behind the popular Snapchat messaging app, during its initial public offering earlier this month, what you didn't get was extraordinary.

Most companies give their shareholders the right to vote on how the company is run. Snap offered shares with no voting rights. "Our two co-founders have control over all stockholder decisions," Snap wrote in a key IPO document called the S-1.

When companies earn profits, most pay some of the money back to shareholders as dividends. Not Snap. "We do not expect to declare or pay any cash dividends in the foreseeable future," the company warns. Instead, co-founders Evan Spiegel and Bobby Murphy will get to decide how to reinvest the company's profits.

It might seem crazy to buy shares that come with no voting rights and no prospects of earning dividends in the foreseeable future. It's relatively uncommon in the business world as a whole. But it has become something of a trend in Silicon Valley. Snap is following in the footsteps of Alphabet (Google's parent company) and Facebook, two other founder-controlled technology firms that have never paid dividends to shareholders.

Advocates for this approach argue that tech companies will actually perform better if management is insulated from shareholder pressure for short-term profits. Notably, Alphabet and Facebook have seen big gains since they went public.

Other companies that adopted the same structure don't paint such a rosy picture. The online deal site Groupon and the social media gaming site Zynga both went public with structures that gave their founders control over their companies. Both quickly crashed and burned.

So far, the market seems to have shrugged off the unfavorable terms of Snap shares. As I write this on Wednesday afternoon, a share of Snap is worth about $21, valuing the company as a whole at about $24 billion. That's a remarkable valuation for a company that has never turned a profit.

It suggests that investors have a lot of faith in America's market and legal institutions to ensure that if Snap succeeds, ordinary shareholders will eventually reap the benefits. 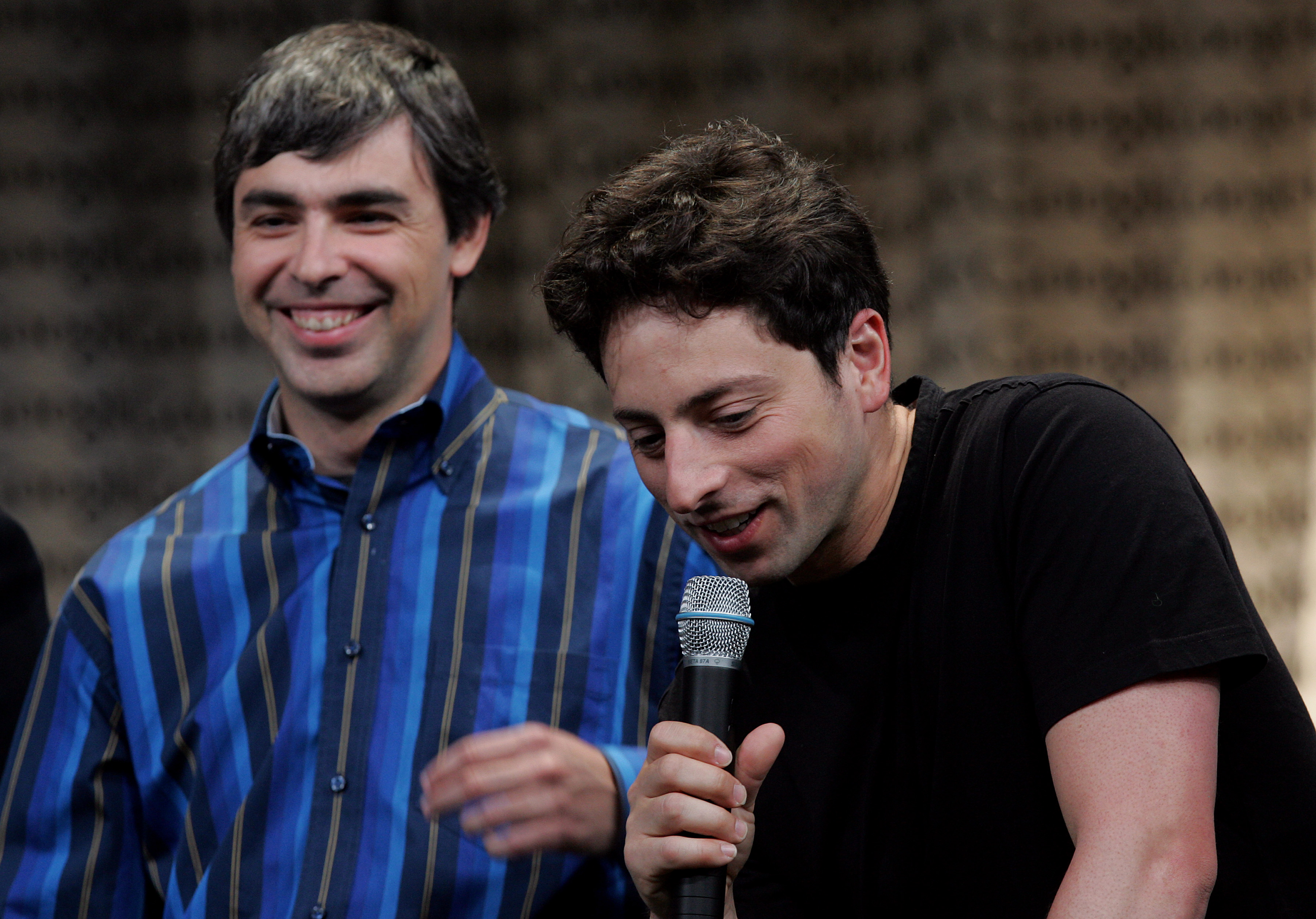 Silicon Valley didn't invent shareholder arrangements that give a few insiders control of a company. Ford, for example, was structured to give the Ford family disproportionate control over the company after it had its initial public offering (IPO) in 1956 — an arrangement that persists today. The family now owns just a tiny fraction of the company's shares, but those shares have special voting rights that give the family about 40 percent of the company's overall voting rights — enough to give them de facto control.

This kind of arrangement fell out of favor by the 1980s, as critics said unequal voting rights were bad for corporate governance. Then in 2004, Google started a tech industry revival of it.

"We have implemented a corporate structure that is designed to protect Google's ability to innovate and retain its most distinctive characteristics," Google co-founders Larry Page and Sergey Brin wrote in a 2004 letter explaining the new structure. The pair argued that giving themselves control would insulate Google from pressures for quarterly results and keep the company focused on long-term investments, ultimately benefiting all Google shareholders.

In 2014, Alphabet added a new class of nonvoting shares, a move that will enable the founders to cash out much of their Alphabet wealth without diluting their control of the company. Facebook followed suit in 2016.

Snap co-founders Spiegel and Murphy have been paying close attention. They decided to issue shares with no voting rights right away. The company reserves the right to issue more nonvoting shares in the future: "Our board of directors may decide to issue special or regular stock dividends in the form of Class A common stock, and if we do so, our co-founders' control could be further prolonged."

What this means is that over time, we should expect the founders of Alphabet, Facebook, and Snap to hold smaller and smaller stakes of their companies while still wielding total control over management decisions. In a decade, Zuckerberg could own as little as 5 percent of Facebook — yet it could still be impossible for shareholders who own the other 95 percent of the company to fire him, no matter how bad a job he's doing. Alphabet and Snap's co-founders are in a similar position. 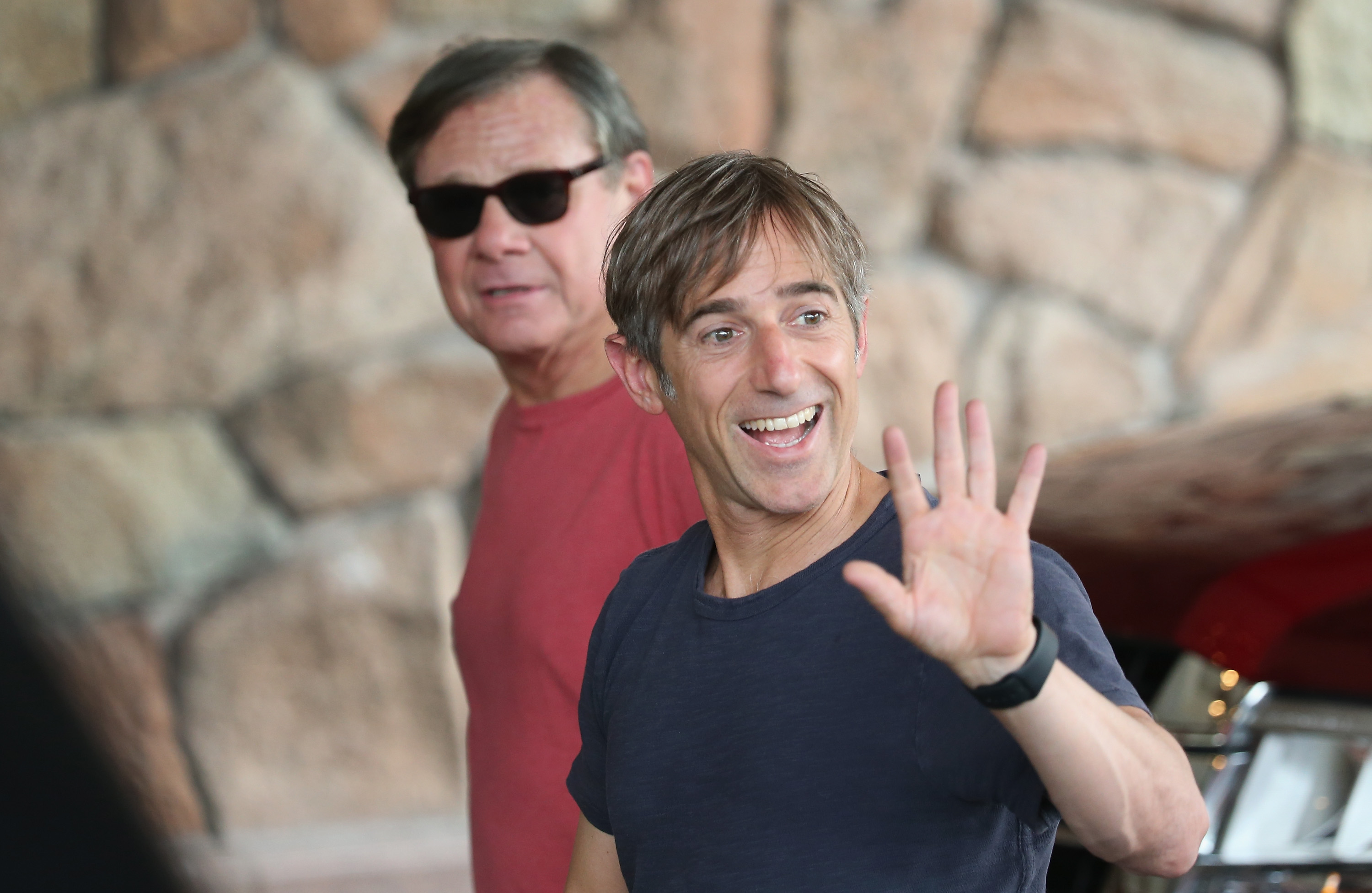 Mark Pincus had total control of Zynga in 2011 and quickly ran the company into the ground.Photo by Scott Olson/Getty Images

Obviously, these arrangements have worked out well for Facebook and Alphabet investors, who have seen the value of their investments soar since the companies went public. The problem is that founder-controlled companies don't always have such happy endings. 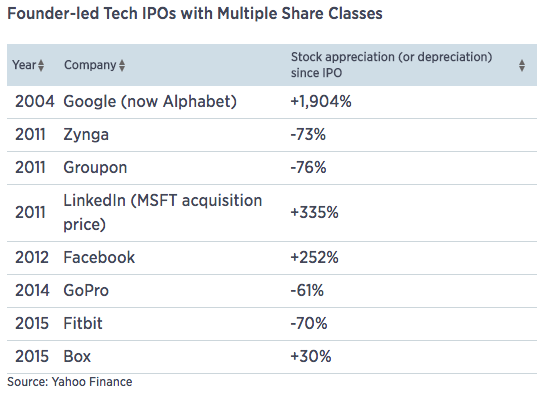 This helpful chart compiled by CNBC's Leslie Picker shows how various founder-controlled technology companies have performed over the years. Alphabet, Facebook, and the business networking site LinkedIn have been dramatic successes. But others, including 2011 IPOs Zynga and Groupon, have been dramatic failures.

Zynga was the company behind spammy Facebook games like Farmville. It debuted with much fanfare in 2011 but struggled to replicate Farmville's success. Facebook started objecting to some of Zynga's more aggressive marketing tactics, limiting the company's growth. And the abrasive management style of founder Mark Pincus started to rub a lot of people the wrong way.

Things got so bad that Pincus stepped down as CEO in 2013. He moved aside despite the fact that he owned a special class of stock that gave him a majority of the company's voting rights. Those shares weren't going to do him any good if Zynga went bankrupt, and Pincus apparently decided that replacing himself as CEO was the best way to help Zynga recover. Today, Zynga is still around but is worth a fraction of its 2011 value.

The story was similar at Groupon. The company debuted in a wave of hype over its online deals business model. But that business model quickly hit a wall as Groupon ran out of local retailers willing to offer deep discounts to attract new customers. With the stock's price cratering, Groupon CEO Andrew Mason stepped down in 2013.

"After four and a half intense and wonderful years as CEO of Groupon, I've decided that I'd like to spend more time with my family," Mason wrote in an email to employees. "Just kidding — I was fired today."

Mason could be fired because while Groupon's structure gave Mason disproportionate voting rights, it didn't give him an outright majority.

In 2016, Groupon announced that it was abandoning its multi-class share structure, reverting to a conventional one-share, one-vote rule.

The Zynga and Groupon fiascos demonstrate that founder control is never absolute. If things get bad enough, founders will face pressure to step aside, if for no other reason than because their still-significant stake in the company could be wiped out if they don't.

Things have to get pretty bad before this happens, though — so bad that the situation might be impossible to salvage. Groupon's stock, for example, is still 85 percent below its 2011 peak value. 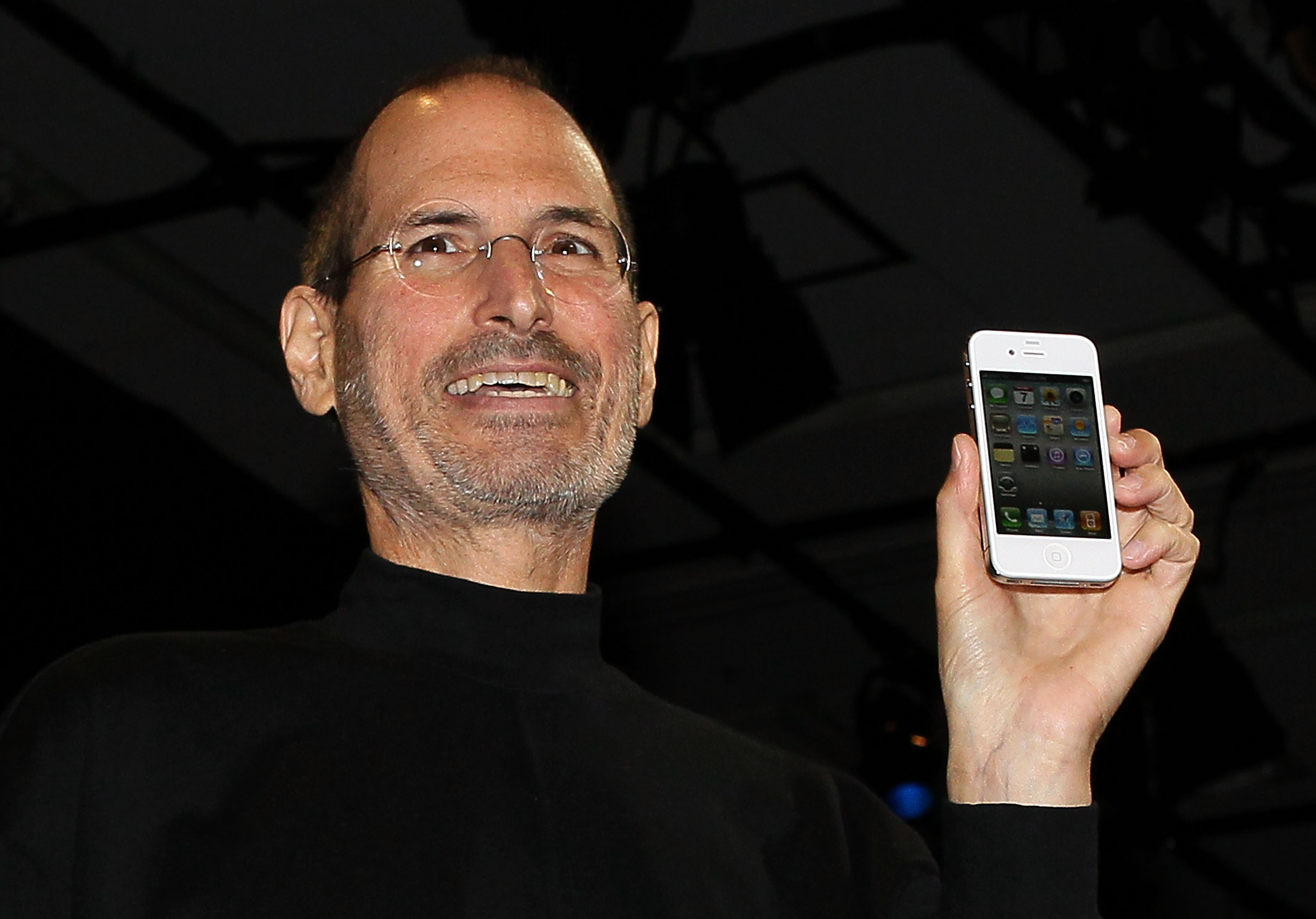 The deeper question to ask is why people are willing to invest in a company like Snap — which gives its shareholders no voting rights and no prospect for getting dividends — at all. Conventional theory says that people buy stock because they expect the company to earn profits that are paid back to shareholders. But Snap is warning investors that it won't do that for years — possibly decades — in the future.

So why do people buy stock in these companies? On some level, the answer is because they expect the companies to be worth more in the future than they are today. That's certainly been true for Google (its stock has risen by a factor of 16 since 2004) and Facebook (up more than three times its 2012 price). Investors are betting that Snap's stock price will appreciate in a similar fashion in the coming years.

The deeper answer, though, is that company profits can be expected to make their way back to shareholders eventually. Under Steve Jobs's 14-year tenure, for example, Apple racked up huge profits but never paid a dividend. Instead, it piled up an $80 billion mountain of cash. But after Jobs died in 2011, Apple started behaving more like a normal company, returning cash to shareholders through cash dividends and stock buybacks.

The fact that these dividend payments were delayed by several years didn't make much practical difference to Apple shareholders. Investors who wanted to cash out of Apple stock in 2005 or 2010 didn't have to wait for Apple to pay a dividend; they could sell their shares to someone else. And Apple's high profits got factored into the share price whether or not Apple was paying dividends in any particular year.

Investors in Google, Facebook, and Snap are making essentially the same bet: that eventually these companies will start to behave like normal companies that pay dividends. This could happen because the founders decide they've run out of ways to reinvest their profits and choose to give money back to shareholders. Or it could happen because the founders die, in which case the companies are slated to revert to a one-shareholder, one-vote structure.

But that could take a very long time to happen. Snapchat CEO Evan Spiegel is 26. His co-founder Bobby Murphy is 28. And they'll both have to die before Snap will revert to a one-share, one-vote rule. So Spiegel and Murphy could easily retain control of the company for another 40 or 50 years. During that time, they could make catastrophic management mistakes, decide to spend billions on money-losing vanity projects, or concoct schemes to funnel Snap's wealth to friends or relatives.

Yet remarkably, savvy investors have bet millions of dollars that Spiegel will manage the company tolerably well in the coming decades, earn big profits, and eventually pay those profits back to shareholders.

On a basic level, this reflects the power of the formal laws and informal norms that govern America's business sector. Shareholders can sue Spiegel if he misuses shareholder funds — for example, by funneling profits to friends or relatives. And while controlling founder-CEOs such as Page and Zuckerberg might not technically be required to please Wall Street, there have practical incentives to keep Wall Street happy — including the prospect of bad press and the negative effects of falling stock on employee morale.

So while it's theoretically possible for Spiegel to squander any profits Snap might generate in the future, there's actually a decent chance that he'll be a good steward of shareholder funds, whether they can vote to oust him or not.

Disclosure: My brother works at Google.