Yesterday, Levi Strauss & Co. CEO Chip Bergh made headlines for giving advice his company has given repeatedly over the past few years.

Levi's customers can just freeze their jeans to clean them, Bergh says, instead of washing them.

The idea is that by washing their jeans very rarely, customers can save water — an issue Levi's has become increasingly concerned about recently as they've tried to cut down on water consumption during their manufacturing processes. Some of their jeans come with instructions that tell customers to "wash them as little as possible" and "throw them in the freezer to kill germs and stink" instead.

The particular pair Bergh was wearing during yesterday's press conference, he said, hadn't been washed in the previous year.

Saving water is a laudable goal — and washing jeans when they don't smell is indeed wasteful. But on the rare occasions that they start to stink, there's a problem with Levi's recommended solution, which has since become internet lore. 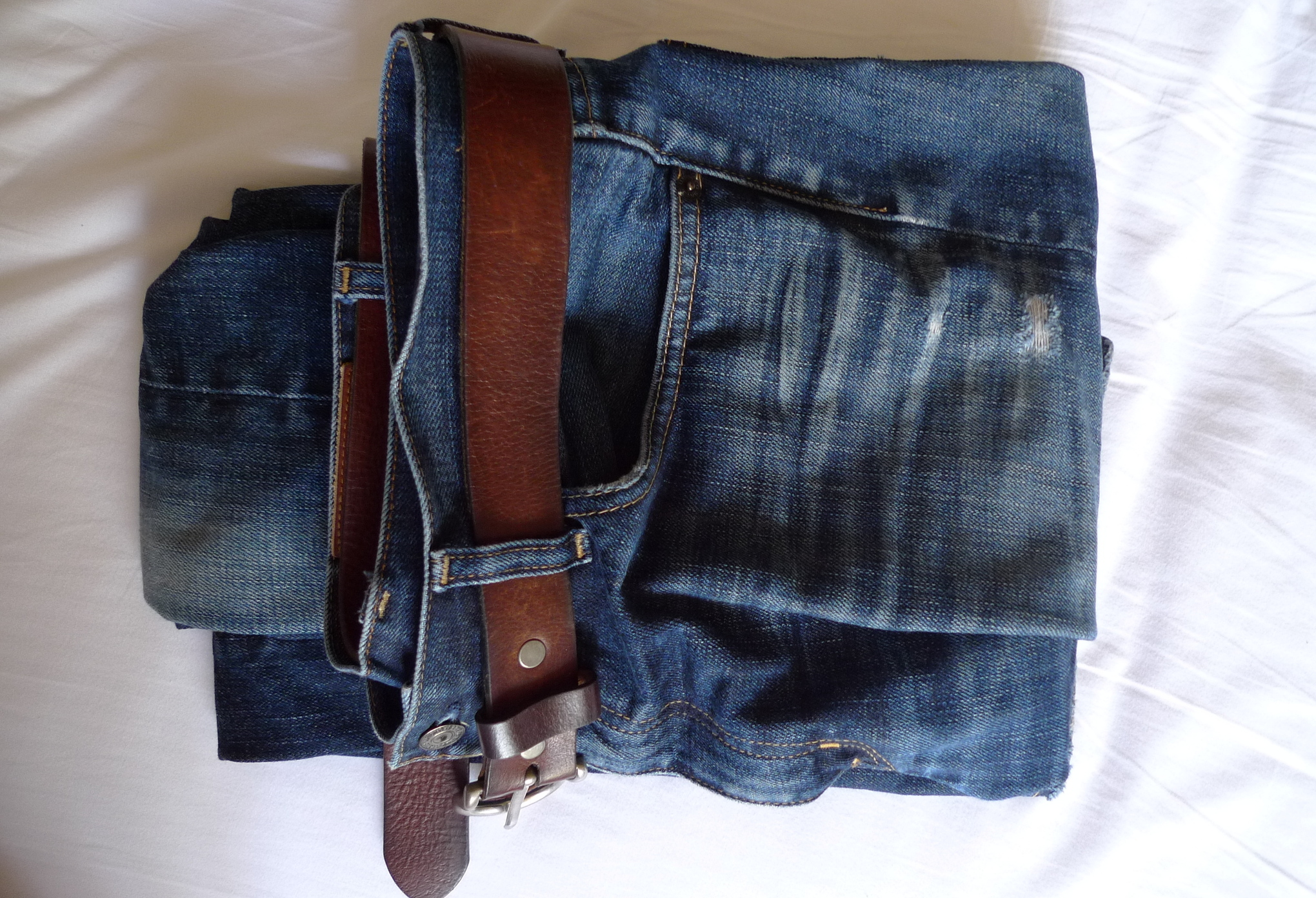 The "germs" Levi's refers to are bacteria that live on your own skin and migrate onto denim over time, causing it to smell.

Washing the denim kills bacteria, as does raising its temperature to extremely high levels — at least 121°C. But freezing a pair of jeans, alas, is not likely to kill all the bacteria on them.

"We freeze bacteria at -20 or -80°C and can then regrow them," says Julie Segre, a researcher at the National Human Genome Research Institute who studies the bacteria that live on human skin.

Sure, overnight freezing might kill most of the bacteria. But if some remain, they'd likely be able to recolonize the denim quickly after it warmed back up. That's because the dirt and dead skin cells present in the jeans — which serve as the bacteria's substrate — are left entirely intact by freezing.

Segre, in fact, thinks removing these substances is actually more important than killing bacteria for eliminating jeans' odors — which is why freezing just isn't effective, and old-fashioned washing is.

For their part, Levi's spokespeople have even admitted that the freezing idea originally came from designers, and they have no scientific evidence that it works. Of course, their efforts to reduce water use in the production of their denim are admirable, and they're probably right in telling customers that they don't need to wash their jeans very often, especially if they don't smell.

But when they do start to stink? "I wash my clothes to remove the dirt and to render them clean," says Segre.