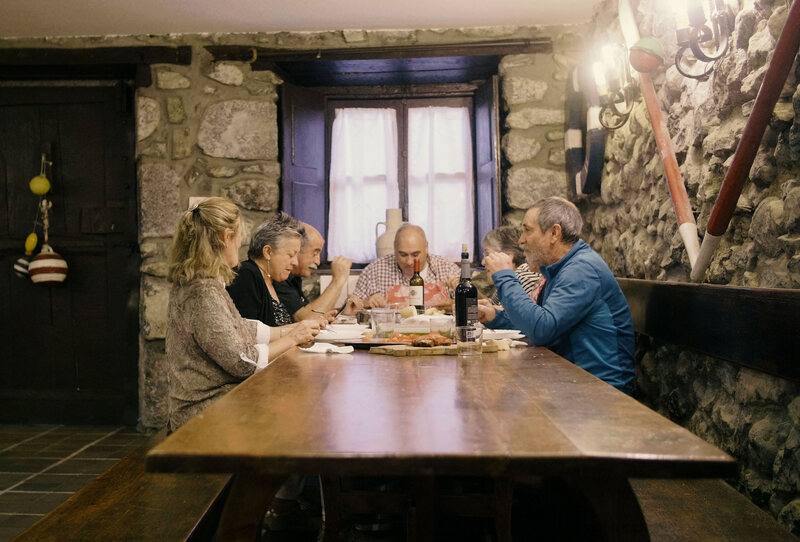 Enjoying a meal and drinks together at a txoko. All images courtesy of the film "The Txoko Experience: The Secret Culinary Space of the Basques" (2017).

In every crevice of Basque Country, Spain, friends gather behind closed doors to drink a glass of wine, perform music, play cards, and eat. Txokos, a Basque word meaning "corner" or "secret place," evolved from late-night sociedades populares (popular societies). In the mid-19th century, these societies formed in San Sebastián as middle-class workers began spending their increased wages at sidrerías (cider houses) and staying out later, often after existing cafes, restaurants, and bars had shuttered. Soon, these groups—known as "sociedades" in San Sebastián and in the Guipuzcoa region, and "txokos" in Bilbao and the Bizkaia region—became established entities where groups gathered to eat and revel.

Today, membership is granted based on an application, annual fees, a personal recommendation, or is passed down through families. But all txokos share the same general structure, in terms of the setup and communal aspects of the societies. Some txokos, usually ranging from 80 to 100 members, are dedicated solely to food and dining, while others revolve around certain religious, political, or sports groups. They're more than just a pastime, though. Txokos persisted through the authoritarian regime led by Francisco Franco during part of the 20th century. During that trying era, these clubs existed as safe spaces where the Basque could preserve their language, dishes, and culture in the face of persecution. 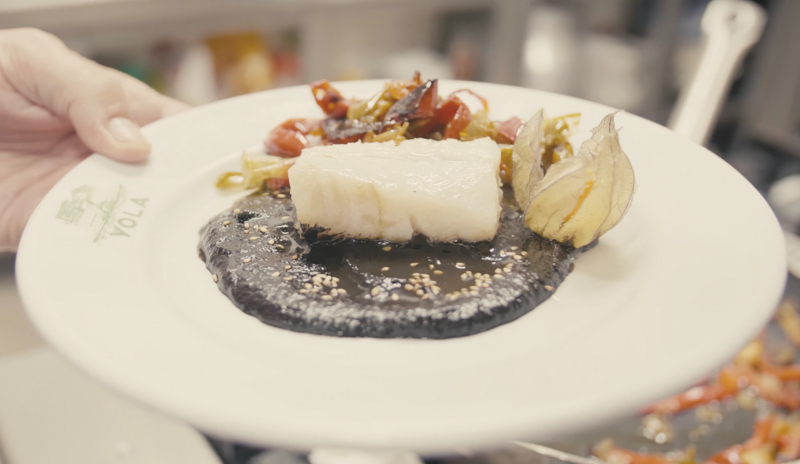 You never know what culinary wonders might happen at a txoko, since it depends on who's cooking that night.

Traditionally, it works like this: Either the best chef in the group—or who ever volunteered on a given evening—will prepare dishes central to Basque cuisine such as bacalao (salted cod), angulas (baby eel), or marmitako, a fish stew with potatoes, peppers, and tomatoes. Although txokos are equipped with basic supplies, including olive oil, spices, and wine, several members will typically make a trip to the market to buy fresh fish, bread, and produce, returning to the space and pooling a sum of money at the night's end to fund the groceries. While some members cook, others will set the table, tend to the fire, or simply pour themselves a cerveza (beer) and relax with friends.

Some txokos are located in the city center on the ground floor of businesses, while others are hosted by farmers in ancient stone buildings in rural areas. While members typically gather for special events such as birthdays, sporting events, or even funerals, they have daily access to the space and are welcome to drop by on weekdays after work, or on weekends. Today, it's estimated that over 80 percent of Basque men are members of one of the approximate 1500 private dining clubs existing in northern Spain. Although the clubs are historically male-only, that's been changing over the past few decades. Many txokos now allow women and families to become members. 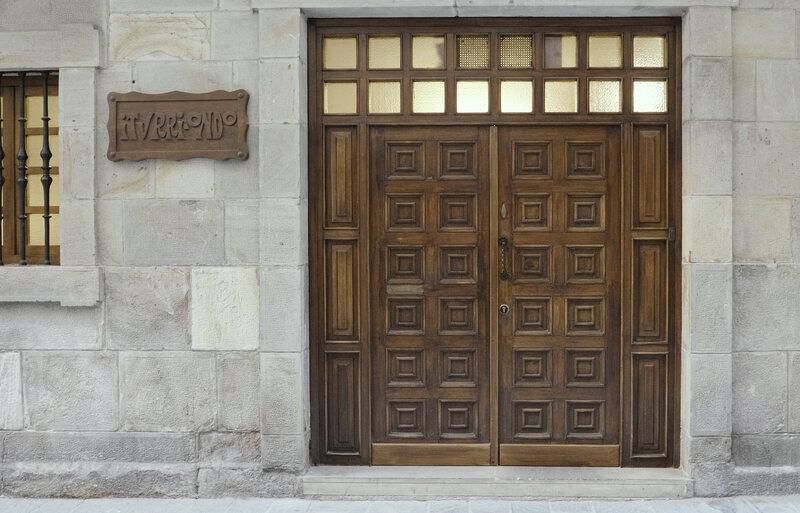 A nondescript entrance to a txoko.

Marcela Garcés, who wrote the screenplay for the 2017 film The Txoko Experience: The Secret Culinary Space of the Basques, describes the interior of most txokos as open, industrial-size kitchens with long tables for dining. Yuri Morejon, the film's director and a Basque immigrant, notes that after the meal, families and friends spend hours talking, singing, joking, and having drinks sobremesa, or around the table.

"Almost every memory I have from my childhood is related to food because we had a txoko in my parents' apartment building in Bilbao," Morejon says. "A txoko is a cozy place for celebrations with friends. For me, [the film] was a great opportunity to show people how Basque enjoy and live around food."

After the meal, members often sing Basque songs or play games such as La Rana, in which players try to toss metal disks inside a wooden chest. 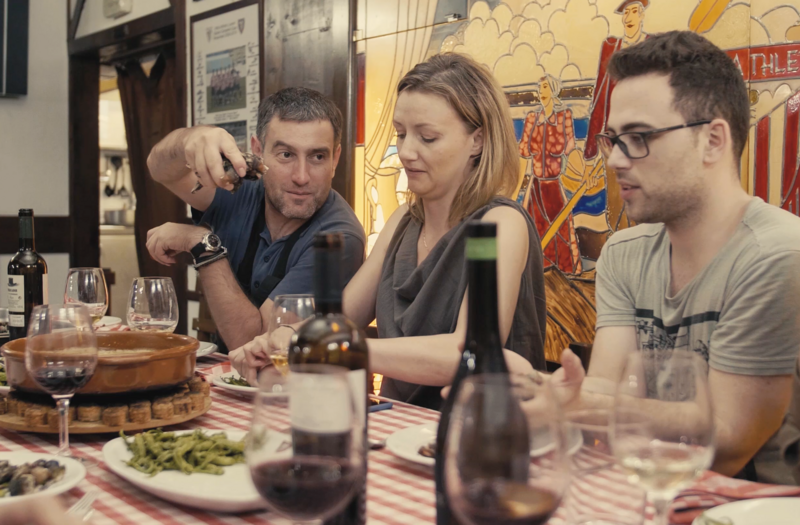 Members gather to share food, wine, and stories at a txoko.

Xabier De La Maza, a Basque native and restaurant owner, is a member of Cofradía Vasca de Gastronomía, one of the oldest and most well-known sociedades. While these gatherings have inspired many of the recipes in the region's Michelin-starred restaurants, to De La Maza, the societies serve as a place to do something fundamental to Basque culture: share. "We use food and drink in every stage of life, every good or bad moment," De La Maza said. "There may be more modern societies, more traditional societies, with people from different neighborhoods or ones from the same neighborhood, but they always serve as a point of union."

These points of union have made bigger waves outside of Basque Country in recent years. Chefs Alex Raij and Eder Montero frequently visit the region to spend time with Montero's family in Bilbao and explore different Spanish cuisines for their restaurant Txikito, in New York City. Montero says it's something beyond the dishes, dining experience, and quality of food that has caused Basque cuisine to become a bigger presence worldwide. He cites the example of a friend, who may travel three hours to forage mushrooms for a dish he would prepare for his txoko that afternoon, as an illustration of Basque people's devotion and connectedness to the land. "You find something and you want to share it with people in these small places that you gather in," Montero says. "It's a way of therapy. You're probably cooking the same dishes over and over again, the way your grandmother did it." 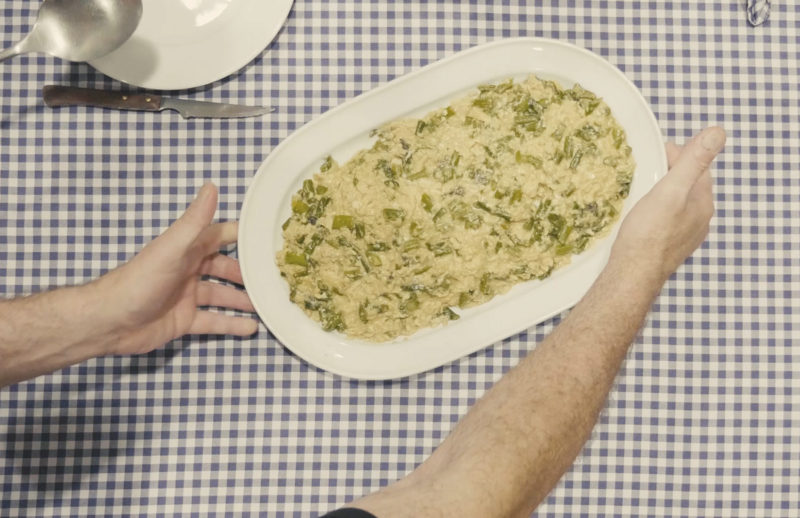 Sharing food is what keeps people coming back to txokos.

Although rooted in tradition, txokos continue to evolve in the face of tourism, a global gastronomic spotlight, and the inclusion of women and families. While mosts tourists walking the cobblestones streets of San Sebastián and Bilbao don't know about the discreet social gatherings being held, some larger and more commercially-minded txokos have opened their doors for cooking demonstrations or to share a meal with visitors. Occasionally, smaller txokos may invite non-members as guests or charge tourists a fee to visit their establishment, too.

Goiuri Azkarateaskasua, a recent graduate from Antzuola, Spain, says her father's sociedad, Eperra, was originally created to unite hunters in the area in 1975. Over the past two decades, the sociedad has since opened membership up to women and families. "I feel like we should embrace these new identities we now have in the region and welcome them into our culture," Azkarateaskasua says, "Since it's all about having a good time surrounded by great food and company."