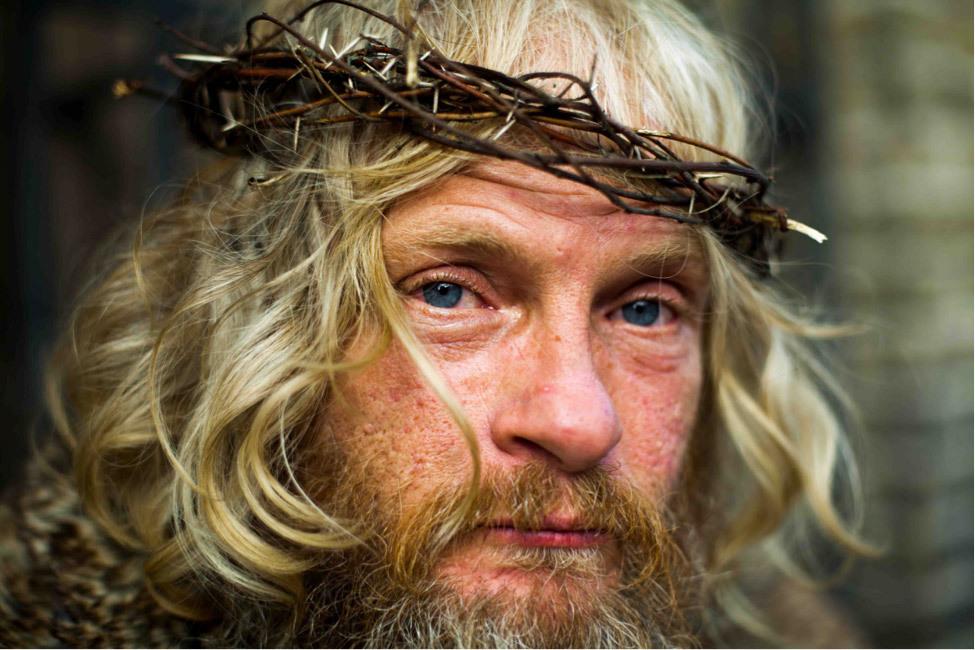 For two years, I've traveled the globe collecting dreams for my World Dream Atlas photography project. Below is an assortment of the most intense nightmares I've encountered this year. There were plenty to choose from.

Recently, I spent time in Iraqi Kurdistan on the front lines reporting on the war against ISIS. Not surprisingly, the Kurds there had particularly vivid nightmares. Despite talking with many people, I don't think I collected one pleasant dream the entire time I was there. In Iraq, as in other Muslim countries, good dreams are believed to be messages from Allah, while nightmares come from the devil. That perspective, enshrined in the Quran itself, leads many Muslims to pay close attention to their nocturnal visions and regularly seek interpretation from companions or religious leaders.

In rural Morocco, a craftsman recounted recurring nightmares of the devil attempting to enter his front door. Asked for advice, I suggested that before he fell asleep that night, the man should rehearse confronting the devil at the door and casting him away. It was a technique I had learned from a PTSD specialist in California. The following morning, the Moroccan man mournfully informed me that he had done as I instructed, and that the devil had simply changed tactics. He was now trying to come in through the back window. That is exactly how it is with our darkest fears. We can cast them off all we like, but they will always find a way back in. 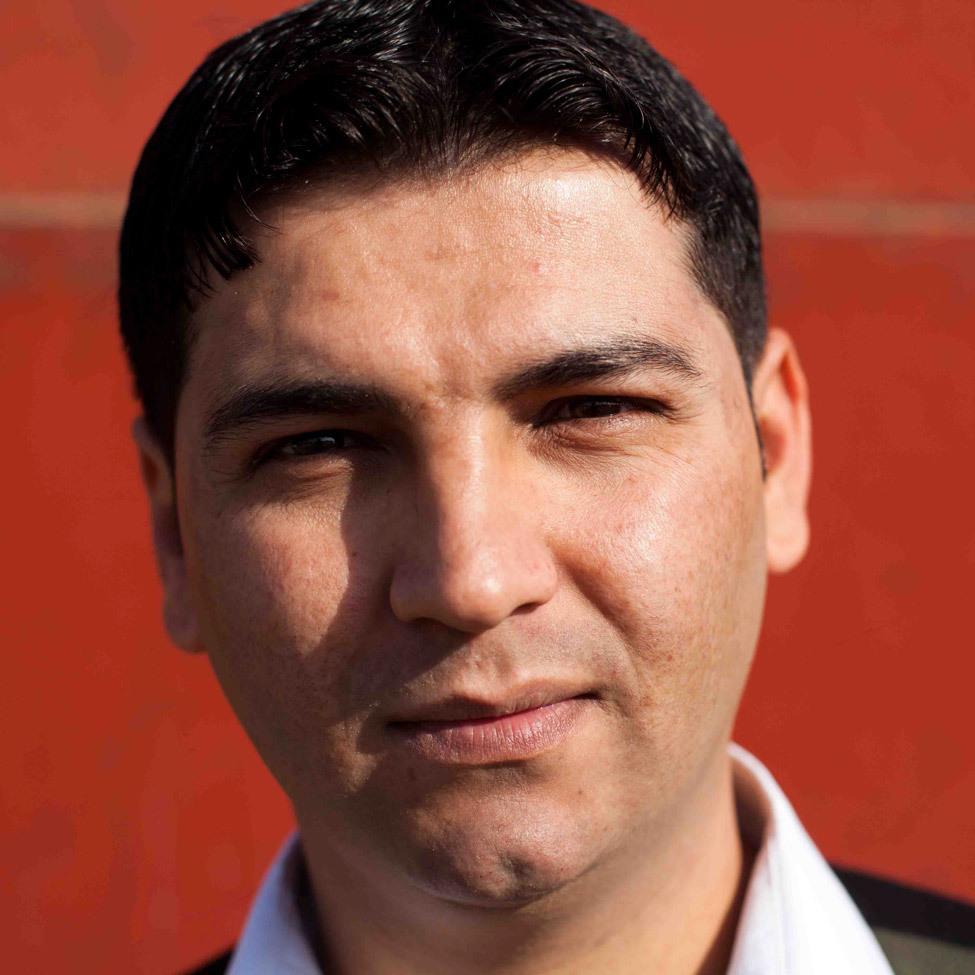 "I saw a father with his two sons. The youngest son was cowering on the ground as the father kicked him repeatedly, treating him like trash. Then the father instructed the older son to hammer nails into the younger son's back, which he did. Watching all of this, I made a sound of disapproval at the man. He turned to me and said, "If you don't like it, you can come and take his place." 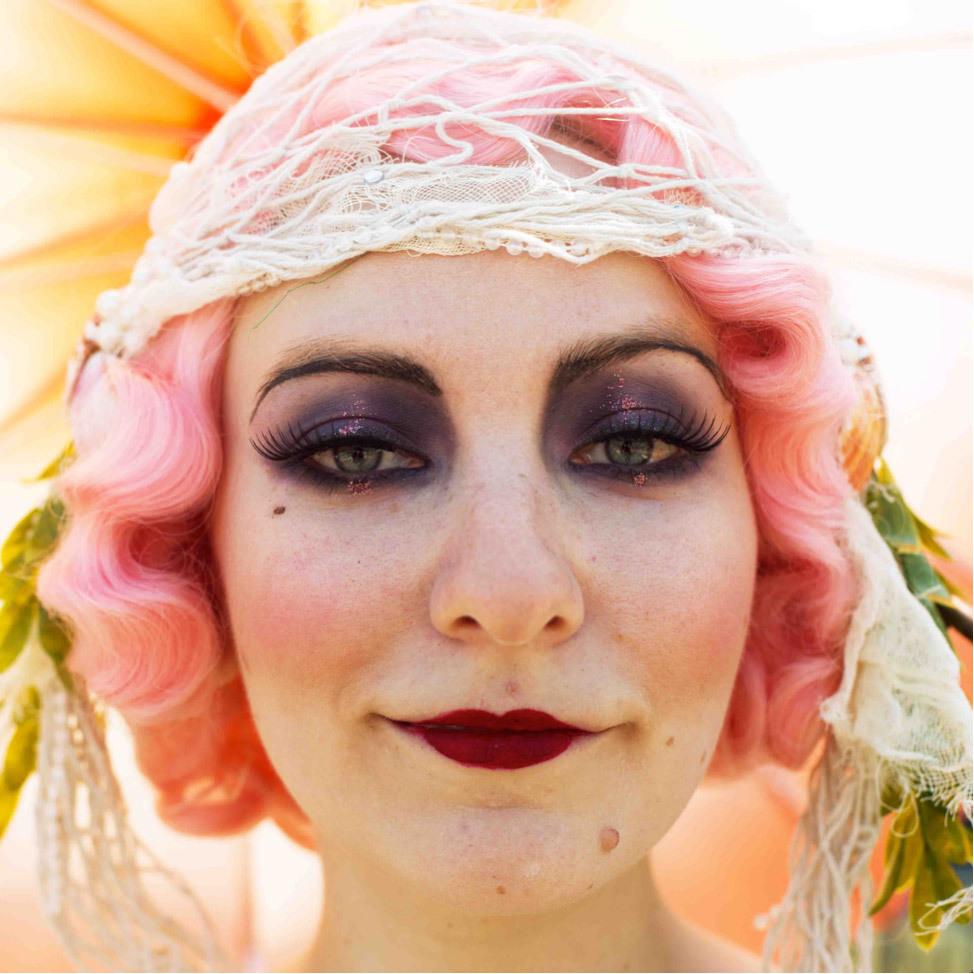 "I was picked on pretty often as a kid. Whenever someone was particularly mean to me, I remember just feeling this intense hatred. If I was particularly angry or upset, I would have dreams of being burned alive in my house. I would just stand there, trapped—looking out the window to safety, as the flames closed in." 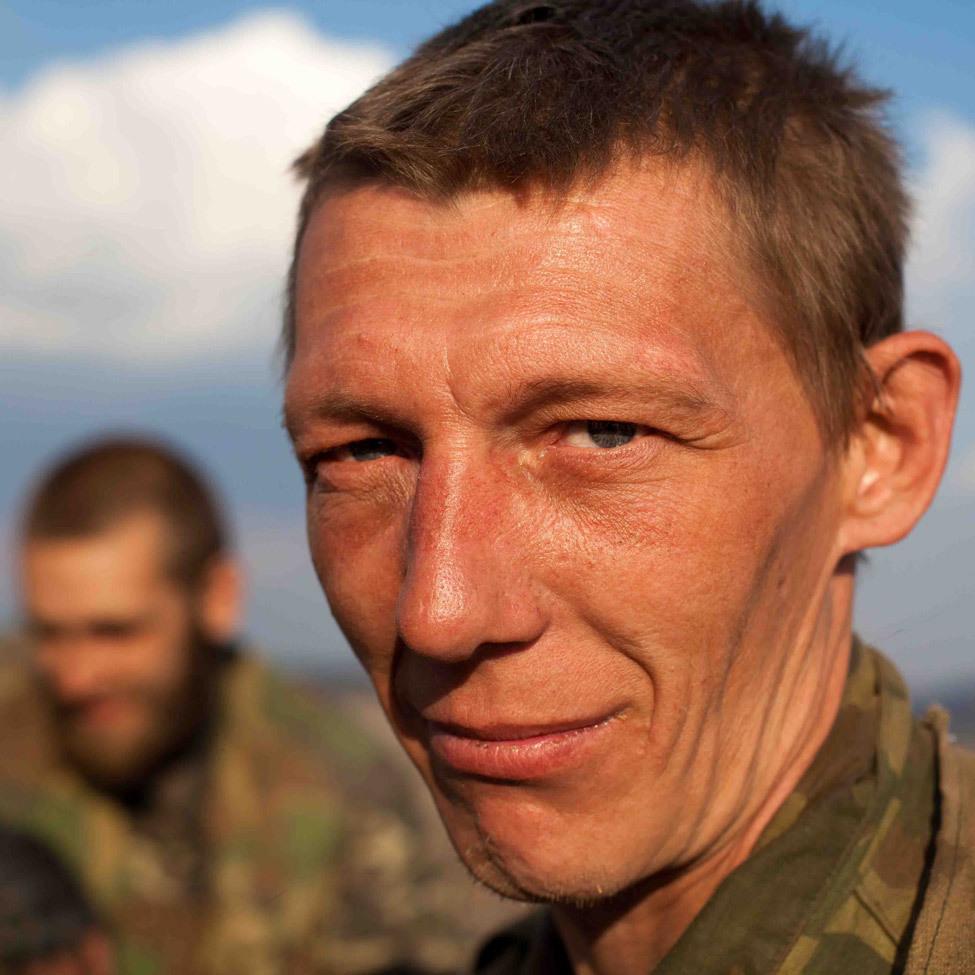 "Sometimes I see the faces of the men I've killed. Killing a person is not like killing an insect." 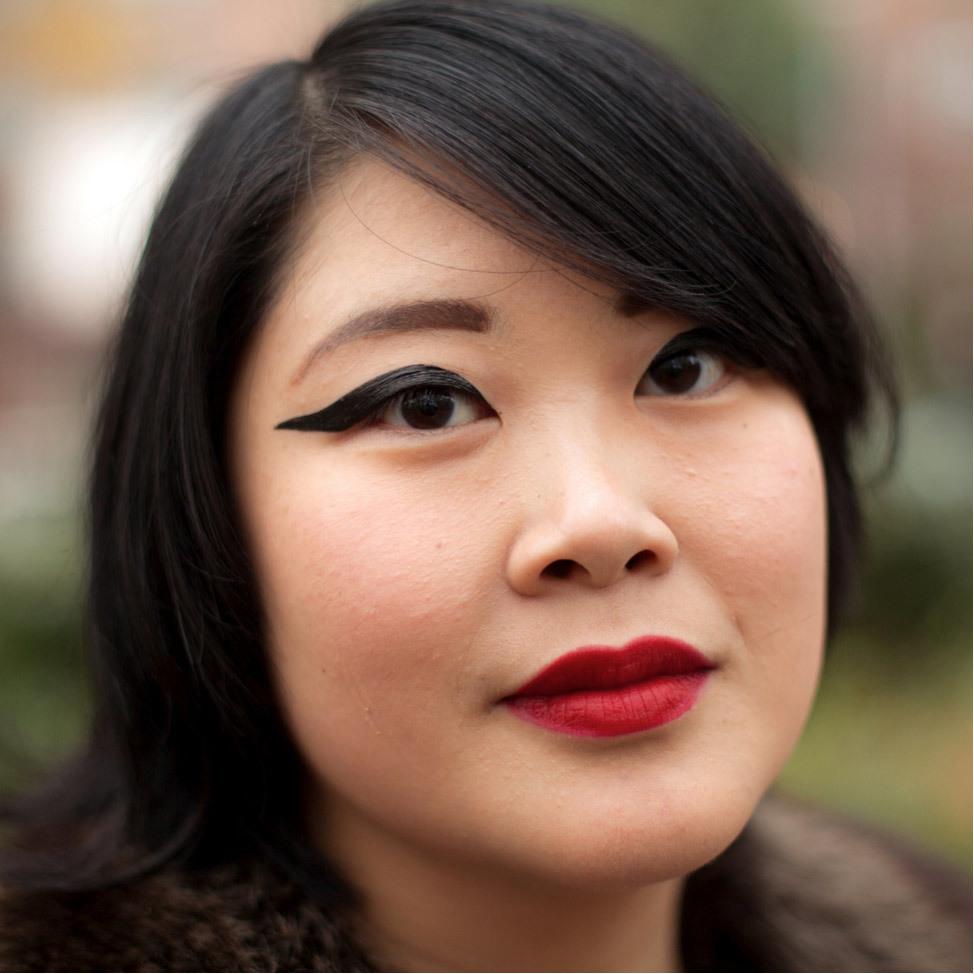 "In the dream, I was washing this severed head. I was very calm and methodical about it. I didn't see the face ever. I could just see the lateral cross-section of the spine, and these bloody chunks, and there was this beautiful blond hair attached. I remember wanting the hair for myself. I think I wanted to wear it, but I had to wash off all the blood and bits first. When I was younger, I wanted different hair very badly. I would cut my hair off and hide it under my bed. I always thought that it would grow back in a different way." 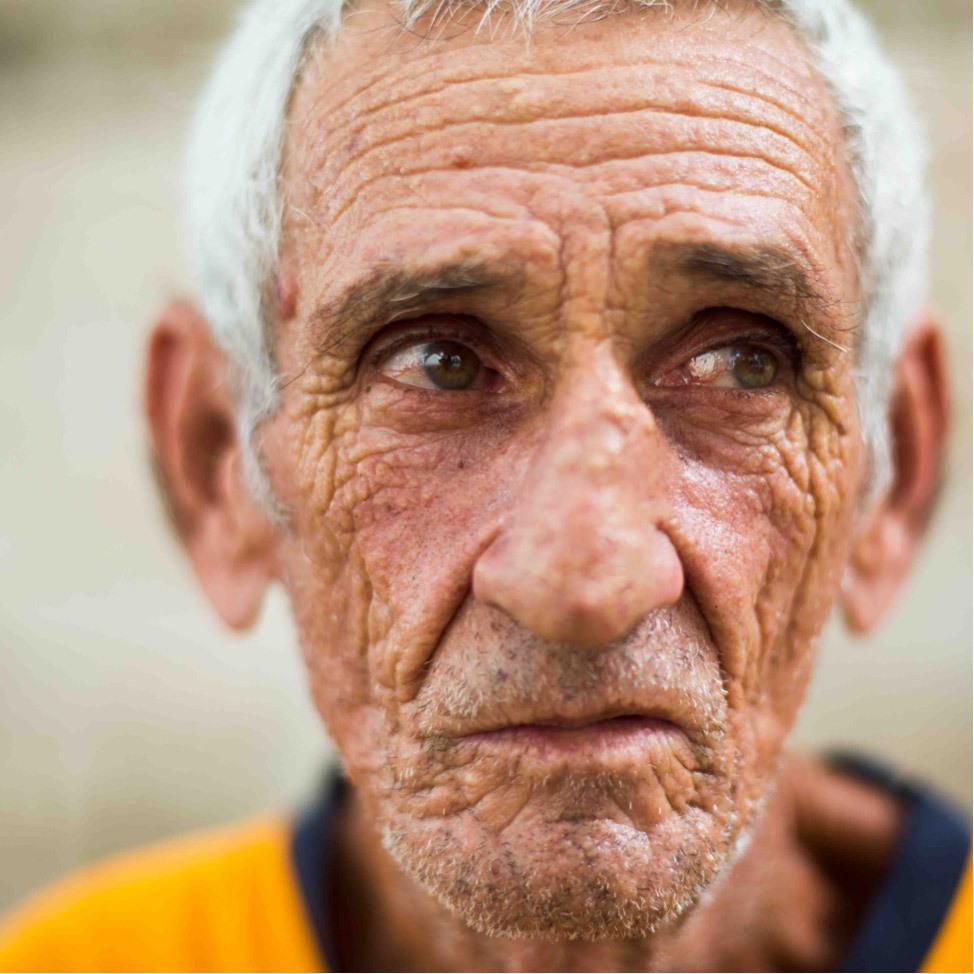 "I saw my brother killed by a car in front of me. Sometimes I dream that I die the same way as him. Maybe it's a premonition. Every night, I fill a glass with water and place it under my bed. It quells the spirits that bring bad dreams." 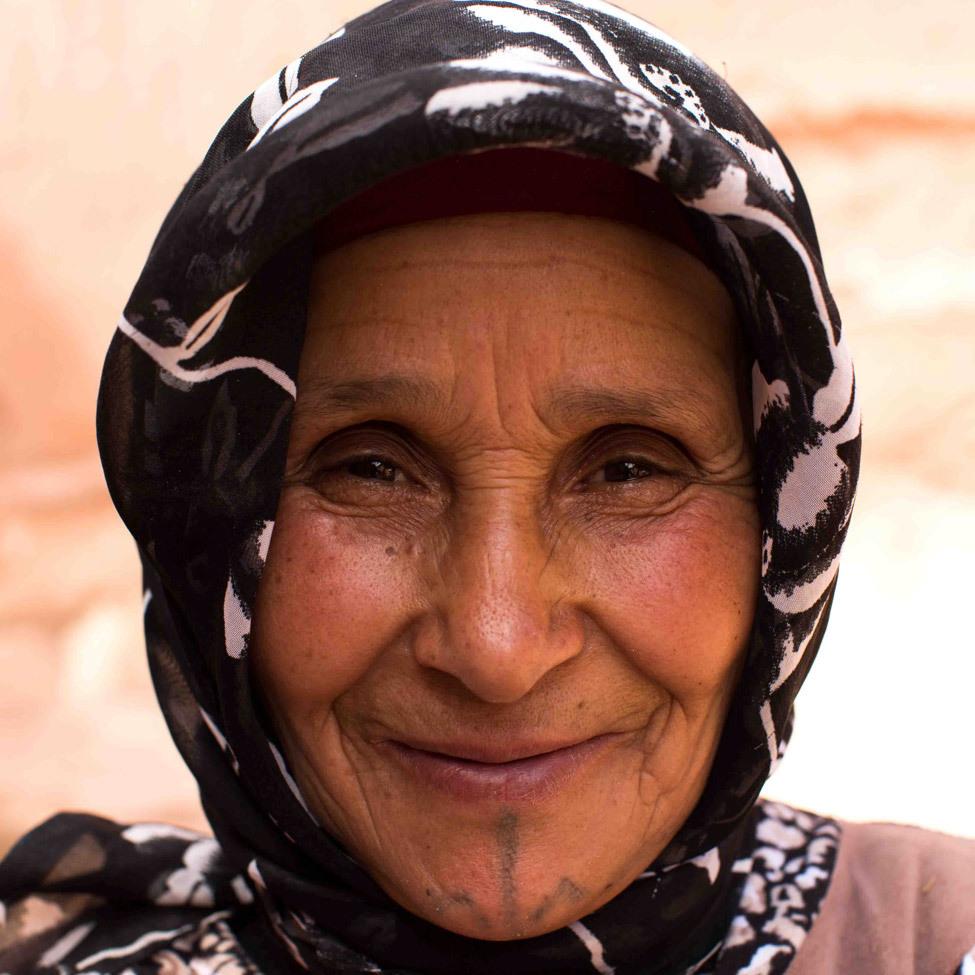 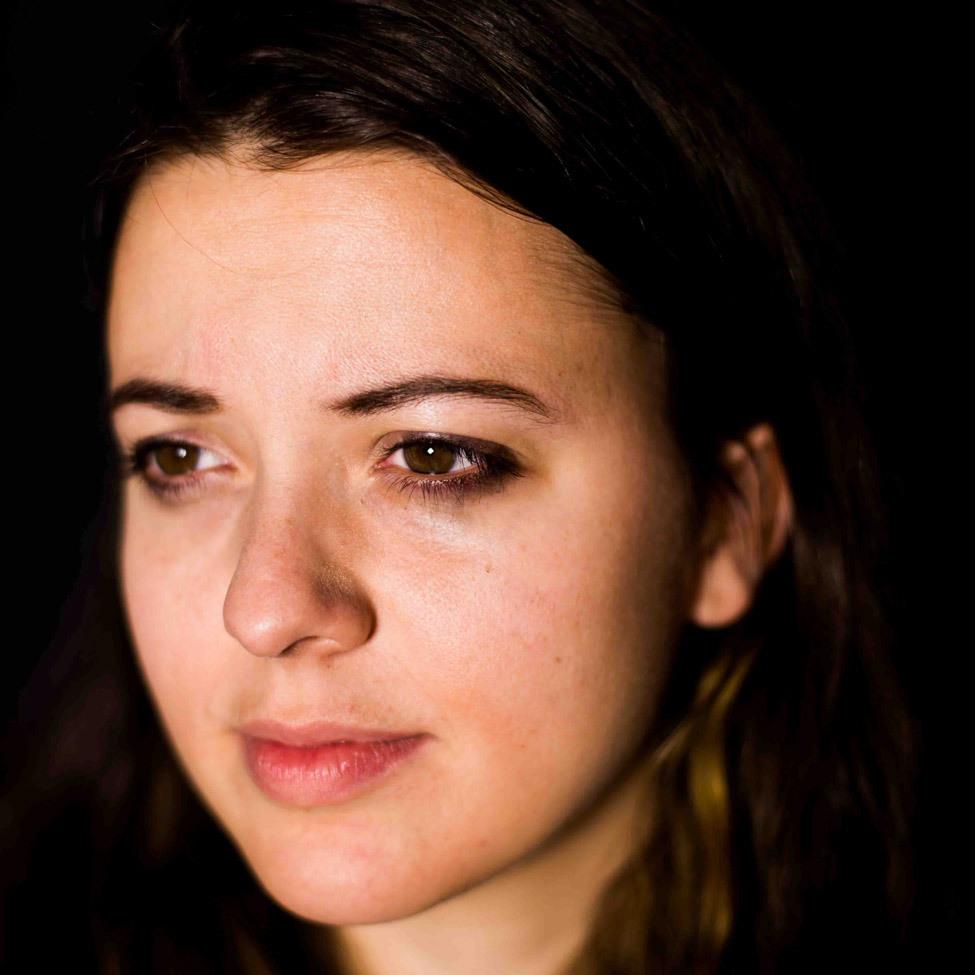 "I'm an observer of my own dead body. I watch my corpse bloat and then rot, as these birds arrive and eat my flesh very efficiently. Then, the insects come. When they're finished, they leave these clean white bones. I pick up these bones in my arms and present them to members of my family, my friends, and my lovers standing nearby. They're not interested. My body is only important to me." 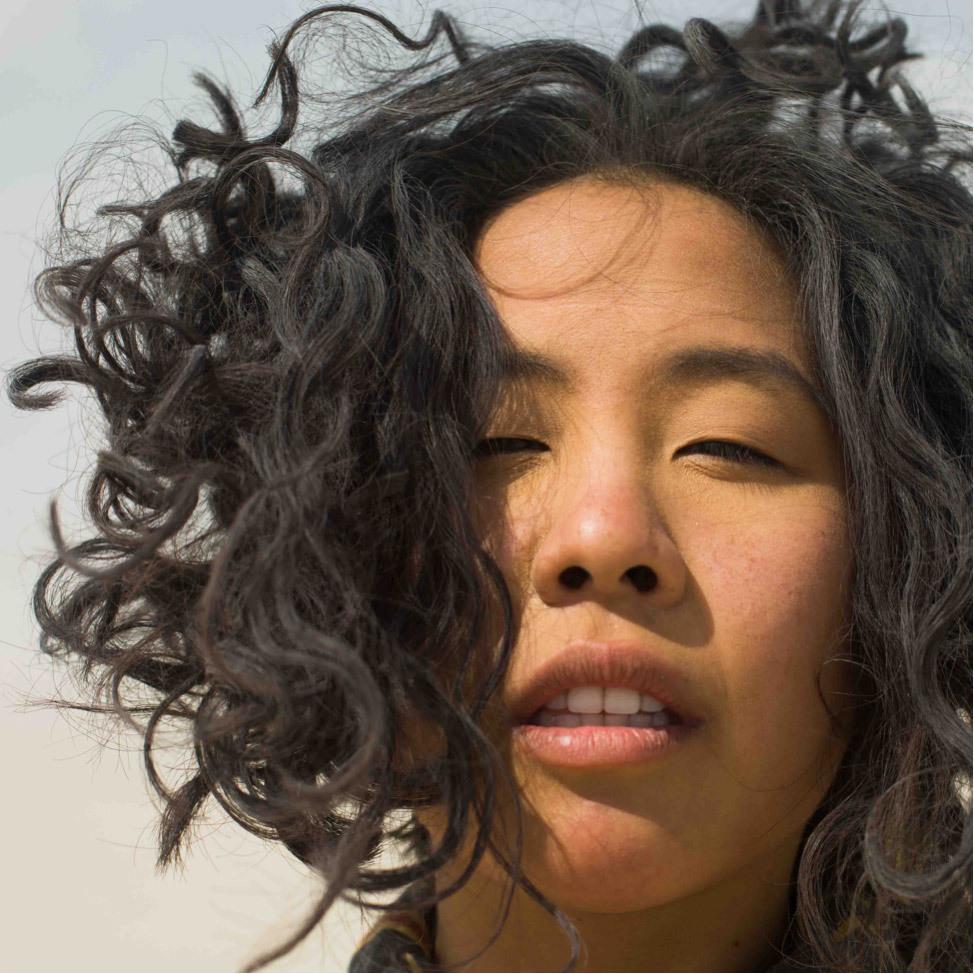 "In the dream, I get impregnated without actual sex happening, and this little baby slithers out of me. It's edamame-sized—translucent and teardrop shaped, without a face. I know it's a demon-baby, and that it's going to grow up to be pure evil. I know it's going to become a monster and cause the end of the world and me along with it, but I want to protect it. I flood my entire house up to my neck, so that my demon-baby can swim around and grow bigger. When I talk about evil, I'm talking about the kind of evil you see in comic books. I don't really believe in evil. I think mostly people are just misunderstood. Even Hitler was just a real misunderstood motherfucker. That dude just wanted to be an artist. I think we can all relate. I'm a dominatrix, so I advertise myself as a bad girl. Do I seem like a bad girl? My job is essentially to hurt men. I hurt them, yet I also nurture them in ways they don't even understand themselves." 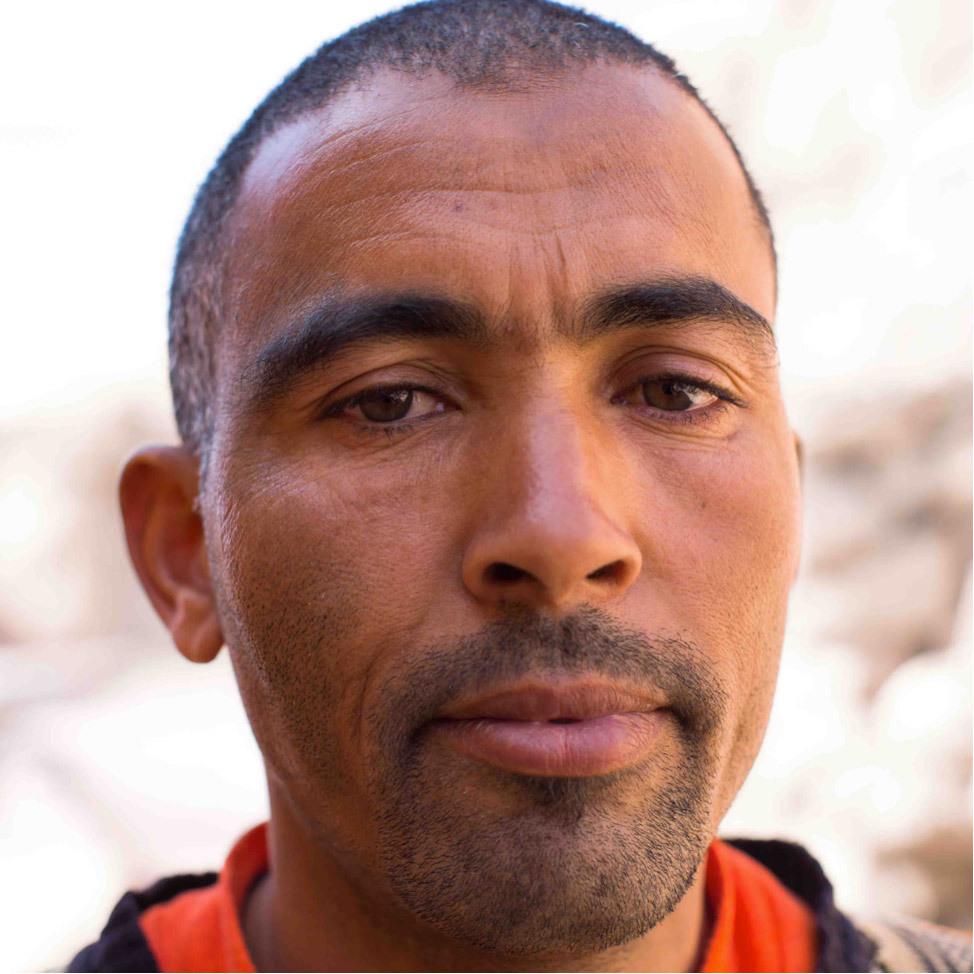 "I lay on my bed in a boundless expanse—motionless as a menacing black cloud with three nodes approached. The cloud brushed my cheek as it passed. The next day, I was in a terrible motorcycle crash, fracturing my arm, ribs, and skull." 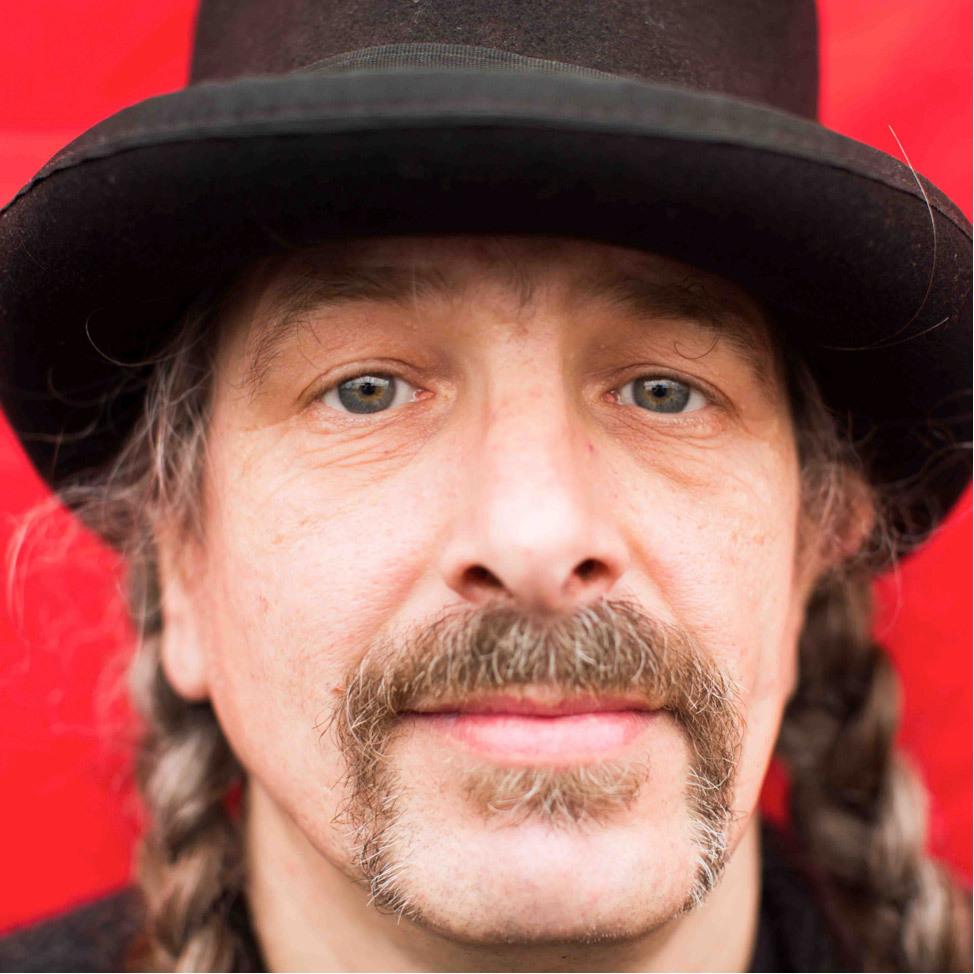 "I dreamed that I was in a forest and everything was burning. I had to keep going on the path, even though the heat was extremely painful. I saw other people leave the path, fall down, and burst into flames. It took all of my strength and will to continue. By the end of it, my hair and skin had burned away. But when I reached the edge of the forest, I received a new skin—one that could make me invisible, and hide me from my enemies." 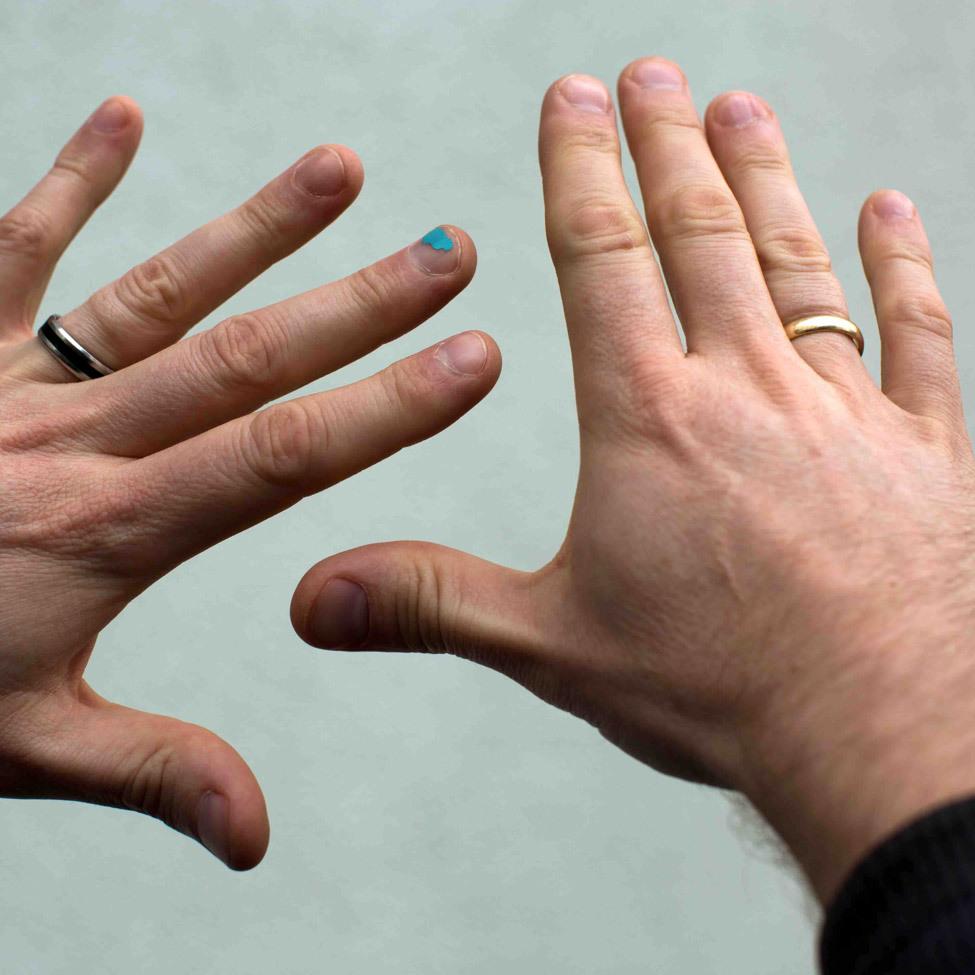 "I was locked in a washroom with a knife in my hand. People came single file, one-by-one, begging for me to slash their throats in an act of mercy. They were smiling. The terror of what was happening was so awful. I knew that I was doing what they wanted me to do, but I kept thinking, 'There must be a better way. There must be a solution, before so many people die at my hands.' I awoke and could feel the sensation of slashing throats for most of the day. There was this fear of myself—this sickening feeling that somehow I desired this thing to be lived out." 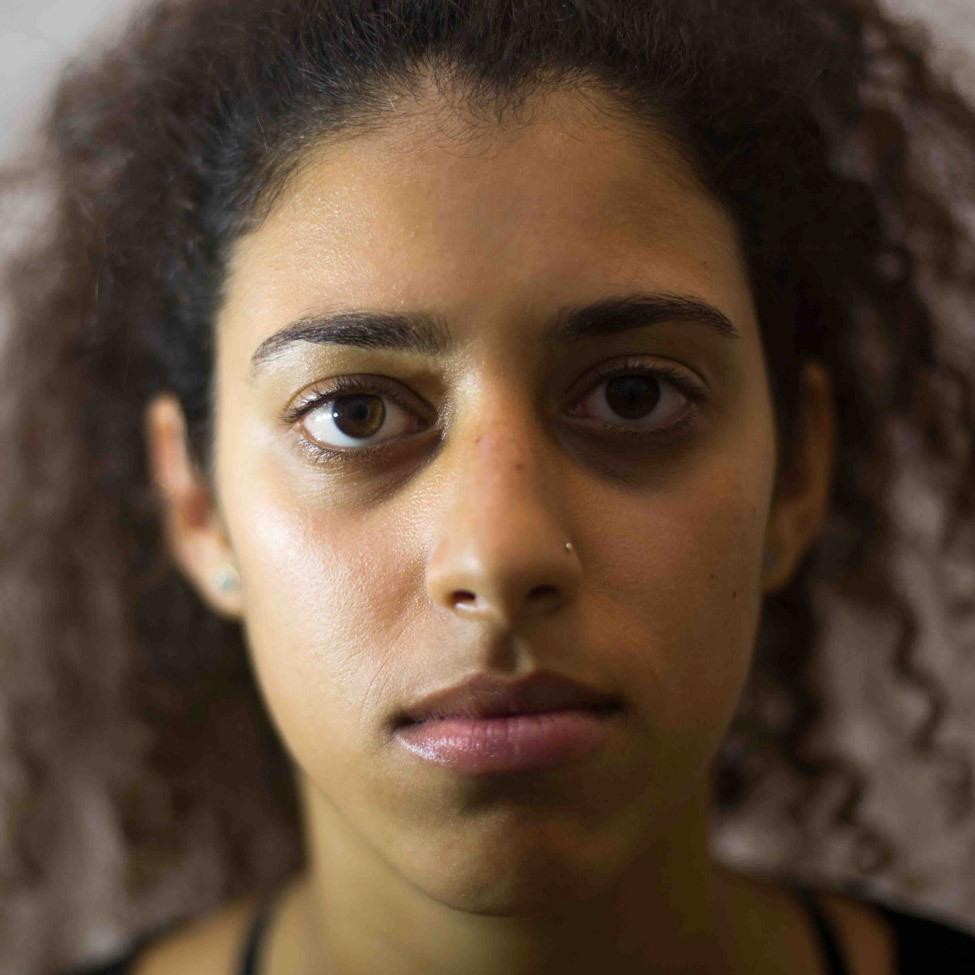 "You hear stories like that all the time—like when terrorists came to the house of the Fogel family in Itamar and killed everybody except one girl. They even killed a baby. In my dreams terrorists came to my house and kill my whole family. There is a funeral, and I am the only one left. I wake up with tears covering my face." 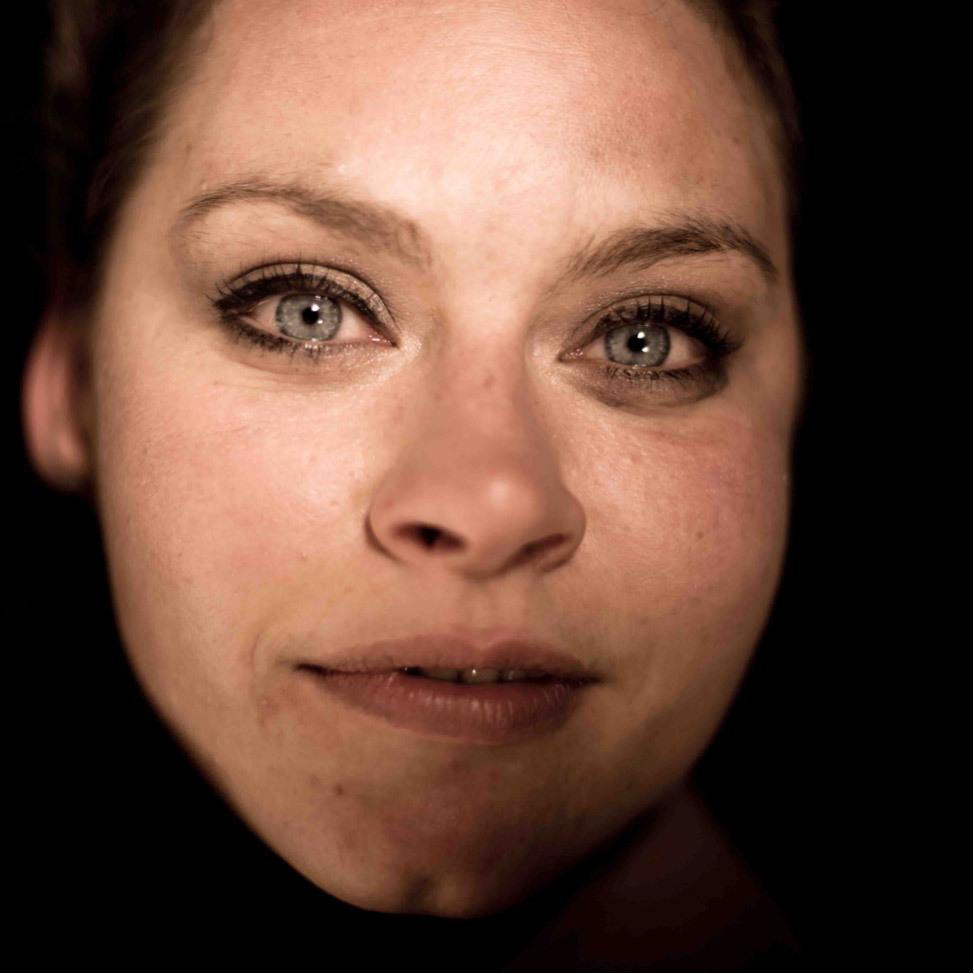 "There was a group of three faces—a man and two women. I tried to block them, but once they established eye contact, I couldn't shake them. I could sense them trying to psychically operate on my brain. They wanted to disable me. I felt a pulsation inside my skull—it was like a tiny helicopter taking off and a shard of egg shell falling away. I begged the helicopter to stay. I was afraid it was one of my souls—and once it left, it would be lost forever." 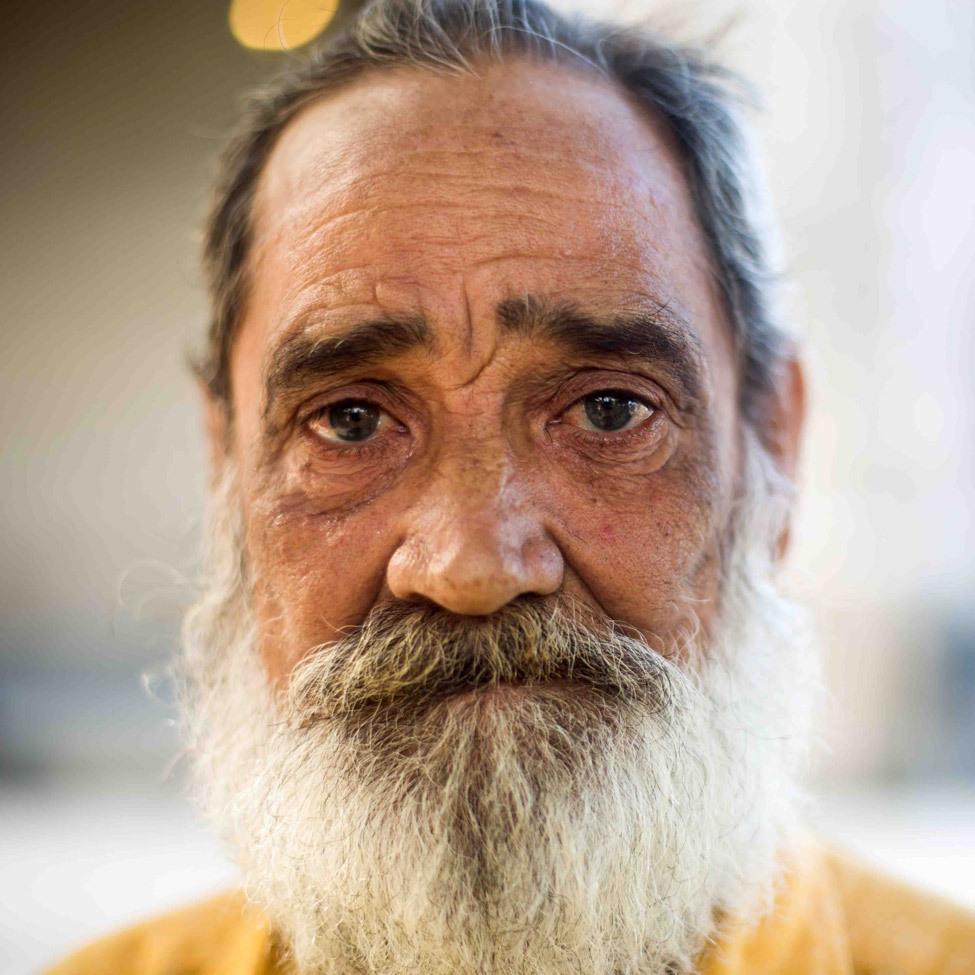 "I was a musician in America once: New York, Chicago, San Francisco. Several years ago they deported me, and now I live in this park. The bench is my living room. Behind the statue is my bedroom. I can sleep well here, unless the children throw rocks at me. Mostly, I dream about my past, my family. My father—rest in peace—was my best friend. I was eighteen when he died. He tried to escape Cuba on a raft in 1968, and he drowned in the sea. I dreamed once that I was with him when the raft began to sink. He tried to save me. We died together." 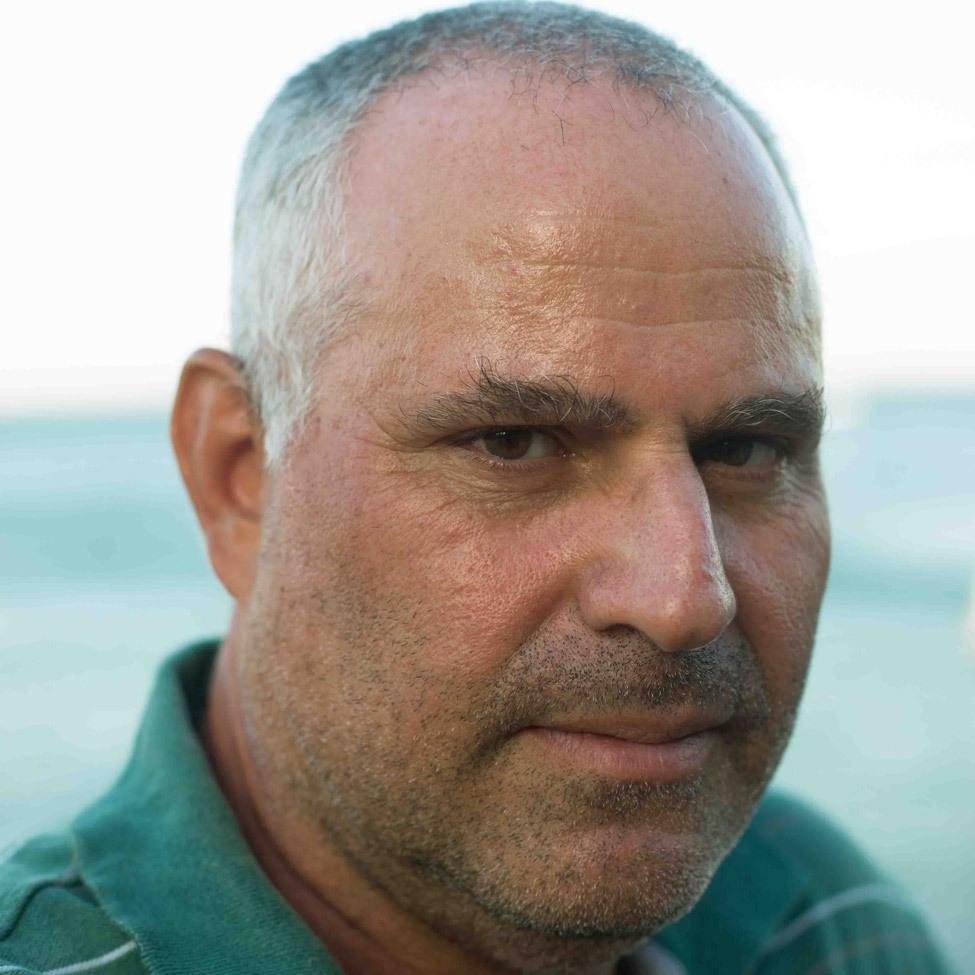 "When I was about four years old, I had a dream about a witch entering our home. She came to take my mother away. My family background is Iraqi Jewish, so witchcraft mixed in with the bible was part of our culture. My mother specifically practiced a lot of folkloric magic when I was young. I remember ancient Hebrew benedictions being written out on thin pieces of paper and having to drink them in a tea. My mother was a witch, but she was a good witch. She did it to protect us." 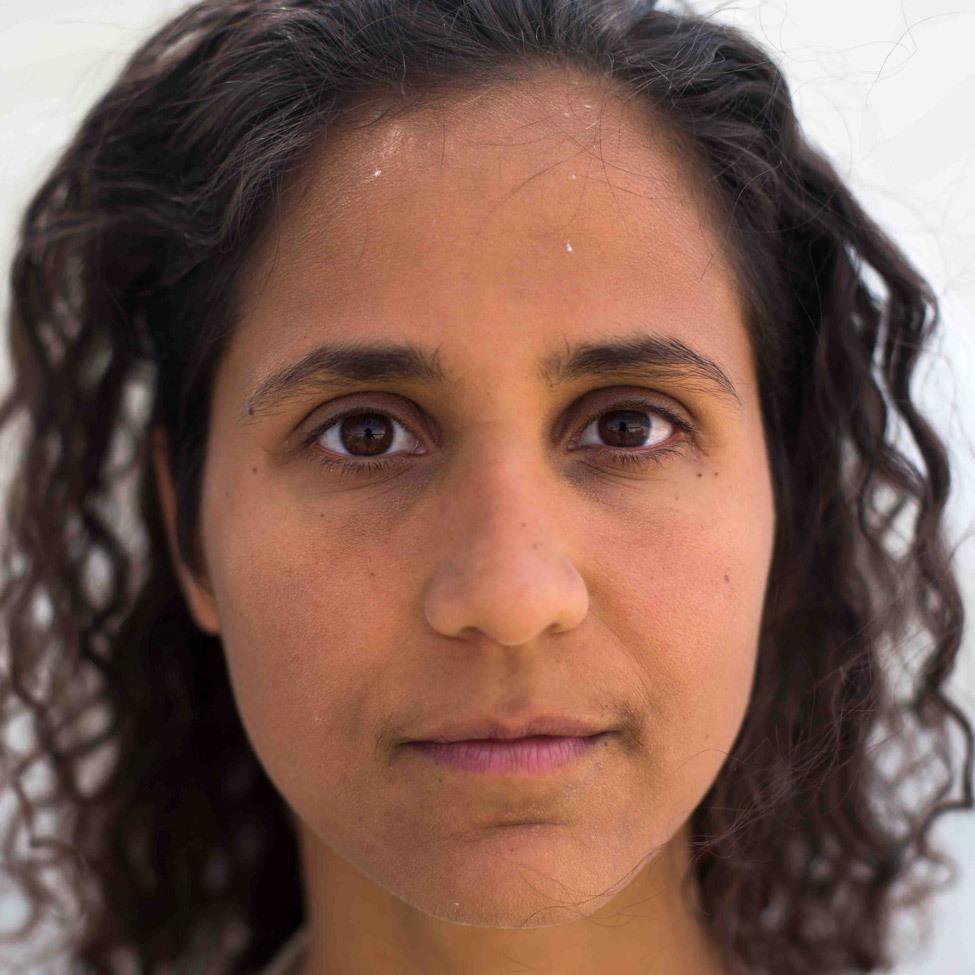 "I had a recurring dream of a tiger. He would come into my home. The first time it happened, I grabbed the tiger's head and broke his neck, because I was afraid. I thought he wanted to kill me. I had that same dream for years, and every time I killed the tiger. One night though, the tiger came again, and I was tired of killing, and in that moment I said, 'Okay, I'm going to let it happen. I'm going to let him eat me.' The tiger stood on his hind legs. He reached out his claws and tore open my chest. He opened my heart. In that moment, his strength became mine—a strength that I had only gained because I let him kill me. The power of the tiger is surrender. Fear had made me weak—but finally, I stopped fighting a force within myself and let it consume me. I never dreamed of the tiger again."