t a time when Uber will chauffeur lobster rolls to your door for just a few bucks and Domino's is testing semi-autonomous pizza drones, a delivery service powered by little more than a white Schwinn hybrid bicycle, an iPhone, a Facebook page, and a dead website may seem less than disruptive, to use the superlative of the moment. But Fikira Bakery, which delivers bread and baked goods, is quite possibly the most radical little delivery service in Philadelphia.

Fikira has no storefront. The bakery's founder, Ailbhe Pascal, takes orders by phone and email, and offers a small subscription breadshare through Greensgrow, an urban farm and nursery. Everything is delivered by bicycle — when a zip-tied milk crate isn't big enough, Pascal hitches up a wheeled trailer to haul the rest — and all prices are negotiable. Pascal is even open to bartering for books, art, and ingredients, so that Fikira remains within reach of people who wouldn't normally be able to afford artisanal baked goods.

On a muggy, 90-degree Wednesday afternoon in early August, I followed Pascal on a four-mile ride to deliver bread and pastries to Deb, a customer who lives with a collective of queer women in South Philadelphia. When we arrived, Deb was in the shower, so we waited in the kitchen with two of Deb's housemates, with whom we made hesitant small talk. But as Pascal unpacked Deb's order — pretzels, muffins, spiced green pies, pesto bread, and the "Deb Special," which consists of 18 bialys for the price of 12 — the housemates perked up. By the time Deb came down to the kitchen, conversation flowed freely. Pascal greeted Deb with a hug and asked about an upcoming doctor's appointment, then chatted for a while. Other than the moment when Deb handed Ailbhe $40, it felt like it could have been a visit between old friends.

Raised in Brooklyn, Pascal, who is 23, moved to Philadelphia in 2012 to manage an urban farm. After years of dreaming of running their own bakery, they opened Fikira in late 2015. (Pascal prefers the gender-neutral pronouns they/them.) Fikira means "idea" in Arabic, and Pascal's cultural background — Algerian, French, Moroccan — influences the way that they approach the bakery in terms of incorporating traditions and reckoning with the legacies of colonialism. Fikira revolves around the concept of "food for thought," which, although a seeming cliche, is earnest. "I'm interested in the transformations that take place in the oven," Pascal told me. "Food is medicine, and when we treat it that way, it's really powerful."

"Most of the people who buy from me are marching 24/7, are organizing, and part of what Fikira does is recognize that you have to eat."

Each season, Pascal creates a menu divided into categories like "meal breads," "sweets," soft loaves," and "crusty loaves," each item clearly labeled as seasonal, gluten-free, dairy-free, vegan, or nut-free. Prices are set according to how much Pascal would pay for the item, ranging from $4 to $8.50, with outliers — mostly cakes — priced between $20 and $30. Year-round staples include bialys, PB & J swirl bread, Irish soda bread, and peanut butter cookies, while seasonal items range from buckwheat berry muffins and egg burger buns in the summer to things like daikon dumplings and golden squash muffins in the fall. But the menu is really just a set of suggestions — Pascal largely fulfills specific requests after talking with customers about what kind of food they enjoy, their dietary restrictions, and who else they might feed at home. "Fresh bread is ancestrally important and is one of the most fundamental human foods," Pascal said. "It has thousands of variations and ways to eat it, but there's something primal about it, something super comforting."

While Fikira's model has antecedents in communal food justice programs and traditional delivery services for staples like milk, it was most directly inspired by a side-alley kitchen in Istanbul where Pascal worked in the summer of 2011. The passion project of a retired woman named Ferda, it originally catered to Kurdish laborers, who would approach a dumbwaiter, take out a pen, and write down the food they wanted on a pad of paper; the kitchen staff would meet the request as best they could. Profit was beside the point, which was providing a safe space and nourishment for one of Turkey's more vulnerable populations. It was "one of first places I was surrounded by women making a living doing that work and doing it with so much justice in mind, and it was very formative," Pascal told me. 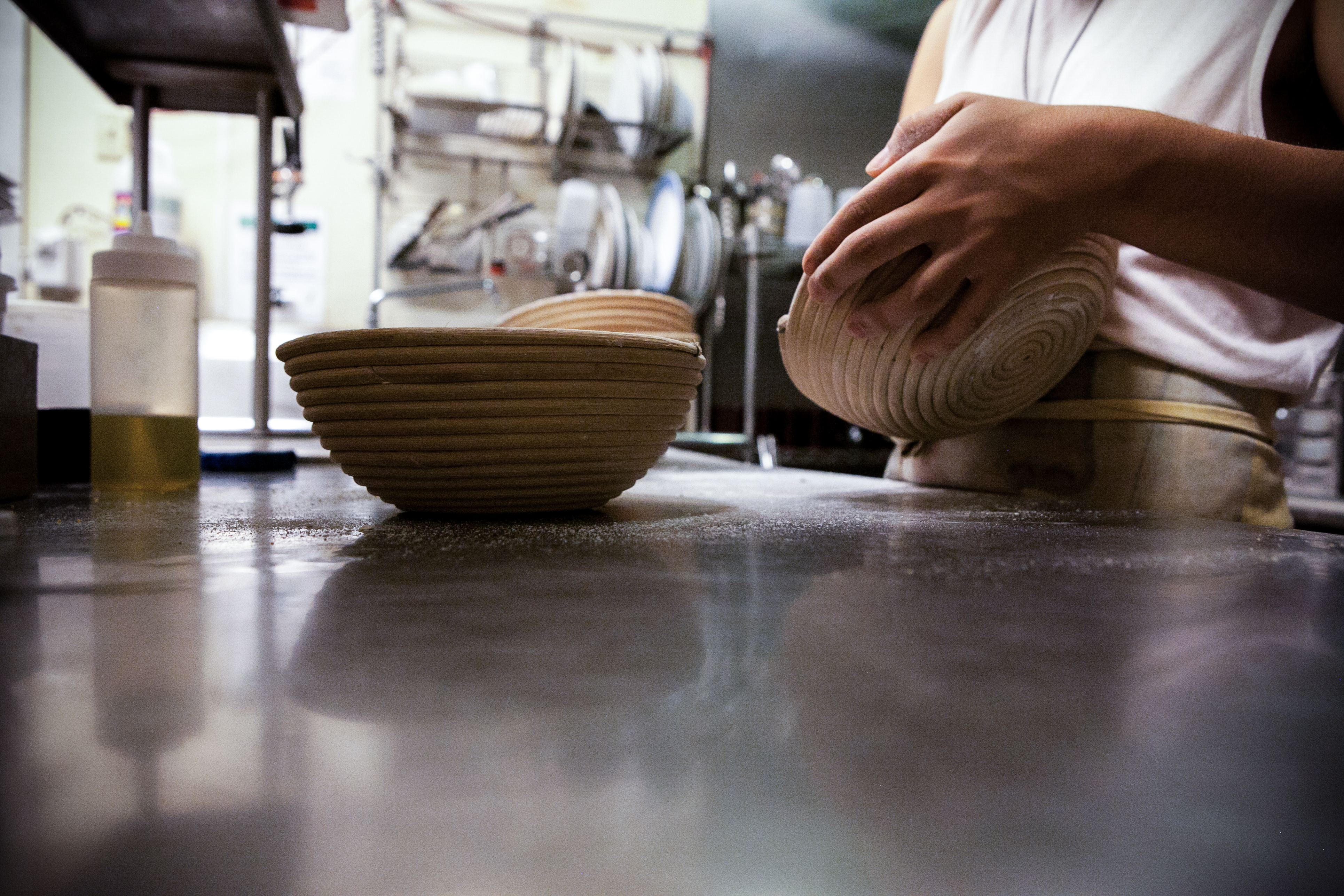 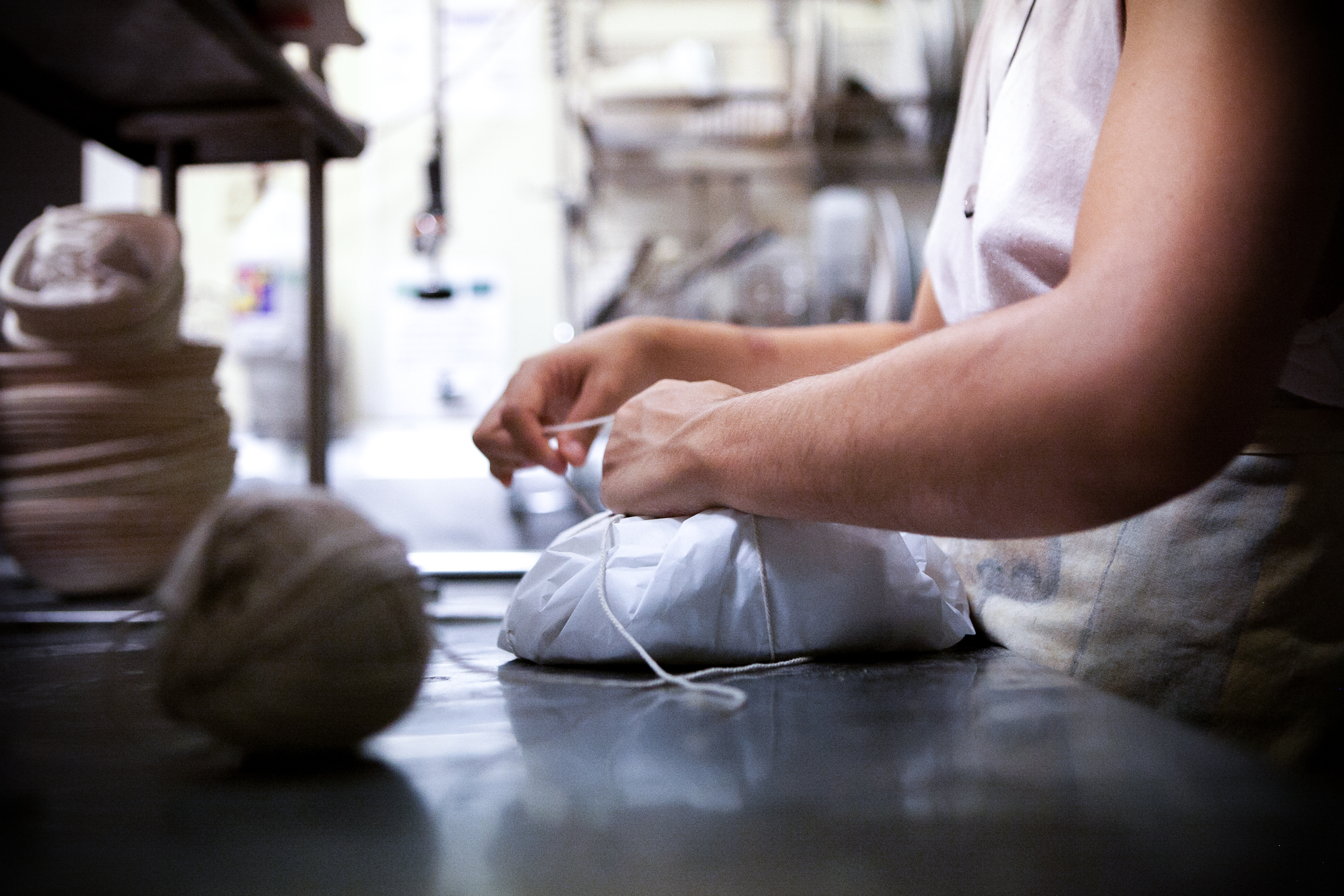 Pascal includes handwritten notes with their weekly bakery share at Greensgrow. The letters, which which have developed a cult following among subscribers, range from personal histories to praise for Maplehofe Dairy, a farm in nearby Lancaster County that supplies Pascal's cream. During a recent week that saw a string of shootings in Philly, lavender cookies came with a missive about lavender's calming aromatherapy properties as a small means of self-care; after a series of bombings in Istanbul, Pascal baked their favorite bread — pide, a Turkish milk loaf with sesame seeds and nigella on top — and wrote about the side-alley kitchen they worked in. "I'm thinking intersectionally and seeing all of these struggles happening in Philly and being very connected in them personally," Pascal said. "Most of the people who buy from me are marching 24/7, are organizing, are sending emails from work, and are doing all the press relaying — there's an intensity that comes with these events and part of what Fikira does is recognize that you have to eat."

In addition to hosting free community dinners with the launch of new menus, Pascal often caters events and meetings for activists and organizers, with an eye toward staying within a "pizza budget," or roughly two dollars per head, while providing something more wholesome than pizza — perhaps roasted vegetables or tagine, plus a bread and dessert. Karim Sariahmed, a med student at Temple University and an organizer with the activist group Put People First, has used Fikira for catering because, he explained, quality food shows people that they are valued. "Marginalized folks who are left out of political and economic systems that control wealth aren't used to being catered to and served well and treated with that consideration that rich folks demand, expect, and feel entitled to," he said. "When we have the opportunity to give people the experience of being treated as inherently deserving and create that expectation, I think that helps people feel more connected to transformative community work."

Fikira has around ten customers, including Deb, who order at least once a month and pay list prices, which makes it possible for Pascal to maintain a sliding scale for payment. Pascal sets prices higher for, say, graduation gift baskets ($70) and their Greensgrow subscription ($200 for 24 pickups), not only to offset the cost of giving away treats for hospital patients or supplying bread to lower-income families, but to remain broadly accessible in the way that so many of the artisanal bakeries that have emerged in recent years have not. Kathy Vissar, the owner of an arts business that she runs from her home in Northern Liberties, regularly orders takeout from bike delivery services like Caviar, but thinks of Fikira as a totally different venture. "For Caviar, I expect it to be delivered right away because I'm starving," she said. But Vissar will wait days for bread from Fikira; she also doesn't rule out picking up her orders herself. "In heat waves and snow storms, I won't let Ailbhe ride their bike," she said. "That's ridiculous."

Pascal's food costs are considerable, since Fikira's goods generally follow the expected orthodoxies of a high-end bakery, and contain strictly organic dairy and wheat, with local ingredients purchased weekly from trusted vendors at the farmers market whenever possible. (Accordingly, citrus is used sparingly, and often only as a tincture.) Their other costs, like equipment and labor, are minimized by stark tradeoffs. They run Fikira out of the kitchen of W/N W/N (pronounced "win win"), a cooperatively owned coffee bar located in the Callowhill neighborhood, where they also work as a kitchen manager, eliminating the cost of renting a commercial kitchen space. Pascal currently runs Fikira as a largely solo venture, effectively donating their labor because they believe in paying workers at least $15 per hour, which is impossible at the bakery's current size and scale; when housemates or friends help out with baking or delivery runs, Pascal pays in food nearly as often as cash. Somehow, they say, the economics "miraculously" work out month after month.

If everything goes according to plan, success for Fikira will not necessarily be characterized by an increase in size or revenue, but in community outreach. Pascal wants Fikira to become part of an official producer-cooperative, operating with other like-minded food businesses to order ingredients together and promote one another. In addition to hosting more bread workshops and free community dinners, they have a far more ambitious goal of opening a community kitchen within the next four years, along with a city-wide program to stock nutritious, affordable snacks in corner stores. But Pascal also doesn't want to ever stop personally delivering food by bike. "I should be able to do what I do by bike, and if I can't, it's not a good fit for me," Pascal explained. "I walk to someone's house and there's always someone there who says, 'This is my baker!' and introduces me to the whole block."

Some customers have a better idea of Fikira's goals and politics than others — Kathy Vissar, the arts business owner said, "I don't know if it's political or anarchist or what. I'm in it for the bread" — but in the end, Pascal told me, "You don't need to be sat down and explained radical community ethics when you're hiring me to make you bread. You will understand from your interactions with me that I am a different kind of person and baker."