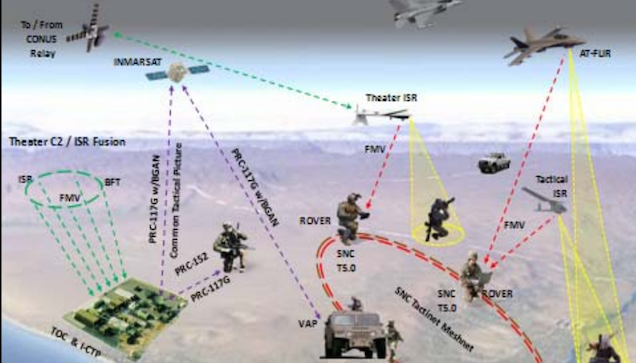 If you want to build something for the U.S. military, you're probably going to have to make a diagram or a chart to demonstrate how it'll work. Might as well bust out Illustrator and paste together the weirdest diagram possible.

In an excellent feature over at Medium, writer Paul Ford has confessed to his minor obsession with tracking down and parsing military PDFs on the Internet. He'll go and google something like "Battlespace Awareness" and check out the images he finds, usually without full understanding of the context of the concept being diagrammed.

He's shared some of the weirdest and most interesting diagrams in the article, including this one:

…which demonstrates a "notional vignette" about a conflict in a Middle East-type area harassed by an aggressor named "Sharkia," and this one: 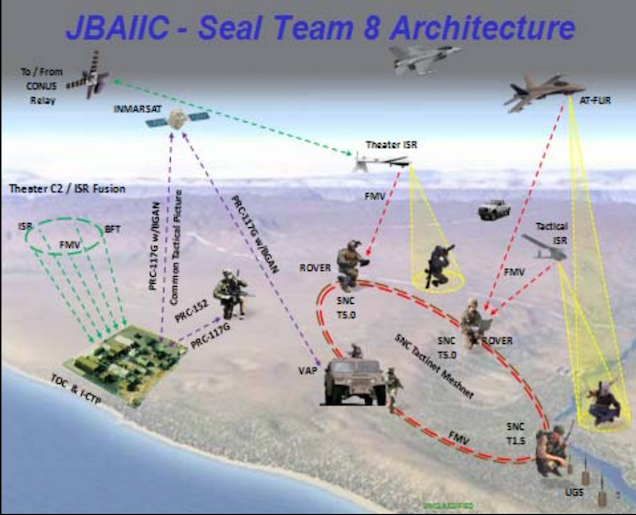 …which is an example of how many of these charts "include icons of satellites and jet fighters, because they can."

I really liked this one:

…and this one, from a "comprehensive framework and conceptual model enabling the development of architectures."

…which as Ford points out, if you really read it could be used anywhere, in any paper or presentation, and still make some sort of sense.

The full article is worth a read, and the related google searches are worth taking the time to do. Not just because the diagrams you'll find are funny on their own, but because, as Ford points out, when it comes down to it, "no matter how abstract they are, these pictures describe systems that the U.S. military uses to make optimal, efficient decisions about killing other humans."