In an excerpt from his new book, Richard Florida warns of "the central crisis of our times"—the growing cleavage between superstar cities and those left behind.

Cities, it seems, are imprinted in my DNA. I was born in Newark, New Jersey, in 1957, back when it was a thriving city, bustling with iconic department stores, morning and evening newspapers, libraries and museums, a busy downtown, and a large middle class. My parents, like millions of other Americans, moved to the suburbs when I was a toddler. They chose the small town of North Arlington, about a fifteen-minute drive from Newark. They did so, as they often reminded me, because of the good schools the town offered, particularly the Catholic school, Queen of Peace, which they believed would prepare my brother and me for college, putting us on a path to a better life. Even though we had moved out of Newark, we still visited the old neighborhood on most Sundays, joining my grandmother and the rest of the family who still lived there for large Italian suppers.

Then, one hot July day in 1967, when I was nine years old, I saw the city overtaken by turmoil. As my father drove us into the city, the air grew thick with smoke: Newark was engulfed in its infamous riots, and police, National Guardsmen, and military vehicles lined its streets. Eventually, a policeman flagged us down to warn us about "snipers." As my father anxiously turned the car around, he instructed me to lie down on the floor for safety. 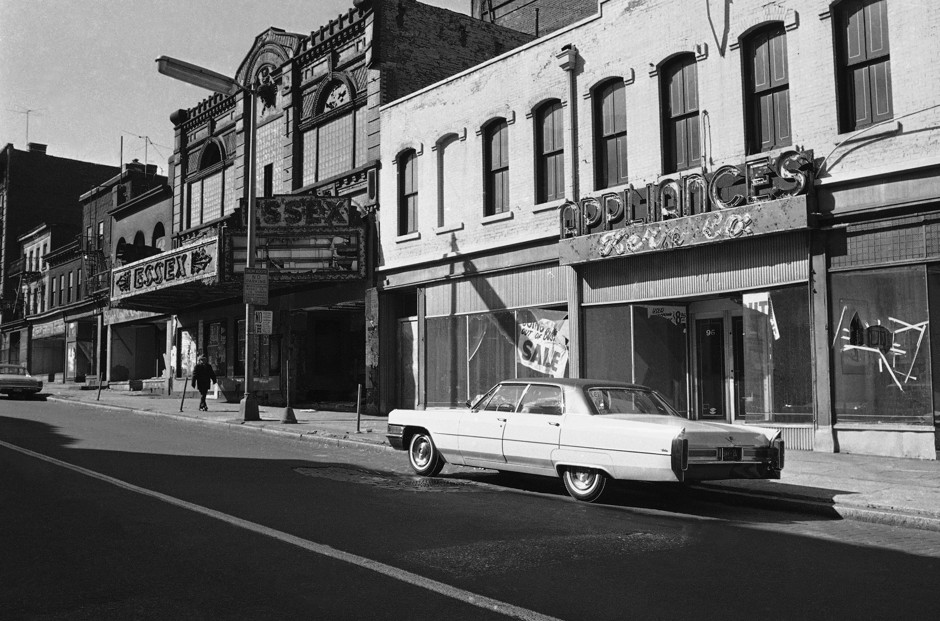 I didn't realize it at the time, but I was witnessing the unfolding of what would come to be called "the urban crisis." Middle-class people and jobs were fleeing cities like Newark for the suburbs, leaving their economies hollowed out. By the time I entered high school in the early 1970s, huge stretches of Newark had fallen victim to economic decay, rising crime and violence, and racially concentrated poverty. The year I graduated, 1975, New York City teetered on the brink of bankruptcy. Not long after, my father's factory closed its doors forever, putting him and hundreds of others out of work. Hope, prosperity, and the American Dream had moved to the suburbs.

When I went off to Rutgers College that fall, I found myself drawn to courses about cities and the urban issues of race, poverty, urban decay, and industrial decline. When I was a sophomore, my urban geography professor, Robert Lake, gave us an assignment to tour Lower Manhattan and chronicle what we saw. I was transfixed by the incredible urban change that was under way in SoHo, the East Village, and surrounding areas, captivated by the energy of the streets and of the artists, musicians, designers, and writers who lived and worked there. Old industrial warehouses and factories were being transformed into studios and living spaces. Punk, new wave, and rap were electrifying the area's music venues and clubs—the first tender shoots of what would later become a full- blown urban revival.

But it was in Pittsburgh, where I taught for almost twenty years at Carnegie Mellon University (CMU), that I began to sort out the main factors acting on America's cities. Pittsburgh had been devastated by deindustrialization, losing hundreds of thousands of people and considerable numbers of high-paying factory jobs. Following the established economic development wisdom, Pittsburgh's leaders had attempted to lure companies by offering them tax breaks and similar incentives; they'd poured money into subsidized industrial and office parks; they'd built a state-of-the-art convention center and two gleaming stadiums. 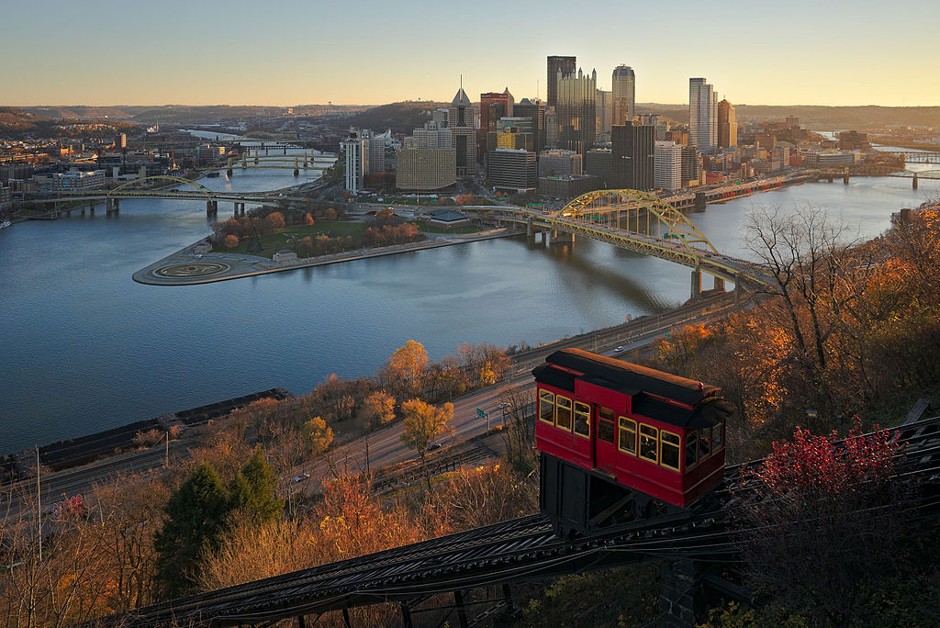 Thanks to its world-class universities, medical centers, and corporate research and development units, as well as its major philanthropies, the city was able to stave off the worst. Its leaders were working hard to change its trajectory. Yet, for all its leading-edge research and innovation potential, the talent at Pittsburgh's universities was not staying in the region; my computer science and engineering colleagues and my own students were leaving in droves for high-tech hubs like Silicon Valley, Seattle, and Austin. When the Internet pioneer Lycos, which had its roots at CMU, abruptly announced that it was moving from Pittsburgh to Boston, a light bulb seemed to go off in my head.

The key to urban success, I argued in my 2002 book, The Rise of the Creative Class, was to attract and retain talent, not just to draw in companies. The knowledge workers, techies, and artists and other cultural creatives who made up the creative class were locating in places that had lots of high-paying jobs—or a thick labor market. They also had what I called a thick mating market—other people to meet and date—and a vibrant quality of place, with great restaurants and cafés, a music scene, and an abundance of things to do.

I found myself confronting the dark side of the urban revival I had once championed.

In time, my work generated a considerable following among mayors, arts and cultural leaders, urbanists, and even some enlightened real estate developers who were looking for a better way to spur urban development in their communities. But my message also generated a backlash on both sides of the ideological spectrum. Some conservatives questioned the connection I drew between diversity and urban economic growth, countering that it was companies and jobs, not the creative class, that moved the economy forward. Others, mainly on the left, blamed the creative class and me personally for everything from rising rents and gentrification to the growing gap between the rich and the poor. Although some of the more personal attacks stung, this criticism provoked my thinking in ways I could never have anticipated, causing me to reframe my ideas about cities and the forces that act on them.

Slowly but surely, my understanding of cities started to evolve. I realized I had been overly optimistic to believe that cities and the creative class could, by themselves, bring forth a better and more inclusive kind of urbanism. Even before the economic crisis of 2008, the gap between rich and poor was surging in the cities that were experiencing the greatest revivals. As techies, professionals, and the rich flowed back into urban cores, the less advantaged members of the working and service classes, as well as some artists and musicians, were being priced out. In New York's SoHo, the artistic and creative ferment I had observed as a student was giving way to a new kind of homogeneity of wealthy people, high-end restaurants, and luxury shops. 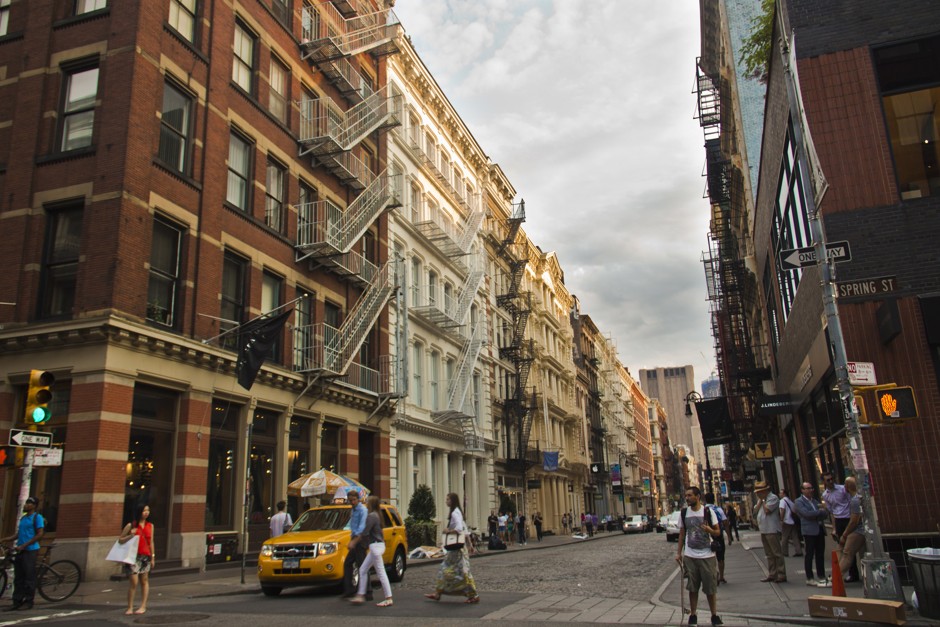 I entered into a period of rethinking and introspection, of personal and intellectual transformation. I began to see the back-to-the-city movement as something that conferred a disproportionate share of its benefits on a small group of places and people. I found myself confronting the dark side of the urban revival I had once championed and celebrated.

As I pored over the data, I could see that only a limited number of cities and metro areas, maybe a couple of dozen, were really making it in the knowledge economy; many more were failing to keep pace or falling further behind. Tens of millions of Americans remain locked in persistent poverty. And virtually all our cities suffer from growing economic divides. As the middle class and its neighborhoods fade, our geography is splintering into small areas of affluence and concentrated advantage, and much larger areas of poverty and concentrated disadvantage.

It became increasingly clear to me that the same clustering of talent and economic assets generates a lopsided, unequal urbanism in which a relative handful of superstar cities, and a few elite neighborhoods within them, benefit while many other places stagnate or fall behind. Ultimately, the very same force that drives the growth of our cities and economy broadly also generates the divides that separate us and the contradictions that hold us back.

If a city as progressive, diverse, and prosperous as Toronto could fall prey a populist backlash, then it could happen anywhere.

My perspective on cities and urbanism was also deeply affected by what I saw happening in my adopted hometown of Toronto. I had moved there in 2007 to head up a new institute on urban prosperity at the University of Toronto. For me, the city was a bastion of the very best of progressive urbanism. Toronto had as diverse a population as can be found anywhere in North America; a thriving economy that was barely dented by the economic crisis of 2008; safe streets, great public schools, and a cohesive social fabric. Yet, somehow, this progressive, diverse city chose Rob Ford as its mayor.

While his personal foibles and dysfunctions may have endeared him to his Ford Nation of supporters, he was, to me, perhaps the most anti-urban mayor ever to preside over a major city. Once elected, Ford went about tearing down just about everything that urbanists believe make for great cities. He ripped out bike lanes, and developed plans to turn a prime stretch of the city's downtown lakefront into a garish mall, complete with a giant Ferris wheel. 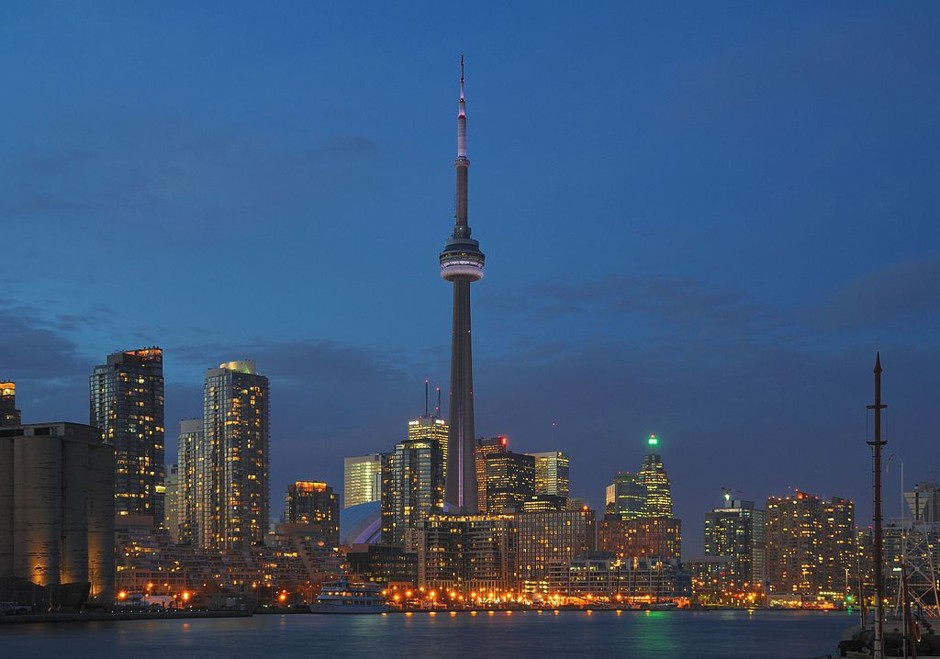 The Toronto lakefront in 2009: fine the way it was. (Wladyslaw/flickr)

Ford's rise was the product of the city's burgeoning class divide. As Toronto's once sizable middle class declined and its old middle-class neighborhoods faded, the city was splitting into a small set of affluent, educated areas packed in and around the urban core and along the major subway and transit lines and a much larger expanse of disadvantaged neighborhoods located far from the city center and transit. Ford's message resonated powerfully with his constituency of working people and new immigrants, who felt that the benefits of the city's revitalization were being captured by a downtown elite and passing them by.

I came to see this mounting class divide as a ticking time bomb. If a city as progressive, diverse, and prosperous as Toronto could fall prey to such a populist backlash, then it could happen anywhere.

At the time, I said Ford was just the first signal of this brewing backlash: more and worse would follow. It did. In short order came England's stunning and wholly unexpected decision to leave the European Union with the Brexit. Vehemently opposed by affluent, cosmopolitan London, it was backed by the struggling residents of working-class cities, suburbs, and rural areas who were being left behind by the twin forces of globalization and re-urbanization.

But what came next was even more unanticipated—and even more frightening: the election of Donald Trump to the presidency of the most powerful country on the planet. Trump rose to power by mobilizing anxious, angry voters in the left-behind places of America. Hillary Clinton took the dense, affluent, knowledge- based cities and close-in suburbs that are the epicenters of the new economy, winning the popular vote by a substantial margin. But Trump took everywhere else—the farther-out exurbs and rural areas—which provided his decisive victory in the Electoral College. All three—Trump, Ford, and Brexit—reflect the deepening fault lines of class and location that define and divide us today.

These political cleavages ultimately stem from the far deeper economic and geographic structures of the New Urban Crisis. They are the product of our new age of winner-take-all urbanism, in which the talented and the advantaged cluster and colonize a small, select group of superstar cities, leaving everybody and everywhere else behind. Much more than a crisis of cities, the New Urban Crisis is the central crisis of our time.

The stakes could not be higher. How we come to grips with the New Urban Crisis will determine whether we become more divided and slide backward into economic stagnation, or forge ahead to a new era of more sustainable and inclusive prosperity.

This article is adapted from The New Urban Crisis: How Our Cities Are Increasing Inequality, Deepening Segregation, and Failing the Middle Class—and What We Can Do About It