The 2018 Dodge Challenger SRT Demon is coming in 23 days to the New York auto show. What's fueling interest in this two-door muscle car variant is the guessing game: How powerful is it? The Demon is the latest strike in the white-hot contested horsepower wars. The battle to go fast is fueled by an online enthusiast community drooling at the thought of delirious numbers that translate to incredible launch speeds once reserved for the drag racing strip. 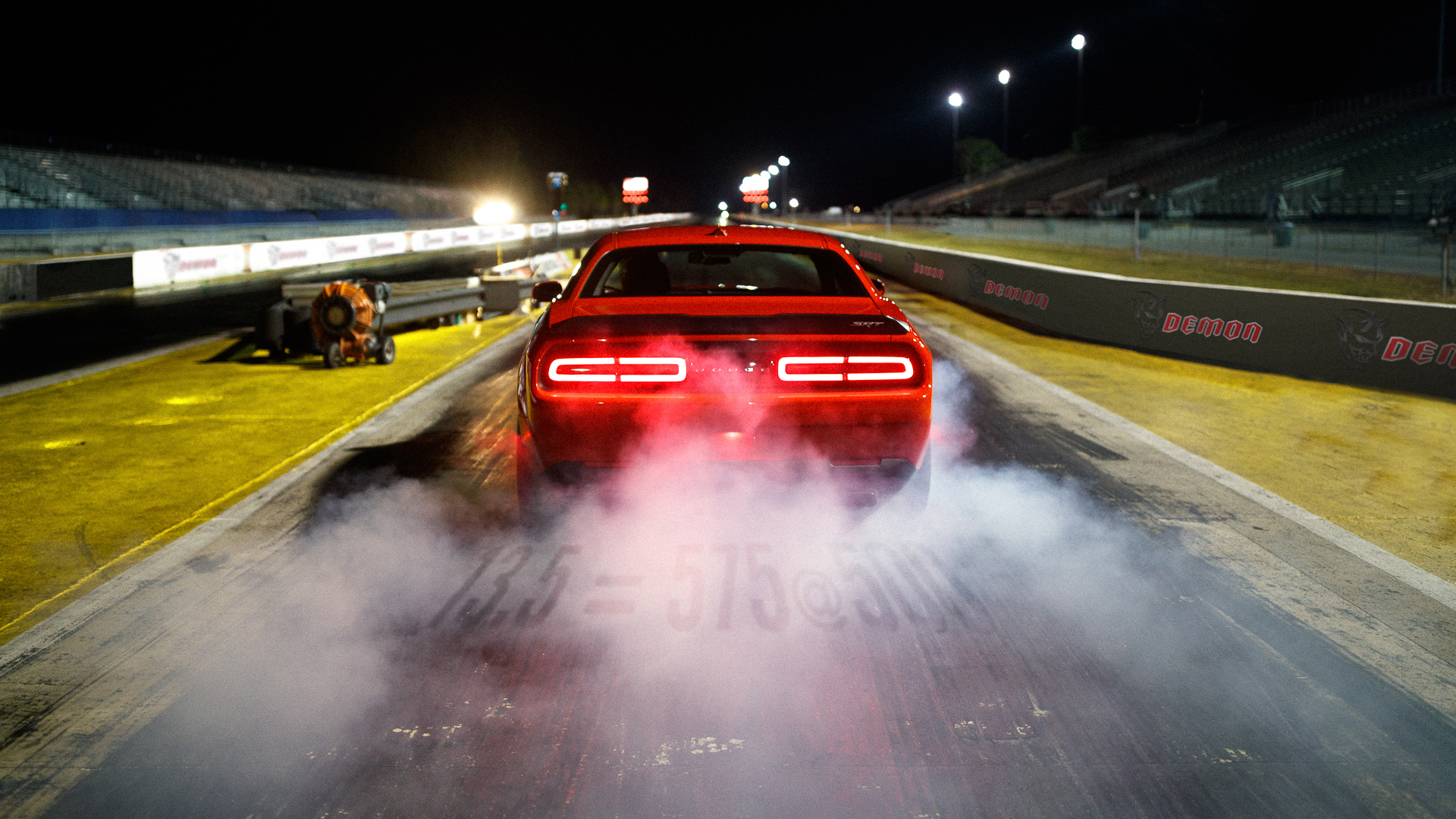 The Demon was first announced in January and that same day rumors of an 850 horsepower car swirled on the Chrysler fan forum Moparts. Since then the banter has been brewing on "Dodge Challenger SRT Demon?", one of multiple threads speculating on the car's performance numbers. Watchers are looking for alpha-numeric clues in everything from the clock to the license plate for confirmation, pointing to the latest magic 757 horsepower number.

Moparts is one of many forums for diehard Chrysler brand fans, which range from the old-school Forbbodiesonly to the contemporary SRT Hellcat Forum. Moparts attracts 1960s and 70s a, b, and e-body muscle car owners who are passionate about drag racing their cars or those who are keen on total painstaking restorations. Beyond the usual tips and spats amongst participants, insider gossip is part of the appeal. There may even be a rogue company employee spilling the beans. It's one of thousands of forums devoted to dissecting car builds, like NAISIOC for Subaru Impreza owners and VWVortex for Volkswagen enthusiasts.

The forum design may be rudimentary and traditional, but its still where car rumors live. For example, Moparts chatter is consistent among its members year round, extending the summer sport of hobbyist racing. For car enthusiasts, these forums serve as a help-desk for the never-ending TLC that restoring and maintaining old cars requires and a place to keep the connection to new models alive.

Dodge is learning to harness that online interest by fueling the hype machine up for a couple of weeks until the Demon's New York International Auto Show reveal. Last week, the Demon's drag soundtrack prompted a fan frenzy. The video series is a way for Dodge to show off its more complex performance features, like the torque reserve system, a function that kicks in when the car is in launch mode that maximizes air flow through the engine when the supercharger ticks above 1000 rpms.

Images of the actual Demon have already seeped out via a misplaced Fate of the Furious Vin Diesel Facebook video and in an official trailer. But what fans are coveting are details on the engine trickery employed to make more efficient razor sharp power. Fans trade barbs on whether it will be an all-wheel drive or rear-wheel drive, and how it will beat out the Challenger Hellcat's 650 pound feet of torque, the car that gave FCA an edge.

When Dodge upped the ante on the 707 horsepower Challenger Hell Cat in 2015, the Chevy Camaro and Ford Mustang took a backseat in the numbers game. Now Ford is rumored to be answering with a more-powerful 2018 Ford Mustang, and talk of a souped-up Shelby GT500 Mustang that makes 750 horsepower possibly followed by another storied-Mustang variant, the Mach 1.

So why do these companies bring back old nostalgic marques? A big part of it points to the support of these online communities that drive the anticipation and one place that seems to be making Dodge's hype campaign effective. Owners of old Plymouth Road Runners and Barracudas can live out their enthusiasm as the sister brand Dodge keeps the dream of menacing, big hulking cars flying across 1320 feet of proving grounds pavement.

The Demon is FCA's muscle swan song, a tip of the hat to the 1971 Demon, a short-lived muscle car based on the Dodge Dart. The Demon was phased out of the lineup when sales fell short as religious groups' objections to its devilish name won out. Back then, car talk was traded at swap meets and in garages, but when the real 2018 Demon numbers are made official, they will travel burn across the glow of the screen. T-minus three days until Dodge unleashes its next teaser.