"This proposal does not provide or mandate paid prioritization," he said to reporters after the FCC's vote. "There is nothing in this proposal that authorizes a fast lane. We ask questions but don't jump to conclusions." 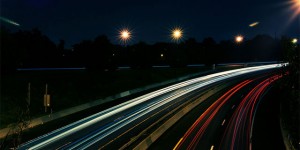 Chairman: "There is one Internet: Not a fast internet. Not a slow Internet."

So has everyone who called this a "fast lane" proposal gotten the story wrong? Not exactly.

As Commissioner Mignon Clyburn said during today's meeting, there are no rules at all against Internet service providers blocking traffic or prioritizing some content over others. That's because a federal appeals court this year overturned the FCC's previous net neutrality order, issued in 2010.

While the FCC's latest proposal doesn't specifically authorize fast lanes, it didn't have to: they're already legal. ISPs can charge Web services like Netflix ("edge providers" in regulatory parlance) for a faster path to consumers over the last mile of the network because there aren't any enforceable rules against it.

The important thing is that today's proposal apparently doesn't ban fast lanes. The entire text of the FCC's order hasn't been released yet. It may become available today. But a fact sheet the FCC released makes it pretty obvious that paid prioritization won't be banned.

The fact sheet says the FCC is going to "Enhance the transparency rules to provide increased and specific information about broadband providers' practices for edge providers, consumers." This could include disclosing information on network practices, performance characteristics like upload and download speeds, latency and packet loss, and data caps.

But the important thing regarding fast lanes is that the FCC said it has "tentatively" concluded that disclosures to the public should include "congestion that may adversely impact the experience of end users, including at interconnection points, and information about new practices, like any paid prioritization, to the extent that it is otherwise permitted." (Emphasis ours.)

Despite that admission, Wheeler repeatedly stressed the fact that the order itself doesn't authorize fast lanes without noting that they're already legal.

What he did say is that broadband providers will not be able to block services, and they will have to give consumers access to services at the level of quality they pay for.

"I literally this weekend just dealt with my broadband provider to make sure that I had sufficient capacity," Wheeler said. "I buy a pipe. I buy a pathway. Nobody can mess with that. They can't degrade it, they can't tell me I can't access something, they can't tell somebody you can only get on to Tom's pathway if you pay me a price. They can't block."

When asked by a reporter whether edge providers can purchase a faster path beyond the performance levels a consumer has paid for, Wheeler dodged. "You're going off and inventing hypothetical paths to the Internet," he said.

Both supporters and opponents of network neutrality generally agree that Section 706 of the Telecommunications Act, which the FCC is using to justify its proposed rules, prevents the FCC from banning fast lanes. The FCC would probably have to reclassify broadband providers as common carriers, essentially turning Internet service into a public utility, to ban paid prioritization.

"To be upheld under Section 706, any rules need to 'leave sufficient room for individualized bargaining and discrimination in terms,' or they will 'run afoul of the statutory prohibitions on common carrier treatment,'" Stanford law professor Barbara van Schewick wrote, quoting the federal appeals court decision.

Section 706 requires the commission to encourage deployment of broadband infrastructure. The court ruling overturning the previous net neutrality rules said the FCC can use Section 706 to regulate Internet traffic, as long as it doesn't go too far.

Wheeler briefly touched on whether any sort of unpaid prioritization would be allowed. "We might want to prioritize a 911 call," he said.

The FCC will apparently have stricter rules on whether ISPs can favor "affiliated" content, which probably means content the ISP actually owns. The FCC said that it "tentatively concludes that priority service offered exclusively by a broadband provider to an affiliate should be considered illegal until proven otherwise."

Affiliated content is "basically what they own," but the concept is a little broader because of shell companies that might own the content, Public Knowledge Senior Staff Attorney John Bergmayer told Ars.

The use of the word "exclusively" in the FCC's explanation could potentially mean that favoring affiliated content would be OK if unaffiliated providers are given the same offer.

"The first version of this idea that we heard was closer to 'Favoring affiliated content is per se unreasonable,' but I would agree that throwing 'exclusive' in there seems to change the meaning to 'Go ahead and favor your own content as long as you allow others to buy the same special treatment,'" Bergmayer said.

If you want to weigh in on the FCC's proposal, the commission will accept public comments on its website until September 10.