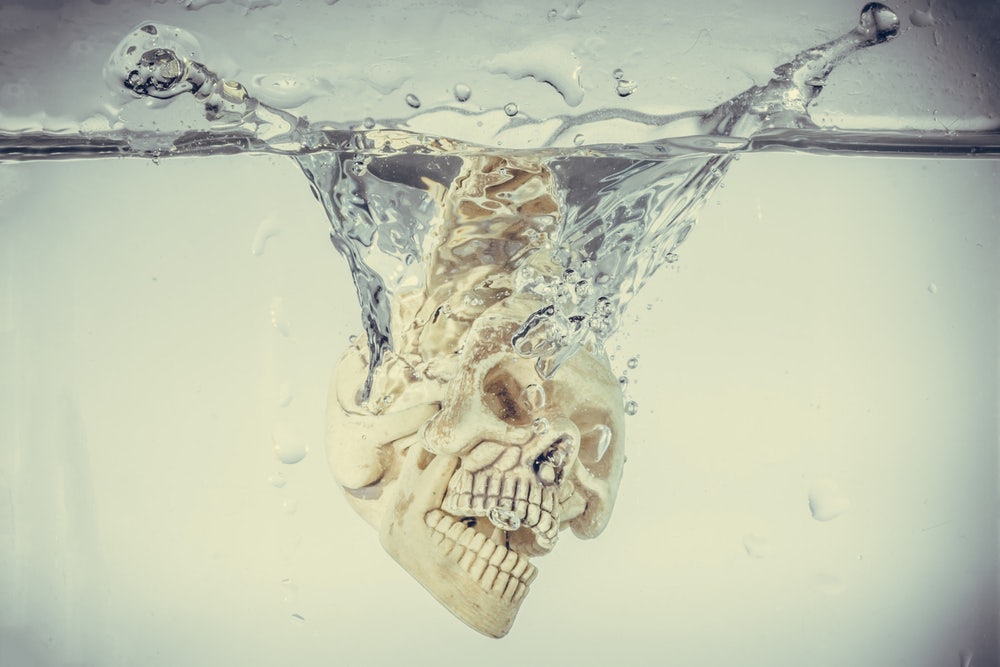 Samantha Sieber's grandfather had a traditional American burial. His body was embalmed, put in a metal casket, and laid to rest at a cemetery, where the grounds would be perpetually cared for. "It felt good to give him what he wanted," said Sieber, who herself works in the funeral industry. But, she added, "I think my grandfather's funeral is going to become extinct."

In 2016, cremation became the most common method of body disposal in the U.S., overtaking entombment for the first time. This shift is often attributed to the high cost of traditional burial and the waning importance of religion. But experts also point to society's changing views about how dead bodies should be disposed of. The spectrum of what's morally acceptable is broadening, at the same time that the most common disposal methods are coming under scrutiny for their environmental impact. More than four million gallons of toxic embalming fluids and 20 million feet of wood are put in the ground in the U.S. every year, while a single cremation emits as much carbon dioxide as a 1,000-mile car trip. Thus, the rise in America of "green burials," where bodies are wrapped in biodegradable material and not embalmed.

Sieber is a part of this trend, but she doesn't want a green burial. When she dies, she told me, she wants her body to be dunked in a high-pressure chamber filled with water and lye. That water will be heated to anywhere from 200 to 300 degrees, and in six to twelve hours her flesh, blood, and muscle will dissolve. When the water is drained, all that will remain in the tank are her bones and dental fillings. If her family desires, they can have her remains crushed into ash, to be displayed or buried or scattered.

This process is known colloquially as water cremation and scientifically as alkaline hydrolysis, or aquamation. It's the most environmentally friendly method of death care, says Sieber, the vice president of research at Bio-Response Solutions. Founded by her father in 2006, the company manufactures aquamation equipment for funeral homes and crematories throughout North America. "This has no emissions, it's greener, it's a clean technology to work with," Sieber said.

But Sieber may not get her wish of being aquamated when she dies. Only 15 states allow alkaline hydrolysis for human remains, and Indiana, where Sieber lives and where Bio-Response is based, is not one of them. Casket-makers and the Catholic Church are working to make sure it stays that way.

Alkaline hydrolysis was patented in the U.S. in 1888, and the process hasn't changed much since then. The body is submerged in a solution of about 95 percent water and 5 percent alkali—usually sodium hydroxide or potassium hydroxide. The liquid is heated and set at a high pressure to avoid boiling, causing the body to shed its proteins and fats. The decomposition creates a coffee-colored liquid, which contains amino acids, peptides, sugars, and salts. That liquid gets flushed down the drain, and treated like any other type of wastewater. Only bones and metal remain. 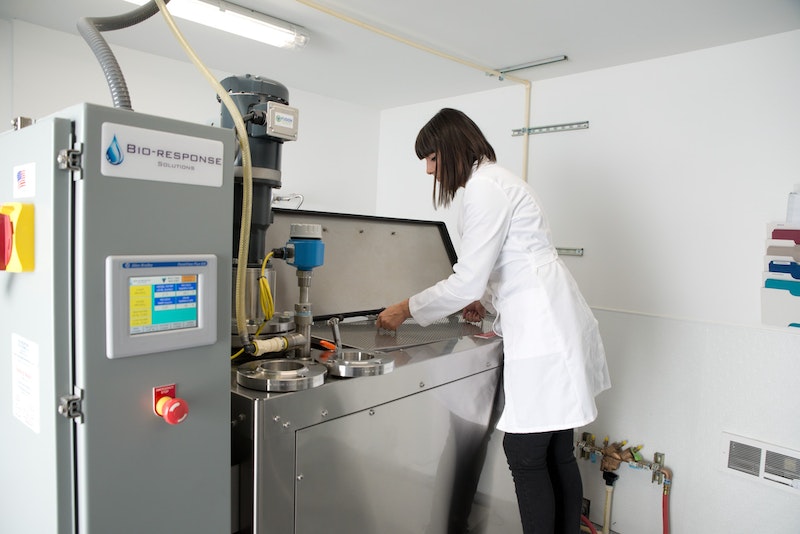 Alkaline hydrolysis was originally marketed as a way to rapidly decompose animal bodies and use their nutrients for fertilizer. It was later adopted by scientific labs to dispose of disease-contaminated bodies, like cow carcasses infected by mad cow disease in the 1990s. Its commercial use for animals began in the early 2000s, Seiber said, as grieving pet owners sought a sentimental disposal option that didn't require an expensive burial or involve burning Fido to ashes.

In addition to its gentleness and cost (aquamation for dogs runs anywhere from $150 to $400, while cremation is around $100), veterinarians and pet funeral homes began to market aquamation's environmental benefits. "Unlike cremation, there are no toxic emissions and no contribution to greenhouse gases," wrote Jerry Shevik, owner of Peaceful Pets Aquamation in California. "It has a carbon footprint that is only one-tenth of what fire-based cremation produces." Roughly the same is true for human aquamation, which, according to Staudt's book, "requires about 90 kwh of electricity, resulting in one quarter the carbon emissions of cremation, consuming one-eighth the energy, while costing the consumer roughly the same amount as cremation." Environmental issues can arise if the water poured down the drain after a liquid cremation has a pH level above local regulations. If that happens, however, funeral homes can easily treat the water with carbon dioxide before releasing it. 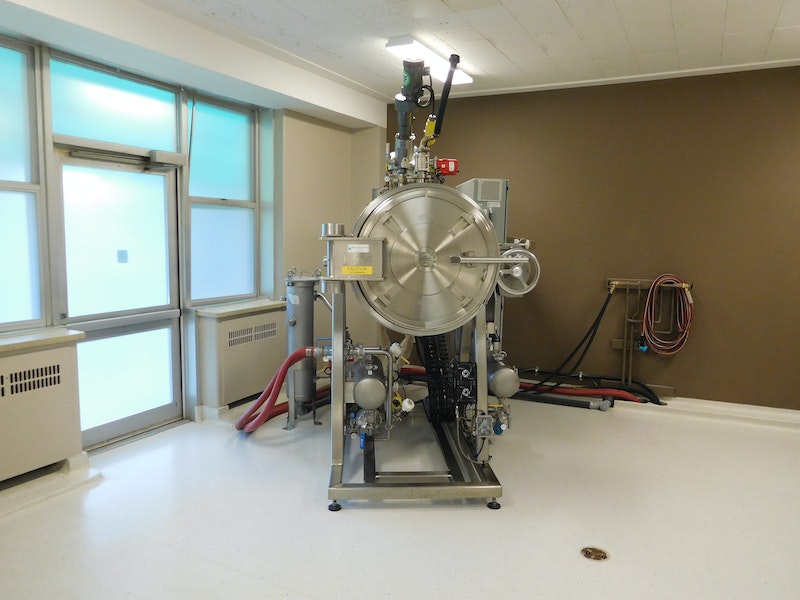 The growing use of aquamation for pets created more demand for human use. Minnesota was the first state to legalize alkaline hydrolysis for humans in 2003, and other states eventually followed. Oregon and Maine passed bills in 2009; Florida and Kansas in 2010. Ten more states followed, the most recent being California, which passed a bill last year officially deeming aquamation a type of cremation. Funeral homes will be allowed to offer it beginning in 2020.

Sieber's business isn't suffering from the fact that the process isn't legal in every U.S. state. "We're selling at the pace we can grow right now," she said. "It wouldn't help us if every state was approved."

But her family did suffer personally. In March of 2013, two of her grandparents died just one day apart from each other. Each had wanted to be aquamated. Sieber's family had planned to use the closest funeral home that provided the service—a few hundred miles away, across the state border in Illinois. But the shock of losing two grandparents at once was too much to handle the logistics. "There was so much grief," Sieber said. "We couldn't get it done."

Angered by their inability to fulfill their loved ones' wishes, Sieber's family launched a lobbying effort to get aquamation legalized in Indiana. And after more than a year and $40,000 spent, Sieber said they had gathered enough votes for a bill to pass. When their aquamation legalization bill came to the floor of the state House of Representatives, however, it was derailed by a gruesome speech by a lawmaker who also happened to be a casket-maker.

Representative Dick Hamm's speech that day made national news, and not only because of his business interest in keeping human aquamation illegal in Indiana. "We're going to put [dead bodies] in acid and just let them dissolve away and then we're going to let them run down the drain out into the sewers and whatever," Hamm said, comparing the process to "flushing" a loved one. This wasn't accurate. Aquamation uses lye, not acid, and similar fluids are flushed down the drain during the embalming process. But Hamm's hyperbole was effective. Though he was the only lawmaker to speak against the bill, it failed in a 34-59 vote.

The idea that aquamation is unnatural or gross or even immoral has impeded its adoption in other states. A bill to re-legalize it in New Hampshire, where it had been legal for two years before being repealed, was rejected in 2009 after lawmakers gave speeches similar to Hamm's. "I don't want to send a loved one to be used as fertilizer or sent down the drain to a sewer treatment plant," Republican John Cebrowski said. His Republican colleague Mike Kappler added that "he didn't want to drive by a sewage lagoon where a relative's liquid remains would wind up."

The Catholic Church of New Hampshire came out against that bill as well, and testified against later efforts to re-legalize aquamation in the state in 2013 and 2014. Each testimony said alkaline hydrolysis "fails to provide New Hampshire Citizens with the reverence and respect they should receive at the end of their lives."

But those who choose aquamation for their loved ones overwhelmingly do so because they believe it's a kinder way to treat a body, said Philip Olson, an assistant professor at Virginia Tech and a death studies expert. "Embalming is invasive and violent, and so is fire," he said. But alkaline hydrolysis, he said, is more like a warm bath. "That's becoming a more prominent value in American death care, the idea of gentleness," he said. "That's why we've seen such growth in the home funeral movement—the idea of using your hands is more intimate, of having contact with the body, not mediating your contact through instruments which are hard and cold."

The environmental benefits of aquamation are less of a motivating factor. "We thought families would want this because it's more eco-friendly," Sieber said. "They like that, but it's not why they're choosing it." That may be a good thing, because alkaline hydrolysis is not an environmental panacea. Its widespread adoption could increase production at industrial chlor-alkali plants, which are known to emit mercury and other pollutants. The process also uses about 300 gallons of water per body, or three times as much as the average person uses in a day. And while replacing cremation with aquamation would have some climate benefits, they wouldn't be as huge as, say, getting rid of coal-fired power plants—which is perhaps why there are no large environmental advocacy campaigns to change the death care industry.

Olson sees a more existential value in greening up death care. "The funeral industry has always been about making your body immune to nature, preserving yourself in spite of it," he said. Processes like aquamation require an acceptance of becoming part of it. "It's new to think about bodies that way, as a kind of eco-product," he said. "It demonstrates a shift in how people are thinking about our relationship to the natural world." If more people respect the planet in death, it bodes well for how they'll treat it while they're still alive.