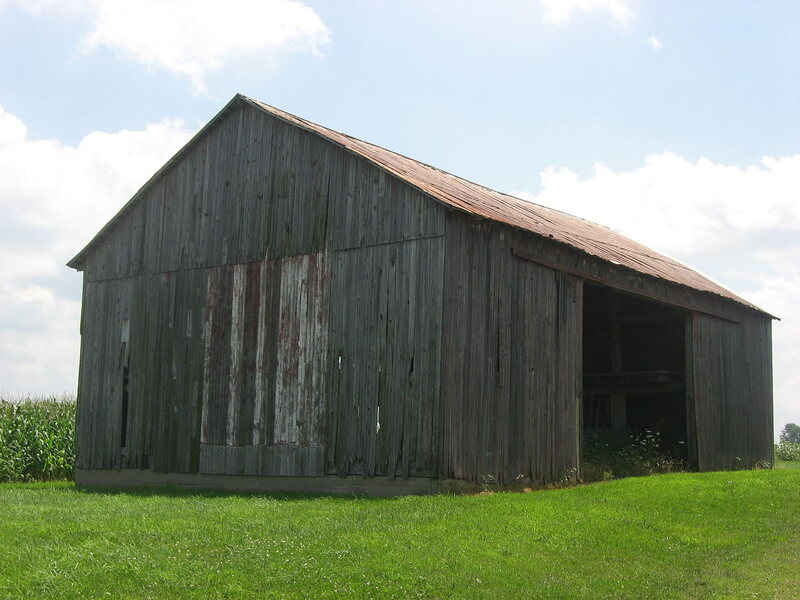 The barn at the Clemens Farmstead, where James and Sophia Clemens settled in 1818. Public domain

The image of the American pioneer, as painted by books, games, movies, and even history, rarely changes. Bonneted women and stalwart men traveled to the edges of United States territory with their few possession to break the land and start new lives. In these stories, the pioneers may come from different places or backgrounds—but they all seem to be white.

But in the decades before the Civil War, free black people migrating from the South and East lived the same story. In a new book, The Bone and Sinew of the Land, historian Anna-Lisa Cox documents the homesteading activities of thousands of "forgotten black pioneers" in the Northwest Territory—the area stretching from what's now Ohio to Illinois and north into Wisconsin and Michigan.

As part of her research, Cox attempted to locate as many settlements as she could that consisted of at least one African American-owned farm in the years between 1800 and 1860, using census records, deeds, and other documents. The map she assembled shows 338 in all, with the greatest number, as well as the largest and wealthiest, concentrated in Ohio and Indiana.

"Every single time I thought I'd found them all, I was wrong," Cox says. "I just kept on finding more." The settlements represent people who thought their best opportunity to find success in the United States was at its edge, where the laws gave them more freedom and rights than elsewhere. "They understood that by colonizing the newest portion of the nation, they were laying claim to citizenship in powerful ways," she writes in her book. 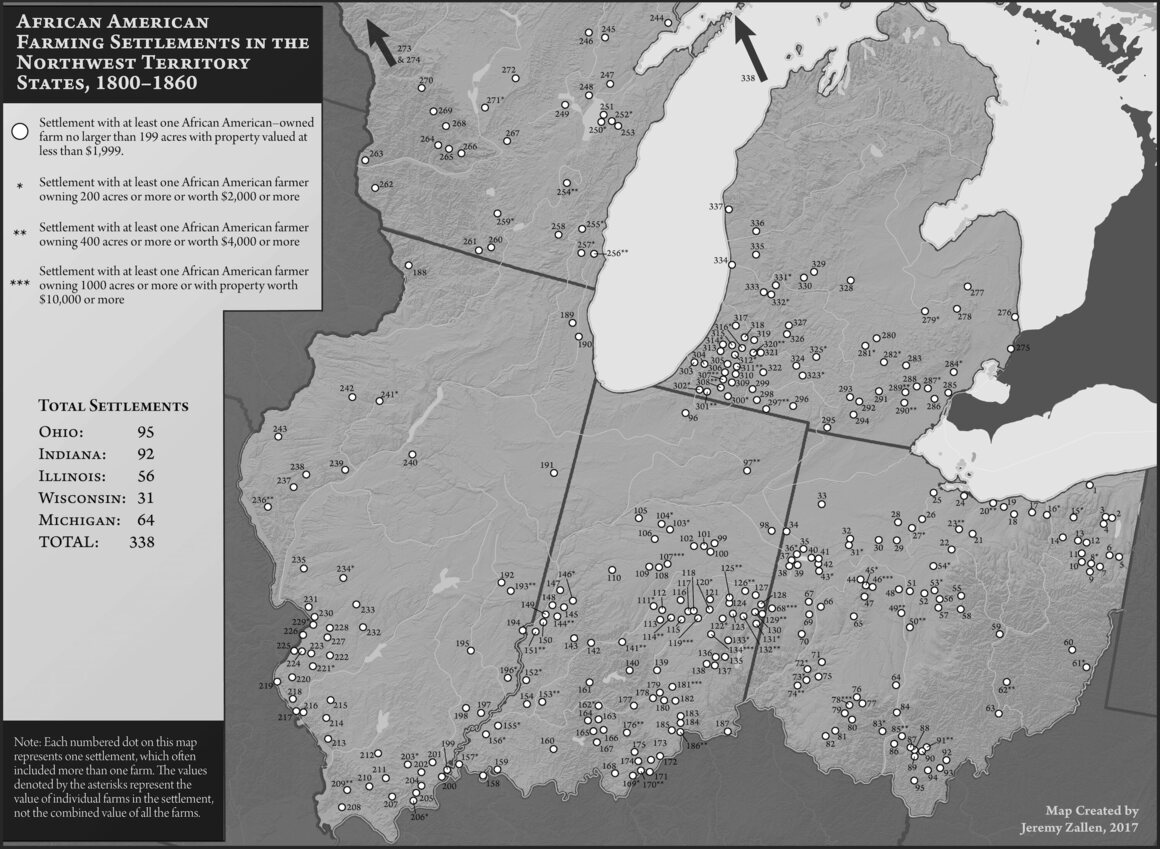 Map of rural black settlements in the Northwest Territory. From The Bone and Sinew of the Land: America's Forgotten Black Pioneers and the Struggle for Equality, by Anna-Lisa Cox. © 2018

Though the stories of these communities are often overlooked, a few other historians have studied them. Cox cites Stephen Vincent's Southern Seed, Northern Soil, a history that focuses on the Beech and Roberts settlements, two rural African-American and mixed-race communities that thrived in Indiana during the 1830s. The Indiana Historical Society has worked to document the state's early black settlements, county by county. In Free Black Communities and the Underground Railroad, Cheryl Janifer LaRoche, a historian and archaeologist, mapped free black communities across the same area.

"East of the Mississippi, along with Iowa and Kansas, along the border of the river, these places are very poorly understood," says LaRoche. Her archaeological work focused on communities that happened to be on Forest Service land, because, she says, "They were intact and not disturbed. Many have been bulldozed and paved over."

The map in Cox's book is a synthesis of rural settlement in the region, so it excludes urban black communities. She takes an upbeat view of the history that the map represents. "These pioneers really had the best ideals of the revolution at heart," she says. The ordinance that created the territory outlawed slavery there, and did not put racial restrictions on the right to vote. "That's how this region was originally envisioned, and free African-Americans were moving onto that frontier with that vision," she says. "They were integrating the frontier. They were integrating the Northwest Territory."

In some cases, free black people who moved to the Northwest Territory were able to accumulate wealth and build lasting communities. The founders of the Roberts settlement, for instance, came to the Midwest in the early 1830s and obtained some of the best land in the area. "They were really well positioned," says Vincent, a historian and independent researcher. "They had lived in the South and lived near Quakers, so they had established relationships. They were well accepted by their neighbors." 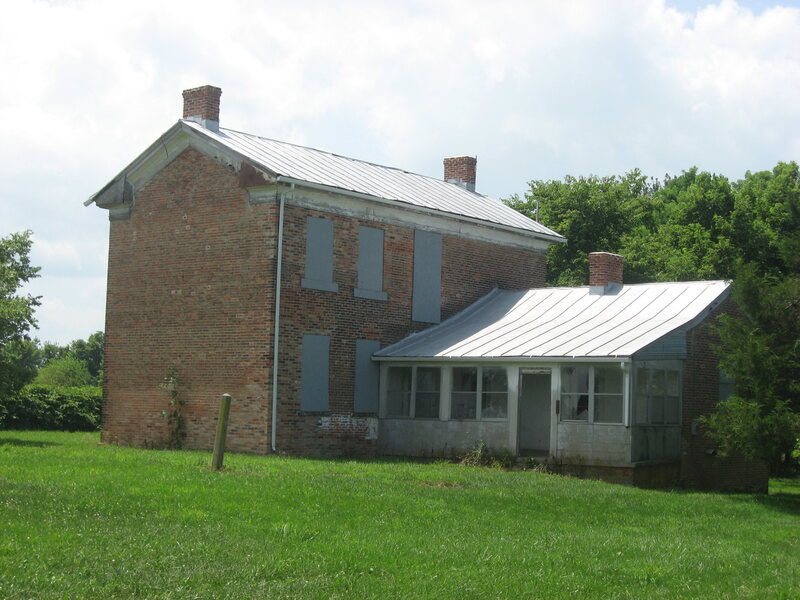 In other places, some of the settlers, especially newly free people who lacked resources, struggled with poorer land and more hostile surroundings. As Cox acknowledges, whatever ideals were written into the original laws of the territory, they were weakened as white settlers poured in and formed states that restricted the rights of black people and created added financial barriers, such as the requirement that they pay bonds of hundreds of dollars just to live there.

The history of both enslaved and free people of African descent in the region goes back before the 1800s. In the previous century, French colonists had brought captive people upriver, and The Bone and Sinew of the Land details the legal battles of people who were still treated as slaves—in a place where the practice was not supposed to take place. Free black traders had also settled in the region in the 1700s, and they made alliances or intermarried with Native American tribes. After the French and Indian War, the British government adopted a policy that would have restricted settlement of European colonists so far west, and the hunger to claim this land for the colonists was one reason behind the American Revolution. Pioneers, black and white alike, contributed to the seizure of land from the native people as part of westward expansion.

"The frontier is not a place of heroism and sweetness and light. It's a place of violence, injustice, and devastation," says Cox. "But the term 'pioneer' and the term 'frontier,' however difficult, are still totemic and highly potent terms in our sense of ourselves as a nation. If we forget that free African Americans were part of the earliest settlement movement of our first frontier, then we have lost an important aspect of our American past." 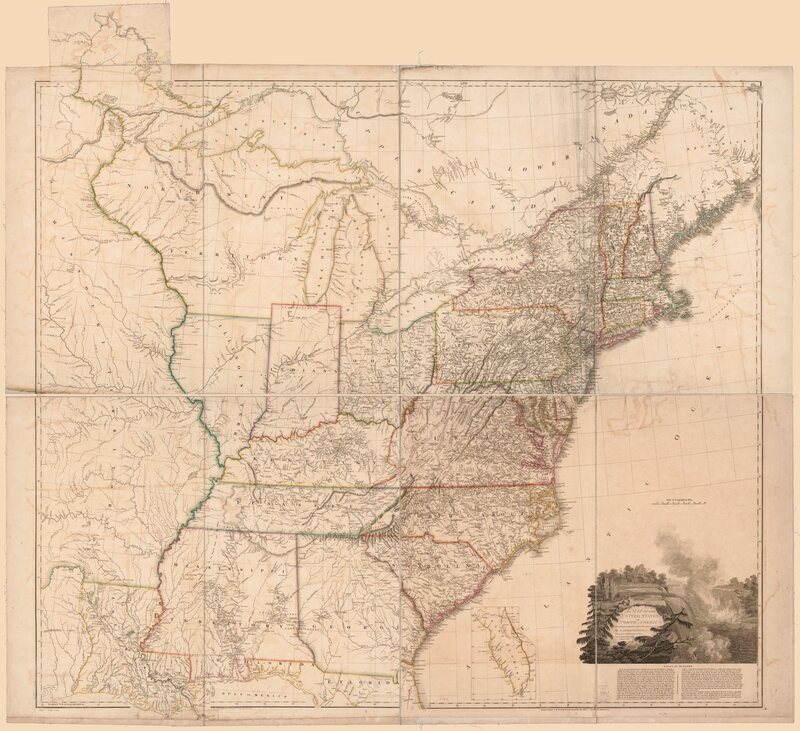 Among the settlements of black pioneers, there were radical integration projects, including the Union Literary Institute, an Indiana school established with a biracial board in 1846. It was one of the first schools in the country to offer education to anyone, regardless of their race or sex. But such institutions, and the wealth of some black pioneers, began to draw the ire of white settlers and neighbors. In the area along the Mississippi and Ohio Rivers, where land was both more marginal and more likely to have been purchased by recently freed people, black settlements would have been surrounded by white neighbors with pro-slavery views. "Not surprisingly, there was a large exodus of blacks from these areas during the 1850s," says Vincent, the author of Southern Seed. "Very few blacks lived in these areas by the late 19th century, so these settlements were largely ephemeral and short-lasting."

But if these communities are often left out of national histories, the people who live there today, many descended from these original settlers, do remember this past. Some hold yearly gatherings to reunite the descendants, and a local group is working to preserve what's left of the Union Literary Institute and other buildings that survive from the community's early period.

This region isn't the only one where free black communities have been overlooked, either. Identifying the locations of these historic places "needs to be done in every state from Maine to Iowa," says LaRoche. "Because there were, at some point or another, small pockets of black communities in these spaces that haven't been recognized, discussed, or analyzed. There's a lot of work to be done."