This Is My Top Secret Room

If your name is Chris Houlihan, you're immortalized, somewhat obscurely, in The Legend of Zelda lore. Here's why the series features some random guy.

These days, The Legend of Zelda

is getting a whole lot of well-deserved extra attention as a franchise,

thanks to Breath of the Wild

being one of the Nintendo Switch's launch titles.

(Side note: We totally covered Bitrex months before Nintendo started covering its Switch cartridges with it. Yes, we're ahead of the curve.)

But as interesting as Breath of the Wild is, I wanted to spend a minute talking about one of the weirdest things ever to appear on a Nintendo cartridge, ever, let alone a Legend of Zelda game. That's something called the Chris Houlihan Room. 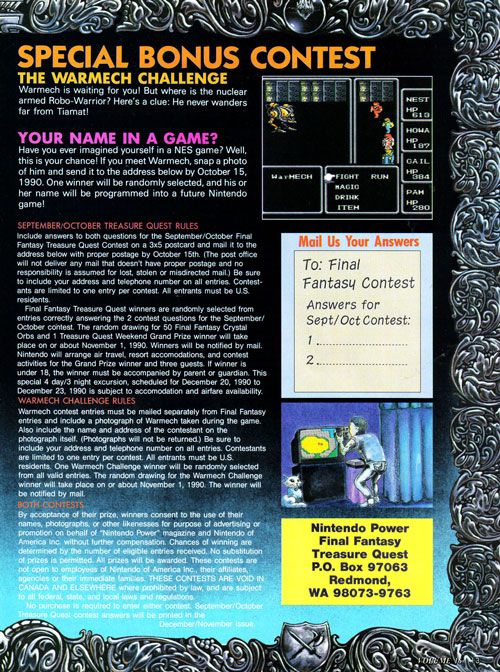 The room, featured in the Super NES version of The Legend of Zelda: A Link to the Past (which, if you want to feel old, celebrates its 25th anniversary in April) came about in an interesting way: Through an issue of Nintendo Power, the greatest example of content marketing ever created. In Volume 16 of the magazine, (September/October 1990), the magazine held a contest asking readers to share photos of themselves with Warmech, an obscure enemy in Final Fantasy. The winner was promised their name in a game.

That game, as it turned out, was A Link to the Past, and that winner was Chris Houlihan. The room is interesting beyond that naming convention, however; it's essentially used as an error room when the game can't figure out where you're supposed to be heading. (As a result, it can be reached numerous ways, as the YouTube clip above shows.)

It's a good place to land, though, as it includes hundreds of rupees.

You'll only find the message from Chris in the Super NES version of the game, but that guy probably has a hell of a piece of bar trivia to share nonetheless.