Stefano Magaddino, "the old man" who lived in a nondescript ranch house in Lewiston, once ruled the mob in Buffalo and Niagara Falls with an iron fist.

One signal to his underbosses – raising his hand above his head at the mention of a name – and Magaddino had men killed. As many as 26 during just one short period of time, according to one retired investigator whose expertise was the Mafia.

The local mob raked in millions of dollars every year through gambling, prostitution, loansharking, pornography, extortion, robbery, burglary and other crimes that touched thousands of families all over Western New York, federal and state agents said.

Now, the Mafia itself is all but dead in Western New York. 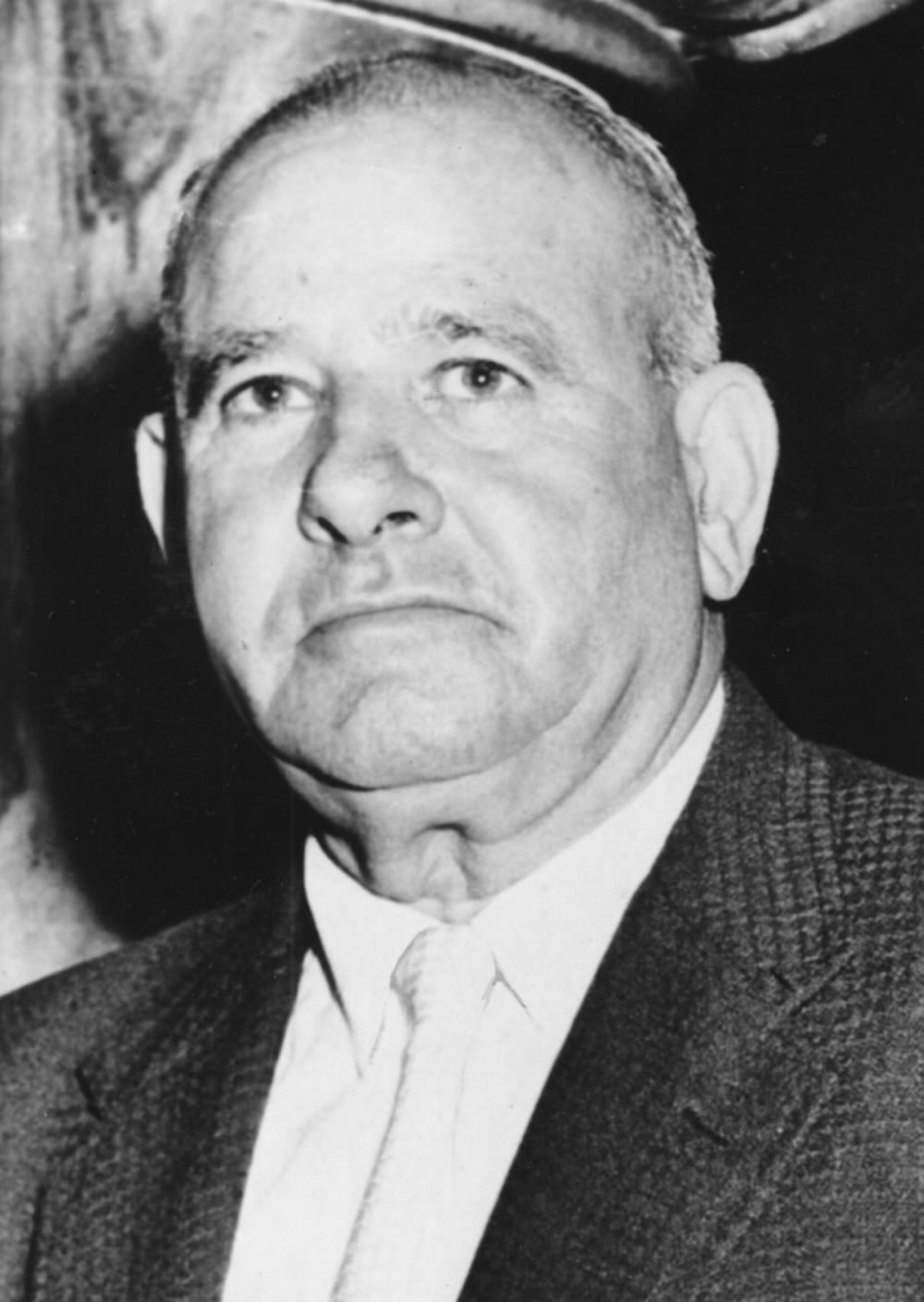 The local FBI once had a large squad of agents working full time on mob cases, but the agency no longer considers the Mafia a presence in this region, according to Adam S. Cohen, special agent in charge of the Buffalo FBI office.

"Some of the individuals who were leaders of the Mafia are still around," Cohen said. "But their organized crime activities don't exist anymore. Some of them have legitimate businesses that we know of."

Though several local men succeeded Magaddino as leaders following his death, no one leads what is left of the mob in this region, Cohen said. Several retired state and local law enforcement officials who specialized in Mafia investigations agreed.

So what killed the mob?

The federal crackdown on Laborers Local 210 and New York state's proliferation of gambling. And perhaps a successful pizza enterprise, too.

"The Mafia, and the way of life that fostered the Mafia, is pretty much gone," said Lee Coppola, 73, a former federal prosecutor and news reporter who grew up among mobsters and their families on Buffalo's West Side.

"Most of the men who were responsible for the mob murders in Buffalo are dead," he said. "The hit men who committed the murders are dead."

And no young people have emerged to replace them, Coppola said.

There is no dispute over who was the most dominating figure in Buffalo's organized crime history.

That would be Magaddino, a frugal, anything-but-flashy individual who lived in an unremarkable ranch home on Dana Drive in Lewiston. His mob dynasty extended far beyond Western New York into Ohio, Ontario and parts of Pennsylvania.

The Sicilian native was a Mafia soldier in New York City before moving to Western New York. He was quiet by nature, but he was an astute leader who did not hesitate to use violence, said George E. Karalus, a retired mob investigator with the State Police who wrote a book on Magaddino with Buffalo News reporter Matt Gryta.

"They called him 'the old man.' He didn't say all that much. But when a man's name would come up for discussion at a meeting, if Magaddino gave a signal by raising his hand up over his head, that man was a dead man," Karalus said. "He had that much power. He was a good family man, loved by a lot of people, but he was also a killer. We had information that he once ordered 26 different men to be killed because he heard they made remarks making fun of him."

May 21, 1959: Three WNYers among mafia leaders tied to Apalachin meeting

Mob leaders all over America held Magaddino in such high esteem that, at his request, they gathered for a rare meeting in the small town of Apalachin, west of Binghamton, in November 1957. 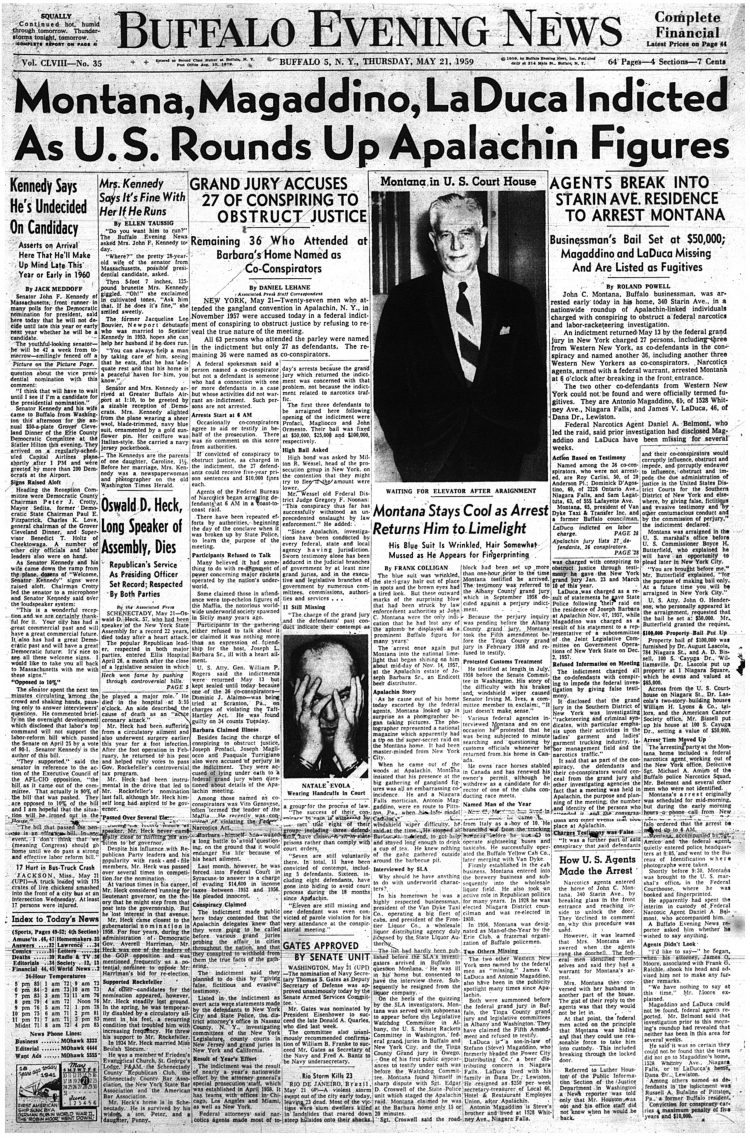 "People thought they were there to break up the country into different territories for criminal activity," Karalus said. "What they really wanted to do was to plan a takeover of the entire U.S. economy – the clothing industry, unions, the food industry, entertainment and everything else. Magaddino was a big part of that. He was the boss of bosses, the most powerful mob boss in America at that time."

The meeting turned out to be a fiasco. Troopers learned about the meeting and were waiting. They arrested 58 mobsters, including some of the most powerful Mafia leaders in the nation.

Magaddino lost some face with his fellow mob leaders after Apalachin, Karalus said, but he continued to wield a lot of influence in Western New York.

"He truly was a godfather," said Coppola, who wrote many stories about Magaddino for The Buffalo News in the 1960s and 1970s. "Just like the one you saw in the movies."

The 1960s may have been the peak of the Mafia influence in the Buffalo region. As many as 200 "made men" – officially sanctioned mob members – ran criminal operations in Buffalo and Niagara Falls during that decade, all answering to Magaddino, Coppola said.

Today, both Cohen and Coppola estimate that there are no more than a handful of surviving mob members in the area, with no viable organization to unite them, and no leader.

"There are a few remnants of the mob that still exist in Buffalo," said Ronald Fino, a former union leader who helped the FBI investigate the local mob, "but it's not the same."

The Buffalo Mafia's power base and most valuable asset for decades was Laborers Local 210. Control of the laborers union gave the mob an inside role in multimillion dollar construction projects all over the region. While many of the union's members were honest and hard workers, others did little or no work by virtue of their connections. Mobsters were able to get well-paid jobs – including some no-show jobs – through the union for Mafia soldiers, their friends and family members.

And the Mafia ruthlessly controlled the union. 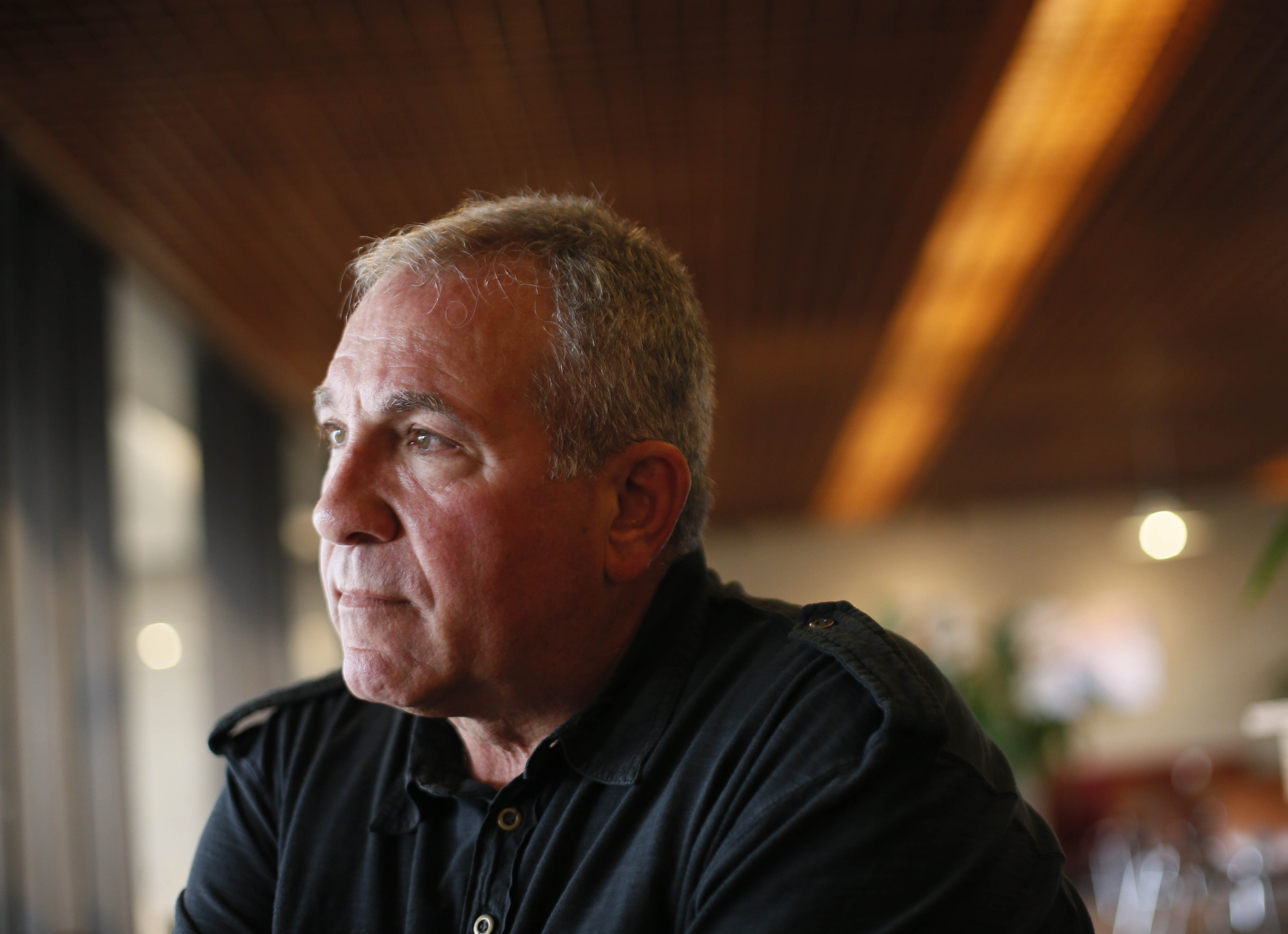 In 1980, when one union member started giving information to the FBI, a team of assassins gunned him down in broad daylight at a Main Street construction site.

Later that year, the body of man who served as a consultant to a mob-tied dental clinic that provided treatment to Local 210 members was found in the trunk of a car. Police never learned why.

"For at least the past 25 years, the Buffalo La Cosa Nostra has exercised considerable influence, if not complete control, over the affairs of Local 210," an attorney for the international laborers union declared in late 1995.

Fino played an instrumental role breaking the Mafia'a grip on Laborers Local 210. His late father, Joseph, had been a powerful mob figure. And Ronald Fino held a leadership position in the local for 15 years. But he abruptly left his union job in 1989 and disappeared from Buffalo.

Fino later revealed that he had been helping the FBI with information for years, even advising agents on where to install listening devices in the old Local 210 union hall on Buffalo's Franklin Street.

With Fino working as a paid expert and government witness with inside information, the government crackdown on the union began in 1995 and ended in 2006. Dozens of individuals with alleged mob ties were booted out of the union. Joseph Todaro Jr., the late Leonard Falzone and Frank "Butchie Bifocals" BiFulco were among those forced out of union leadership positions.

"Once we got them out of Local 210, that was the beginning of the end for the Buffalo mob," said Andrew Goralski, a former Buffalo FBI agent who retired in 2007. "That was their power source in Buffalo."

The federal government then had oversight of the union. John J. O'Donnell, a retired FBI agent, spent six years working with union leaders as a court-appointed liaison officer.

In 2006, Justice Department officials declared that the mob no longer ran the Local 210.

Fall of the bookmakers

Mobsters also made big money off gambling-related crimes, especially loansharking rings that loaned money to gamblers at gigantic interest rates. Those who didn't meet their debts knew that broken legs, or worse, were penalties.

At one time during Magaddino's reign, according to Coppola, the mob leader's share of the proceeds from one gambling location in an old firehouse on Seneca Street in Buffalo came to $25,000 a week. The mob made that money from people playing a high-stakes card game called siganette.

The proliferation of legalized gambling decimated the profits of organized crime families all over America, said Scott M. Deitche, a mob historian in St. Petersburg, Fla., who has written six books about the Mafia.

"Outside of a few big cities like New York and Chicago, the mob doesn't have much influence anymore," Deitche said. "It's not just Buffalo. Cities like Tampa, Denver, St. Louis, Cleveland, San Jose and San Francisco all used to have substantial mob families. Not anymore."

The fall of "Omerta"

One of the most important concepts in the Mafia code of conduct was "omerta." That is an Italian word referring to the mob's code of silence about criminal activity and its refusal to give evidence to police.

The most often-cited example of omerta in Buffalo's mob was an incident that occurred on the city's West Side in June 1976. Mob leaders that year ordered the killing of Faust Novino, a mob associate and drug dealer. Novino was invited to a meeting in a social club on Connecticut Street, where five mob henchmen, carrying firearms and other weapons, waited in the dark.

Sensing that something was wrong, Novino showed up with his own gun. He began firing at the would-be assassins before they could shoot him.

"Who shot you?" one officer asked the fallen and bleeding Sacco.

"Nobody shot me," Sacco answered.

And he refused to cooperate in the investigation.

But 14 years later, toward the end of his life, Sacco's devotion to omerta turned. He became an FBI informant.

He had become one of many mobsters, in Buffalo and other cities, who turned their backs on omerta in their own self-interest.

"Omerta began to go by the wayside," Coppola said.

Cooperating mobsters helped government prosecutors put hundreds of cohorts in prison all over the country, including John Gotti. The notorious New York City mob leader died in prison in 2002.

Here in Buffalo, Leonard F. Falzone, long identified by the FBI as a mob enforcer and leader of loansharking operations, was sentenced to federal prison for five years in 1996. A trusted comrade turned against him, testified at Falzone's trial and joined the federal Witness Protection Program.

Falzone, whom prosecutors had called one of the region's most feared mob figures in his prime, died of an illness late last year. He was 81.

The FBI maintained for decades that the Todaro family of Buffalo – the late Joseph Todaro and his son, Joseph Todaro Jr. – were the bosses of the Buffalo mob family after Magaddino died. But federal agents never proved that allegation in court. 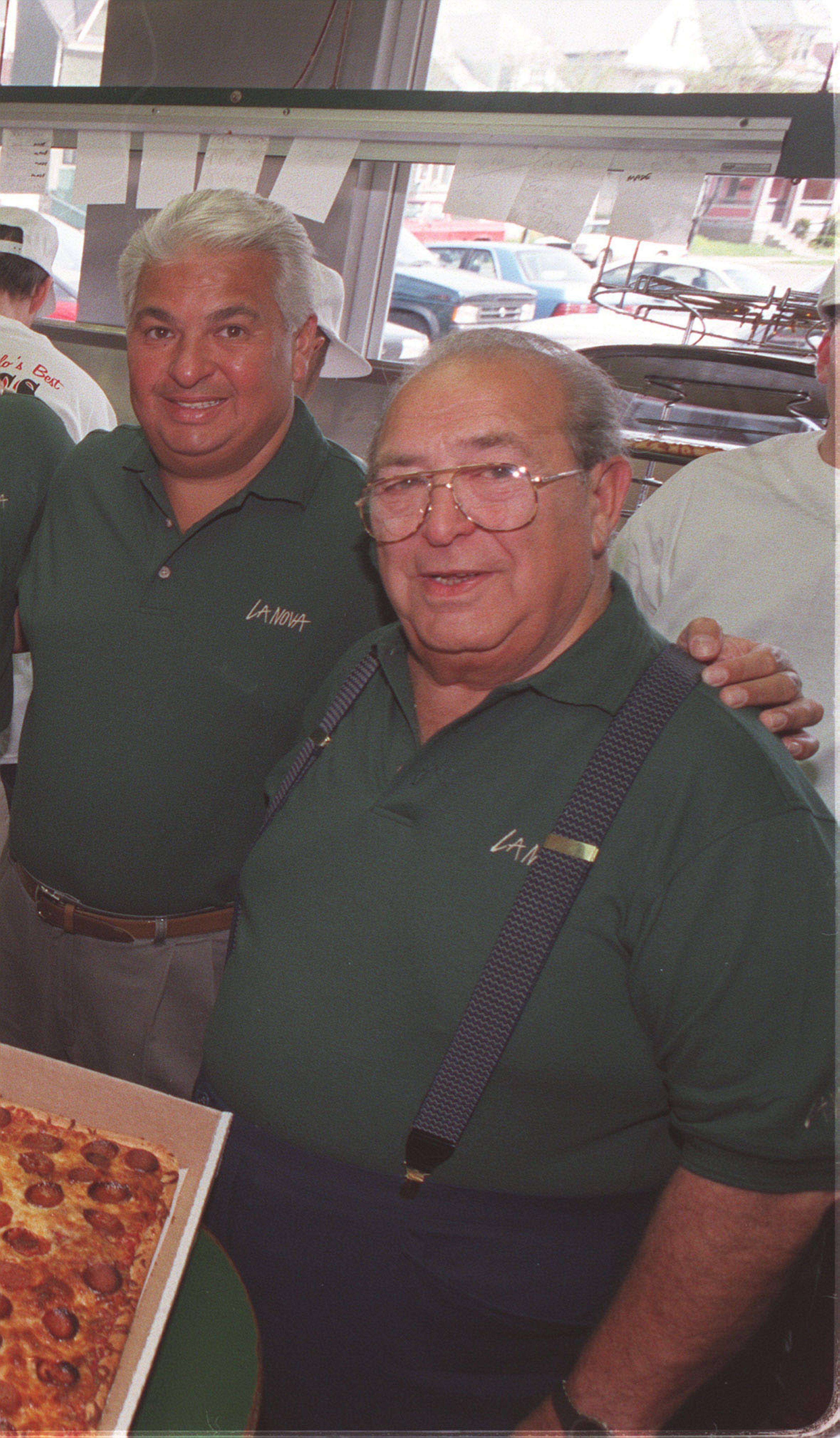 Joseph Todaro Sr. died in 2012. And his son continued to run and expand the family's popular La Nova Pizza on Buffalo's West Side.

The belief among law enforcement officials now is that La Nova pizza is so successful that Todaro Jr. would be too busy to be involved in mob activities, according to Fino, Deitch, Coppola, Clark, Goralski and other sources.

A food industry website called Pizza Marketplace in 2002 described La Nova as the "world's busiest pizzeria" and reported that the Todaros' business had annual gross sales of $5 million – nearly 10 times the per-store average of the U.S. pizza industry.

A News reporter called Todaro Jr., 71, at his popular La Nova pizzeria earlier this month to seek his comments on the FBI's contention that the Buffalo mob family no longer is active and no longer has a leader.

Todaro politely declined to comment on any aspect of organized crime, just as he has done several times in years past.

"I'm not going to comment" on organized crime questions, he said, "but if you want a great recipe for cheese and pepperoni, I'll tell you."