When Dole Japan announced it would be sell its Gokusen banana for $6 each for one day only (May 9) at the Takashimaya Department Store in Shinjuku, everybody's reaction pretty much was, "OMG, those are some fancy-ass bananas." The fruit, developed using the best characteristics from more than 100 bananas and grown 500 meters above sea level, came in special boxes and equipped with serial numbers.

But this isn't the first time Japan's gone fruit crazy. In fact, the country has an long history of luxe fruit. In Tokyo, the luxury fruit boutique Sembikiya sells everything from $3-a-piece strawberries to $212 square watermelons. But Sembikiya and the Gokusen banana are only the tip of the absurdly-expensive-fruit iceberg. Here are eight  fruits around the world that make a $6 banana look like, well, just a banana. 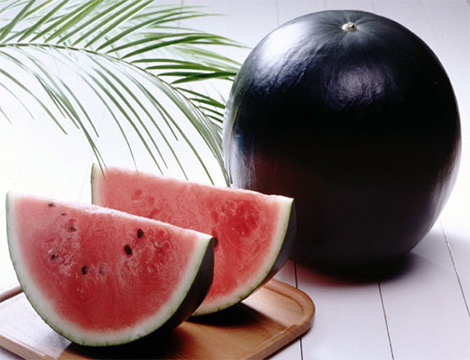 Why so expensive?: Sold at Sembikiya flagship store in Tokyo and throughout Japan, the black-skinned, stripeless Densuke watermelon is reported to have a special type of sweetness. Grown exclusively on Japan's northernmost island, Hokkaido, only 100 Densuke are farmed each year. The most expensive one ever sold was a whopping 17 pounds and went for $6,100 at an auction in 2008, making it the priciest watermelon in the world. (Photo: Flickr) 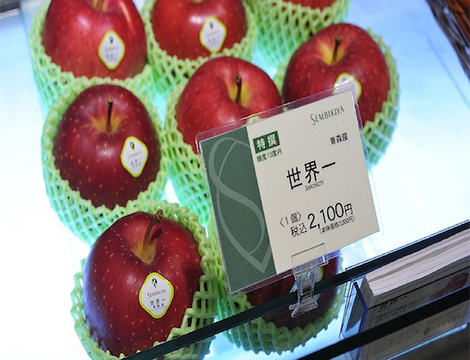 Why so expensive?: Yes, $21 per apple. Translating to "the best in the world," Sekai-ichi are washed with honey and branded by hand to ensure they're blemish free. The orchards where they're grown are pollinated by hand using a tiny wand—treatments not uncommon in Japan's fruit-obsessed culture. As BuzzFeed puts it, "These apples were presumably watered with honey, angel piss, and the tears of Donald Trump." (Photo: blogger.com) 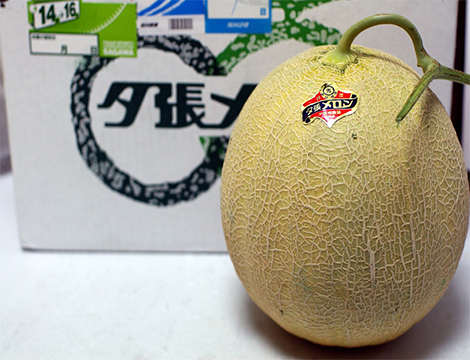 Why so expensive?: The price above is actually the deal of a lifetime, seeing as a pair of Yubari King Melons once went for $23,500 (making them the most expensive fruits in the world). Another product of the island of Hokkaido, the hybrid, orange-fleshed melon is highly prized for its sweetness, and, as Gourmet writes, "beautiful proportions." The melons are grown in greenhouses and even given "hats" to prevent sunburn. (Photo: Flickr) 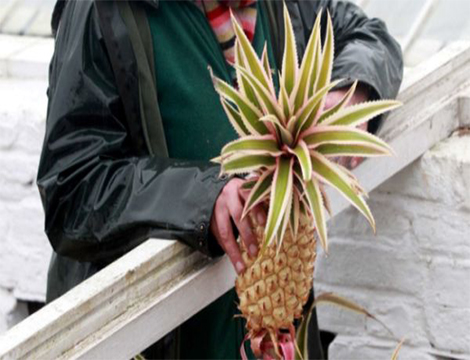 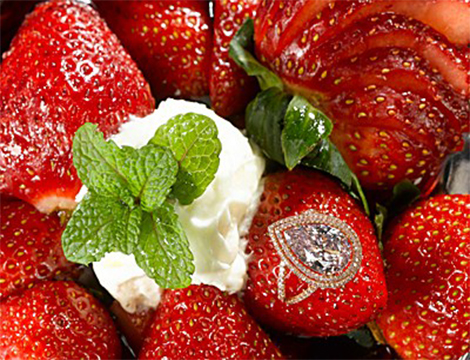 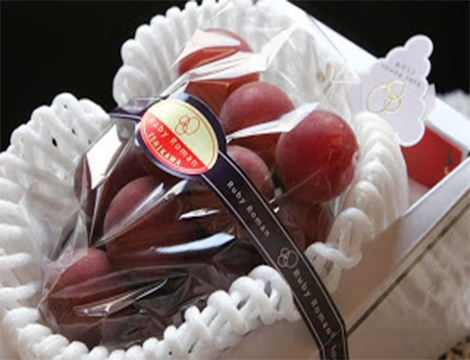 Why so expensive?: The world's most expensive grapes were sold at an auction in 2011 in (surprise!) Kanazawa, Japan. Each grape was about the size of a ping-pong ball, and, since there were 25 in the bunch, cost about $255. To be sold, the grapes must have a sugar content of around 18 percent and weigh 20 grams each. (Photo: Samshou) 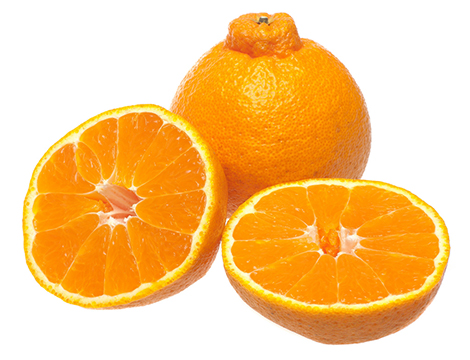 Why so expensive?: A hybrid of a mandarin and an orange, the Dekopon is rumored to be the most delicious citrus in the world. It looks like an orange, with the exception of a bump on the top, but is larger and sweeter. Until 2011—when the citrus made it's way to California and was renamed "Sumo"—the Dekopon was available only in Japan.  The LA Times writes that the seedless fruit has "a flesh that feels firm at the first bite but then melts in the mouth." (Photo: Flickr) 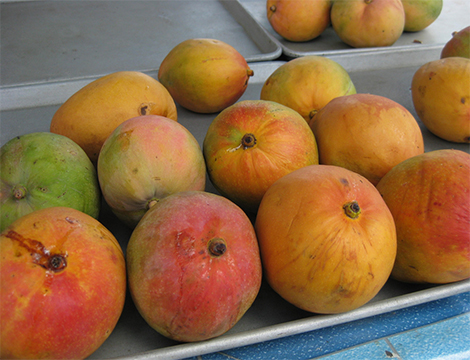 Why so expensive?: In 2012, a tray of 12 Northern Territory mangos sold for $50,000 at an auction in Sydney. The proceeds went to the Prostate Council Foundation of Australia, the Cancer Council of NSW, and OzHarvest. Australia produces a lot of mangoes—7.2 million trays in 2013/2014—so the fruit's sky-high price tag was most likely for charity's sake. (Photo: Flickr)

RELATED: The World's Most Expensive Cocktails

RELATED: The World's Most Expensive Pizza and Pasta