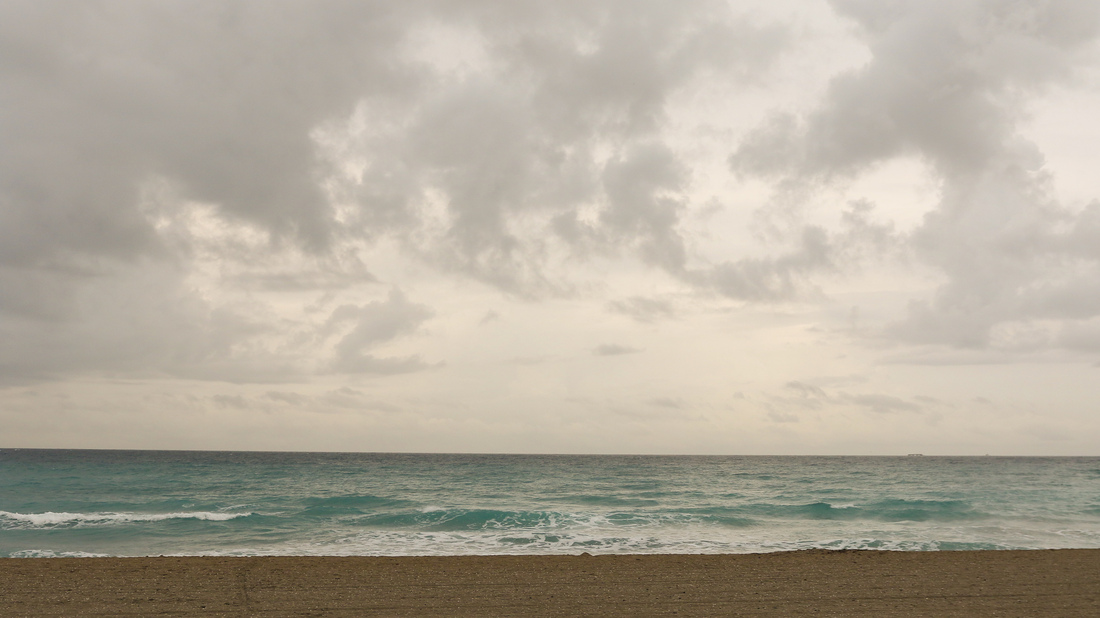 This is the story of a hoax that almost was. Its motivating force was a hunger for fame, or infamy, or whispered legend in a particularly American sort of way. It begins on a beach somewhere in south Florida.

Earlier this year, a test pressing (literally a test, for labels and artists to hear before ordering a full run of new record) of an unknown musician's record was put up for sale on Discogs, a resale website popular with collectors. Two days later that test pressing almost became, at a price tag of $18,000, the most expensive album ever sold on the site, besting a record set last year for a sublimely rare Prince piece which sold for $15,000.

The lightning-fast turnaround on this record-breaking sale, however, seems to have been a fiction woven by the record's creator. This morning, Discogs canceled the transaction. 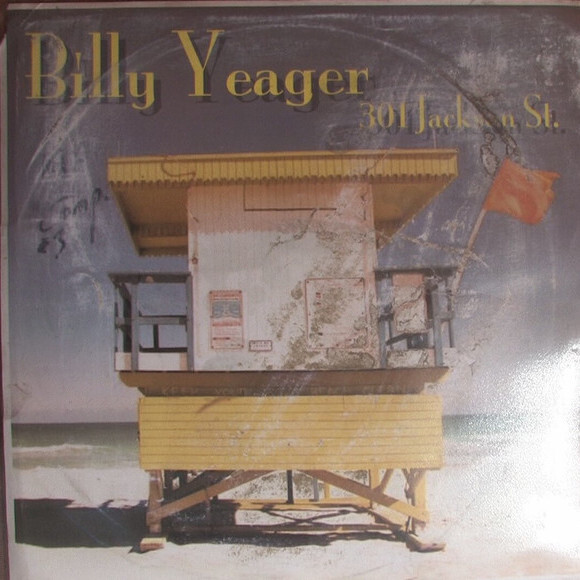 The album, called 301 Jackson St., was recorded by Billy Yeager, a Florida man who has pursued musical fame (or at least notoriety) for 37 years, by his own account. Despite a clear talent for guitar and a cosmically eccentric and dubiously effective knack for self-promotion, Yeager has been stymied repeatedly. The most eccentric — and ill-conceived — example of his promotional facility, bar none, came when Yeager spent two years planning and executing a hoax that would eventually convince a television station and a weekly paper to believe that he was Jimmy Story, the son of Jimi Hendrix, who was in possession of lost recordings from the psychedelic legend. To pull off the scam, Yeager dyed his skin brown. As The Miami Herald wrote in 1996:

Both the TV station and the newspaper were victims of an incredibly detailed hoax — including forged photos, signatures and birth certificate — that was two years in the making by itinerant surfer/musician Billy Yeager. He then called The Herald to claim, er, credit for the hoax, executed for attention.

Now, it seems clear that Yeager has attempted to perpetrate another hoax: He is, it seems, the seller who posted 301 Jackson St. on Discogs. He's also likely the buyer. Which means that $18,000 never changed hands and also raises the possibility that the test pressing of 301 Jackson St. does not exist at all.

Could this story get any weirder? As the Herald notes, the Jimmy Story hoax (you can see a picture of Yeager as Jimmy Story, with dyed brown-face, on his website — note that many-to-most of the clippings included in that image, such as a cover story from The New York Times, are clearly fake) began, as few things do, with Bruce Hornsby. (Yes, that Bruce Hornsby.) In 1990, the story goes, Hornsby heard a demo tape of Yeager's, liked what he heard and connected Yeager with Capitol Records, who gave Yeager a shot. It was the closest he would come to fame, but it cemented in Yeager's mind what he'd thought for some time: that he was destined for, perhaps owed, greatness. The catalyst Hornsby provided would become a source of obsession. As the Herald wrote, years after Hornsby's co-sign, Yeager was far from success, surviving "on odd jobs," living "in a cramped beach apartment with surfboards on the walls" with "a drawer jammed with hundreds of terse rejection letters from recording companies."

Embittered, Yeager began to plan the Jimmy Story bamboozle. After two years of preparation, Jimmy Story became a cover star. Less than two years after that, Yeager had assembled, roughshod and chaotic, a documentary about his life, with the Jimmy Story hoax as its centrifugal force. An excellent piece by John F. Stacey for the New Times Broward-Palm Beach, published in late 1997, chronicles Yeager's production of the film — Jimmy's Story — culled from many, many hours of tape. The film featured interviews with family members, including Bunny Yeager, a former Playboy model and photographer best known for helping to craft pin-up Betty Page's image. In his story Stacey percolates some useful insights:

In his movie, quotations from Scripture in voice-over frame this personal journey of trying to "make it" in biblical proportions akin to Job or Moses in the desert. This quixotic self-conceived struggle is what led to the creation of Jimmy Story.

A tumble down the rabbit hole of Yeager's life is quixotic indeed — relentless failures and his ceaseless drive to reverse them form a closed loop that only occasionally reaches out into the real world. Diving in, you realize quickly you are not in control here, like Alice chasing the rabbit. Like a dog chasing a car.

John F. Stacey says he stayed in touch with Yeager for years after he wrote that piece, but lost touch about a decade ago because, as he says, "he always wants something off of me." But the release of Jimmy's Story, which Stacey praised, drew the attention of a Spanish woman named Anais, who traveled to Florida and became Yeager's wife, Stacey says. After the pair married they began producing films like Jesus of Malibu and Sebastien Beach, One Fine Day, which attracted minor attention. Eventually, Yeager began experimenting with the web and the infinite possibilities it offers, to those with ample time on their hands, for invention, obfuscation and, most importantly, self-mythology.

But, true to form, Yeager didn't go about harnessing the web like most do — sharing and promoting his work and hoping it would draw eyeballs. For all his purported virtuosity and the ostensible existence of multiple recordings, his music is — besides grainy footage of Yeager shredding, tank-topped and beach-browned, in a backyard jam session — practically inaccessible in an age of ubiquitous access. Instead, Yeager created a murkier — possibly entirely fictional — network of identities with the purpose of propping himself up, like stilts under a sun-worn beach house. This network appears to be composed of publicists, managers, film producers and retailers of Yeager memorabilia — or what normal folks call items of sentimental value.

The trail of (quite arguably) collectible Yeager ephemera online forms another closed system of dubious worth, with Yeager at its center and pseudonymous retailers encircling him. Yeager-connected items can be found across eBay, YouTube, Discogs and Etsy, always priced exorbitantly. A surfboard once offered for $15,000 by a seller in Lake Worth, Fla. A recording by Yeager and bass god Jaco Pastorius for $99,000, offered by South Florida Collectables [sic]. A guitar that Yeager played in Jesus of Malibu for $250,000 from a shop named Vonweinberg (remember that name) in West Palm Beach, Fla. On YouTube, one of the few videos of Yeager playing — ably — is said to be for sale by "South Florida Collectibles."

On Discogs, the user who attempted to sell 301 Jackson St. and nearly broke the site's record under the name "southflamusic" has several other Yeager records for sale, none priced less than $3,200. (Asked about the pricing of Yeager's records, Dave Thompson, the editor of price guides for the music collector's magazine Goldmine, told NPR, "All it comes down to is: How badly does someone want it, and can they afford to buy it? The question I cannot answer is… why?")

Reached over email, "southflamusic" responded using the name "Al Sharpton," a pseudonym they said was meant to protect their business interests. Asked how they acquired their copy of 301 Jackson St., Sharpton responded: "I can't say." Asked what the record sounded like and how, given Yeager's mercurial anonymity, they had arrived at these prices, Sharpton responded with over 600 words about Yeager's life. Here's a selection:

it is totally original, think for a moment that he is a guitar player, and consider Bruce Hornsby is a piano player, what would make him want to help Billy? Yeager is a genius, there is not one single artist on the planet that can do what he does, not even Mozart.

Your next question is yes it is expensive, you should know that famous artists albums are a dime a dozen, there is not hardly any of Billy's records on-line, take any, ANY obscure artist and look them up on discogs, I bet you find over 600 to 1000 albums listed for sale, I know, Billy's records are rare.

Yeager's life story will also probably become a major feature film, I have heard that one is in the works […] as I said, you should watch the film, and a tip for you…. if you are covering just a story about the album on discogs, you are making a mistake, leaving a big story to someone else is foolish, word to the wise, invest your time

Asked for a phone call, Sharpton responded that they were "in the middle of talks all day with some business." Sharpton did not respond at press time when asked point-blank if they were in fact Billy Yeager.

Discogs, which initially notified NPR of the record-breaking sale of 301 Jackson St., says they verify sales of this magnitude by making sure each side of the transaction has no complaints following the transaction's completion. (In this case, the mailing of a physical check.) However, in this case an employee named Aaron Marquez, a community engagement specialist, thought something seemed fishy. (As did NPR, when we began investigating Yeager's life.)

The company canceled the sale as of this morning, but not before reporting about the record-breaking transaction began to make its way across the Internet. In a statement on the transaction's cancellation, founder and CEO Kevin Lewandowski writes: "Discogs' mission will continue to be built on the love of music, not the duplicitous nature of the hustle."

The press contact Yeager lists on his site — Chris Von Weinberg, who is also listed as the writer, producer and director of a recent documentary about Yeager and who has no other film credits on iMDB — did not respond to a request for an interview. That's because Von Weinberg is Yeager, says John F. Stacey. "Chris Von Weinberg. That's Billy. As he's migrated onto the Internet he's created all these fake identities."

Once, when young Billy accompanied his dad to a meeting about a potential record deal as a country artist, he was amazed how Ray suddenly adopted a hillbilly drawl and bumbling demeanor. It isn't hard to see where the younger Yeager might have picked up his penchant for affecting voices, for impersonating his own manager on the phone, for all the compulsive artifice that has overshadowed his music for so long.

Everything about this tale points to Yeager having bought his own unknown record from himself, short of Yeager actually admitting it. But to what end? Likely the one you're reading. What comes after this, Yeager's latest arguable success (however fleetingly, he held a sales record over Prince — more than most can hope for, at least) might be a form of infamy that he could, for once, be satisfied with. But this is a man more interested in the chase than in the catching. The story of Billy Yeager is one of purposeless obfuscation. Yeager told Stacey he should be playing stadiums, not local bars. But anyone in a stadium, their fame achieved, has played a bar once in their life.

Yeager, for all the belief he has in his promise and his failures expressing it, has repeatedly poured more of his creative energy into being a trickster-booster than he has an artist. If that art does indeed exist, we'll probably never hear it at a price we're willing to pay.