He began doing experiments himself here and there, occasionally bugging a researcher in his lab for help with analysis. "They all thought it was a bit cuckoo," says Ramalho-Santos. It wasn't until Michelle Percharde joined the lab as a postdoc that he finally found someone to take on the LINE1 project in earnest. "I think I got strange looks from the rest of the lab," Percharde recalled to me with a laugh.

But the experiments started to pay off. Crucially, Ramalho-Santos and Percharde figured out how to turn LINE1 off in mouse embryos. DNA stores the code of life, but to read it, cells have to first transcribe the DNA sequence into a related molecule called RNA. When the team neutralized LINE1 RNA, the embryos got stuck in the two-cell stage, right after a fertilized egg has first split. Without LINE1, embryos essentially stopped developing.

Ramalho-Santos thinks that LINE1 RNA particles act as molecular "glue," bringing together a suite of molecules that switch off the two-cell stage and kick it into the next phase of development. In particular, it turns off a gene called Dux, which is active in the two-cell stage.

Over the past few years, other research groups have stumbled upon hints of LINE1's functions. They've uncovered possible roles in early mouse embryos and in brain cells. But they've never quite established a solid case for LINE1's functions. "Until really recently, this search has been elusive. I think this is something we've all been waiting for," says Wenfeng An, a LINE1 researcher at South Dakota State University. "It's a groundbreaking study."

LINE1's ability to copy itself, however, seems to have nothing to do with its role in embryonic development. When Percharde specifically blocked LINE1 from inserting itself into the genome, the embryonic stem cells looked fine. It's possible that cells in embryos have a way of making LINE1 RNA while also preventing its potentially harmful "jumping" around in the genome. But it's unlikely that every one of the thousands of copies of LINE1 is actually being used to regulate embryonic development.

The obvious next step is to study LINE1 in human cells, where it makes up 17 percent of the genome. There are differences between mice and humans, but LINE1 is abundant in the genomes of almost all mammals. Other transposons—also once considered junk DNA—have turned out to have critical roles in development in human cells too. "There's a lot of treasure in the junk," says Joanna Wysocka, a developmental biologist at Stanford, who has also studied LINE1.

And if nothing else, Ramalho-Santos may now have an easier time of convincing students to study his favorite, underappreciated DNA segment. 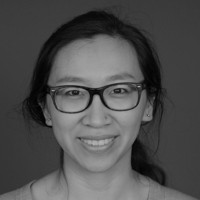 Sarah Zhang is a staff writer at The Atlantic.