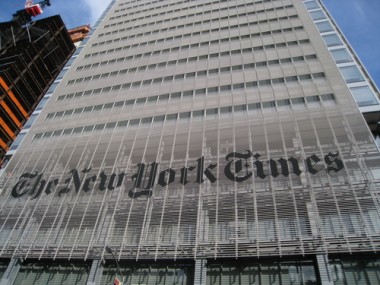 The New York Times’ time with About.com may be coming to an end. The paper has been looking to get rid of the struggling Web site, which produces high-volume, low-cost content, and has a deal in place to sell it to Answers.com.

The question-and-answers site has signed a letter of intent to buy About for $270 million, according to people familiar with the transaction.

The deal hasn’t closed yet, and I’m told that Answers’ backers — PE firms Summit Partners and TA Associates — are trying to line up financing.

The Times bought About, the precursor to “content farms” like Demand Media, for $410 million in 2005. Last year, About CEO Cella Irvine left the company following a string of lousy quarters, but About’s performance has yet to improve.

Last month, the Times took a $195 million goodwill write-down on the unit, which is largely dependent on search traffic from Google.

“While About is gaining momentum in its turnaround efforts, and we expect to build on that progress in the second half of the year, we have reduced our long-term display growth and profitability assumptions for the group,” Times CFO James Follo told investors.