The fact that Nintendo's next video game machine, the Switch, is built for single-screen gaming is a dark lining on a silver cloud.

The Switch should be great, and it's a Nintendo system worth being excited about. It will make home console games portable, letting users choose between outputting a game's graphics on their TV or onto the screen on the Switch's wireless, handheld core. It will also increase the creative output at Nintendo, whose designers have released relatively few games during the Wii U and 3DS' current twilight years. 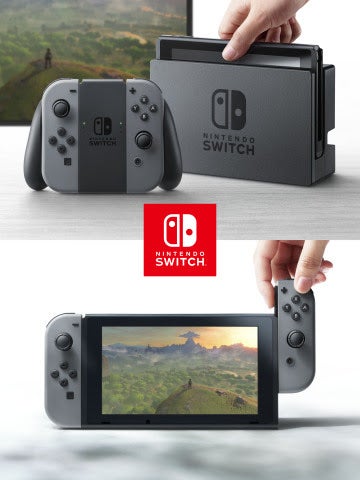 The Switch will nevertheless move Nintendo away from two-screen game design, a format the publisher's developers have used with great success for more than a decade across three of its last four major gaming devices.

The current Nintendo home console, Wii U, can display graphics on a TV and on its controller at the same time. The portable 3DS, like the DS before it, displays graphics on both screens of its clamshell frame. Not the Switch.

"Nintendo Switch is dedicated to deliver a single-screen experience, on whatever screen you might choose," a company rep told a Kotaku in a statement e-mailed last week, confirming that it has no two-screen option.

As a successor to Wii U and possibly to the 3DS, the Switch could leave Nintendo and gamers without an actively-supported two screen gaming option. That'd be a shame.

Two-screen gaming, as most users of Nintendo platforms for the last 12 years would know, has often been great. It's not always been necessary, and the concept showed its limits on the Wii U console, but it has been wielded by a decade's worth of game and hardware designers to make gaming better.

Luigi's Mansion Dark Moon on the 3DS put the action on the top screen and a map on the lower screen.

One player. One game. Two screens. It seemed like a superfluous idea when Nintendo released its first major dual screen platform, the DS, in 2004. But it had benefits, especially on a portable where screens were relatively tiny.

A second screen let players see a map or inventory on one screen while the game's main action unfolded on the other. It let players see two camera angles in a game at once. It let a lower screen, one that was touch-sensitive, display a custom set of virtual buttons, functioning as the ultimate customizable controller.

Two-screen gaming saved space. That was crucial for portable gaming. In the 1980s, Nintendo used the dual screen concept it in its small line of Game & Watch portables, putting one screen on each half of a hinged clamshell unit. The company replicated that design a quarter century later with the DS so that a double-decker playing field could be collapsed into something pocket-sized. Nintendo's hardware engineers exploited this idea magnificently.

Nintendo's largest two-screen portable, the 3DS XL, fits in a rear pants pocket but can be opened up to provide a large two-screen display. Compare the amount of screen space on a PlayStation Vita and a 3DS XL, two systems of early identical dimensions when the latter is folded up. The 3DS has much more screen space when unfolded:

If the Switch truly is to serve as Nintendo's next portable gaming machine, it'll be the biggest one Nintendo has ever made. Its single screen doesn't fold. It may be portable, but using a one-screen concept, it won't be a pocket system. 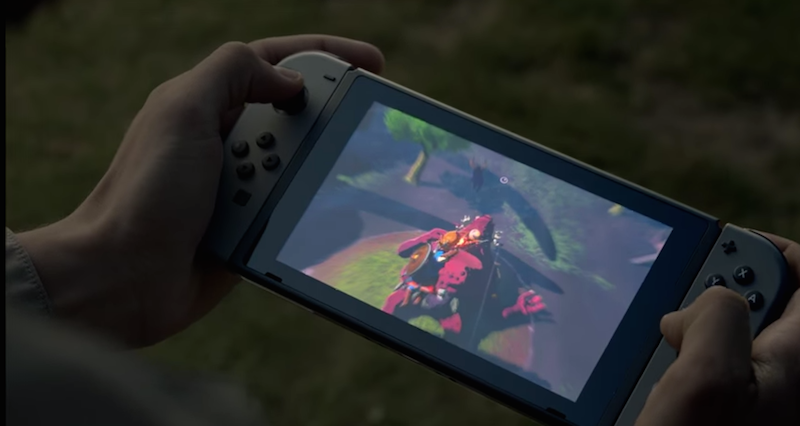 On the DS, the creators of the mental exercise program Brain Age and detective mystery Hotel Dusk turned the concept of stacked screens on its side for so-called book-style display.

Hotel Dusk, a book-style two-screen game on the Nintendo DS.

Other creators used two screens as one vertical screen. That showed up on numerous DS and 3DS games, including 2006's Yoshi's Island DS and even in the early looks we've seen of one of the only upcoming announced Nintendo 3DS games, the new side-scrolling Pikmin.

Even better, the designers of 2013's Mario & Luigi: Dream Team combined those two-screen twists for the most dramatic moments of their role-playing game. Dream Team usually just showed the game's action on its upper screen, but for its most dramatic battles had players rotate the 3DS 90 degrees and play those fights in dramatic dual-screen widescreen.

You can see Dream Team's combo of book-style and combined screen graphicsin this video (jump to about 3:20 in):

Dual-screen gaming worked best on Nintendo's portable systems but faltered on the Wii U home console, which is likely what did the concept in for the Switch. Two screen gaming isn't great when the user can't easily observe both screens. That was the Wii U's problem. Players could rarely see the screen in their controller and their TV screen at the same time, making it too easy to miss what was happening in one screen or the other. 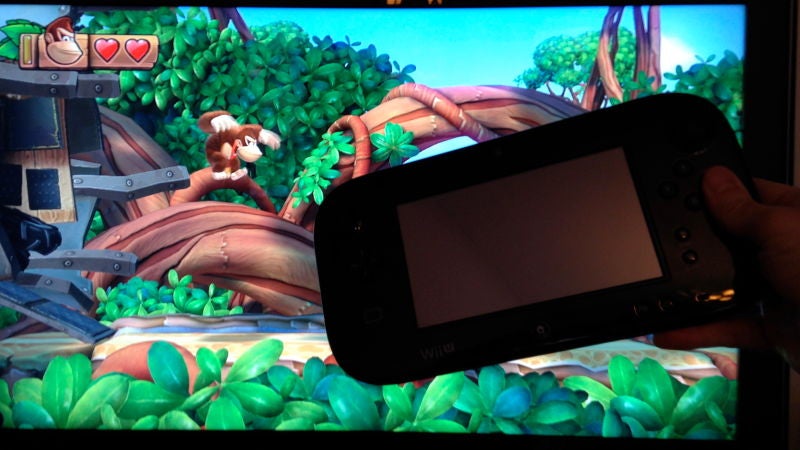 Donkey Kong Country Tropical Freeze, a Wii U game that runs on one screen.

Arguably, only the Wii U game ZombiU used the player's split attention across split screens to anyone's benefit. In that game, the player could rummage through the inventory of a backpack represented on GamePad screen but then might not see that zombies were attacking their character on the TV.

ZombiU, one the best uses of two-screen gaming on the Wii U.

The Wii U was at least a stab at two-screen gaming for a home console, and its legacy might be that it proved it wasn't a great idea for that scenario. The most ambitious dual-screen home console game Nintendo created was Star Fox Zero, a sci-fi jet-flying game that depicted a vital exterior view on the TV and an equally useful cockpit view on the GamePad. It was also the least comfortable Wii U game to play. Wii U breakout hit Splatoon used the controller screen to show the game's map, but given Splatoon's prominence in the new Switch video, it doesn't seem like Nintendo is worried about presenting the game on a single-screen system. 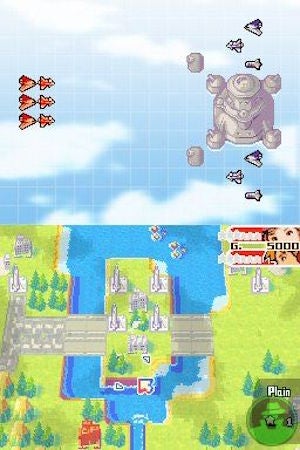 There is a chance that this article is premature and that dual-screen gaming isn't dying. Nintendo hasn't said that the Switch is ending its separate handheld line. They announced the system as a "home" console, giving themselves an out to continue a separate portable line that could still use two screens. It's just hard to imagine that Nintendo would try to sell people the Switch as a portable gaming device and then try to sell them a new dual-screen gaming device as well. Time will tell.

The loss of dual-screen gaming, should it happen as a price for the creation of the Switch, will be a trade-off. It would end the run of compact Nintendo portables and reduce the ability for upcoming Nintendo devices to play the best two-screen games from the DS, 3DS and Wii U libraries. The single-screen Switch could nevertheless inspire game designers on Nintendo platforms to craft games for a new concept, one that allows a game to be displayed big or small, played from across the room on a couch or in the palms on one's hands, as a home game or as a mobile game. That could inspire great new games, but some of us will still miss that quirky set-up since 2004, when some of our favorite games spread across two screens.