Then the chief technology officer of Vertex Pharmaceuticals Inc., Murcko was a pioneer. It's rare for a scientist to bring even a single drug to market over the span of a career. Murcko helped find five, including treatments for hepatitis C and HIV. The success that he and Vertex enjoyed was grounded in a seemingly simple idea: Understanding the physical structure of proteins that cause disease is the key to making drugs that work.

Unraveling how diseased proteins are constructed made Vertex, founded in 1989, into one of the largest biotechnology companies in the world. It also helped upend pharmaceutical research. In the past, discovering new drugs was largely an exercise in trial and error, and the methods that Murcko and Vertex used made identifying new medicines a more rational process.

Proteins, including those that contribute to disease, are in constant flux, transforming rapidly. Murcko believed if researchers could better understand that motion, they could more accurately predict where a drug would bind to a molecule, a breakthrough that could make finding new medicines faster and more predictable.

The research he and other drug hunters used was based on three-dimensional renderings of the shape of proteins. To make the visualizations, scientists transform proteins into crystals that resemble jewels or shards of glass when viewed under a microscope. Researchers then X-ray the crystallized molecule, and from the pattern of scattered light are able to extrapolate its structure. 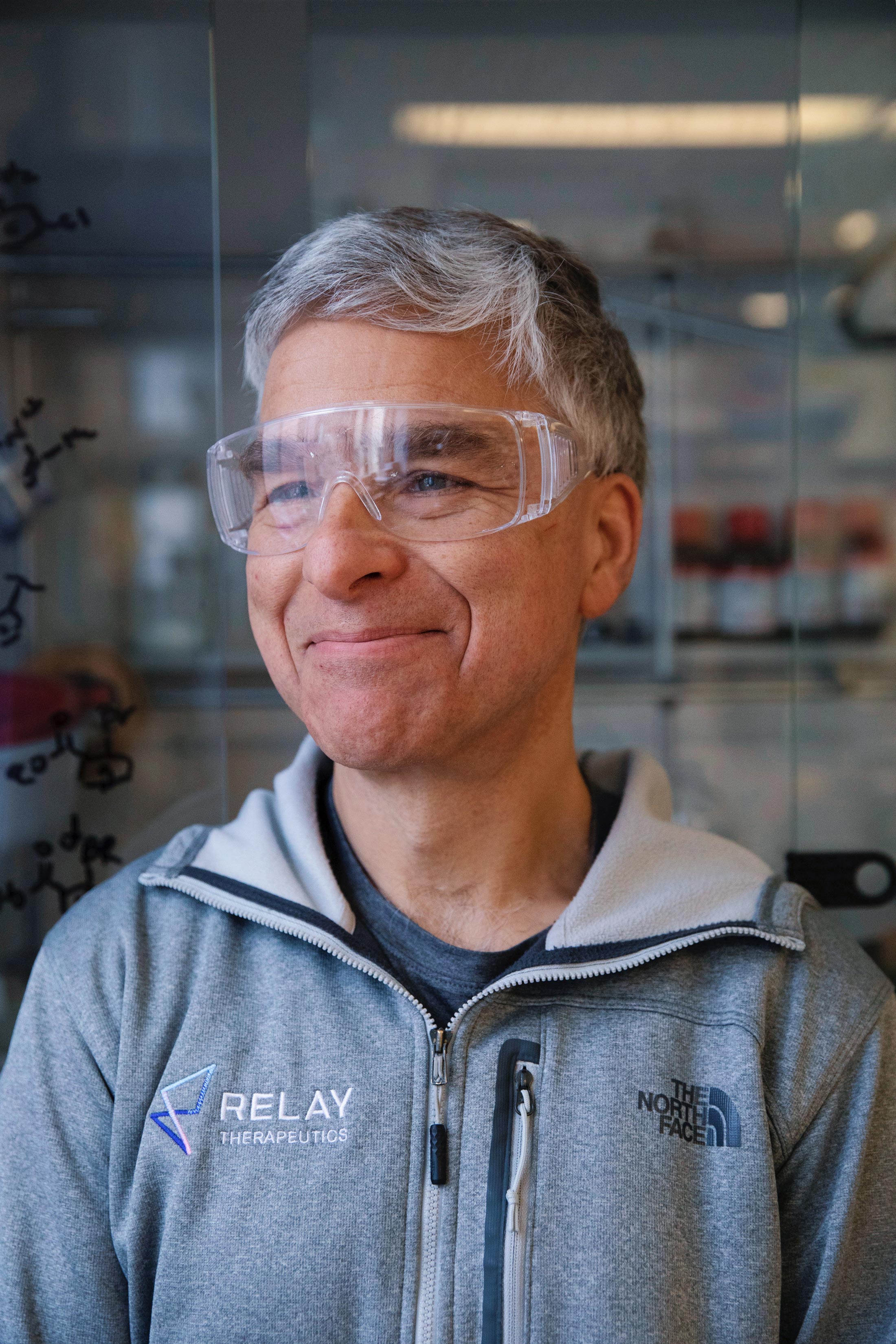 The problem was that in order to model a protein's motion, Murcko needed computing power nobody had—machines that would be orders of magnitude more powerful than anything that was then available.

"I actually spent a lot of time that year really looking at the problem, not from a theoretical standpoint but from a very pragmatic standpoint," said Murcko, who is also a senior lecturer in biological engineering at the Massachusetts Institute of Technology. "The question was, are the tools available to science at the time good enough to enable you to really understand protein motion? My conclusion in 2008 was no."

Several years later, however, that would change, thanks to one of Wall Street's storied quants.

David E. Shaw is one of the most successful hedge fund managers of all time, a mathematical genius whose quantitative approach to investing, much like that of contemporary James Simons of Renaissance Technologies LLC, helped revolutionize the once-staid business of balancing the financial risks faced by his wealthy clients. The investment firm he founded in 1988, D.E. Shaw & Co., manages more than $47 billion today.

Shaw left behind daily management of his fund firm in 2001. Then just 50 years old, Shaw, who earned a doctorate in computer science from Stanford University in 1980, returned to his academic roots. Instead of receding into a comfortable retirement, he resumed his affiliation with Columbia University and founded D.E. Shaw Research, serving as the chief scientist at a company dedicated to investigating molecular dynamics.

The former star money manager had built a second career as a world-renowned computational biologist. In 2014, Shaw was elected to the National Academy of Sciences, an honor shared by Albert Einstein, J. Robert Oppenheimer and Robert Langer, a professor of chemical engineering at MIT and a revered figure in the biotechnology industry.

Shaw was keenly attuned to the puzzle vexing Murcko.

Before his research group began work in 2002, the longest molecular simulation that had ever been run was 10 microseconds—10 millionths of a second. To observe proteins changing, Shaw's group would need to run a simulation that could last exponentially longer than existing technology would allow. 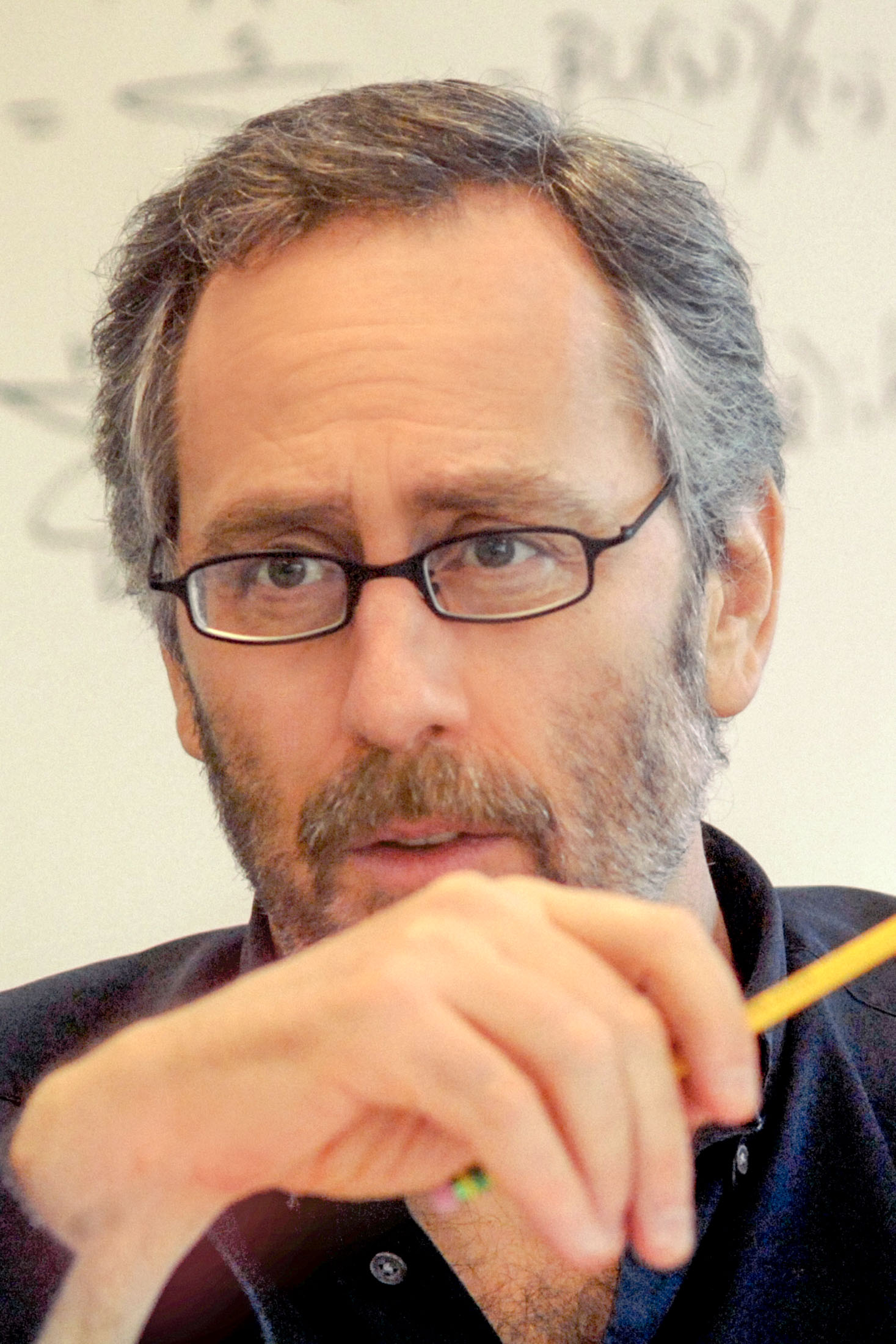 It was a towering computing problem. Such a simulation would be "well beyond the capability of an ordinary general purpose supercomputer, even the fastest ones in the world," Shaw said in a 2016 lecture at the Biophysical Society, an international scientific organization based in the U.S.

To achieve longer simulations, Shaw's group would have to build its own supercomputer. The machine they constructed, christened Anton in honor of the 17th century Dutch scientist Anton van Leeuwenhoek, the first person to view bacteria under a microscope, is a so-called massively parallel supercomputer. Built in 2008, Anton is used exclusively for simulations of proteins and other molecules. A successor, Anton II, built in 2013, was at the time 180 times faster than the fastest general-purpose supercomputer, in part because it was designed for a singular purpose.

"It's not that we're smarter than those supercomputer designers," Shaw said in the speech to the biophysics group. "We just have the luxury of designing for one particular thing."

The journey toward modeling the motion of protein molecules began more than 100 years ago, converging with some of the most significant scientific advances in medical history.

In 1915, a father-and-son team in England, William Bragg and W. Lawrence Bragg, won the Nobel Prize in Physics for their invention of a technique that used X-rays to research the structure of crystals. The discovery, which came to be known as Bragg's law, helped explain the relationship between X-ray light moving through a crystal and its reflection off the crystal's surface, and is used by drug researchers today to understand the structure of proteins.

W. Lawrence Bragg, just 25 years old when the Nobel was awarded, received the honor while serving as a British military officer in France during World War I. Years later, a young expatriate from Nazi-occupied Vienna, Max Perutz, worked as a research assistant in Bragg's Cambridge University lab. Perutz would share the Nobel Prize in Chemistry in 1962 with John Kendrew for research into the structure of hemoglobin, a protein in red blood cells. The same year, James Watson, Francis Crick and Maurice Wilkins won the Nobel Prize in Physiology or Medicine for their discovery of DNA's double-helix shape.

Gaining understanding of how proteins move would unite important arcs of discovery at the start of what some scientists have begun to call "the biological century," joining vast leaps in medical science with physicists' increasingly sophisticated understanding of motion and the fast-growing power of computers.

"For me, it's not a question of if, it's a question of when," said Krishna Yeshwant, general partner at GV, the venture-capital arm of technology giant Alphabet Inc. "There's an ongoing holy grail: Can you simulate and predict molecular movement and molecular dynamics?"

Technological advances are speeding up the pace of medical innovation and driving down costs. For example, the Human Genome Project took about 13 years to complete and cost roughly $2.7 billion. Now, a genomic sequence of comparable quality can cost only about $1,000.

Shaw and Murcko hope computation can unlock the secrets of proteins and open a new pathway to develop medicines. While not all diseases are likely to benefit from the approach, it could be an important advance against diseases for which there are no approved drugs.

"Even if we just look at the protein landscape, less than 5 percent of the proteins that humans have have been drugged," said John Lazo, a professor at the University of Virginia School of Medicine. "There's a vast number of potential targets that have been untouched."

Lazo said such targets exist in areas that include cancer, dementia, infectious diseases and rare conditions. To be sure, many diseases, such as certain types of cancer, or Alzheimer's, probably have several contributing factors, meaning it's unlikely that any one drug could be a cure-all. Still, as researchers continue to better understand the underlying biology, he believes it's all but certain that drug development will improve. 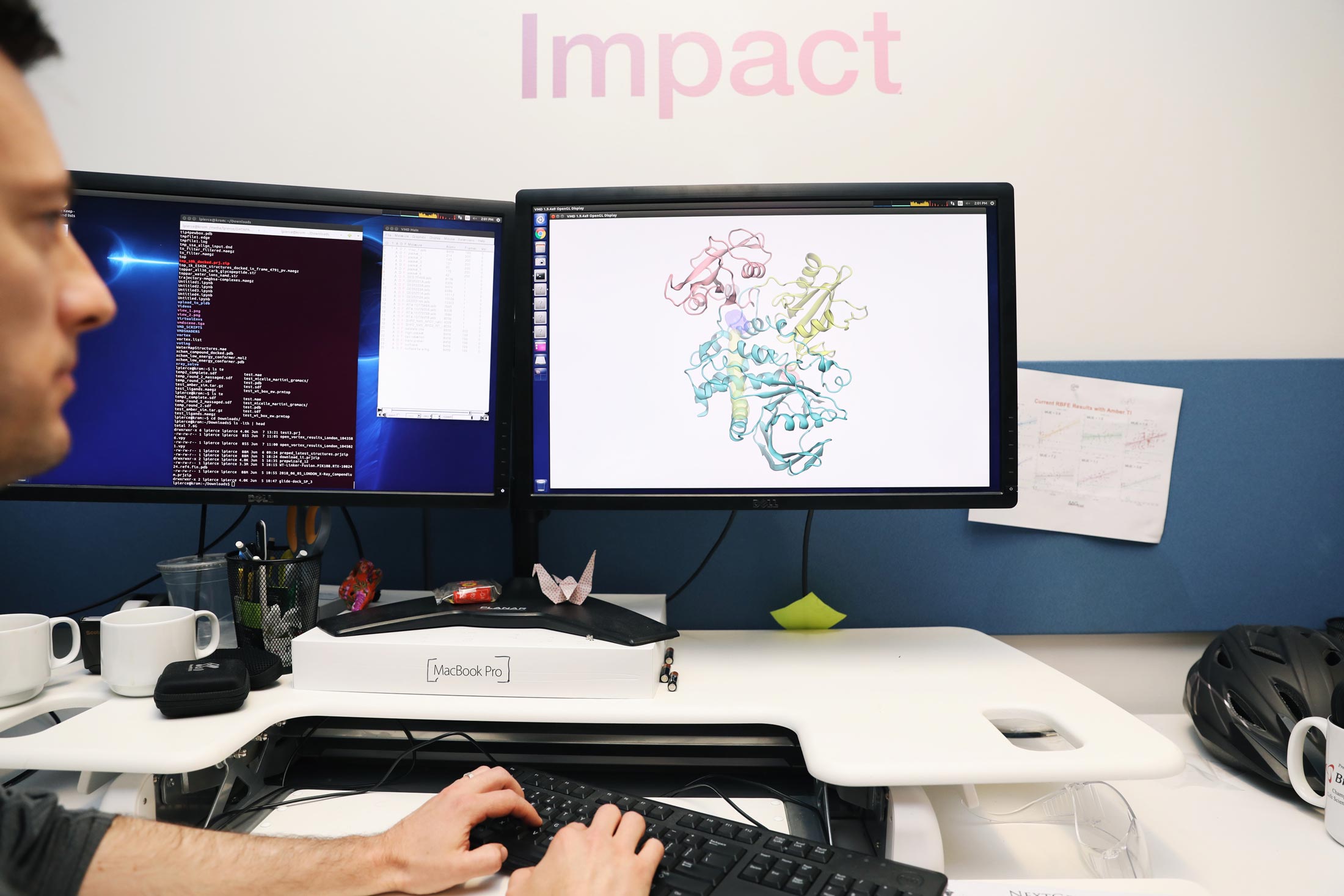 Some of the most powerful computers ever built are being used by Relay to develop drugs. Above, scientists view a model of the motion of a protein molecule.

In October 2014, Murcko, who had left Vertex and was thinking about what to do next, met in Bar Harbor, Maine, with Alexis Borisy and Craig Muir from Boston- and San Francisco-based Third Rock Ventures, an investment fund that has backed some heralded biotech startups, including Editas Medicine Inc., Bluebird Bio Inc. and others. Like Murcko, they'd wondered how to untangle molecular motion.

Gathered around a lit fireplace, with a pine-dotted coastal New England landscape outside the window, the three men began to talk.

"We were just bouncing around ideas. Craig was talking about his fascination with this type of space. Mark Murcko said, 'You know, look, this is what I always wanted to do going back decades in Vertex,' and it just wasn't possible to be done yet," Borisy said.

Experimental techniques had also improved in the intervening years. For instance, scientists can now capture proteins' structures at room temperature, rather than at freezing, where any movement would be limited.

Murcko, the Third Rock executives and others in the drug industry had been closely watching the work Shaw was doing after he left the financial world. The former money manager had published several scientific papers that generated a high degree of interest. The group approached Shaw about potentially collaborating.

Nearly two years later, in September 2016, Relay Therapeutics was founded by Shaw and his research group; Murcko; Matthew Jacobson, professor and chairman of the department of pharmaceutical chemistry at the University of California, San Francisco; and Dorothee Kern, a professor of biochemistry at Brandeis University and an investigator at the Howard Hughes Medical Institute. 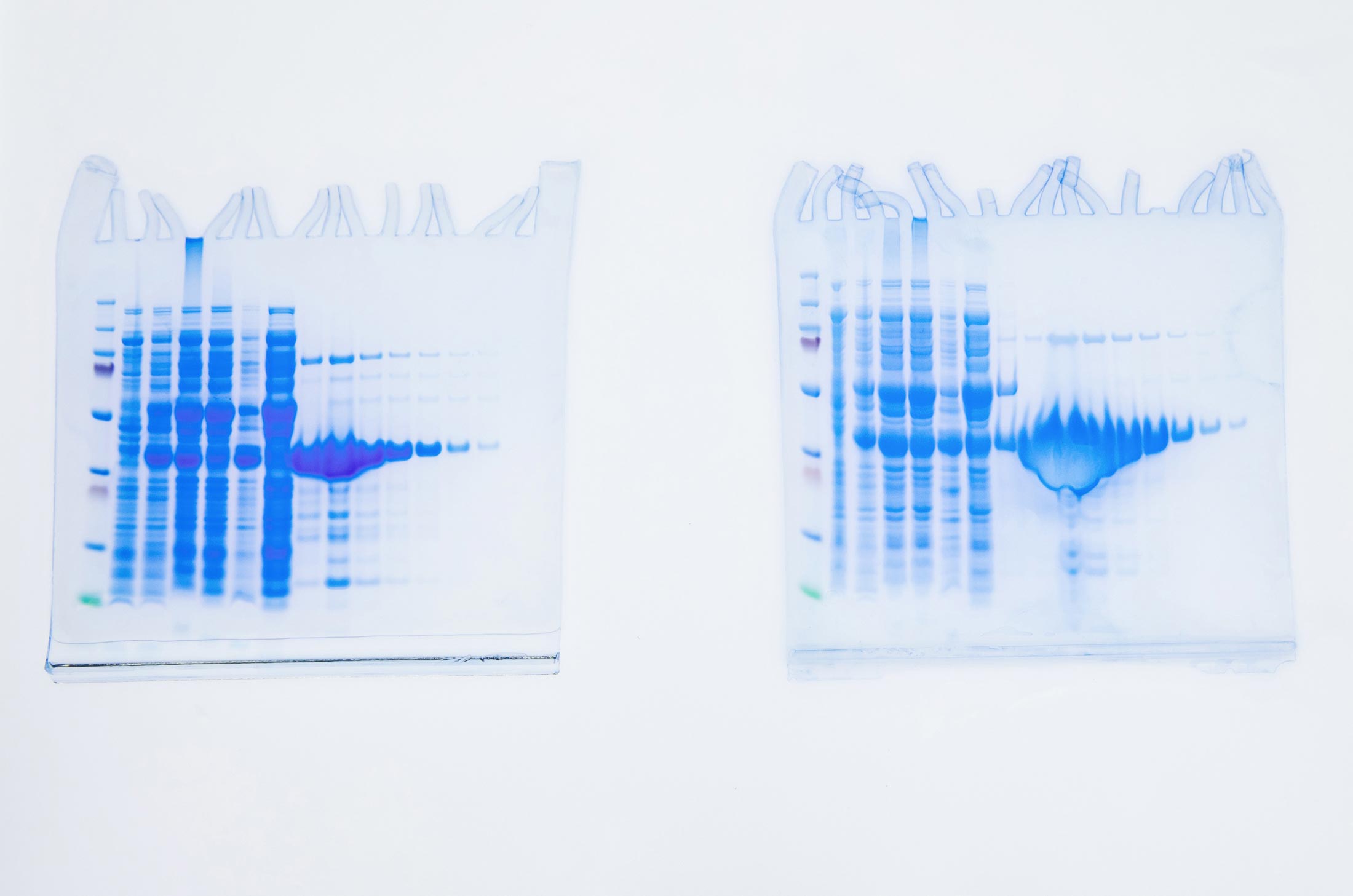 Relay is combining computing with cutting-edge laboratory techniques. Machines predict a protein's movements, which are then validated through experiments.

In cramped offices in Cambridge, medicinal chemists, structural biologists and computational researchers are developing Relay's protein models. Working from three-dimensional X-rays, the computational experts make predictions as to how the molecules might move, which are validated in the lab. Then they use algorithms to match up chemicals to bind with the molecules and see how those drugs would be affected by the protein's motion. Chemists make the compounds, and biologists test them.

It's a marriage of cutting-edge experimental techniques and computation that is unlike the research departments of larger companies, and it has investors excited. So far, the company has raised $120 million in funding, including investments from Third Rock, GV and Section 32, a venture-capital firm started by Bill Maris, founder of Google Ventures.

Relay hopes to design its first drugs to treat cancer. The company, which is closely held, won't give any details about the compounds that its process has yielded, or how many drug candidates it has so far. However, it hopes to begin its first clinical trials next year. The timeline that Relay envisions, if it succeeds, would shave years off the typical drug-discovery process.

For Murcko, the technology built by Shaw and his research firm has made a real possibility of something that he and others in the pharmaceutical field have long dreamed of.

He isn't alone. UVA professor Lazo, who isn't affiliated with Relay, also believes that advances in computation and experimental techniques will mean that researchers will one day be able to find drugs for ailments that currently have none.

"It's a really interesting time in drug discovery," Lazo said. "This is not rocket science. It's harder than that."