But also: Really take them. Because they're a feature, Traister suggested, not a bug. "The fact that there is cacophony within feminism," she pointed out, "is part of what has permitted it to grow. The fights that have been had have pushed it into the future, have allowed it to not wither and die and become something that is trapped in amber somewhere."

Tarana Burke, the founder of the #MeToo movement, agreed. "In some ways," Burke said, "sexual violence—which is what we're dealing, obviously, around the #metoo movement—is a great unifier, right, because it crosses every demographic that you could possible name. Nobody is left out." And yet: #MeToo has been portrayed, often, as a house divided. Not only because of debates about due process and undue outrage, but also for more specific points of disagreement. Burke wore fur to her appearance leading the countdown to the New York City ball-drop this past New Year's Eve; people told her they couldn't support her, or the movement she founded, because of animal rights.

"It feels like people are always figuring out how to opt out," Burke noted.

And the media, often, are helping them along—through portrayals of feminism in general, and #MeToo in particular, that emphasize difference and strife and the clawing of cats. "Whenever we talk about the division," Traister noted, "we don't talk about it as helpful, as salutary, as an expansion of our thinking. We talk about it as though the division itself is the harm, is problematic." Debate is healthy; debate is necessary; debate is American; those democratic truisms, however, haven't always translated to discussions of American feminism. Which is a failure not merely of discourse, but of progress. "We have work to do," Burke put it, "and if we continue to have these small problems, we lose this bigger thing. ​​​​​​" 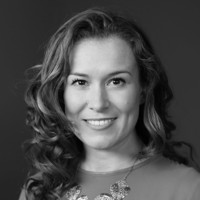 Megan Garber is a staff writer at The Atlantic, covering culture.