Susan Kare's icons and fonts for the original Macintosh were revolutionary. They gave a lifeless computer a warmth and personality that lives on in the modern Mac to this day.

This month Susan Kare was awarded an AIGA medal, putting her in the company of design greats like Paul Rand, Charles and Ray Eames, Milton Glaser and Saul Steinberg.

The AIGA award celebrates a career spent searching for the right amount of simplicity and abstraction. Too much, and the design loses all meaning. Too little and the audience can no longer see themselves in it. Her most iconic designs (many of which now hang in the Museum of Modern Art) found the perfect balance between these two extremes. 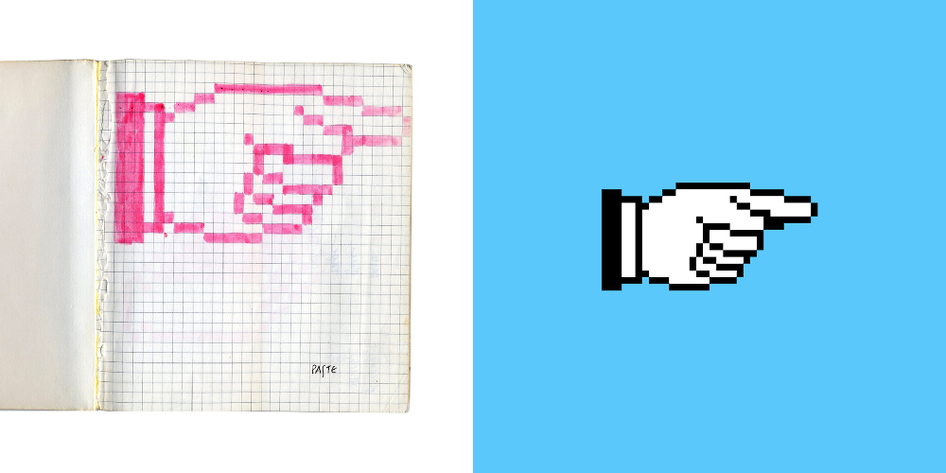 "It's easy to forget how rudimentary the tools were. When I got to Apple at first I was still working on paper. If I got some graph paper I could make small images out of the squares and transfer those onto the computer screen." 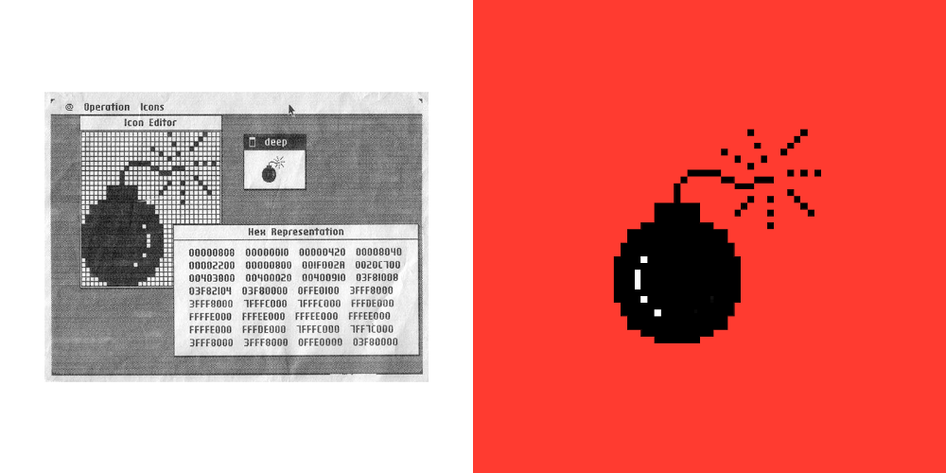 "Andy Herzfeld wrote an icon editor and that let you see magnified what you were working on and also as you turned the bits on and off you could see it real size. It was a huge asset that it automatically generated the hex values because before that I was taught how to look at each group of four pixels and write down each of those hexadecimal numbers. I made this one [the bomb] really irreverent because I was told 'nobody will ever see this icon!'" 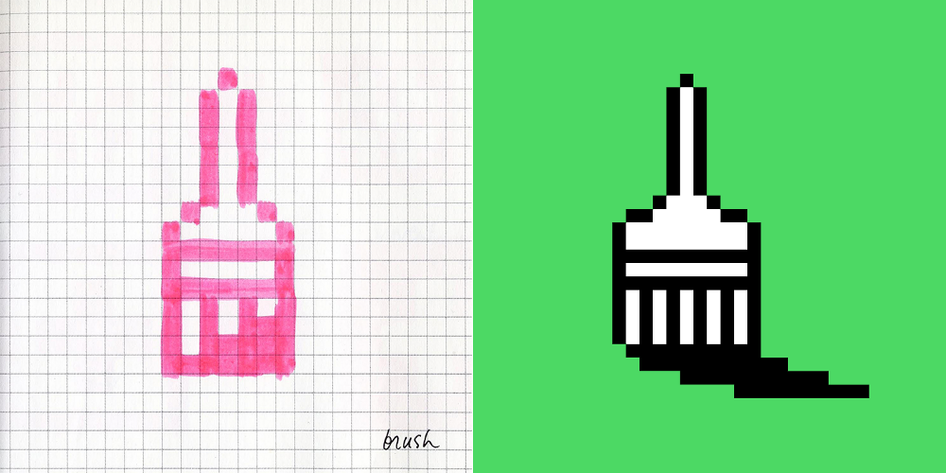 "Simple images can communicate with wide audiences over time. Icon design is like solving a puzzle, trying to marry an image and idea that, ideally, will be easy for people to understand and remember." 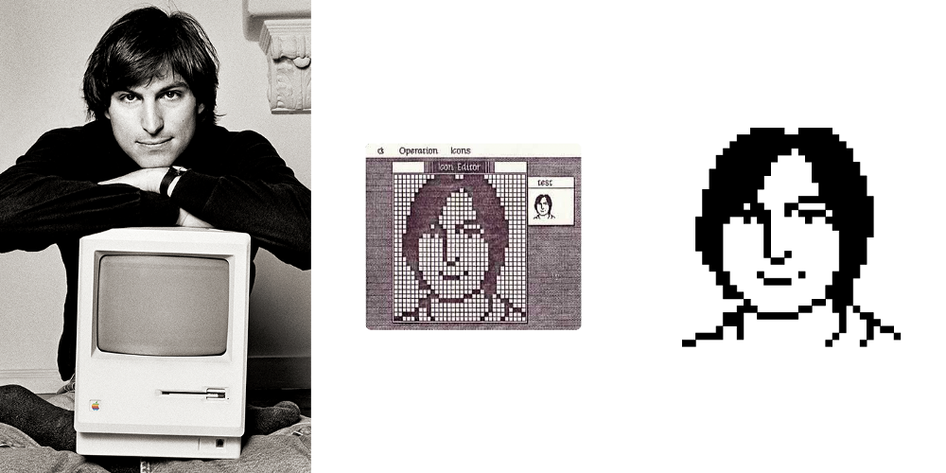 "I learned a lot about the cumulative value of attention to detail from Steve [Jobs], and about pushing the limits of a medium. I still think about his philosophy of not showing too much information at once and the value of simplicity in visual messaging." 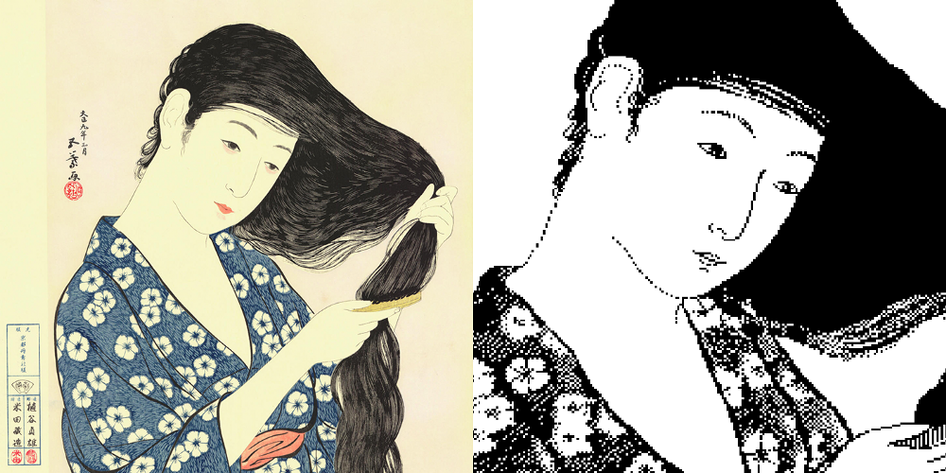 This Japanese woodcut by Goyo Hashiguchi was owned by Steve Jobs. The image on the right was used in promotional material for MacPaint. 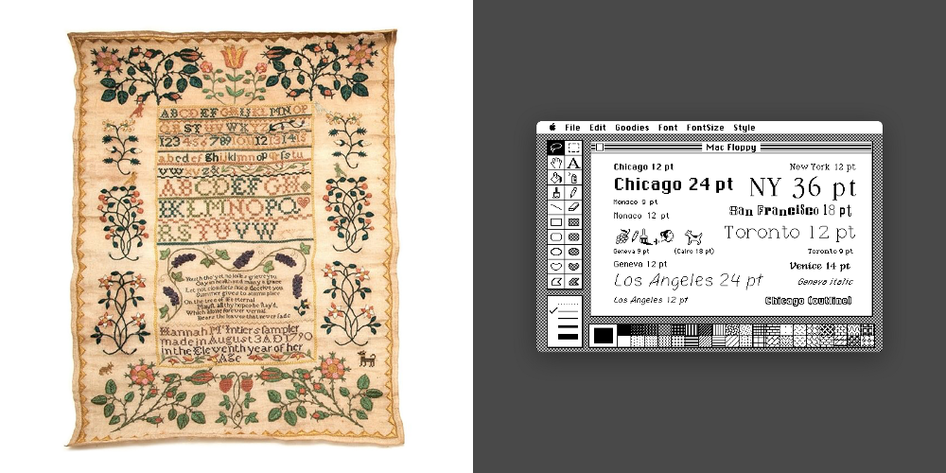 "Bitmap graphics are like mosaics and needlepoint and other pseudo-digital art forms, all of which I had practiced before going to Apple. 'I used to say if you like needlework, you'll love bitmap design!' because it really is analogous." 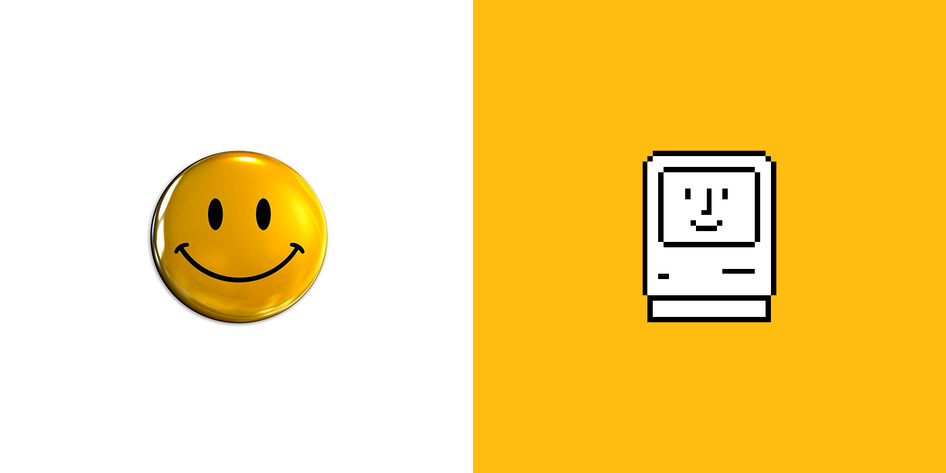 "The happy Mac came from my love at 14 years old of those buttons with the smiley face. We had permission to be friendly. That was part of the brief. I love to make things friendly and humane—I find that so pleasurable." 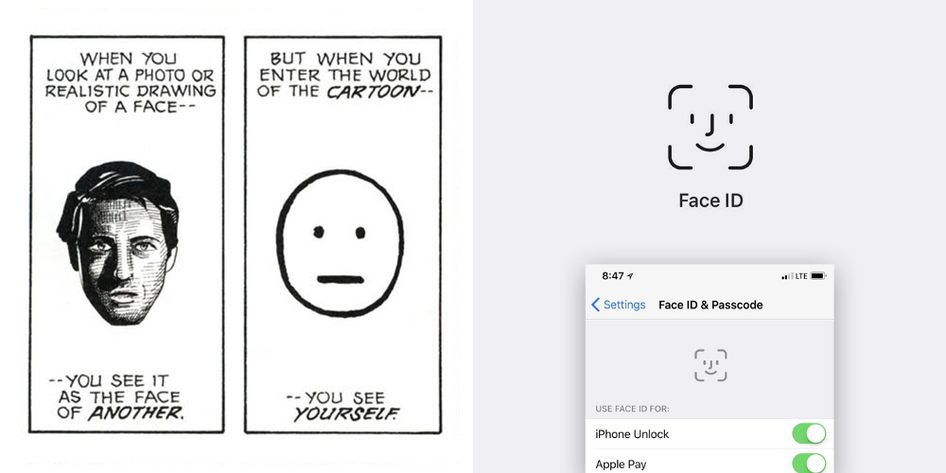 "When something's really realistic, it looks like somebody in particular who's not you. When you take all the detail away, everyone can project themselves on to something simple. The fewer details, the more universal something is. That was actually an asset of having to work within 32×32 pixels and monochrome."

"The printer on the left obviously looks outdated. But if you start taking away the holes for the sprockets in the paper, and the knob that turned it, there's just enough detail that it could have had a longer life as a printer icon."

Originally the Mac menus used the Apple logo () to denote features. Steve Jobs decided that there were too many logos in the interface, so Kare was asked to come up with an icon to represent a "feature" instead. 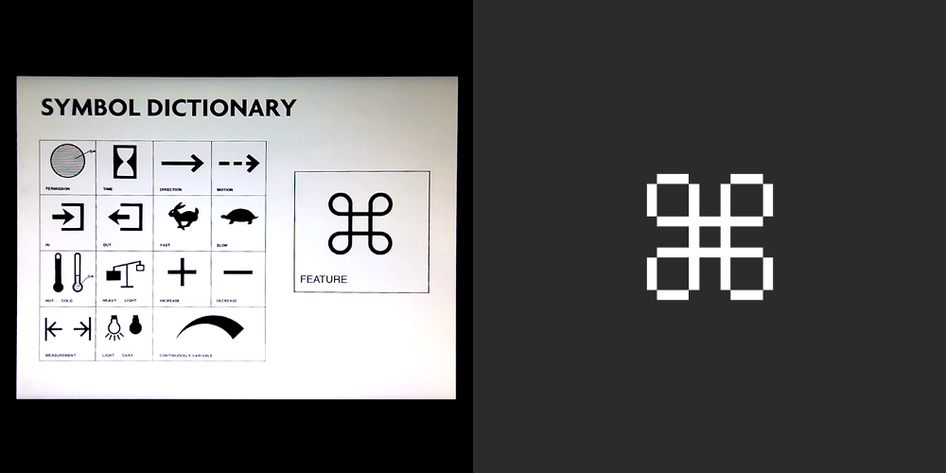 "I was just not sure what a 'feature' looked like ... so I was thumbing through a symbol dictionary and I came across this symbol (⌘). In the back of the book, it said it was for an 'interesting feature' at Swedish campgrounds. I thought it was maybe a little abstract, but it worked." 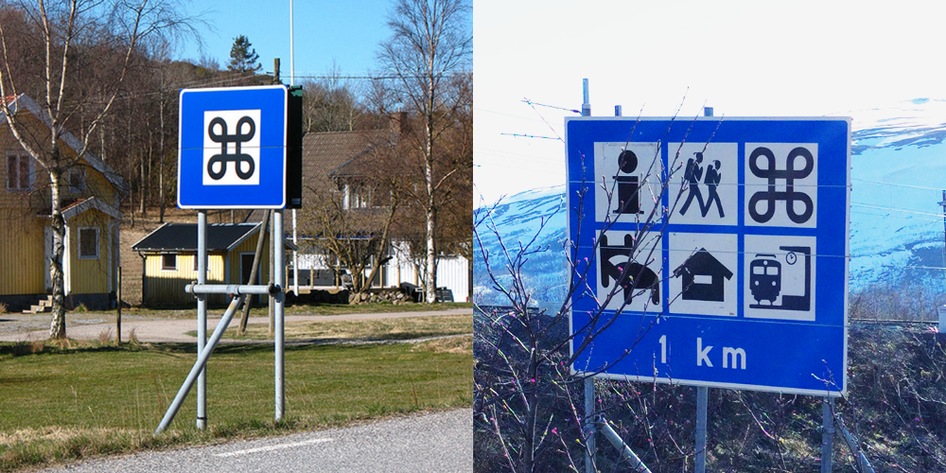 "Years later I went to Sweden ... it was awesome to be on the ride form the airport and to see the Command key all over the place!"

"The thing is I always thought it was maybe a little too abstract. It went against my general notion of that things should have some meaning because then there's a little visual mnemonic to help you remember what it is. Then a few years ago, someone emailed me from Scandinavia and said 'You know it really isn't abstract, it's a castle seen from above and those are the turrets'. I thought it was wonderful that after all these years it really is something concrete!" 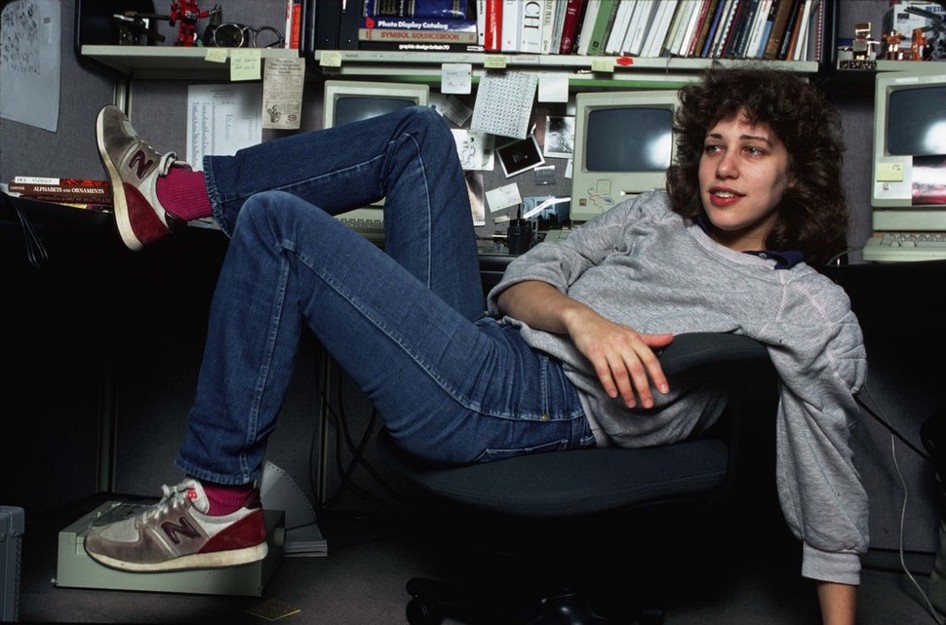