The strange allure of decayed daguerreotypes 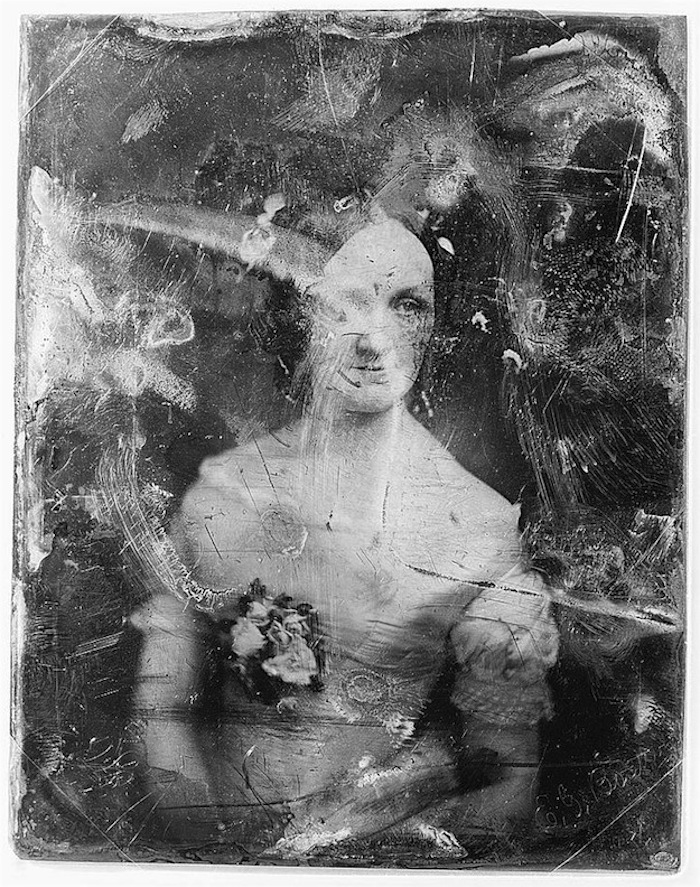 Nick Cave has often said he likes Elvis Presley during his late, fat, drug-addled period because those "final concerts were absolutely riveting and incredibly moving just because of his psychological and physical pain." Presley's whole life experience as a performer was condensed into those two-hour shows, where he often forgot his words, but never lacked passion.

There is something similar going on with these decayed daguerrotypes taken by Mathew Brady sometime between 1840-60. Daguerrotypes were the first commercially successful photographic process invented by French theater-designer Louis-Jacques-Mandé Daguerre in 1839. Each picture was made by exposing a small sheet of polished light-sensitive silver-plated copper to capture an image. Taking a portrait took time, which meant sitters had to be clamped into position so no movement would blur the image. This image was then made visible by allowing fumes of mercury vapor to the coat the copper plate. The resulting picture was fixed with chemicals then rinsed and sealed in glass. Daguerrotypes were easily marked and as the fixing process was unstable it meant the pictures decayed and changed thru time and handling.

I grew up in Edinburgh, a city rich with history and filled with old buildings whose original functions have changed but their structures maintained until, for some, they become too worn or dilapidated and were demolished. Old buildings like fat Elvis or decayed daguerreotypes become, and are changed by, use or experience. The faces on daguerreotypes become lost, like features reflected in a misted bathroom mirror. The body shapes and small fragments of skin are recognizable but their function or meaning has been usurped by organic patterns of decay which alter the image into strangely beautiful and alluring works of art open to imagination. 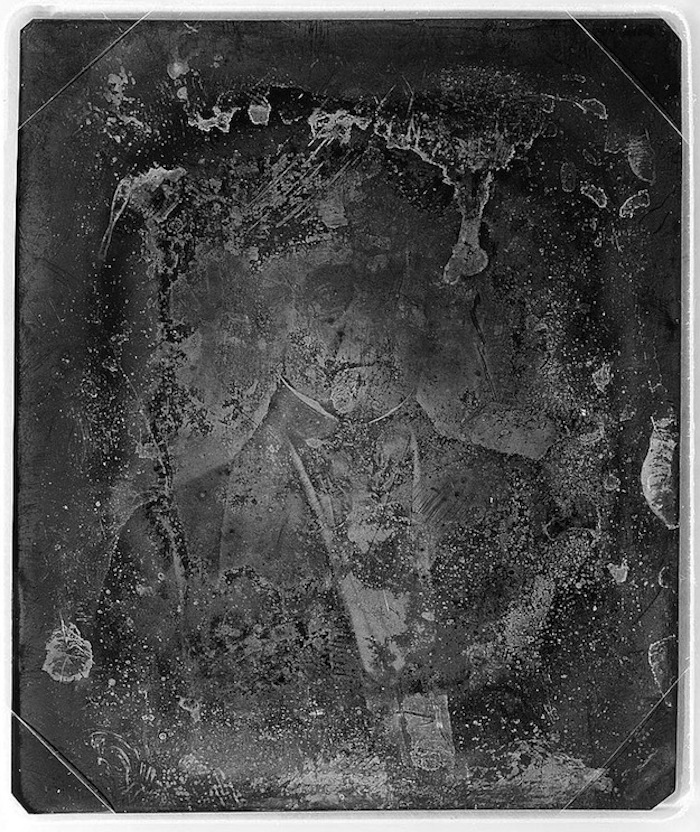 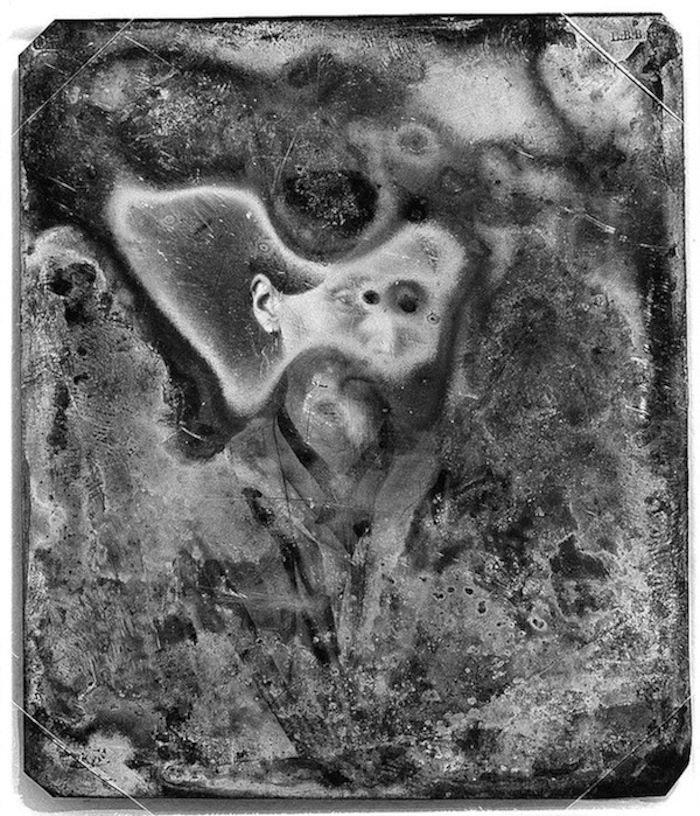 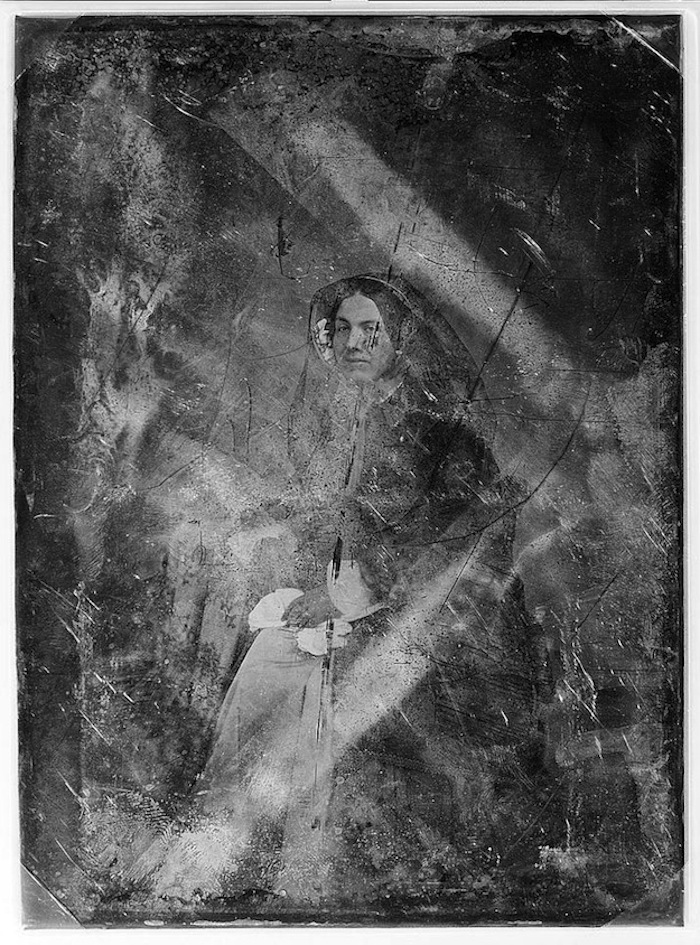 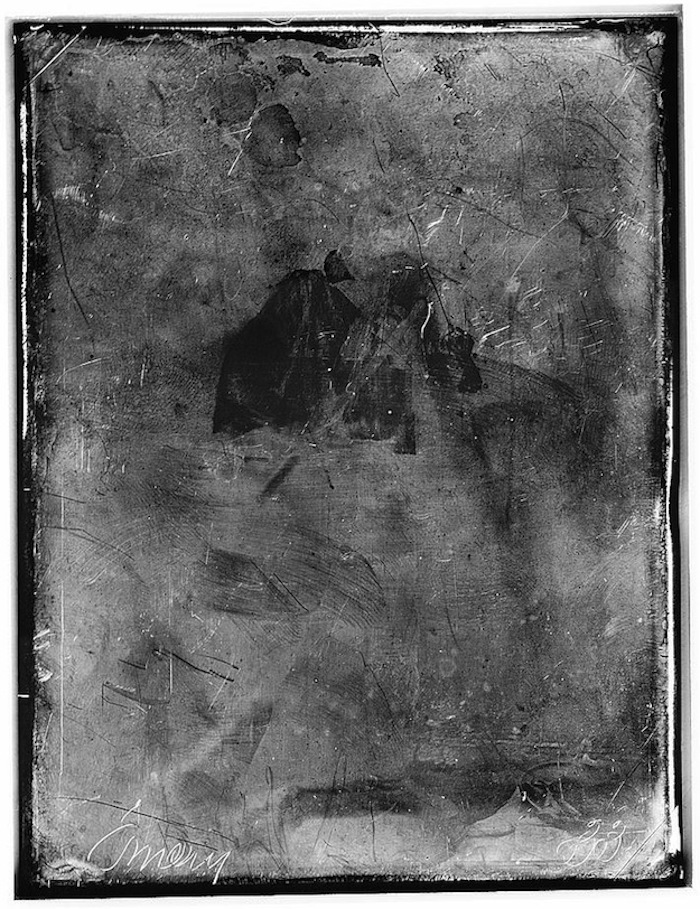 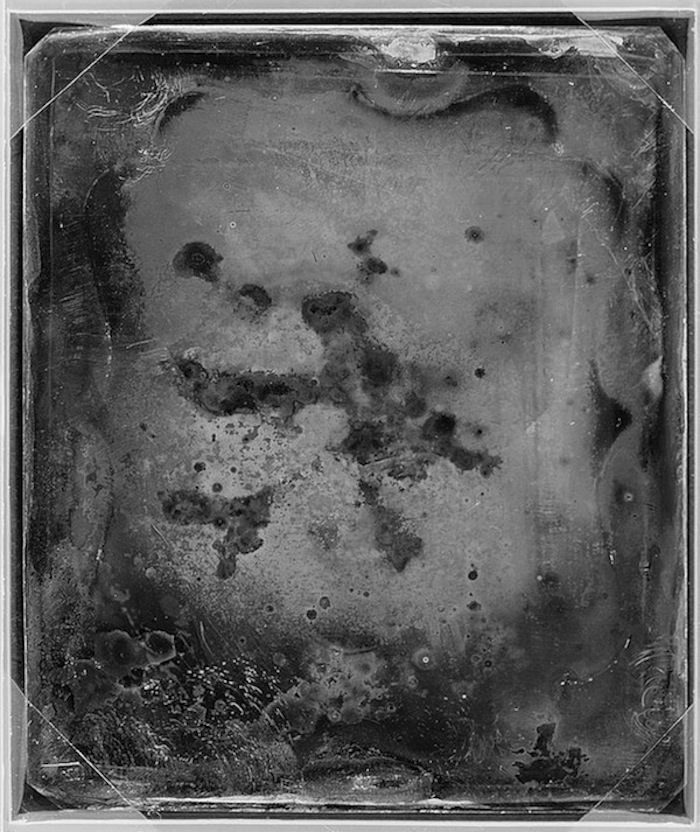 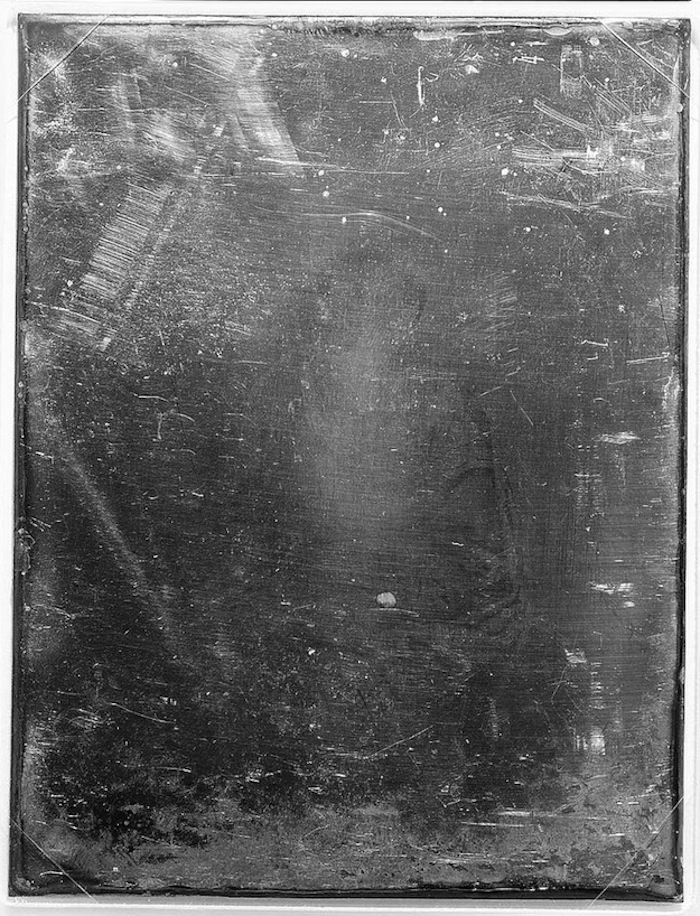 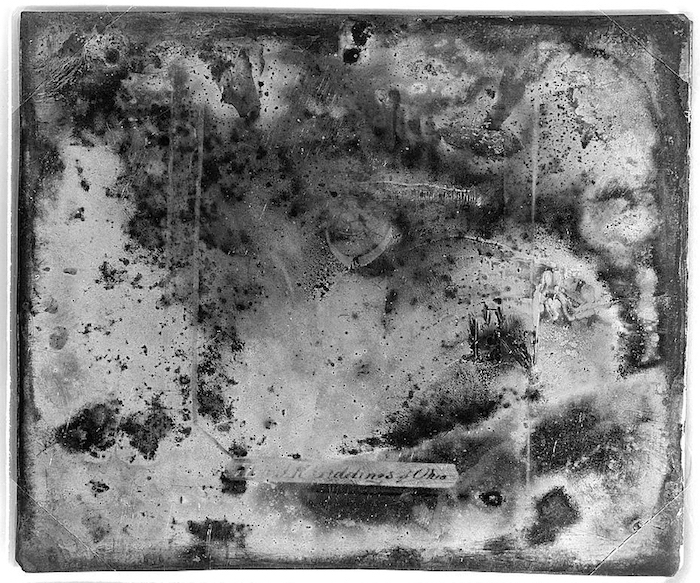 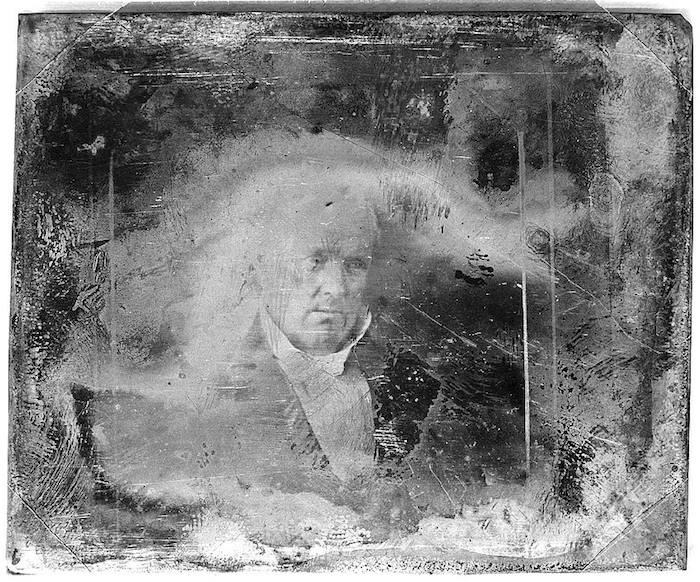 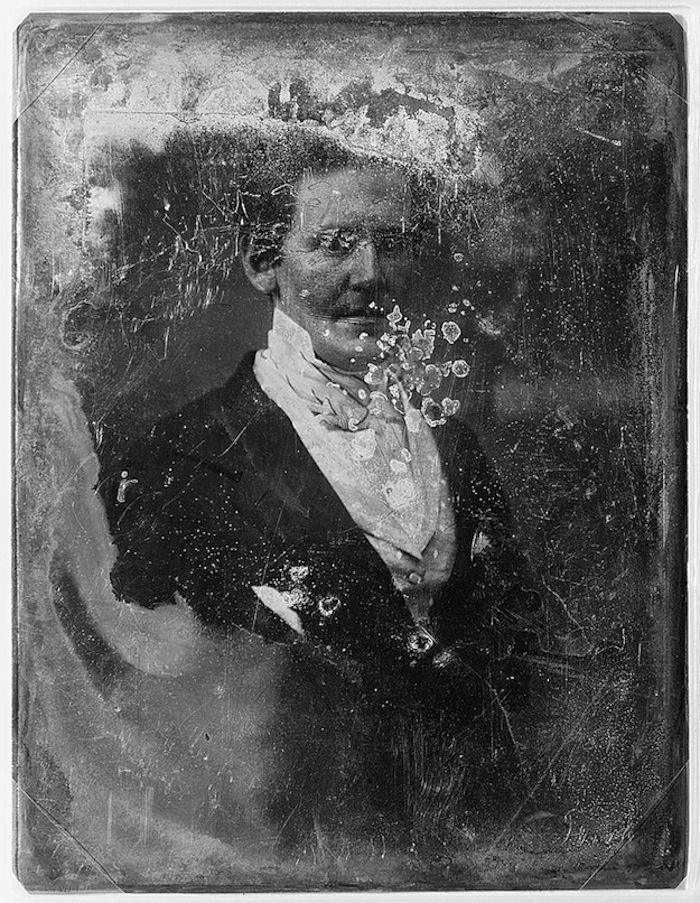 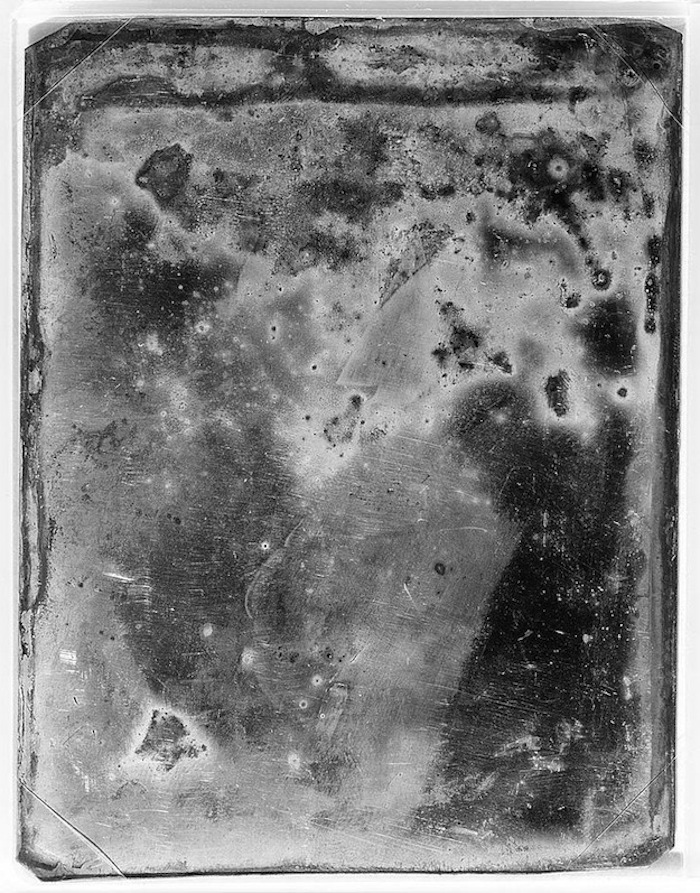 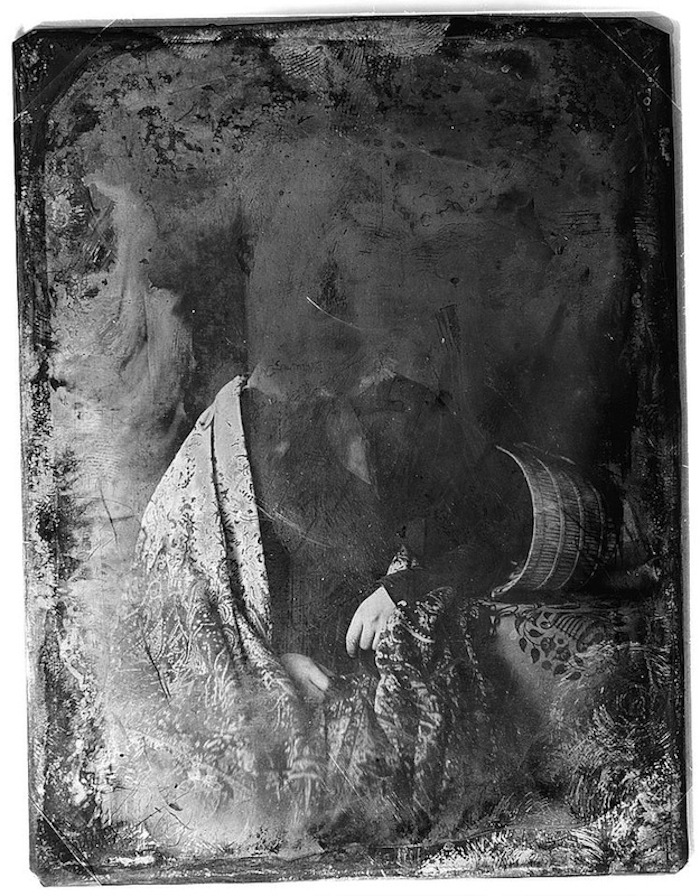 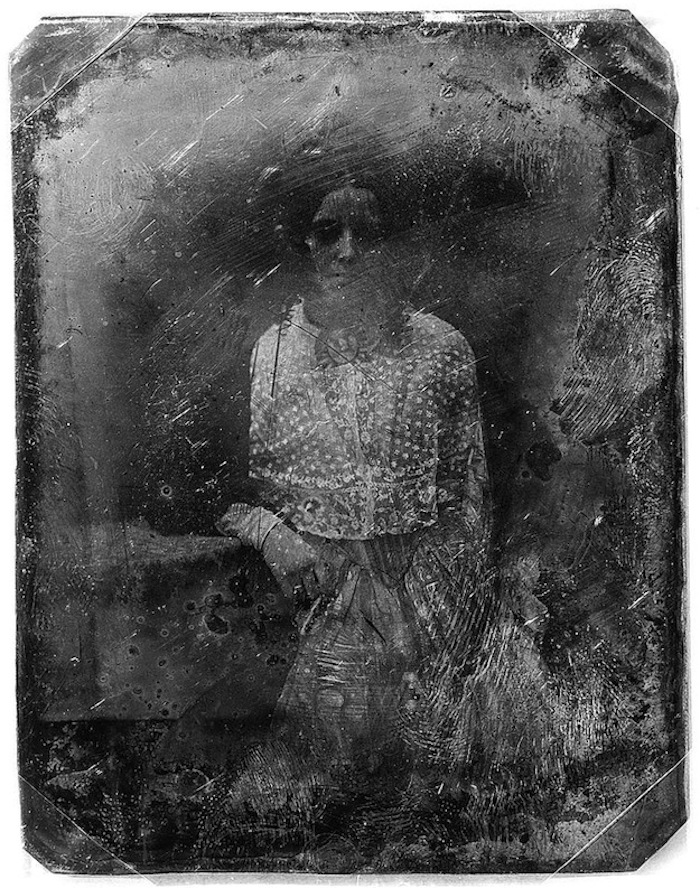 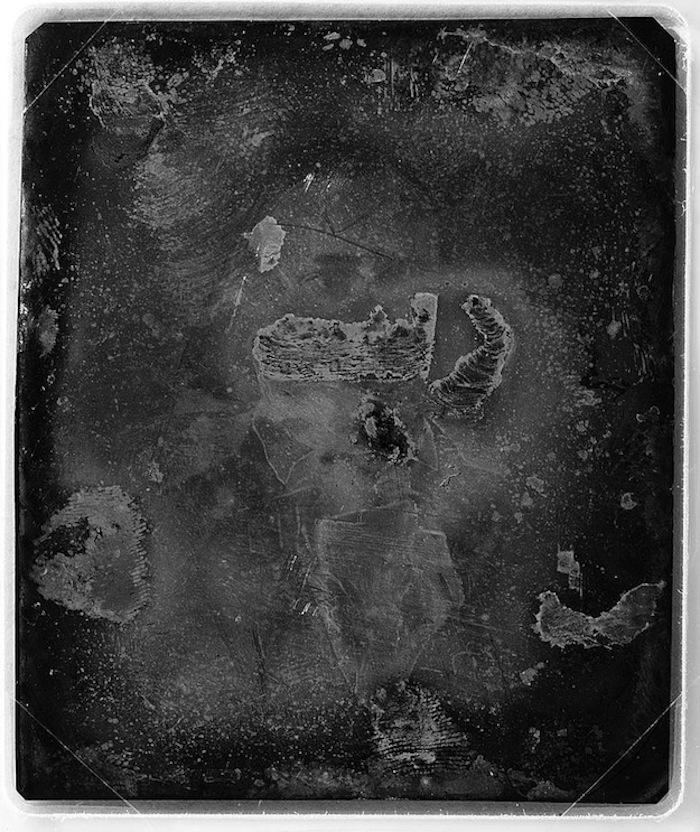 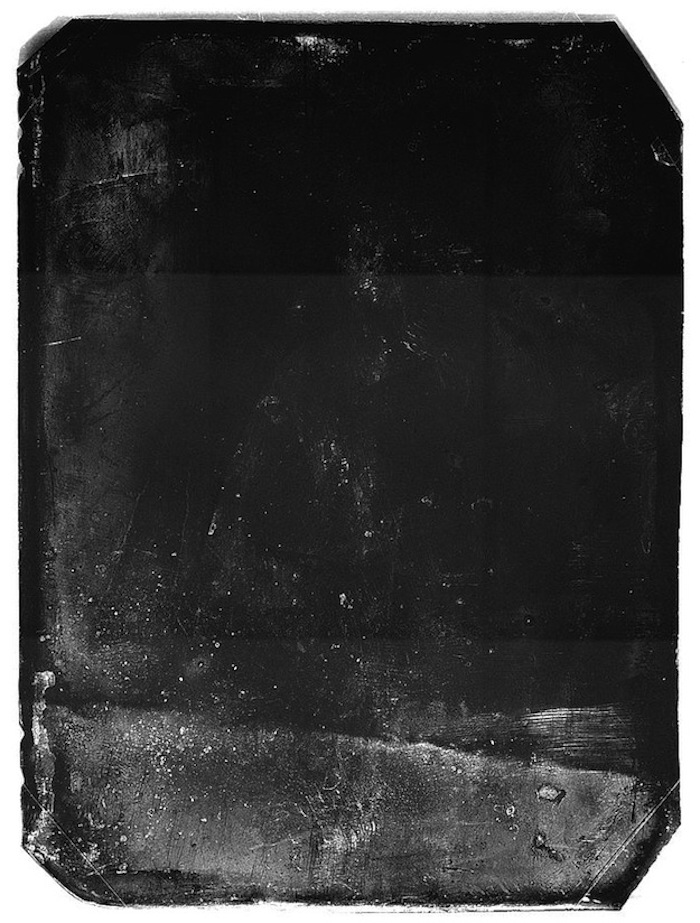