A Washington Post headline lamented Sunday that "a generation of GOP stars stands diminished" by Donald Trump's Cheeto-dust mushroom cloud. Their tally of casualties, though, is limited to the Republicans' presumably "deep bench" of political talent, all of whom were swept aside with consummate ease by a blustering know-nothing with some reality TV chops.

But Low Energy Jeb, Little Marco, Lyin' Ted and Co. were all enemy combatants in Trump's crusade to be America's stub-fingered king. Not all Trump's victims meet the same description. No one ever expected the Tangerine Generalissimo's arsenal to be stocked with smart bombs, and his scorched earth campaign has yielded all kinds of collateral damage on scores of unwitting minor characters only tangentially—if at all—involved in politics before Trump unleashed the hellfire on them.

Let's remember some of those hapless victims. 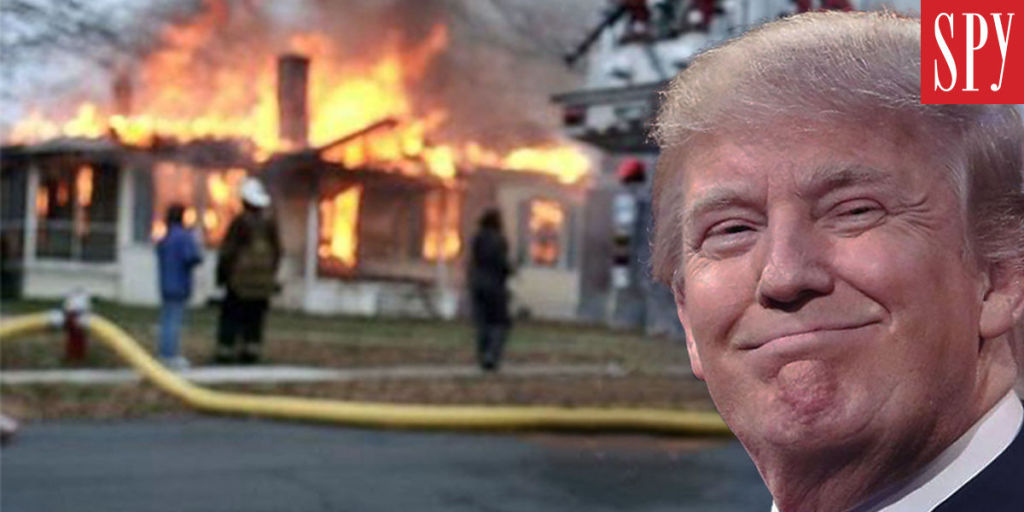 Nobody said The Tonight Show host was one to throw political elbows, but everyone has a certain obligation. When he had Trump on and tussled his hair like a little leaguer who just got on base, Fallon went from America's lovably dorky little brother to cowardly collaborationist.

Glad to see that @RondaRousey lost her championship fight last night. Was soundly beaten – not a nice person!

UFC commentary is hugely presidential. Will he weigh in on other sporting outcomes if he wins?

OK, Rosie took a shot at the Donald way back, which started a rather nasty feud. But it had been quite a few years since she slung any mud when he brought her up as a kind of pseudo-defense against Megyn Kelly's questioning on his past misogyny.