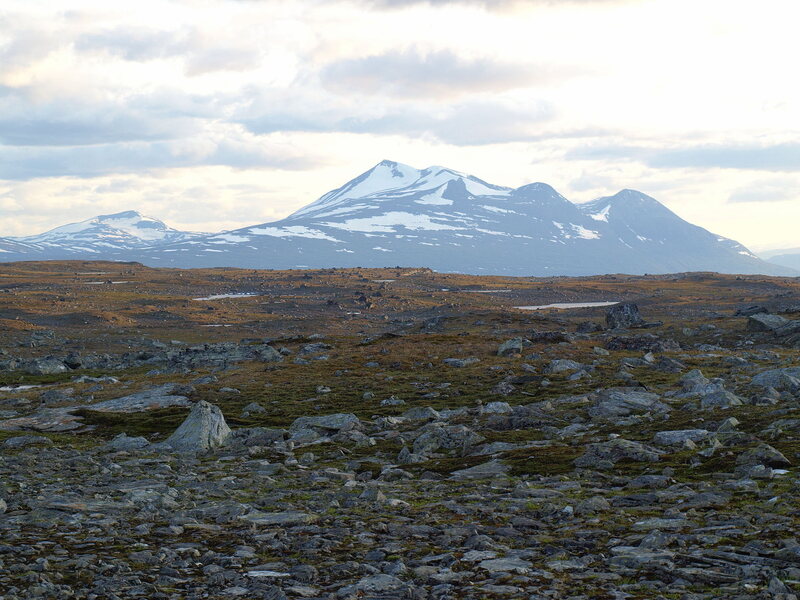 Anna Bågenholm has spent much of her life at the University Hospital of North Norway in Tromsø. As a radiologist there, she performs MRIs and CT scans, checks up on patients, and makes rounds. But nearly two decades ago, in this same hospital, she also made history, on the other side of the operating table. A freak accident pushed Bågenholm to the brink of death, plunging her body temperature lower than any human's has ever been—and a team of quick-thinking doctors brought her back.

The day of the accident couldn't have been more normal. One morning in May of 1999, Bagenholm and a couple of friends finished up their shifts at a hospital in Narvik, Norway, grabbed their skis, and headed for the nearby Kjolen Mountains. All were devoted skiers, and had chosen to do their residencies in Narvik for its proximity to the slopes. They had already spent much of the season getting to know their new neighborhood, shaking off the storm and stress of medical school on the mountains' off-trail nooks and crannies.

Conditions were great—powder coated the runs, and the Arctic summer sun promised to shine long into the night. But a few runs into their trip, disaster struck. Bågenholm caught some snow the wrong way and tripped, losing her skis. She tumbled and slid until she hit a frozen stream. Then she cracked through the ice, and was pulled upside-down into the rushing water.

Seconds later, her friends reached her. They grabbed her boots, preventing her from sinking further, but they couldn't yank her out. As they phoned for help, Bågenholm struggled upward under the water, searching the undersurface of the ice until she found an air pocket large enough to let her breathe. Her clothes got heavier and heavier, soaked through with near-frozen water. Her core temperature plummeted. Eventually, everything went black.

The human body performs best at 98.6 degrees Fahrenheit. But the world is cold, and plenty of outside forces—air, wind, water—seek to draw the heat away from us. Whenever your body senses this happening, whether on a mildly chilly summer evening or just before the Polar Bear Plunge, it begins "defending the body temperature," explains Andrew J. Young, a military research physiologist, author of an academic paper entitled "The Physiology of Cold Exposure."

Like most good defenses, this happens from the outside in. Since air pulls heat away from the surface of the body, blood vessels in your skin begin constricting, shunting blood away from your arms and legs and back to the core, where it stays warm. This is good for overall survival, but not as great for the fingers, toes, and ears, common early victims of frostbite.

If this conserved heat isn't enough, the body begins making more warmth the best way it knows how: by working its muscles. If you can't (or won't) go run around on your own, the shivers will start up. You'll likely feel these involuntary shakes first in your chest muscles, then in your arms and legs. This is essentially the body's forced exercise program, generating waves of heat that rewarm the blood. But it, too, can backfire, depleting the body's nutritional stores, or jacking the heart up, putting the body at greater risk for a heart attack or a stroke. 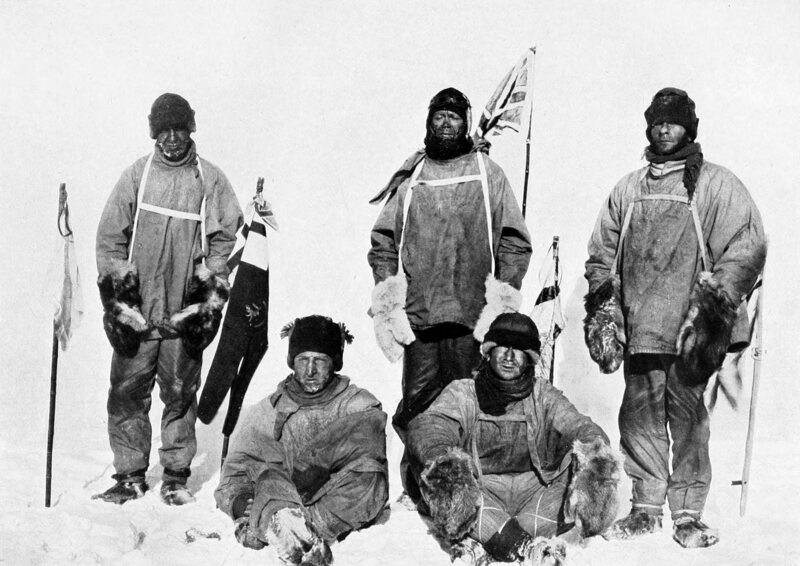 Robert Falcon Scott and his crew, close to the South Pole in 1912. (Photo: Henry Bower/Public Domain)

If the body temperature continues to drop, getting down to 95 degrees or lower, hypothermia begins to set in. Blood pressure drops. Breathing becomes shallow. As the brain loses oxygen, it can inspire some strange behavioral symptoms: slurred speech, confusion, nonsensical actions.

Early Arctic explorers didn't have a name for hypothermia, but they knew it when they saw it. "There can be no doubt that in a blizzard a man has not only to safeguard the circulation in his limbs, but must struggle with a sluggishness of brain and an absence of reasoning power which is far more likely to undo him," wrote Robert Falcon Scott in the records of his 1911 expedition, describing one of his men as suffering from a frostbitten hand and a "half-thawed brain."

This is when the brain can make a bad situation worse. Some hypothermia victims take their clothes off. Others hide in a hole in the snow. Deserted by their leader, the rest of the organs begin giving up, too. 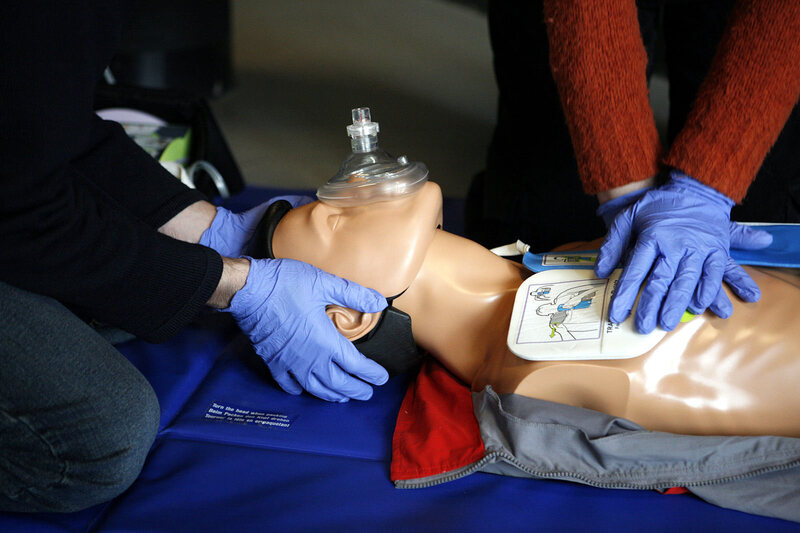 Bågenholm was, by all measures, much too cold. By the time the rescue team showed up with a rope and a pointed shovel, hacked a hole in the ice, and pulled her out, she had been submerged for about 80 minutes. She had no heartbeat. Her skin was ghost white; her pupils huge. The emergency helicopter ride took up another hour, filled with fervent praying and near-constant CPR attempts.

When the helicopter landed at University Hospital, Dr. Mads Gilbert, the head of the emergency medical department, feared the worst. "She's ice cold when I touch her skin, and she looks absolutely dead," Gilbert later told CNN. "On the electrocardiogram... there is a completely flat line," Gilbert remembered. "Like you could have drawn it with a ruler. No signs of life whatsoever."

Even after a couple of hours out of the water, Bågenholm's core temperature was 56.7 degrees Farenheit, about 42 degrees below normal. As physiologist Kevin Fong writes in Extreme Medicine: How Exploration Transformed Medicine in the Twentieth Century, "This was genuine terra incognita. Any attempt to resuscitate Anna further could only proceed in the knowledge that in similar situations past medical teams had always failed."

But Gilbert and his team weren't giving up just yet. "The decision was made," he recalled. "We will not declare her dead until she is warm and dead." 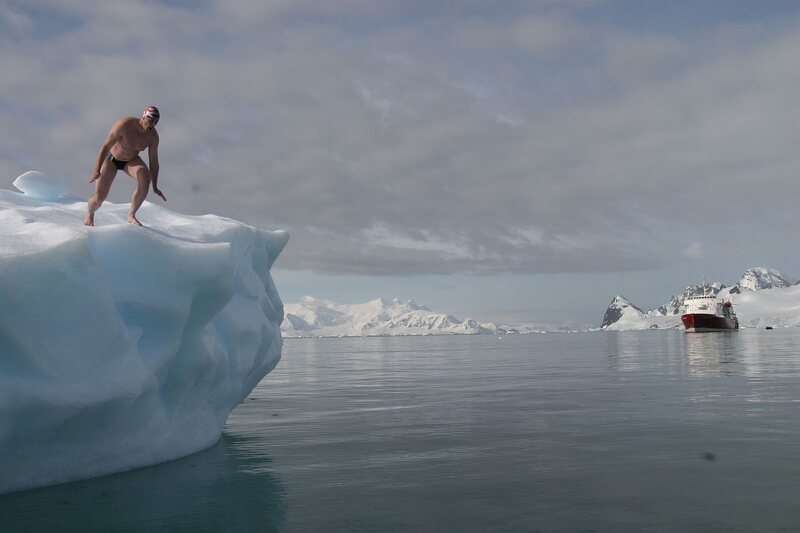 Lewis Pugh in his signature outfit, ready to take on polar waters in 2005. (Photo: Lewispugh/CC BY-SA 3.0)

Considered in its most basic form, coldness is simply a lack of energy. Heat comes from motion, and vice versa; when you don't have one, it's tough to make the other.

But if you're trapped in a chilly situation, there are ways to make sluggishness work for you. Asked for stories of cold and derring-do, arctic historian Russell A. Potter mentions the tale of 20th-century adventurer Peter Freuchen, trapped in a snowdrift: "Without any tools to dig his way out, so the story goes, he took a shit and shaped it into a knife," he says.

Slightly less creatively, studies have shown that when experienced arctic explorers are asked to stick their fingers in icy water, they feel less cold than average Joes do—their bodies have slowed down their responses, trained by repeated exposure into playing the long game. The body temperature of swimmer Lewis Pugh, famous for taking on the melting North Pole in a Speedo, jumps two degrees whenever he sees the water. "Before I swim my body becomes like a furnace," Pugh told The Lancet in 2005. "It realizes that I'm going to get cold, and so turns on the burners."

Bågenholm had been plunged directly into the stream. Her body hadn't had time to train itself, or to slowly acclimate. The best she could hope for was that her brain had been essentially flash-frozen, taken down to a state where it needed very little oxygen to survive. If the cold had slowed her down that far, when they warmed her up, she might still be in there. 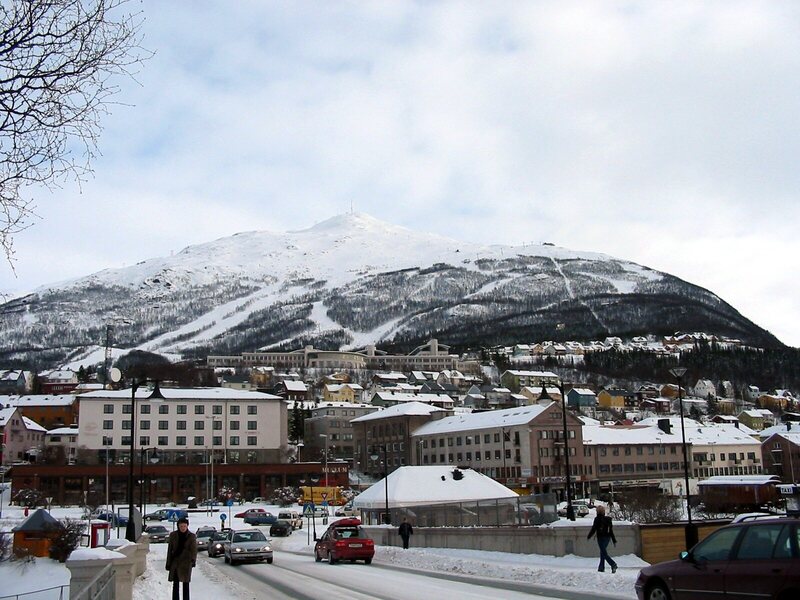 Gilbert and his team rushed Bågenholm into an operating room. They hooked her up to a heart-lung machine, pumping her blood out of her body to warm it and then routing it back through again. (This bears repeating: they had to warm her blood outside of her own body.) They watched her vitals. Slowly, over hours, her temperature rose. The EKG blipped, then flatlined, then blipped again. They kept waiting.

Around 4 p.m., Bågenholm's heart kicked back into gear, squeezing and releasing and pumping the now-warm blood on its own. Led by her reawakened heart, the rest of Bågenholm's body began the slow process of healing. After 12 days, she opened her eyes. It took much longer—years—for her to be able to move, walk, and finally even ski again. But eventually, through grit and determination and physical therapy, she did.

"We think of death as being a moment in time," Fong told NPR in 2014, "but actually, it is a process." Usually, that process happens over minutes. But cold slows down everything—even the progressive lack of oxygen that, in most circumstances, quickly kills a brain. For Bågenholm, he says, "it smeared it out to be hours long. Long enough that [the doctors] might intervene."

Gilbert's bet had paid off. Even as the frigid water had stopped her heart, paralyzed her muscles, and frazzled her nerves, it had preserved her brain. And so thanks to the very thing that might have killed her, Bågenholm didn't freeze to death. She just froze.