The idea of keeping politics out of soccer has never been more ludicrous than in the context of the 1978 World Cup. Argentina had been chosen as the host nation in 1966, during a period of relative calm, despite intermittent military coups and the ousting of brittle civilian governments. By the time the tournament arrived on the horizon, however, the situation had changed drastically.

Jorge Rafael Videla, who had come to power in Argentina through a coup d'etat two years previously, was in desperate need of a good news story. His dictatorship kicked off the most violent stage of the country's "Dirty War," during which Argentina's military and right-wing death squads murdered tens of thousands of people on the pretense of fighting disparate Marxist guerrillas.

With the desaparecidos rapidly attracting widespread media attention in the West, and loud calls for a boycott in several countries, it was clear that the World Cup could have enormous propaganda value for the military junta and Videla, though only if Argentina emerged victorious.

So, when Argentina's progression to the knockout rounds came down to a crunch match against Peru, viewers could be forgiven for thinking the junta might have a stake in the game. Then, Argentina—who needed to win by four clear goals to progress from the second group stage to the final, at the expense of Brazil—won 6-0 with almost unbelievable ease. Managed by chain-smoking socialist Cesar Luis Menotti, and boasting a team of shaggy-haired 70s drifters marshaled by the legendary Mario Kempes, the Albiceleste were a good side—but surely not that good. Peru had been a competent outfit for much of the tournament—even if they had no hope of progressing at this stage—while Argentina's biggest previous margin of victory had been a 2-0 win against Poland. 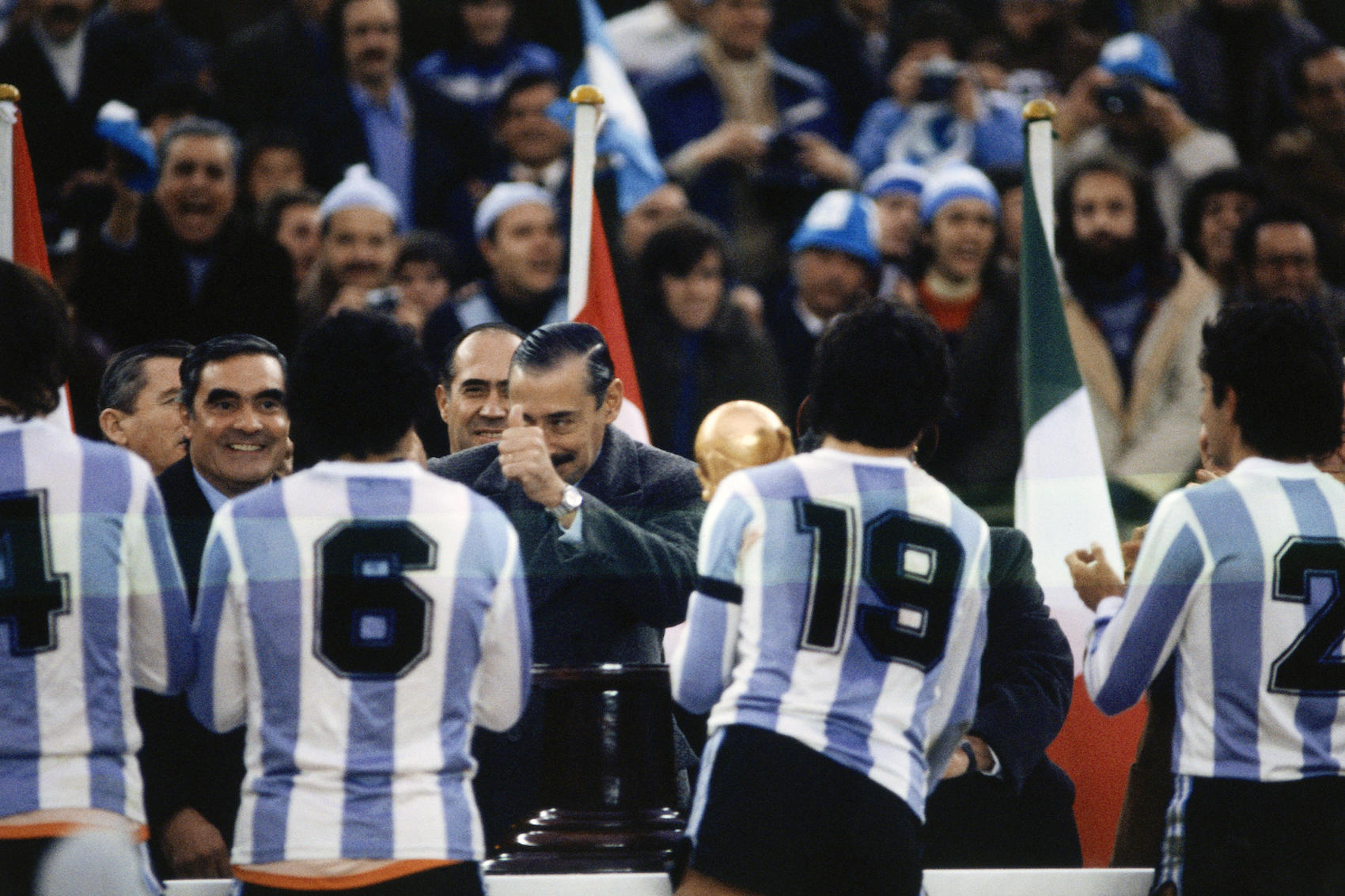 There was already controversy over the game, with Argentina kicking off later than Brazil, hence aware of the exact result needed. Then the conspiracy theories started in earnest. It emerged that Videla and former United States Secretary of State Henry Kissinger—an intimidating combination of men with enormous amounts of blood on their hands—had visited the Peruvian dressing room before the kickoff, supposedly to speak about the brotherly spirit of the sport and the anticipation among the Argentine public. Were these political platitudes or coded messages? Kissinger has since claimed he has no recollection of entering the Peruvian dressing room at all.

With Peru trailing 2-0 at halftime, there was another mystery surrounding the substitution of midfielder Jose Velasquez early in the second half. As one of Peru's best players, he was baffled by the decision. Speaking to Channel 4 News in 2012, Velasquez said: "Yes, we were pressured [to lose the game]. What kind of pressure? Pressure from the government, from the government to the managers of the team, from the managers of the team to the coaches."

Earlier this year, Velasquez went even further in an interview with Peruvian outlet Trome, by claiming that six players were bought off ahead of the match. This was vehemently denied by the accused, though some former teammates have supported Velasquez in claiming that all was not right with the team. At the time, there was much made of the fact that the Peru goalkeeper, Ramon Quiroga, was in fact born in Rosario, Argentina, and was a naturalized Peruvian. He was named by Velasquez as one of the players who had sold out, though it has since been reported that Quiroga is suing his former teammate for defamation.

Other conspiracy theories that have been mooted down the years include: The idea that Argentina sent a massive shipment of grain to Peru and unfroze over $50 million of Peruvian assets in return for the result; that the referees were biased toward Argentina; and that amphetamines fueled the unlikely victory and indeed Argentina's entire tournament.

In 2012, former Peruvian senator and dissident Genaro Ledesma alleged that under Operation Condor—a campaign of brutal violence coordinated between the right-wing dictatorships of South America against those suspected of left-wing sympathies—Peru sent 13 of its prisoners in Argentina, where they were tortured and forced to sign false confessions. According to Ledesma, Videla only accepted the 13 Peruvians on the agreement that Peru allowed the Argentine national team to triumph.

For the record, none of these theories have been backed up with concrete evidence, and—in what seems to reflect the view of the majority of his teammates—former Argentina midfielder Ossie Ardiles recently told The Daily Mail: "The more I am hearing, the more and more I am convinced that nothing untoward happened." 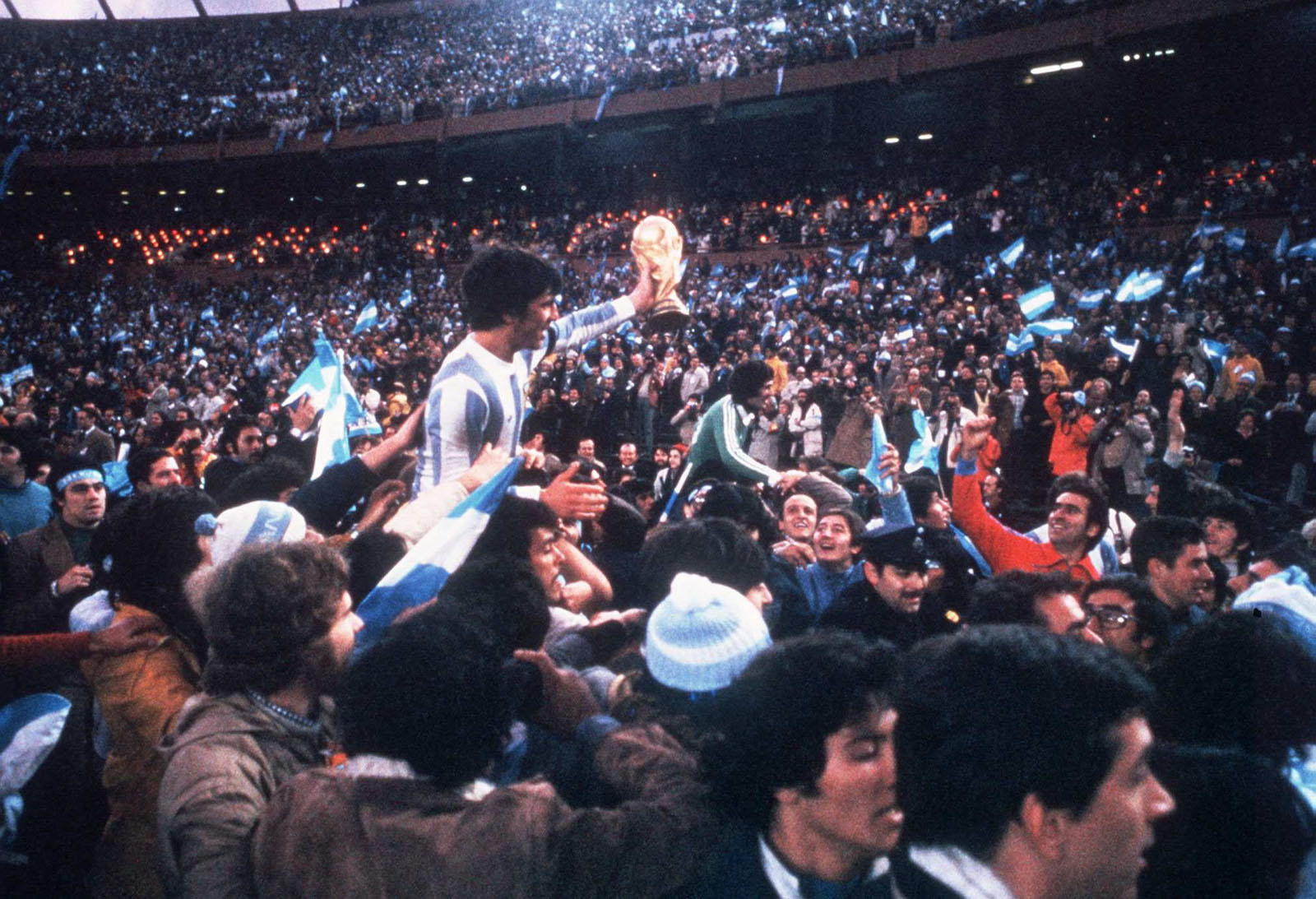 As it was, Argentina progressed to the final, where they beat the Netherlands 3-1 and lifted the World Cup for the first time. At the end of a tournament, which Videla had dubbed the "World Cup of Peace," Argentines appeared united in their outpouring of national pride, and the junta had achieved the propaganda victory they were looking for.

Videla may only have lasted as dictator until 1981—military rule finally collapsed under Leopoldo Galtieri a year later after defeat in the Falklands War—but Argentina winning the tournament allowed the junta to continue their human rights abuses beneath a veneer of popularity. Speaking years later, midfielder Ricky Villa admitted: "There is no doubt we were used politically."

So do the majority of Argentine soccer fans now tacitly agree that the Peru game was subject to government interference? Not according to Peter Coates, a Buenos Aires-based soccer writer and the man behind the soccer news website Golazo Argentino.

"Despite the reports of Videla and Henry Kissinger visiting the Peruvian dressing room before the game and the claims that the Argentine government shipped grain and arms and released frozen Peruvian assets, it still isn't accepted that the result was a fix," he tells me via email. "Certainly, the players from that Argentina side don't adhere to the rumors, given that Peru started far better in the game, hitting the post and their goalkeeper making a string of saves. It wasn't the performance of a side that were looking to lose by four goals... [but] had Argentina been on the other end of such a result, perhaps attitudes would be different."

The truth is that, with so many conspiracy theories swirling and eddying around the game, we are unlikely to ever know the full extent of the junta's attempts to influence the result. What we do know, however, is that not every member of that World Cup-winning team is comfortable with Argentina's triumph. Leopoldo Luque, the former Albiceleste striker who scored four goals over the course of the tournament, spoke many years later about how he viewed the 1978 World Cup in hindsight.

"With what I know now, I can't say I'm proud of my victory," he said. "But I didn't realize—most of us didn't. We just played."

Sign up for our newsletter to get the best of VICE delivered to your inbox daily.