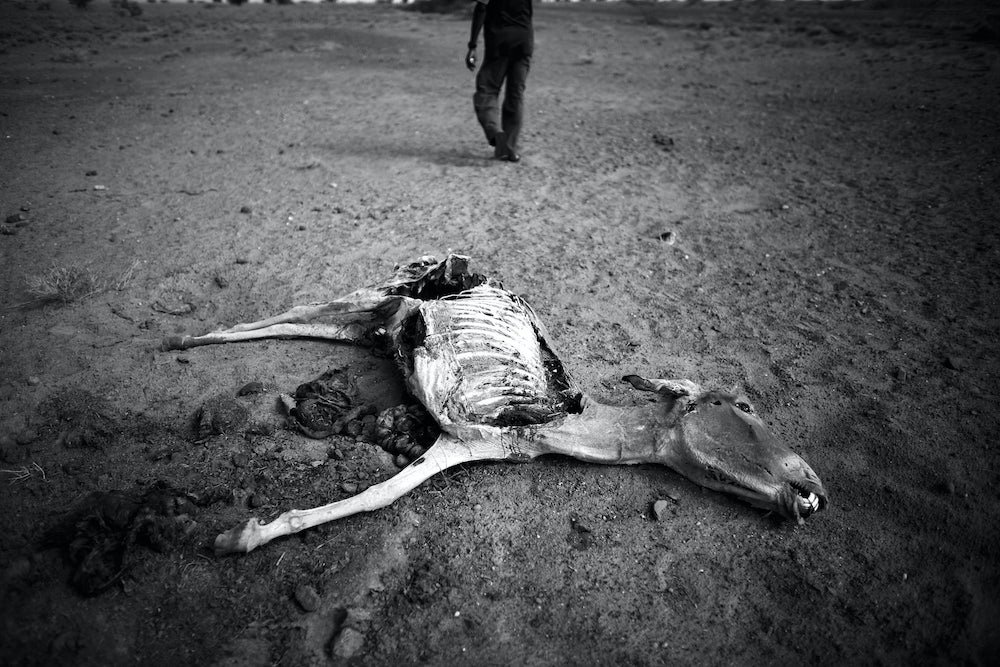 The declarative headline was certainly eye-catching: "Climate Change Can Be Stopped by Turning Air Into Gasoline." In the article, published at The Atlantic last week, Robinson Meyer reported that a team of scientists led by Harvard professor David Keith had discovered how to pull carbon dioxide out of the atmosphere and turn it into liquid fuel—and to do it cheaply, on an industrial scale, by 2021. "If their technique is successfully implemented at scale, it could transform how humanity thinks about the problem of climate change," Meyer wrote. "It could give people a decisive new tool in the race against a warming planet…"

The reaction was largely celebratory. In the article, a scientist with the Carnegie Institution for Science called it "an important result," and a professor of chemical engineering at Olin College called it "a big deal." Journalists on Twitter were similarly effusive:

This is absolutely wild https://t.co/Iw6KG7JGU1

If this is real, it's pretty amazing.https://t.co/mxMwbOUvYH

The key word here is "if." "Outside experts said they were encouraged by Keith and his colleagues' approach, but cautioned that it would take time to examine every cost estimate and engineering advance in the paper," Meyer wrote. "The consensus response was something like: Hmm! I hope this works!"

But the article, while acknowledging that this discovery "could also unsettle the issue's delicate politics, making it all the harder for society to adapt," didn't fully grasp with the implications of the project. Not only would carbon recycling disrupt environmental processes in ways can't fully comprehend; it wouldn't solve many of the problems caused by mankind's relentless consumption of fossil fuels.

Keith's experiment, though The Atlantic article avoided the word, falls under the broad category of "geoengineering," an umbrella term covering a large number of different experimental engineering projects aimed at mitigating the effects of climate change. They include everything from obstructing solar radiation with space-based mirrors to spraying clouds with sea water to whiten them, increasing their reflectivity. These ideas, no matter how far-fetched, find broad appeal in western societies. The Atlantic article was shared widely, as was the report last October about a Swiss company that said it could suck carbon dioxide out of the air and turn it into stone, "pulling us back from the brink." Similar excitement abounds about dumping iron filings in the ocean to boost plankton growth to allow the sea to absorb more carbon dioxide, and so on.

What explains this growing obsession with techno-fixes for climate change? One reason, surely, is that many of us worry about how long Earth will remain inhabitable; any potential solution to a crisis that is already killing millions is worth exploring. But another reason, just as surely, is that many of us don't want to have to make the challenging sacrifices—personal, political, and economic—to address the problem.

The hope that science will ride to the rescue is driven by a total faith in technological progress. And there are many such examples to comfort us. Stanford professor Paul Elrich's dire predictions of worldwide mass starvation in his 1968 book, The Population Bomb, were averted by advances that increased agricultural yields worldwide.

But looking closer at Keith's project—a joint effort between Harvard scientists and the company Carbon Engineering—there are troubling signs. The rub in The Atlantic's article is that recycling carbon—pulling it from the air, then emitting it anew—would merely sustain the dangerously high concentrations of it in the atmosphere, rather than reducing it (as most scientists say is necessary to reverse climate change). There's no market incentive for companies to take CO2 out of the air for good. "Carbon Engineering could pump it deep into the ground, reducing the amount of heat-trapping gas in the atmosphere," Meyer wrote. "But such a technique wouldn't give Carbon Engineering any product to sell, and there are no buyers stepping up to front the effort, for now."

Geoengineering projects are fraught with unintended consequences. Scientists don't know how spraying clouds with sea water would affect precipitation, potentially devastating the food systems. Dumping iron filings in the ocean would have unknown effects for marine life. Injecting aerosols into the atmosphere could cause droughts. Meddling with climatic systems we don't understand, in the service of solving global warming, could just make the crisis worse.

"The fundamental problem of geoengineering solutions is the monumental danger of tinkering with a complex system that we don't fully understand—Earth's climate system and the delicate, complex web of ecosystems that it supports," renowned climate scientists Michael Mann wrote in 2016's The Madhouse Effect. "A crudely applied speculative mechanical fix might make things worse, not better. You may be treating the malady with aspirin, or you may be treating it with thalidomide. The proposed cure could well be worse than the disease. Indeed, it could prove fatal."

The political impact could prove fatal, too. If society believes that geoengineering solutions are right around the corner, it takes the pressure off of implementing proven solutions, like transitioning away from a fossil fuel economy. There's the risk of running out the clock on solving climate change.

For years, Carbon Capture and Storage (CCS)—the process of capturing carbon from sources of pollution and pumping it underground—has been hailed as a promising solution to global warming. In 2007, the European Commission planned for 12 CCS plants to be built by 2015. Today, there are zero. The Mississippi Kemper coal plant was fitted with CCS for a cost of $7.5 billion. The technology never worked and was eventually abandoned. Geoengineering could end up the same —a colossal waste of money and, more importantly, a waste of the limited time we have left to solve climate change.

Such solutions, even if they worked, wouldn't solve the totality of the problem. If we could flip a switch today to start removing greenhouse gases from the atmosphere, while continuing to burn fossil fuels at the same rate, global warming might eventually be reversed. But this would not stop pollution from killing humans and animals alike. It would not stop mass deforestation or the mass extinction of animals. It would not stop the poisoning of our oceans and rivers. All these problems are part of a wider ecological crisis, of which climate change is only one part, and they can only be solved with a fundamental shift in our economic and political system.

The solutions don't need to be invented; they already exist. The world must sharply cut carbon emissions, keep fossil fuels in the ground, decarbonize the economy, and pursue aggressive reforestation and peatland restoration—nature's geoengineering. This will be more challenging than inventing a way to remove or reuse the carbon in the atmosphere. But these are not hypothetical experiments; their efficacy is not in doubt.

Climate change is an overwhelming problem, almost too big to grasp. It's comforting to believe that someone, somewhere, can get us out of this mess, just as previous generations have overcome the challenges of their era. But the promise of geoengineering is just that: Thus far, it has only proven effective at easing anxiety about the state of the planet. There is no quick fix to this crisis, and it will take all of us to solve it.