Piper Kerman, the woman whose life-story is the basis for Netflix prison dramedy "Orange is the New Black," has already taught you how to make "Prison Cheesecake," but come October 14, you'll be able to cook several other culinary…err, dishes that are amenable to prison puns.

The "Orange is the New Black" cookbook offers recipes for meals, snacks, desserts and drinks inspired by the Netflix series, but according to publisher Abrams Books, they're not like the sparse, unappetizing dishes teased in Netflix's posters from last year: 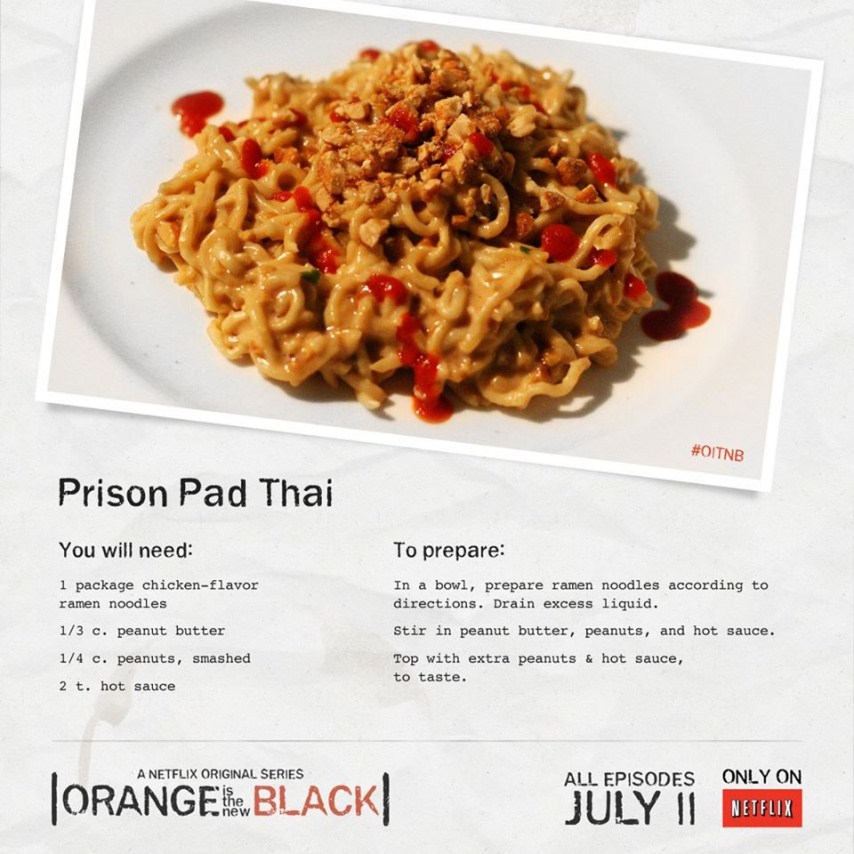 Instead, the cookbook will feature culinary delights that have been mentioned by the characters, appear in scenes at Litchfield Penitentiary or in flashbacks of the show. So if you're watching "Orange is the New Black" June 6th (of course you will be) and get hungry, don't worry, you'll soon be able to feed your cravings.