Finding big money in Small Town U.S.A. is as simple as looking toward the mountains of the Old West.

America's three wealthiest small communities are located in the western U.S. and tower at elevations exceeding a mile — with real estate valuations some would consider even loftier.

Topping the list, and in this case appropriately named, is Summit Park, Utah, and its surroundings. One in six homes in the so-called micropolitan area is worth at least $1 million, with more than half of those in Park City and most of the rest in Summit Park, Snyderville and Silver Summit collectively, according to the Bloomberg Index of Affluent Micro Areas. Some 43 percent of the area's homes are considered vacation properties. 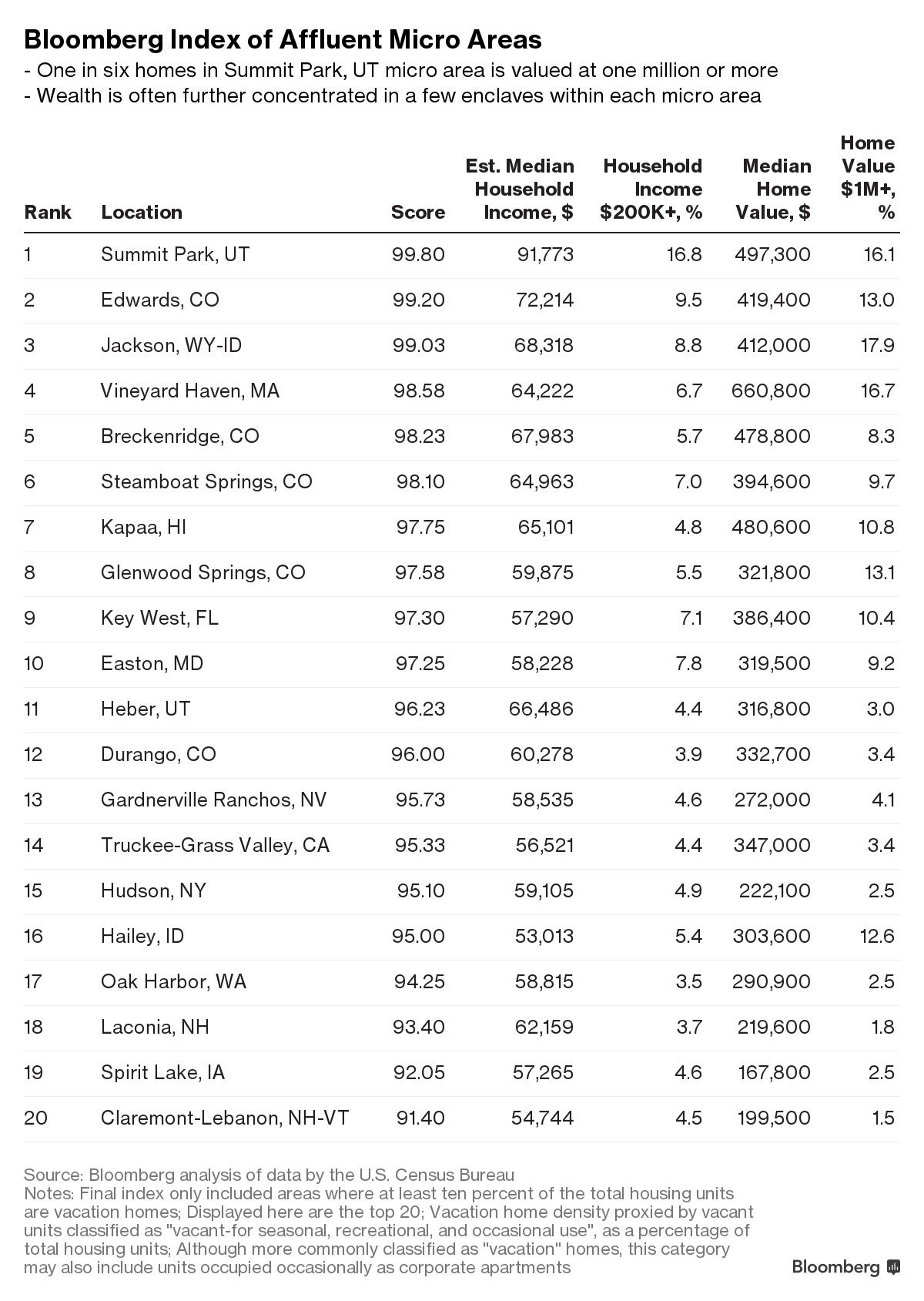 A micropolitan usually contains one urban center, at least one county and all the townships within, and has a combined median population less than 20 percent of a typical metropolitan region. The areas in and around Edwards, Colorado, and Jackson, Wyoming, are ranked second and third on the index.

Utah's Summit Park area, located about 20 miles east of Salt Lake City on Interstate 80, provides rapid access to ski slopes at Deer Valley and the Park City Mountain Resort, according to the Park City Chamber of Commerce and Visitors Bureau.

Direct access to Salt Lake City International Airport is a major advantage "on top of it being beautiful," said Jeffrey B. Jones, economic development director for Summit County, population 40,000.

Wealth is often further concentrated in a few enclaves within each micro area. In the eastern U.S., Vineyard Haven, Massachusetts, weighs in No. 4, with more than half of its million-dollar homes in Chilmark, a town located in Martha's Vineyard. In the South, it's Key West, Florida, at No. 9, with almost three quarters of the $1 million-plus properties in North Key Largo.