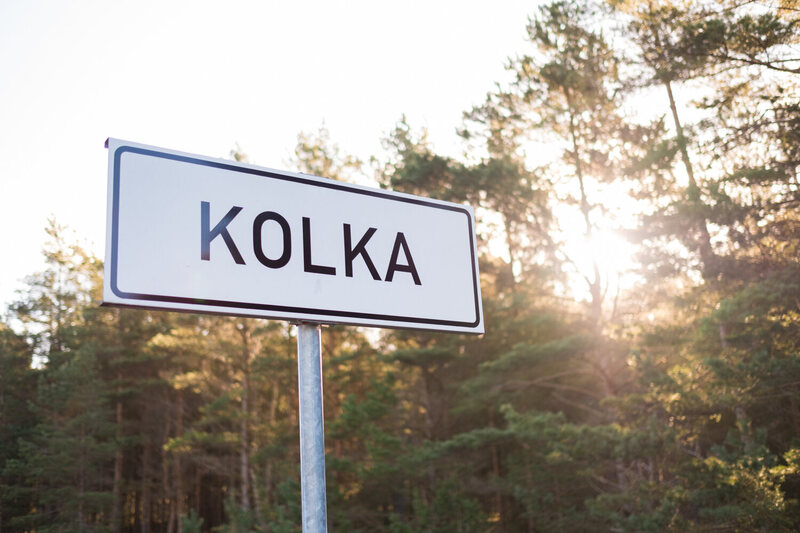 Livonian, once heard around the village of Kolka, has disappeared. All photos by Rob Kunzig

It's 8:30 p.m. in Kolka, Latvia, and there's only one place with its lights on. The Tops market sells some staple groceries and produce, but mostly, it sells beer, rows and rows of malt liquor sold in plastic liter bottles. Outside, a cluster of young Kolkans drink it on the edge of the shadows.

Situated on the cape where Latvia juts into the Baltic Sea, Kolka used to be a busy fishing town, and one of the cultural homes of the Livonians, the country's indigenous inhabitants. As recently as the mid-20th century, you could hear them speak Livonian, a sonorous tongue immediately distinguishable from Latvian.

But hardly anyone fishes in Kolka now. The town is mostly pensioners; the young people have left to find work in Riga, Latvia's capital, or elsewhere in the European Union. And no one here speaks Livonian.

The last native speaker, Grizelda Kristiņa, died in Canada in 2013, rendering the language extinct by most definitions. The handful of people who still speak it—estimates range from 25 to 30—are linguists and enthusiasts. Among them is Valts Ernštreits, a professor at Tartu University in Estonia. When asked what Livonian sounds like to the unacquainted ear, he refuses to describe the language.

"Just listen," he says. "It's very hard to describe it. You can do it in very scientific terms, in a very boring half-hour lecture, which, in the end, there's no point. If you want to know how it sounds, just sit down and listen."

You can hear Livonian in the video below.

Unlike Latvian, an Indo-European language most closely related to its Baltic sibling, Lithuanian, Livonian is a Finno-Ugric tongue, belonging to a small family that includes Finnish, Estonian and Hungarian. Latvians often describe Estonian as "musical," and indeed, Livonian shares its sonorous, loping cadence. Spoken by Ernštreits, it sounds almost Italian.

Livonian's fingerprints are all over modern Latvian: for example, Latvian inherited its first-syllable stresses from Livonian. Denying Livonain's influence on Latvian, Ernštreits says, is like "adding salt to the soup and then you just say, what salt? I don't know what salt is."

Livonian is his passion and profession. Invigorated by the Soviet Union's exit in 1991, he stopped studying architecture and took up Livonian at Tartu. He has since devoted himself to speaking, writing and studying the language.

But Ernštreits is just one of a handful of speakers, and one of only 250 people who identify themselves as Livonian in government surveys. He can write poetry in it, but he can't buy a loaf of bread. 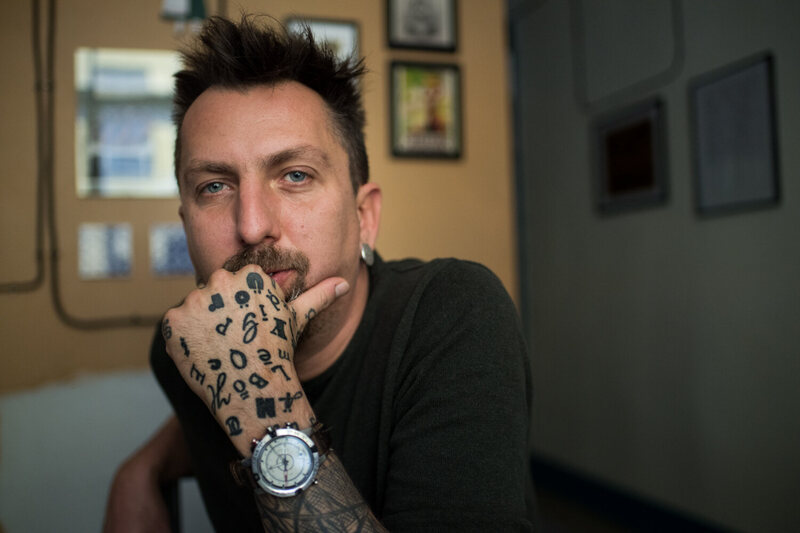 Valts Ernštreits, a professor at Tartu University in Estonia, writes poetry in Livonian.

"Practically, the language is over" says Baiba Šuvcāne, a Kolka resident and author of three books on Livonian history. "And it's never coming back."

She remembers her grandparents speaking Livonian, and even her mother. It was a difference in years: parents stopped teaching their children Livonian in the 30s, she reckons. She was born in 1945, and while her mother was fluent in Liv, she taught Šuvcāne Latvian.

Now she watches Kolka fill with tourists in the summer, and empty for the long, dark winters. She names a few residents with Liv blood who can speak pleasantries, but that's it.

"The last blow was the Soviets," she says. "The last, but hardly the only one." 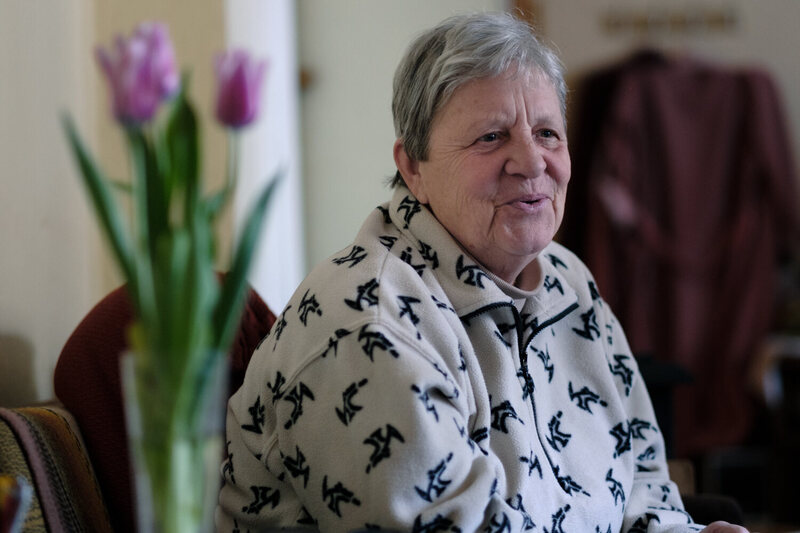 Baiba Šuvcāne has written three books on the history of Livonian.

At the dawn of the 20th century, the Kurzeme coast—known also by its Anglo name, Courland—was home to a handful of busy Livonian fishing villages. But during World War I, when the Kaiser's army swept into Latvia and fortified the coast, the Livs were moved inland. Most returned, but some had already resettled elsewhere.

Years later, when the Red Army pushed the Wehrmacht out of Latvia, a pocket was trapped on the Livonian home turf. Once again, the Liv villages were emptied as the Nazis braced for Soviet attack from land and sea.

When the Third Reich fell, Latvia became the western boundary of the USSR, and the iron curtain fell over Kurzeme. The Soviets fortified the coast, blocking off the beaches and extinguishing the fishing industry. Fewer Livs returned to their villages; many had already resettled in Latvia's capital, Riga, to feed their families. Only Kolka, which faces the Gulf of Riga, was able to keep its industry alive. 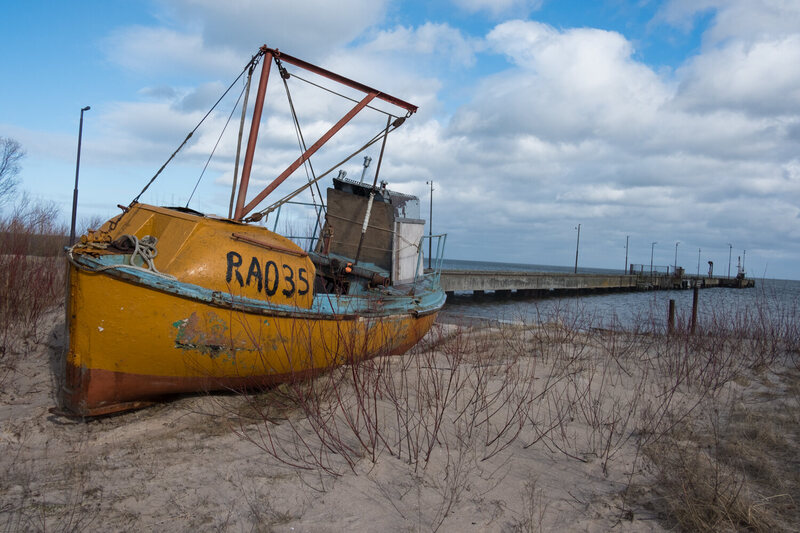 A battered boat in Kolka.

The fall of the Soviet Union ignited a Latvian nationalism, and even spurred a brief blaze of Livonian identity. It was short-lived, says Šuvcāne, whose mother tried to make a living teaching the language. She had a handful of students the first year, Šuvcāne says, but only two the next. Then one. Then she quit.

When Latvia joined the European Union in 2004, she says, Kurzeme's fate was sealed. There was no longer any reason for Livonian youth to remain. They fled across open borders to Ireland, England, Germany, following the jobs. Why would they stay? Livonian won't earn them a job, says Šuvcāne; better to learn English.

Linda Zonne speaks English, but Livonian is her passion. A 30-year-old Riga resident, Zonne grew up speaking Latvian; a child with dark features, her parents called her their "little Livonian." As a student of archeology, she was always curious about history and heritage, and when a friend mentioned a radio advertisement for Livonian courses, Zonne decided to give it a try.

Now she's a Livonian evangelist. She runs the Facebook group "Livo Kel," which posts a Livonian word of the day for its 1,277 followers and hosts content that seems primed to go viral (see the video in which Zonne's toddler counts to 10 in Livonian, taking breaks for giggle fits). And every summer, she teaches the language to children at the Livonian Union's summer camp in Kurzeme. 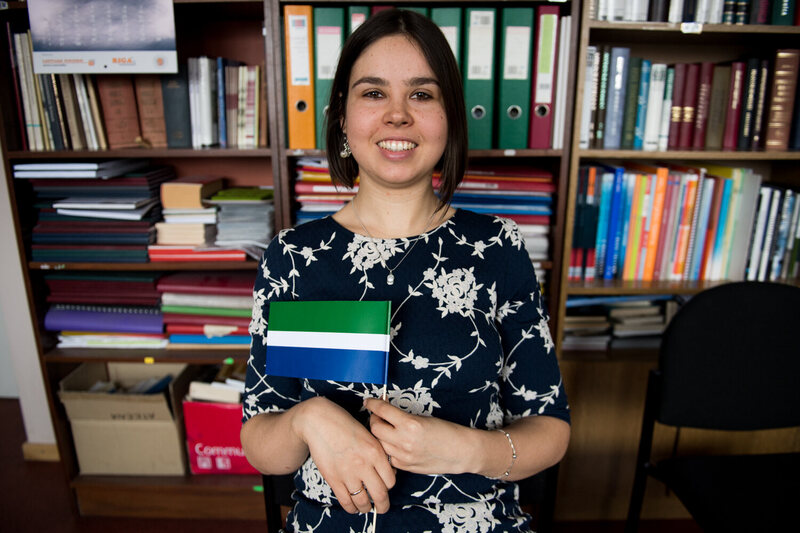 But however much progress her students make, they speak Latvian at home, and their Livonian skills unravel over the winter. Come July, it's back to Tēriņtš—hello.

"To change something, you must first know the basics, to have those right," Zonne says. "You have to have that right." And without more teachers, she says, the pool of possible students will always be limited.

Still, with more converts like Zonne—digital natives who realize and sustain a latent passion for their heritage—Livonian could maintain its foothold as a cultural curiosity.

But, as Šuvcāne says, a comeback seems unlikely. Even Ernštreits isn't this optimistic: if you can't use Livonian to get a job, he says, nobody will speak Livonian.

"It's a pretty obvious answer when everyone in your village speaks Livonian," he says. "But then you're living in a big town like Riga, and you simply can't communicate. It's hard to explain why anyone would need the language."

Rather, Ernštreits wants to preserve the language with online translators. They aren't perfect, but they're improving. And with enough work, he says, scholars can build a Livonian grammatical database rugged enough to serve as a sort of linguistic ark: "If not for our sake, then for generations to come, maybe."

"For me, it was never a dead language," Ernštreits says. And when he speaks, you believe him.