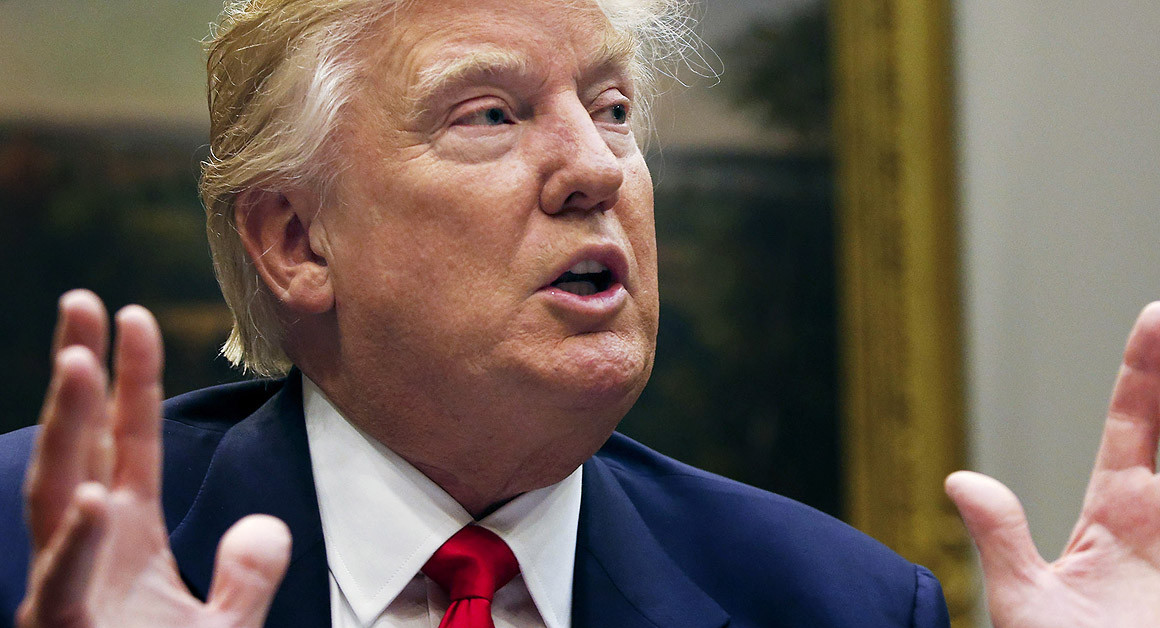 President Donald Trump doesn't like to lose. And when it comes to a health care overhaul, he doesn't consider himself defeated.

Negotiations for a new health care bill are still underway — legislation that, Trump said, some members of the House Freedom Caucus have already promised to support, according to an interview with the Financial Times published Sunday.

"Yeah, I don't lose. I don't like to lose. But that wasn't a definitive day. … There was no reason to take a vote. I said, 'Don't take a vote,' and we will see what happens," the president said in the interview. "But one way or the other, I promised the people great health care. We are going to have great health care in this country. Now, it will be in one form or another. It will be a repeal and replace of Obamacare which is the deal that is being negotiated now."

"And if we don't get the … Freedom Caucus there that would be fine. They're friends of mine. Many of them have already left, and many of them as you know have already given us their vote," he continued. "But when you have zero Democrats, zero, you need close to 100 percent of the Republicans."

Since the American Health Care Act was pulled before it could be voted on last month, Trump has attacked leaders and members of the House Freedom Caucus, the conservative alliance that mostly fought against the measure. Trump has also blamed Democrats and warned that Obamacare will "implode."

But if he can't gain support from the majority of Republicans in the House, Trump is moving on to plan B: Try to work with Democrats.

Trump said that trying to create a new bill with Democrats is "the second way" to go, saying he would "hate to see" that because then the Freedom Caucus "loses so big."