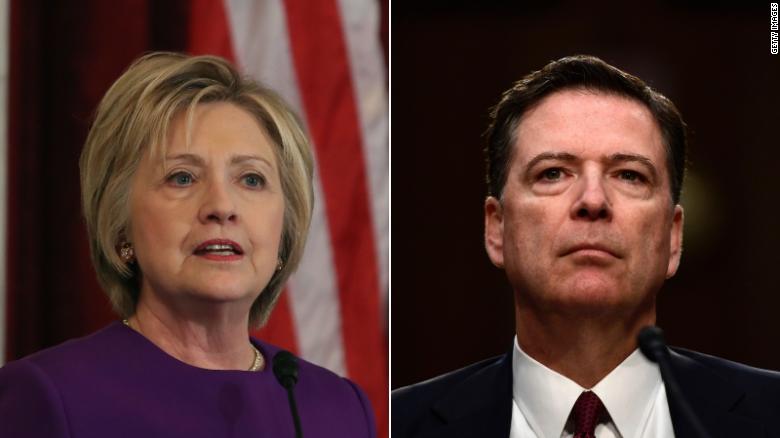 "Doesn't get any lower than that!" Trump tweeted, a day after the highly anticipated inspector general's report was released.

The report chastised FBI officials Peter Strzok and Lisa Page for exchanging a series of anti-Trump text messages, asserting they "cast a cloud" over the FBI's actions. In one, Strzok wrote Page "we'll stop it," referring to Trump's election.

But the report said there was no evidence "to connect the political views expressed in these messages to the specific investigative decisions that we reviewed."

Strzok worked briefly for special counsel Robert Mueller, who is investigating possible Russian interference in the 2016 election. But he was removed from that office after other politically charged texts came to light.

Trump has lambasted the investigation, saying it amounts to a "witch hunt." He has questioned the impartiality of the FBI, and raised the specter of a "deep state" out to get him.

Trump also called the report a "total disaster" for former FBI Director James Comey, whom Trump fired in May 2017. The report called his actions overseeing the Hillary Clinton email investigation "extraordinary and insubordinate" and flouted the department's norms — but that Comey was not motivated by political bias.