Tyrannosaurus rex reigns supreme as the "tyrant king" of the dinosaurs in pop culture, but this iconic meat-eater is just one offshoot of the highly successful tyrannosaur family that dominated Cretaceous Earth.

Now, after 25 years in taxonomic limbo, the fossils of one of T. rex's closest relatives have been officially identified as a new species in research published Thursday in Scientific Reports. A team led by Thomas Carr, a tyrannosaur expert and professor at Carthage College, named the carnivore Daspletosaurus hornieri in honor of renowned paleontologist Jack Horner, who first described the species in the early 1990s when its remains were found in Montana's fossil-rich Two Medicine formation.

"The first skull of D. hornieri appeared in the literature in 1992," Carr told me over the phone. "It's been 25 years before this dinosaur got a name."

Carr and his colleagues weren't content to simply christen D. hornieri, and call it a day. They also laid out a compelling hypothesis about the carnivore's evolutionary origins, along with an extensive reconstruction of its facial appearance and sensitivity. This means three big findings are bundled into one paper—a genuine motherlode for all the tyrannosaur fans out there.

Take the surprising discoveries the team made about the face of D. hornieri (and by extension, its close relatives). The adult skull measures close to one meter in length, with a body that stretched around nine meters from snout to tail, 25 percent smaller than T. rex. By comparing the fossil skull's exceptionally well-preserved skeletal texture to that of its closest living relatives—crocodilians and birds—the researchers could predict the soft tissue and scale patterns that enveloped its head. 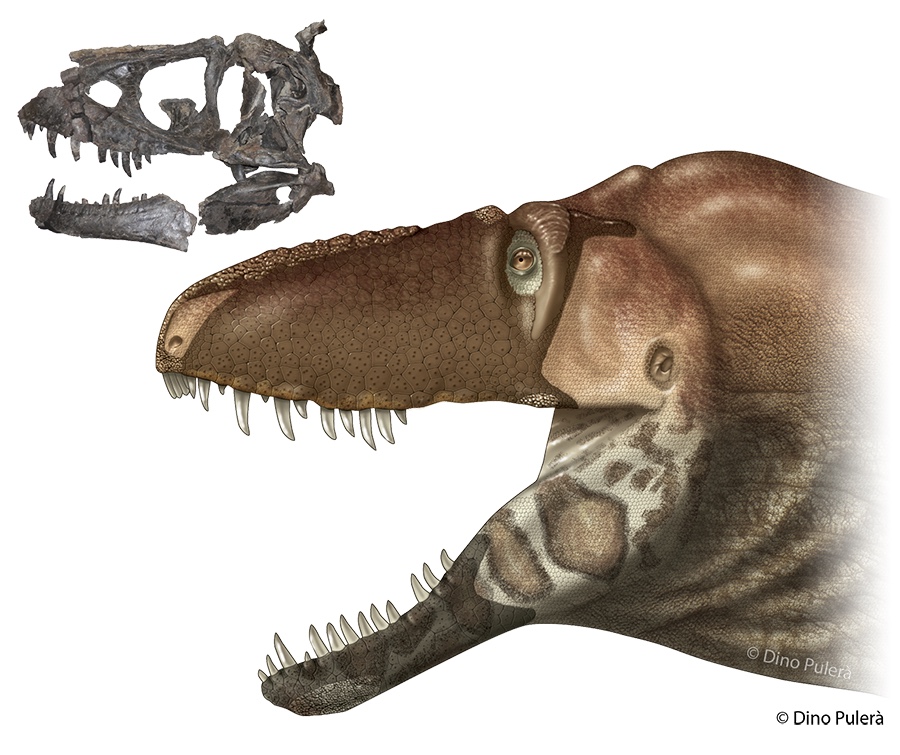 Reconstruction of Daspletosaurus horneri, based on the distribution of texture on the facial bones. Image: © Dino Pulerà

The results showed that D. hornieri had diverse facial features, including tough patches of protective skin, hard horn structures, and flat scales that closely resemble the hierarchical patterns seen in modern alligators. "Not only do tyrannosaurs have the fundamental flat scales, but they also have armor-like skin and horn on their heads," Carr told me. "They have this variety of integumentary structures on their faces. That was a surprise."

Read More: Tyrannosaurs Got Smart Before They Got Big, Paleontologists Say

But perhaps the most intriguing and unexpected discovery was that tyrannosaur snouts may have been more sensitive to stimuli than human fingertips.

"Tyrannosaurs, like crocodilians, have many openings for the trigeminal nerve, which brings back tactile sensations from the snout back to the brain," Carr said. "The sheer number of these openings are very close, if not identical, to crocodilians, indicating a very similar sensitivity."

This tactile snout suggests that tyrannosaurs may have used their faces for prey capture, sizing up rivals, and for intimate behaviors like nest maintenance and courtship. Perhaps amorous tyrannosaurs rubbed their snouts together in a Cretaceous riff on kissing. Given that crocodilians indulge in elaborate mating displays, tyrannosaur love may have involved similar rituals.

"We don't know if we're right," Carr cautioned about the findings. "We think we are. We think the skeletal evidence is compelling and convincing. But it remains to be tested by finding an exceptionally preserved tyrannosaur mummy with integument preserved on the head, face, and jaws." 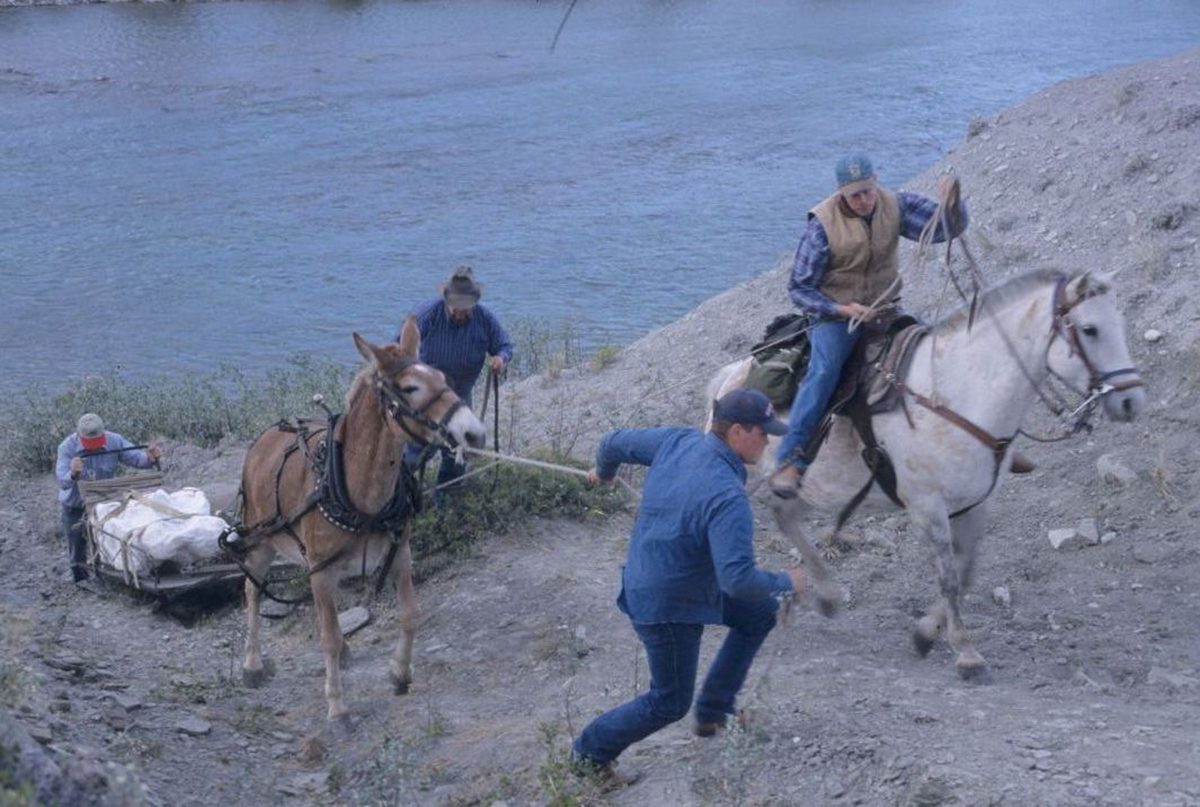 The adult specimen of D. horneri (MOR 1130) removed by a mule-drawn sled in August 2001. The crew are the outfitters from the Sun Canyon Lodge (MT). Image: David Varricchio

While we wait on the discovery of tyrannosaur mummies, Carr and his colleagues plan to further delineate the evolutionary processes that gave rise to species like D. hornieri. For instance, this study proposes that D. hornieri anagenetically evolved from a parent species, D. torosus, meaning that the two sister species never coexisted in time. This is in contrast to cladogenesis, which Carr calls "the default hypothesis for speciation," in which a daughter species branches off from a parent lineage, but both species still synchronously exist. Well-preserved fossil beds, like those within the Two Medicine formation, contain sedimentary layers of closely related species that capture "virtually continuous sequences of time," Carr said.

"So, we're in the position of asking the question: Which mode of speciation happened? Are there rules that govern how species change over a period of two or three million years?" he told me.

"It opens up questions about the dynamics of evolutionary change."

Subscribe to pluspluspodcast, Motherboard's new show about the people and machines that are building our future.